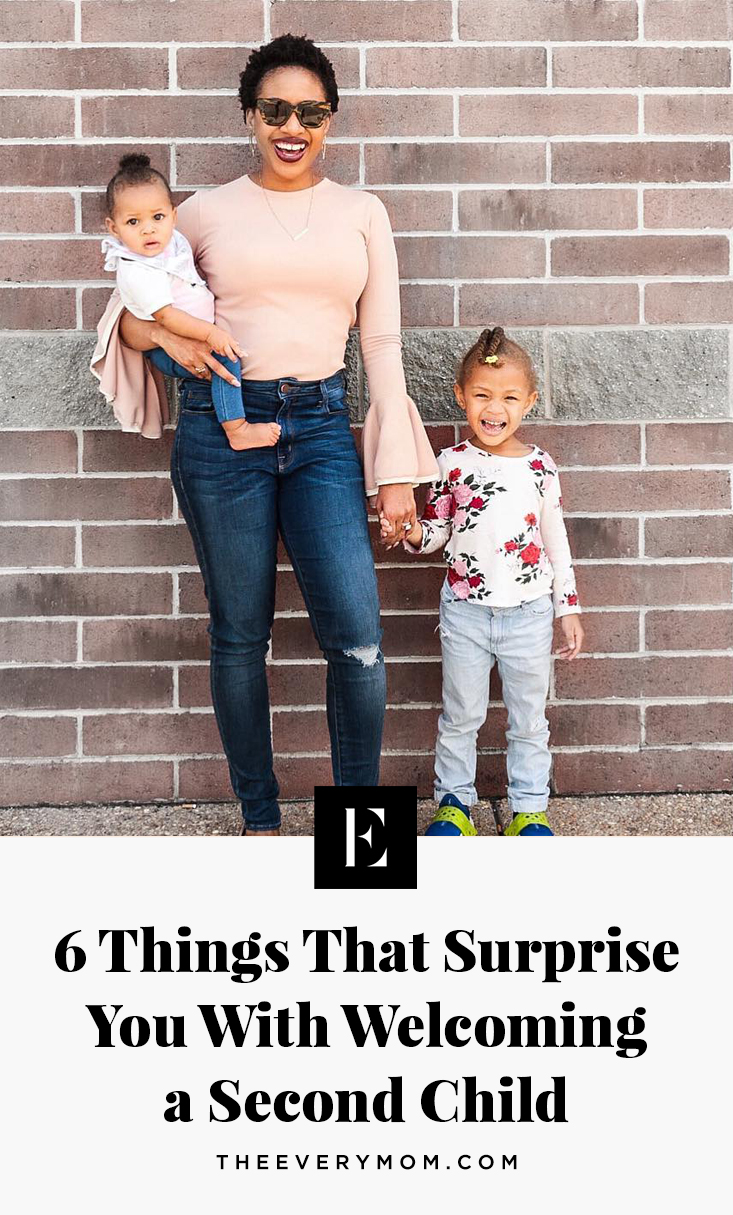 Becoming a mom is the most life-changing thing to ever happen to me, and I know this is true for a lot of women.

When I got pregnant with my second child, though, I figured I had this whole mom thing down. Bringing a fresh new baby home from the hospital was a reality check and I quickly realized that just because you’ve done it once before, doesn’t mean it’s going to be a cakewalk the second time around.

It all started in the hospital. I was so excited and nervous and anxious for my older daughter to meet her sister. The meeting went well. My older daughter was curious and cute with the baby, but once baby sister started crying and I went to nurse her, my toddler lost it. My husband had to take her out of the room kicking and screaming and both she and I had tears streaming down our faces. I had just gotten my first crash course of being a mom of two kids.

It turns out, just because you’ve done it once before doesn’t mean you are an instant parenting expert. I am still learning each day.

These are the things that surprised me the most about bringing home a second baby:

1. The things that worked with the first kid, won’t work with the second.

I mean this one seems pretty obvious, but I kept saying things like “with my older daughter I did this,” only to be constantly reminded that this child is a completely different person, so of course things that “worked” with my first one wouldn’t necessarily work the second time around.

It was humbling to say the least.

Basically, I was starting from scratch regarding all of the seemingly basic things, from sleeping to feeding and everything in between. It took us a little while to find our groove and get to know this new baby, her individual personality, and her likes and dislikes. 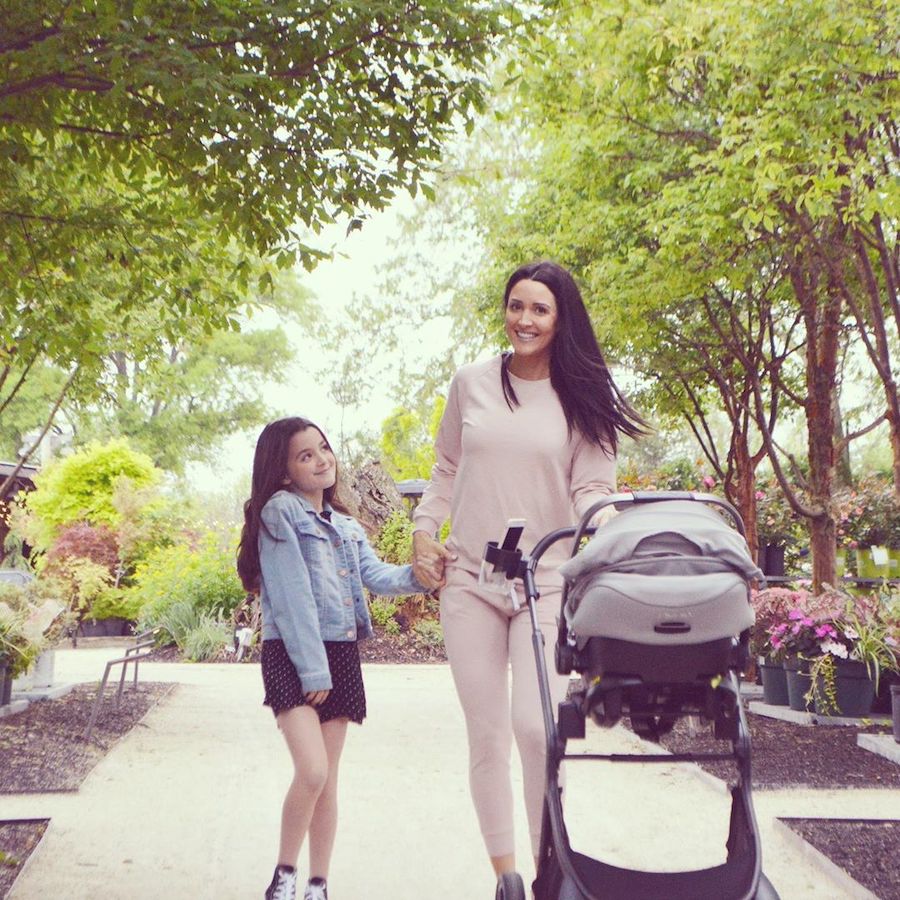 2. The transition from one to two kids is hard.

I thought the learning curve was sharp when you’re having your first (because, hello, you’ve never done this before) but believed that by the time I had my second, I’d feel like an old pro.

Yes, certain aspects were a bit easier because I knew what to expect with a newborn, but everything else seemed so much harder. All of the pressures just seem amplified and now that there are two tiny humans depending on me for their survival — it can be overwhelming.

Dividing my time between both kids’ needs is the most difficult for me and I really struggled during those first few weeks. Eventually, we settled into a semblance of a routine and luckily as each week passed, things got a bit easier. Like everything in motherhood, it’s important to remember that this phase will pass.

3. Your older child is still going to need you.

The age gap between my daughters is a little over two years, but there’s nothing that makes your toddler seem so big more suddenly than bringing home a newborn baby.

My older daughter was very verbal and pretty self-sufficient, so I imagined her being my little helper with the baby. In hindsight, my expectations of her were unrealistic — she was only two after all. But compared to the baby, she seemed so big and grown and I was frustrated at her lack of independence at that time.

Now looking back, I recognize this was just her way of reminding me that she’s still quite small herself and needs her mama. It served as a good reminder for me to focus on her and give her the undivided attention she needed whenever I could.

4. You become a new kind of tired.

I laugh thinking back to when I thought I was tired with one kid (and I was!). But this tired is very different.

Let’s just say, the whole “sleep when the baby sleeps”’ saying is not possible when you’ve got two kiddos on two different schedules. My second was a really easy baby in comparison to her sister but still, babies need a lot in those early days. Between the nighttime wakings of my newborn and the daytime needs of my toddler, I was downright exhausted. Coffee was flowing in copious amounts.

I think women just have it built into their DNA to function on little sleep because within days, my body adjusted to this new normal. Yes I was tired, but I also knew that slowly but surely, things would improve (because I had been through it before).

And let’s just say on those few unicorn days when I got the girls to nap at the same time, I took a much-needed break myself. 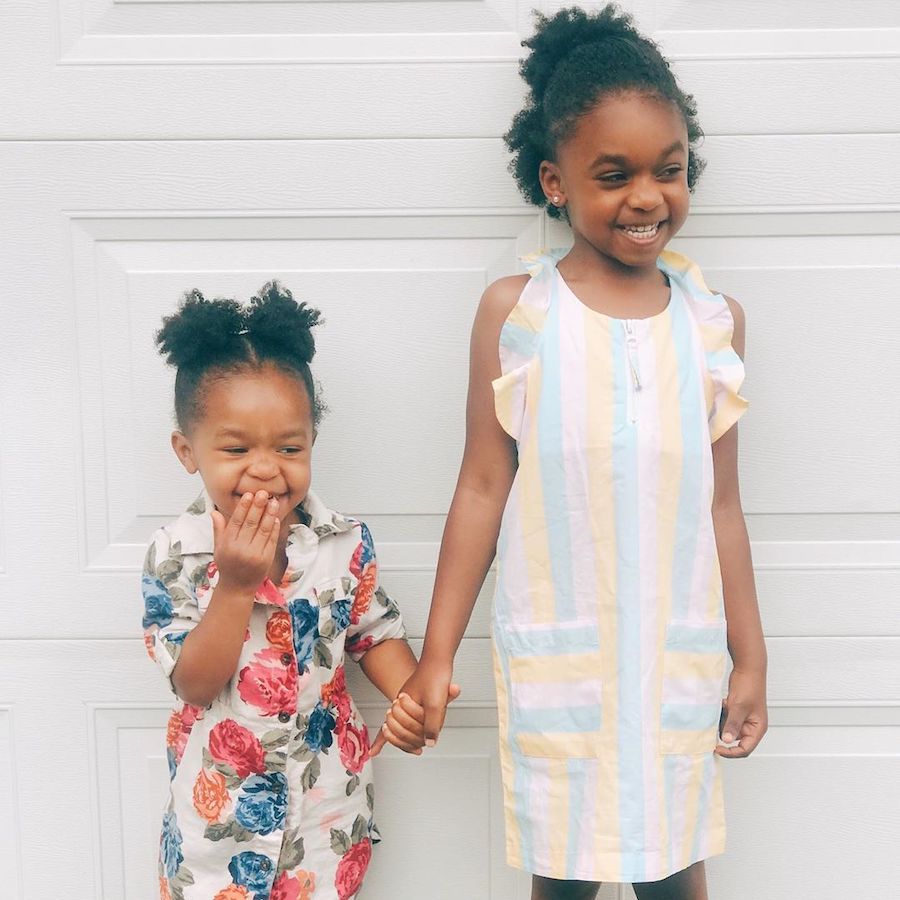 When I look at my daughters, I still sometimes can’t believe I made them both. It’s truly a surreal feeling.

And watching them develop a sweet relationship of their own is downright magical. Sure, it’s not always hugs and kisses and though baby sister is still quite young, she’s already making her opinions known when her older sister takes her toys away or “accidentally” hits her head. But, I often look at them and envision what their lives will be like and how their bond will grow.

As one of five kids myself, I know what a gift having a sibling is and I hope they’ll both appreciate one another in the future.

6. You forget what life was like with just one kid very quickly.

It really does happen instantly.

After bringing our new baby home from the hospital and amid all the chaos that comes with having a newborn and toddler at home, my husband and I looked at each other and couldn’t imagine a different reality. Our lives simply shifted to make space for this new member of our family and there was no looking back.

The biggest and best surprise has been the amount of joy her presence has added to our lives. Life is certainly a bit crazier and more complicated, but it’s also so much more full of love and laughter.

To the mom who is expecting her second, trust me, you can do this.