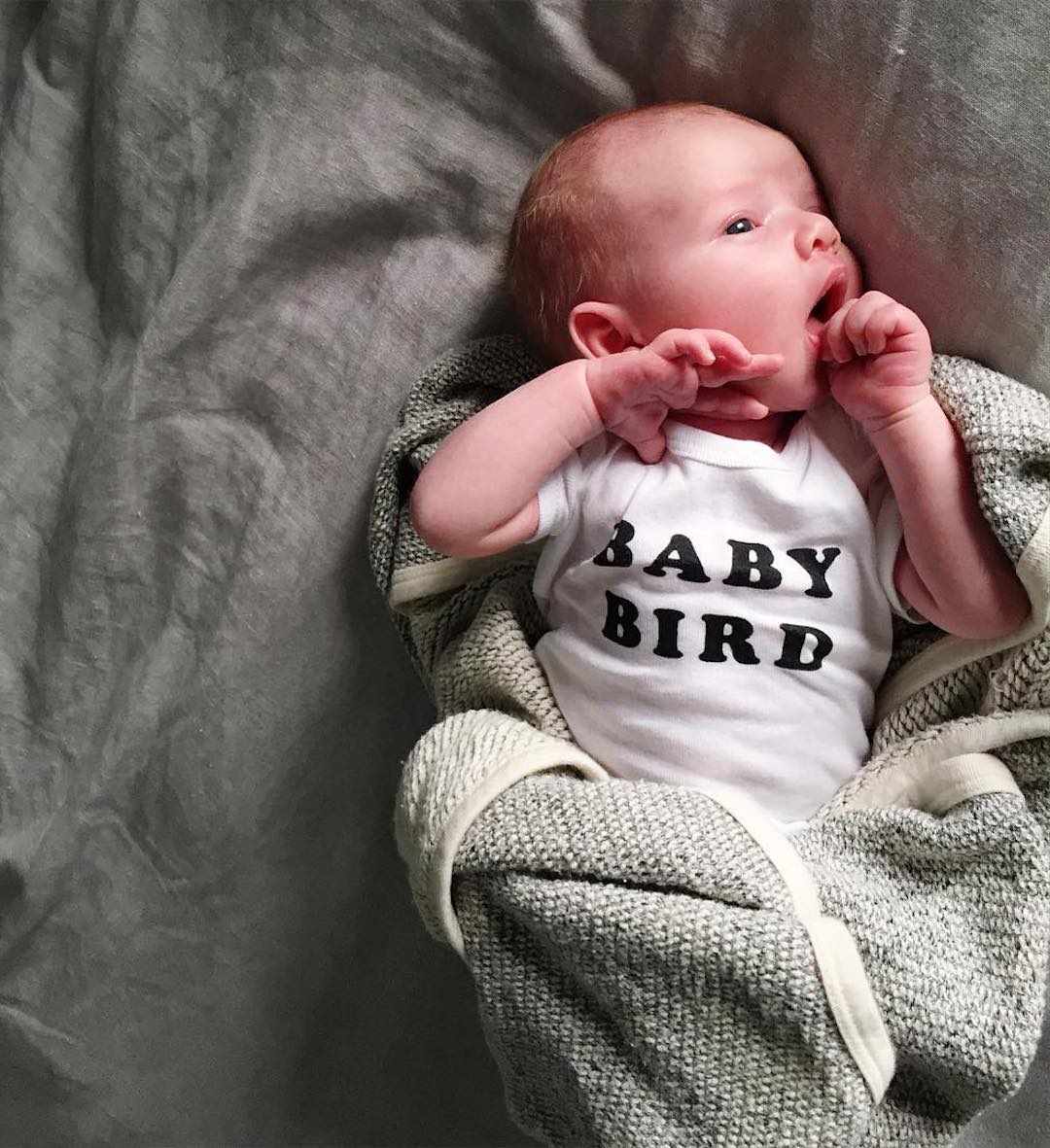 When I had my third baby, I was confident I knew everything I needed to get through that sleep-deprived first year. But, as many moms learn the hard way, even the most experienced mothers go through challenges with their little ones that they know nothing about. For me and baby number three, that new struggle was colic and infant reflux. I remember Googling symptoms and signs late into the night looking for comfort. So I thought I would save another mama the struggle by sharing my experience.

Looking back, my baby showed some signs of reflux while we were still in the hospital (we had to stay an extra week due to some delivery complications). I remember the nurse coming in to give my son oral medicine and he would make this sound like he was gasping for air. The nurse and I both mentioned it, but he was fine otherwise. The gasping became worse later on, often when I gave him medicine or when he would nurse. We later figured out the gasping noise was because of reflux, and it made him feel like he was choking when we were trying to get something else down.

We went to the pediatrician who told us, ‘Sounds like colic. He’ll grow out of it eventually.’

By 2 weeks old, my son had full-on colic—screaming for hours, not sleeping, writhing-in-pain colic. It was horrible. He also would wake himself up with hiccups or spitting up about two hours after feedings. While he spit up breastmilk during and right after feedings, he also spit up a lot of clear fluid a couple hours after feedings, which is even more indicative of reflux.

He also showed the following signs/symptoms of colic and infant reflux: 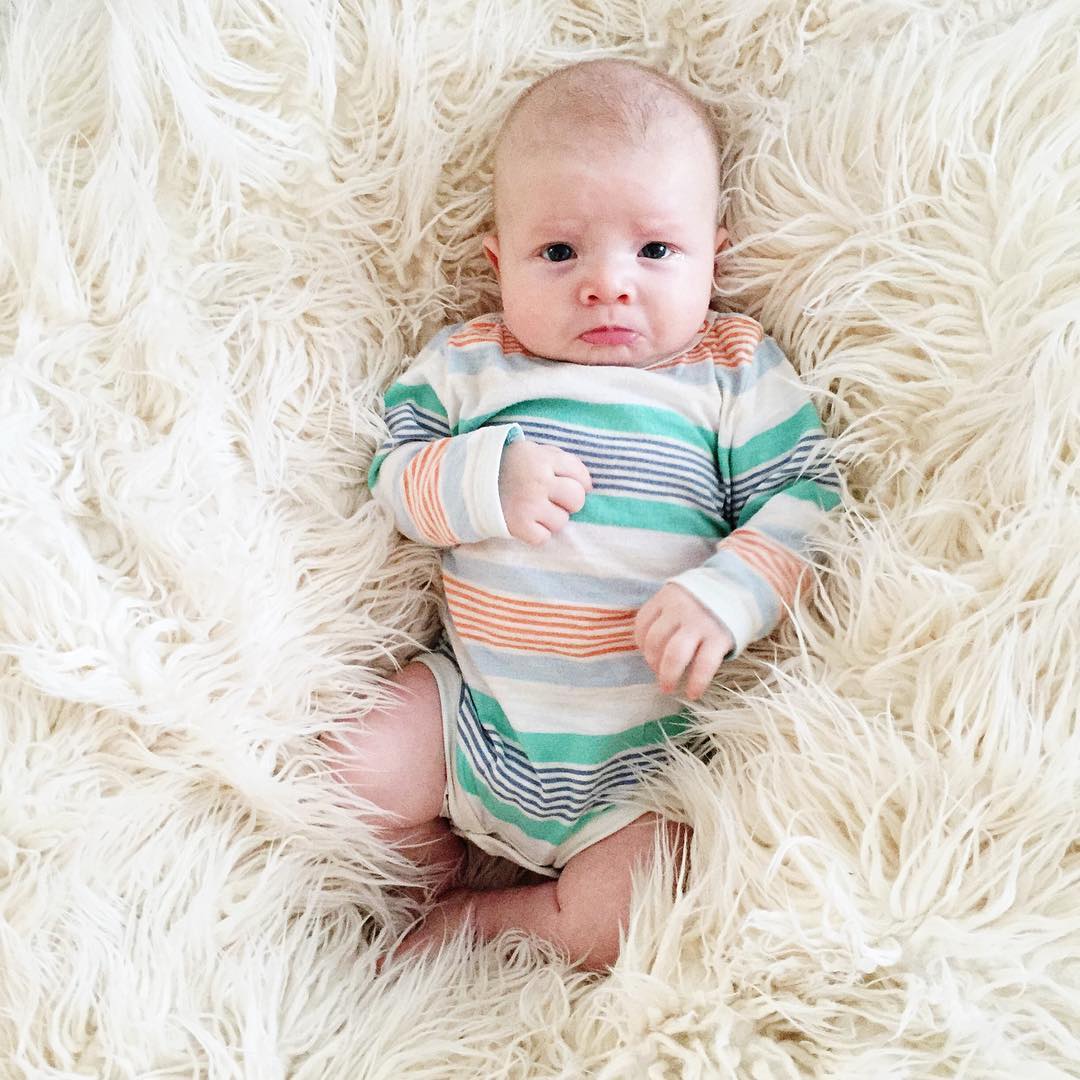 We went to the pediatrician who told us, “Sounds like colic. He’ll grow out of it eventually.” But this was my third baby and my gut told me it was more than that. I just knew something was causing the colic—it was a symptom of something bigger, not the main issue. I could tell my baby was suffering, I sure wasn’t just going to “wait it out.”

If you think your baby has colic or if he or she is showing colic-like symptoms, read on for eight tips that helped me deal with colic and infant reflux. Because you and your baby do not have to suffer and just “wait for him to grow out of it.”

In this article
1. Limit dairy, soy, citrus, caffeine, etc.
2. Elevate the baby while sleeping
3. Ditch the infant car seat
4. Elevate baby when eating
5. Hold baby upright for at least 30 minutes after a feeding
6. Try a probiotic
7. Find hands-free spots that position baby comfortably
8. Talk to your pediatrician about medication

After doing some research online and talking with some mom friends, the first change I made was to cut dairy from my diet, as I was exclusively breastfeeding. If you formula feeding your baby, there is dairy in regular formula as well, so try switching to a hypoallergenic formula like Nutramigen or Alimentum. After cutting dairy, Quincy was happier more often than not.

In addition, I limited soy, citrus, caffeine, chocolate, and eggs. Here are a few of my favorite non-dairy substitutes or dairy-free things are (aside from the obvious fruit and veggies):

2. Elevate the baby while sleeping

Of course, sleeping babies on their back is safest and most recommended, so you should always talk to your pediatrician about alternate sleep arrangements. Babywearing for naps is a great way to keep baby upright and possibly more comfortable. If you would prefer to have your baby in a crib, you can buy a wedge and a sleep positioner to keep baby from rolling or sliding down when elevated—but they should always be supervised. 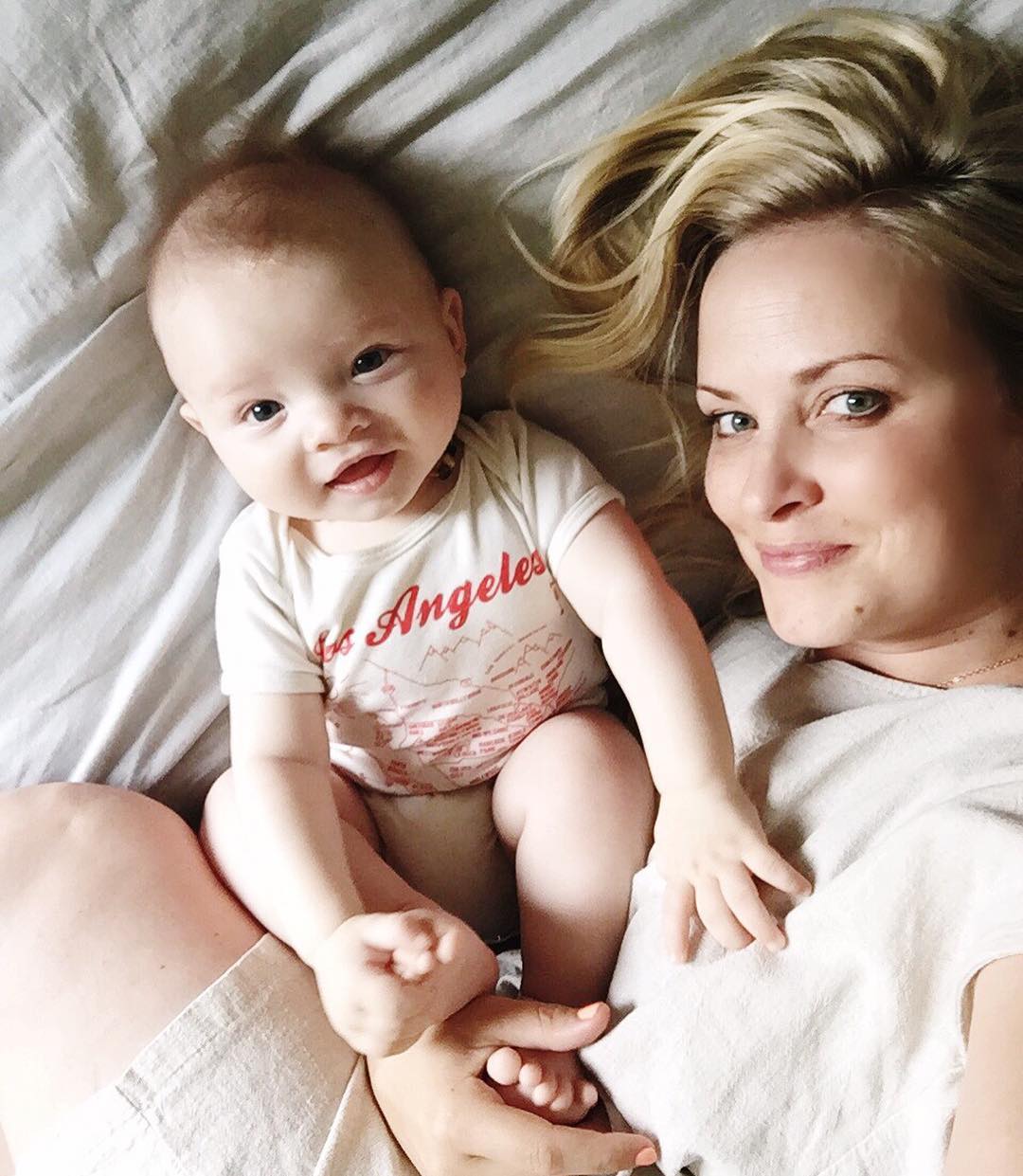 My son absolutely hated being in his infant car seat or anything that put him in a curled position. I later realized that the reason Quincy screamed anytime I tried to put him in the stroller or car was because his infant seat curled him into a position that made his reflux even more uncomfortable. I thought it would be okay because he was in a position that kept his head elevated, but it made him worse.

There wasn’t much I could do about it except switch him to the stroller seat and a convertible car seat and ditch his infant seat sooner than I normally would have (because the convenience of an infant seat is unmatched when you have a sleeping infant) but at least I understood why he hated being in the car and screamed bloody murder the entire time.

If you nurse, try to elevate baby on the feeding side. I used this nursing pillow (it’s firmer than many others and therefore more supportive) and prop it higher on the feeding side. This meant I mostly nursed sitting up, as side-lying or similar positions kept Quincy too flat. If you bottle feed, pick a slow-flow, anti-colic bottle like these.

5. Hold baby upright for at least 30 minutes after a feeding

I kept Quincy upright for 30-60 minutes after a feeding. This makes nursing to sleep and night feeds challenging. If he fell asleep while nursing, I would just hold him upright on my shoulder, burping him off and on until I got a few good ones. And then when I laid him down, he was still elevated. Also, babywearing can be a huge help to make that time go buy quickly. 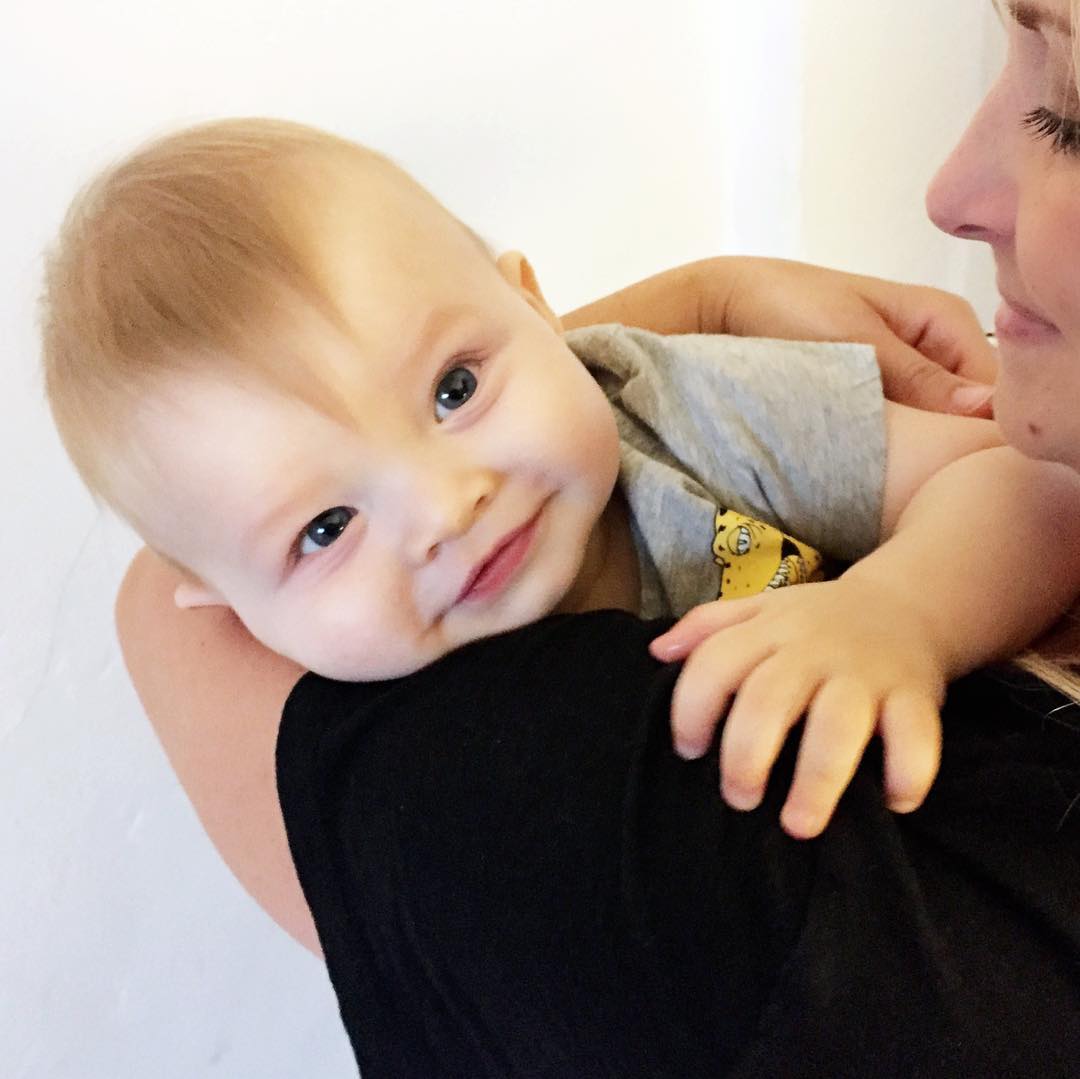 I tried pretty much everything – natural and homeopathic remedies, visiting a chiropractor, pediatrician visits, medication, all of it. I was recommended different probiotics, and the one that I found most helpful was the one my pediatrician recommended: Gerber Soothe. Another one that’s highly recommended is BioGaia. It’s targeted to help with both colic symptoms and food sensitivities. Note: it can take 2-3 weeks for a probiotic to take effect.

For us, the two things that worked best for keeping Quincy comfortable but let me have some hands-free time were the Baby Bjorn Bouncer and the 4Moms mamaRoo. Other rockers, swings, and bouncers that we had from my first two babies didn’t work well for Quincy. He could tolerate them for maybe five minutes but then he would start with the choking sounds, spitting up, and getting fussy. Oh, and he HATED getting sink baths (similar positioning as the infant car seat) but loved baths in this bath seat in the tub. It made bath time so much more enjoyable for both of us!

8. Talk to your pediatrician about medication

I would have preferred not to medicate a baby so young, but I also prefer for my baby to not suffer unnecessarily or have permanent esophageal damage from untreated acid reflux. After seeing how much pain Quincy was in and talking to his doctor, I decided that medication was right for us to try.

We started on Zantac and noticed an immediate improvement. But, after a couple of weeks, that went away, which is normal. So, after a month on Zantac, we decided to switch to Prevacid (a Proton Pump Inhibitor, or PPI). PPIs can take at least two weeks to start working, so we continued with our Zantac in addition to the PPI until it ran out. I noticed more improvement with Prevacid.

However, Quincy was rapidly gaining weight, so about every two weeks when we would need a new dose, he would start to regress a bit—we realized that he had gained weight and needed a higher dose. Finally, when he was around four months old, we reached a good dose that worked for us for a couple of months. 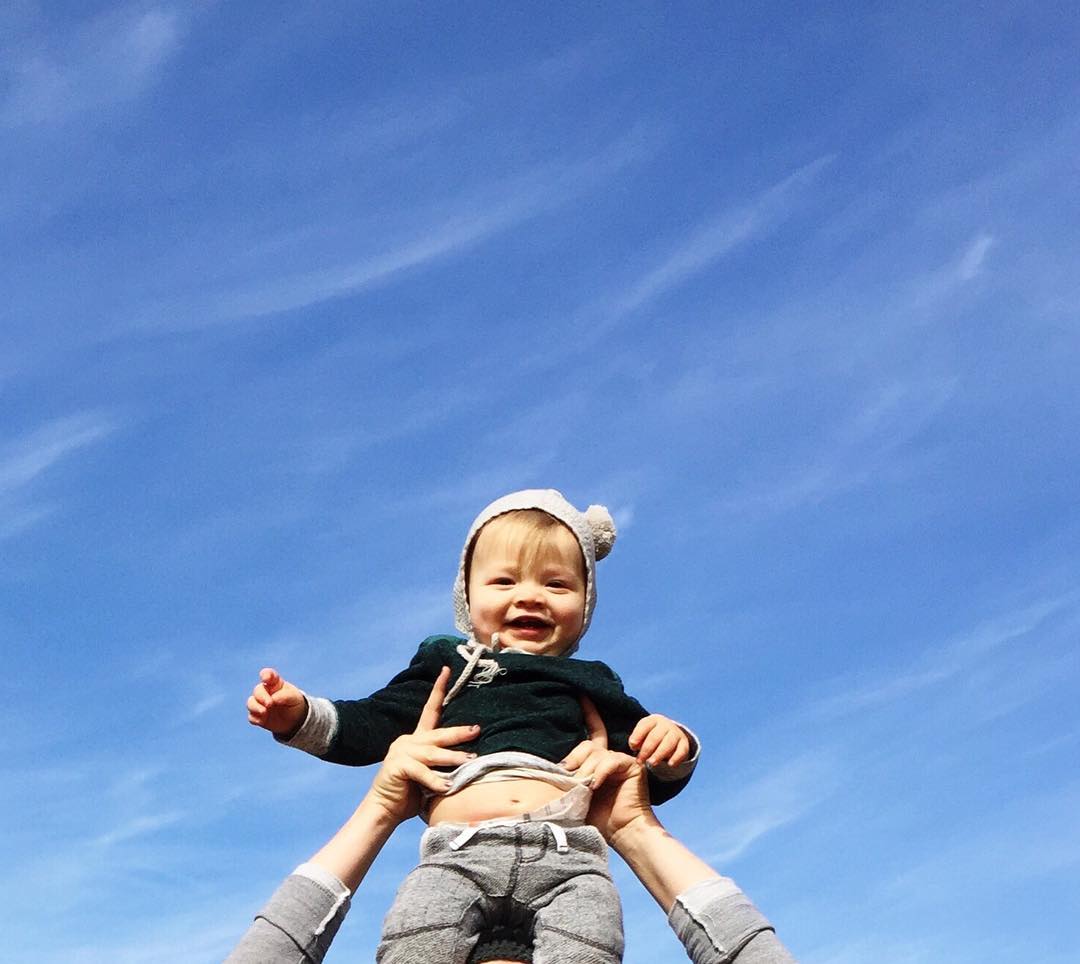 If you’ve tried the medications only to have them work and then stop working, or you’ve maxed out on the dose your doctor prescribed and aren’t finding any more help from your pediatrician, this support group on Facebook has a lot of helpful information for babies with severe cases of reflux.

By the time my baby was around nine months old, his issues had completely resolved. He was still breastfeeding but I could have dairy again and we completely weaned off all medication. It was an incredibly exhausting and intense nine months, but we survived. 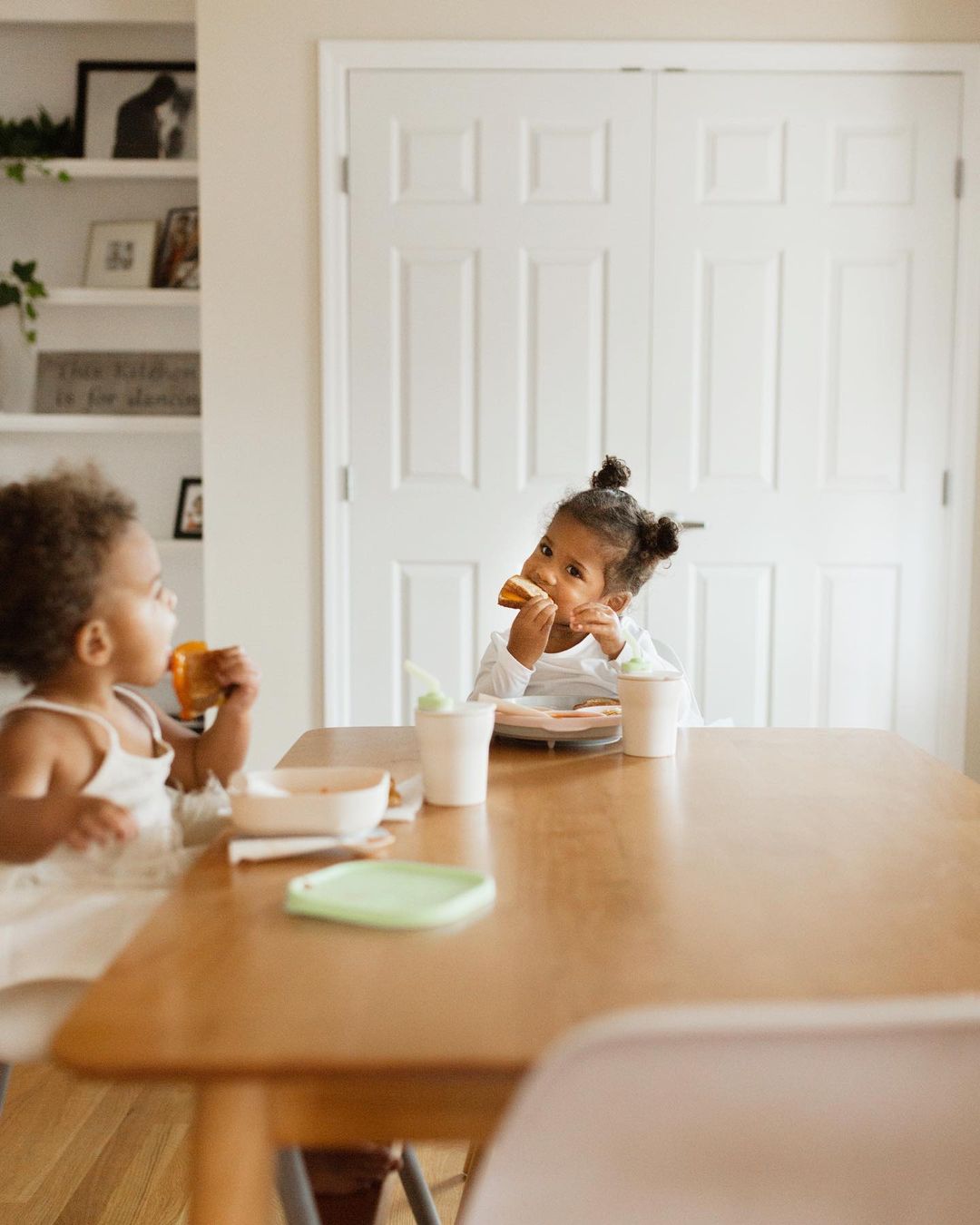 What Is Baby-Led Weaning? Everything You Need to Know
READ MORE