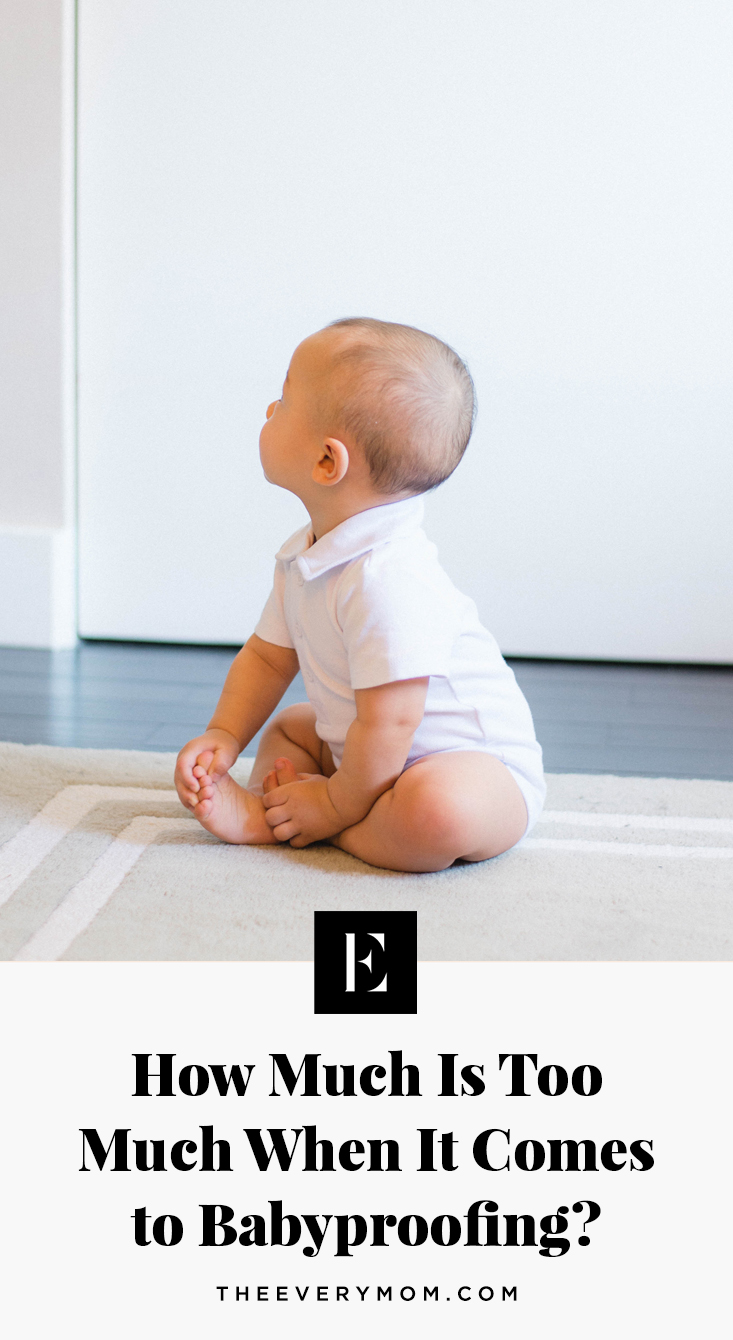 After spending the better part of a month and nearly $500 anchoring furniture to my walls, installing toilet locks, and putting bumpers on every corner and sharp edge in my home, I starting reevaluating my stance on babyproofing.

My initial thought was always the more the better. After all, what kind of parent wouldn’t negate a risk if they could? My mom instincts told me that some aspects of babyproofing are probably necessary – anchoring heavy furniture to the wall, for example.

But after the third week of frantic Amazon ordering, I had to ask myself: was I going overboard? Was I creating a false sense of security for both myself and my newly-mobile 1-year-old? Was I depriving my son of crucial learning experiences – learning about boundaries, cause and effect, and navigating the real world outside our home, sharp corners and all?

There’s no right answer, of course. But, here’s how I found a happy medium when it comes to babyproofing.

Babyproofing a sliding glass door when you have a pool in your backyard isn’t a replacement for teaching your child how to swim. Installing a baby gate in the doorway to your kitchen won’t teach them that the stove is hot and could burn them. Keeping staircases perennially sealed off won’t help them learn how to scale them safely.

Once I realized that babyproofing was creating a false sense of security around all those scary thoughts that crept into my mind late at night (is any mom immune?), I become empowered to take action.

Sure, doing mommy-and-me swim classes in a 90-degree indoor pool in the Florida heat isn’t how I’d like to spend my ideal morning, but knowing that it can help my son know what to do in case he falls into a pool unattended is worth every sweaty moment.

Another thing I’ve employed in lieu of babyproofing? Saying the word no. Stoves are hot, that means no. The ball is too small to chew on, so that’s also a no. You get the idea. 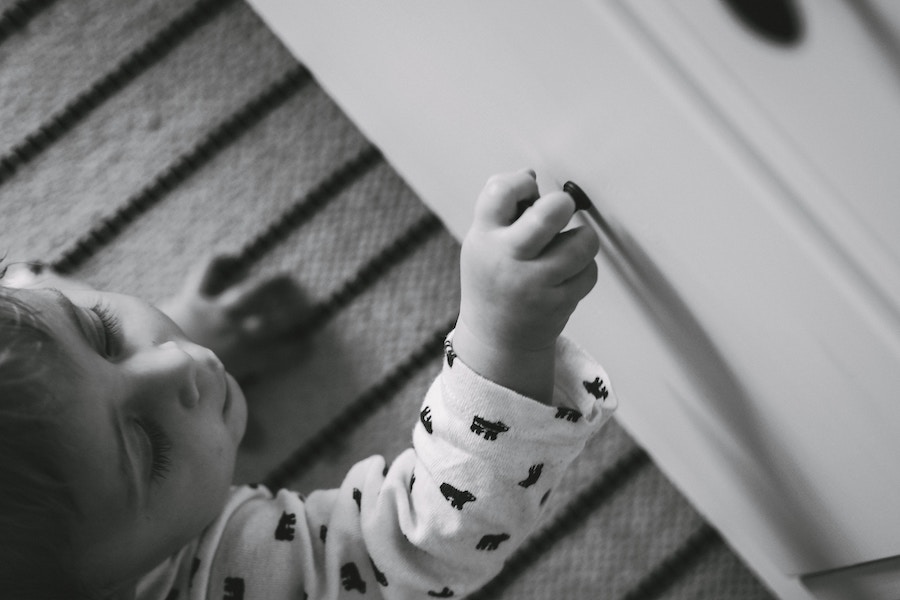 I once spent an entire afternoon trying to figure out how to keep my son from opening drawers. Yes, drawers. Finally, it hit me. Why should I? Worst-case scenario, he’ll smash a finger — but he’ll be more careful next time. He may even stop opening his dresser drawers and throwing the neatly-folded articles of clothing out like confetti. (A mom can dream, right?)

And you know what? He has closed the drawer on his finger. He even once closed it on his entire arm. But he wasn’t hurt, and I’d like to think he learned a little bit about cause and effect in the process. He’s still obsessed with how drawers work, so for now, I let him do it. Who knows, maybe he has a future in engineering.

Realize You Can’t Protect Them From Everything

Sure, I can prevent my son from splitting open his head on those unavoidable corners or sharp edges by covering them with sticky padding. I can put away toys with small pieces until he’s exactly the recommended age to avoid choking hazards. I can even prevent an accidental electrical shock by covering the outlets with those tiny, impossible-to-remove outlet covers.

But I can’t protect him from bullies at school, sports injuries when it’s finally time for him sign up for Little League (or worse, football), or from failing as a young adult. I’ve realized that going overboard with babyproofing was my way of protecting him while I still can, while his problems are still as small as he is.

I want to protect him from everything, but that’s impossible. What I can do is help him prepare for all of life’s little (and big) pains. 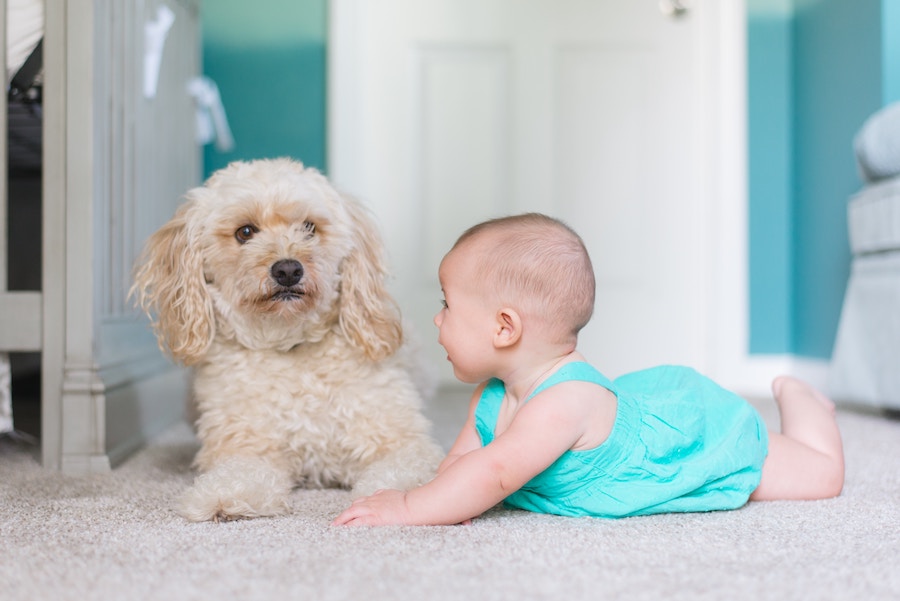 When my son was a newborn, I was perpetually terrified that he’d stop breathing at night. I followed the American Academy of Pediatrics’ safe sleep rules to a T. I bought the expensive, mesh-sided bassinet. I’d place my hand on his chest four, five, six times every night, even though he was sleeping in his bassinet just feet from my bed. Finally, I’d have to convince myself to let go, and I’d finally fall asleep.

Since then I’ve learned that letting go is simply just part of being a parent. I’ve had to let go many times over since those early newborn days, from leaving him with a new babysitter to going away for the weekend to letting him crawl into the next room out of sight, if only for a few moments. It’s hard.

But I know I have to let go in order for him to grow up. And sometimes, that means being realistic with babyproofing.