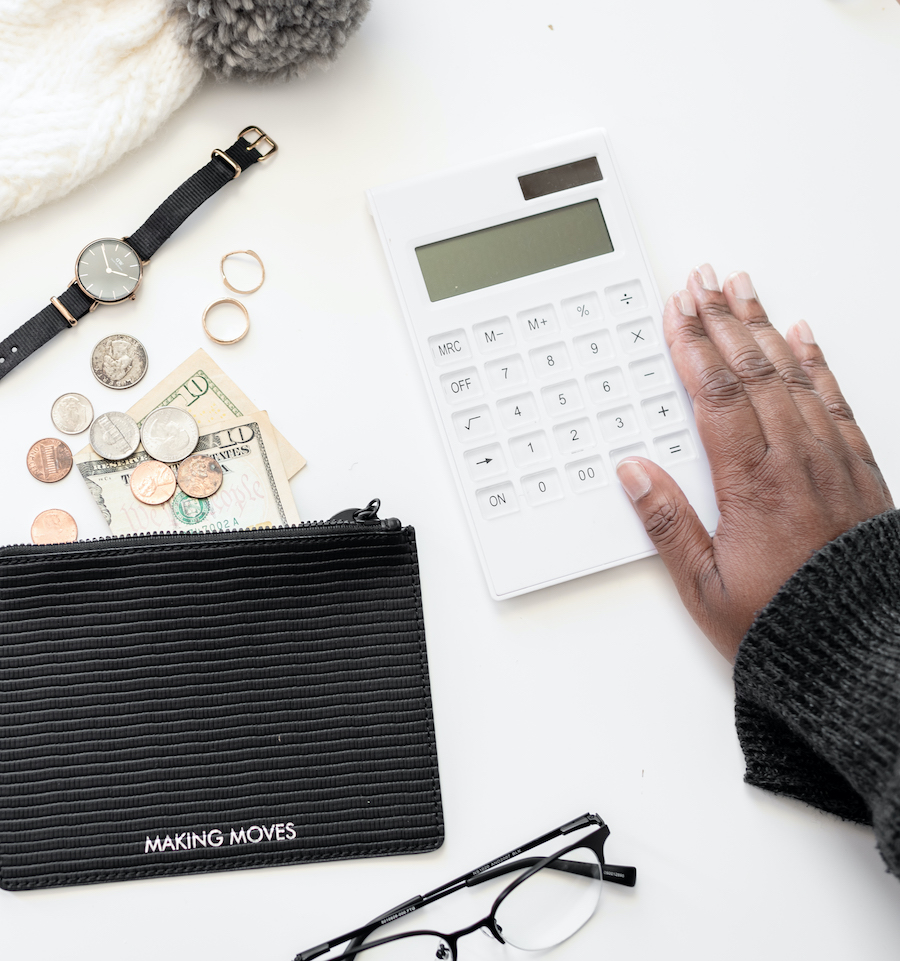 When I was little my nonna (grandmother) would take my brother and me on a walk to the dollar store every Saturday while my mom worked. Without fail, she would present us with a crisp dollar bill for us to either spend on a bright plastic toy or to keep and save. My brother would barely have the bill in his hand before he lurched towards to toy aisle, as our grandmother tried to keep up.

While my brother chose without hesitation, I never failed to overthink the merits of saving versus spending that precious dollar bill. And after an internal debate and cursory glance at the store’s offerings, I nearly always kept the dollar. My fraught relationship with money did not change much until I got married.

My fraught relationship with money did not change much until I got married.

Money can be a very stressful topic in families. I saw my mother struggle with the lure of credit cards growing up. So I knew I never wanted to be in a situation where I had to have my children hide bills from their father or lie to debt collectors on the phone. 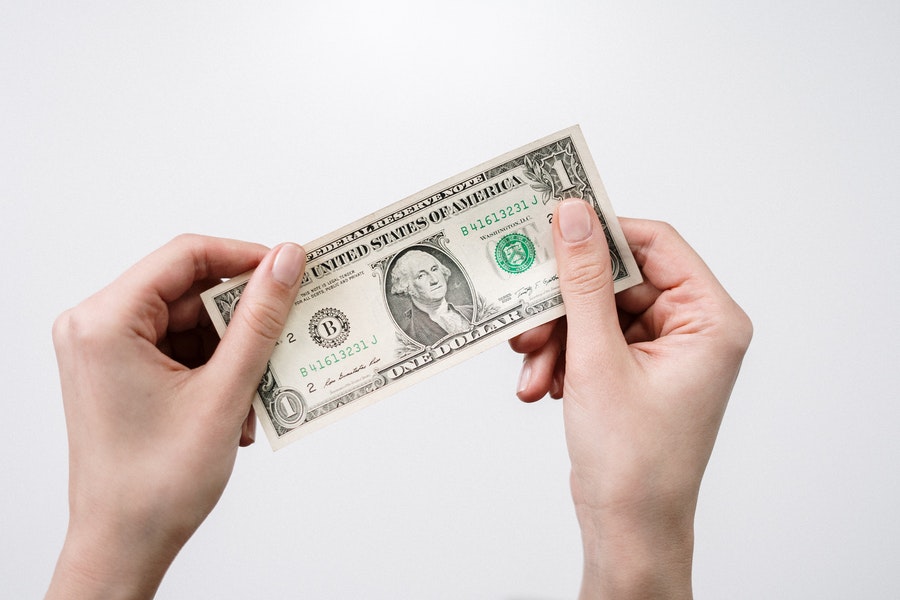 As I grew up, the disparity between my parents’ relationship with money left me anxious and constantly at war with my desire to save and the lure of spending with credit cards.

My parents were very old fashioned and tried not to speak to my brother or me about bills until we were old enough to work. But my mother struggled with certain obligations like paying for our health insurance and school supplies due to her trouble with saving. She hesitated to ask my father for help in budgeting for family expenses. I saw how losing control of your finances could quickly lead to debt collectors calling on the phone or asking your children for gas money.

As I grew up, the disparity between my parents’ relationship with money left me anxious and constantly at war with my desire to save and the lure of spending with credit cards.

I can never be 100 percent sure why my mother’s relationship with money was so different from my father’s, but from the pieces I’ve picked up over the years, I learned my mother was never allowed to keep any of the money she made until she was married. She had always worked to help her parents pay the bills.

While I understood and sympathized, it was something I never wanted to do as a parent.

When I met my husband in college, we quickly fell hard and were extremely happy except for some major disagreements over one topic: money.

My husband came from a family who didn’t meticulously add up groceries during a shopping trip, having to put things back at checkout when they realized their math was wrong. He rarely looked at prices and did not have to worry about paying student loans, because his father was able to pay for him.

While I understood and sympathized, it was something I never wanted to do as a parent.

There were times where I envied his allowance and as we continued to get serious, I had trouble letting go and letting him pay or “treat” me to gifts. I didn’t want his family or anyone else to think I was with him because of it.

With each meal we shared or date we went on, I demanded I pay for half. By the time holidays and birthdays came along, I put limits on the amount of money he could spend. It didn’t take long for him to grow frustrated and talk to me about my spending, or lack thereof. I’d gone from being a typical frugal college student, to a person who felt guilty for spending money on necessities like medication I really needed or the laptop required for school. 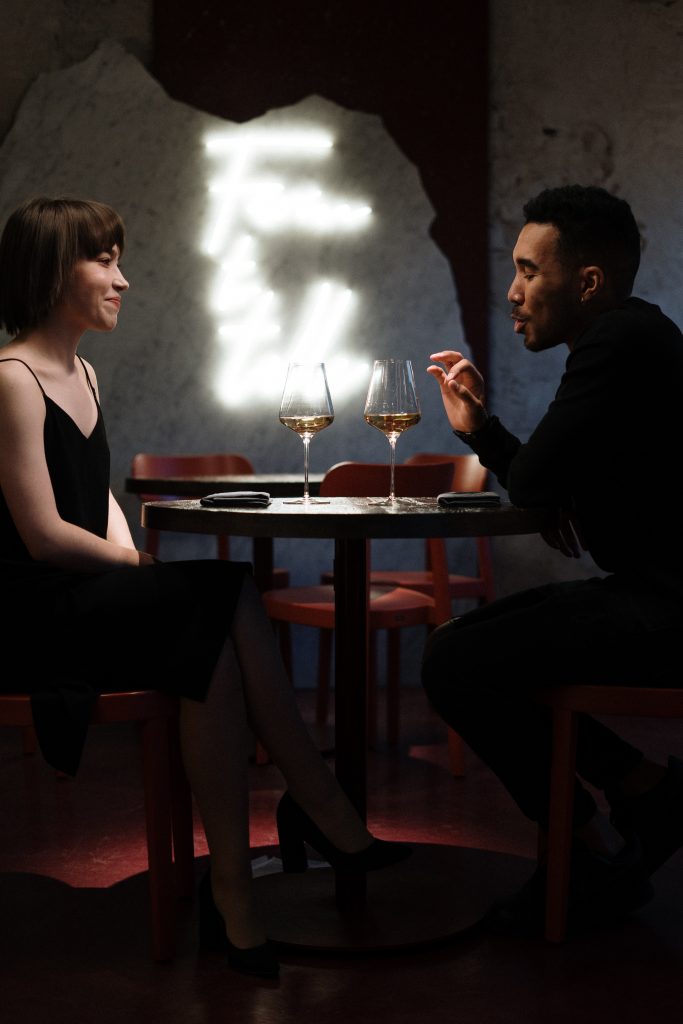 I worried all the time about being in debt. From the moment my student loan was approved, I’d been anxious about the time it would take to pay back. How would I afford to get married? To ever have children? These were things he didn’t stress about and by the time we were getting married just shortly after college, it grew worse. We had gotten pregnant and, due to some health complications, we agreed that it would be best for me to become a stay-at-home mom.

For the first time in my life, I had someone take care of me without conditions. However, the guilt over not making my own money plagued me until my husband sat me down and showed me our bills and what child care would cost. Seeing the cost savings of me staying home in black and white, with what he would make versus us both working, made me see his point clearly. Staying home wasn’t me being lazy, but simply the best decision for our family at that time. And yet as our relationship grew and my career later flourished, I still struggled with what I deemed erroneous spending.

However, the guilt over not making my own money plagued me until my now husband sat me down and showed me our bills and what child care would cost.

For years, I panicked and ran the numbers in my head, calculating copays, grocery bills, and household expenses, fearing that somehow a credit collector would call. My husband never failed to be my rock. When I’d get overcome with worry, he would buckle down and not only become more responsible with his own spending but also showed me that we had wiggle room for me to spend on things that brought me joy. He created a spreadsheet of income and bills that was clear and easy to follow. He knew that in addition to verbally assuring me that we were okay, I needed a physical reminder. It was then that I started to breathe.

Most of all, I just needed non-judgmental support and consistency. Today, we work together to find what we can afford and save up when we need to. We also make it a necessity to budget money not just to save, but to enjoy.

It was never my husband’s job to fix my relationship with money, but thanks to his dedication in supporting me as I relearned how to handle finances, we both were able to grow together. I taught him about ways to save and cut costs, and he showed me the advantages of treating ourselves once in a while. Working together as a team allowed us to purchase our two cars and go on my first ever vacation. And I am proud to report I no longer fear the debt collectors calling.

Read More: How I’m Making It Work After Losing My Job During the Pandemic