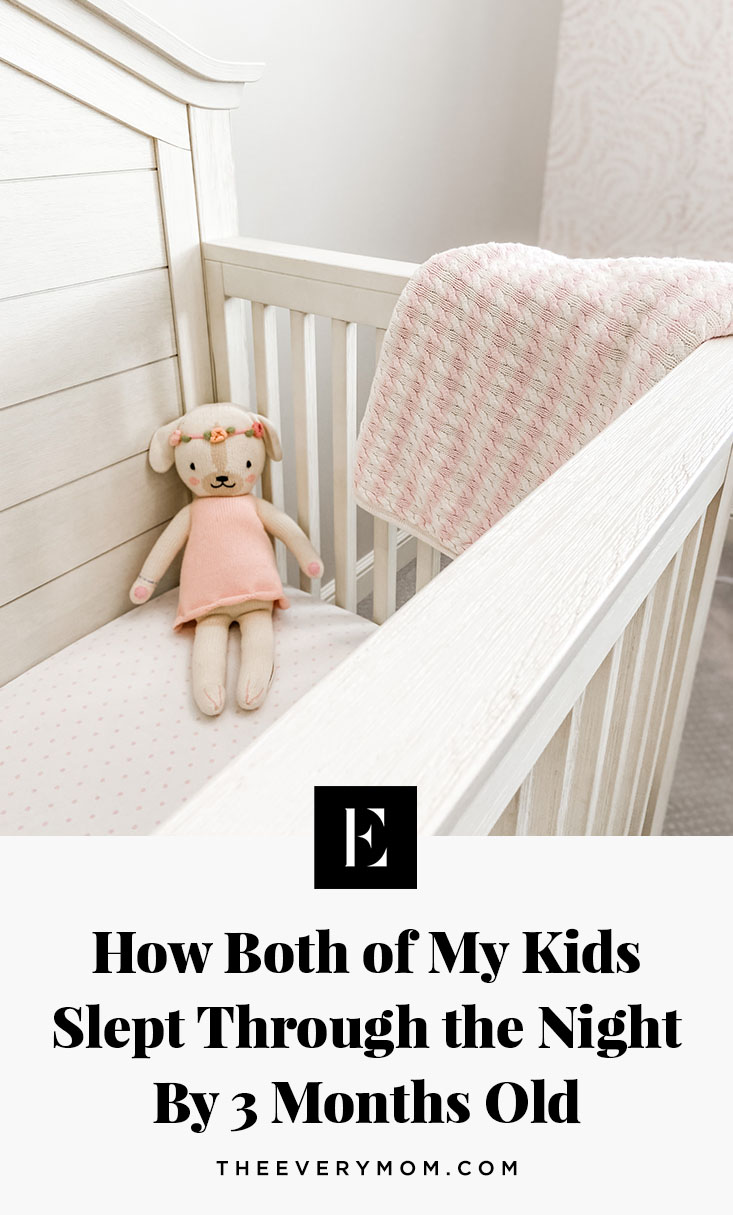 Tell someone you’re pregnant, and the first thing out of their mouth after “Congratulations” is likely to be something along the lines of saying goodbye to a good night’s sleep.

As a lifelong sleep-lover myself (who isn’t?), the thought of waking up multiple times a night with a newborn for months on end terrified me. I don’t function well on little sleep (who does?), so in addition to crossing my fingers that we’d get a “good sleeper,” I read up on the topic before my firstborn arrived and asked friends and family what worked for them.

Sleep training became a familiar term, and wow, is it a loaded one. With a number of misconceptions around the topic of sleep training, including that it means neglecting your baby or leaving her alone to cry it out for hours on end, I decided early on that I would not think of it as, or call it, “training.”

After all, we’re not training for a marathon here. In fact, we’re not even training to sleep through the night, despite what many people think. In fact, the average adult wakes up multiple times throughout the night—and puts themselves back to sleep. What we’re doing is helping our kids learn the skills required to put themselves back to sleep without needing outside soothing.

From the moment I brought each of my babies home, I approached sleep with the mentality that it is a skill, and the most loving thing I can do for my children is to help them develop and refine this skill. This mentality made a big difference in my approach.

From the moment I brought each of my babies home, I approached sleep with the mentality that it is a skill, and the most loving thing I can do for my children is to help them develop and refine this skill. This mentality made a big difference in my approach.

“The paradigm shifts from feeling selfish, or, I need my sleep, to selfless, as in, I gave my child an incredibly valuable tool that will benefit her for the rest of her life,” said Dr. Jill Garripoli Pedalino, founder and pediatrician at Healthy Kids Pediatrics. “And then the ripple effect begins: better sleep leads to happier family members, more productivity at work, more energy to be the best parent possible, and an overall improvement in the parents’ physical and mental well-being.” 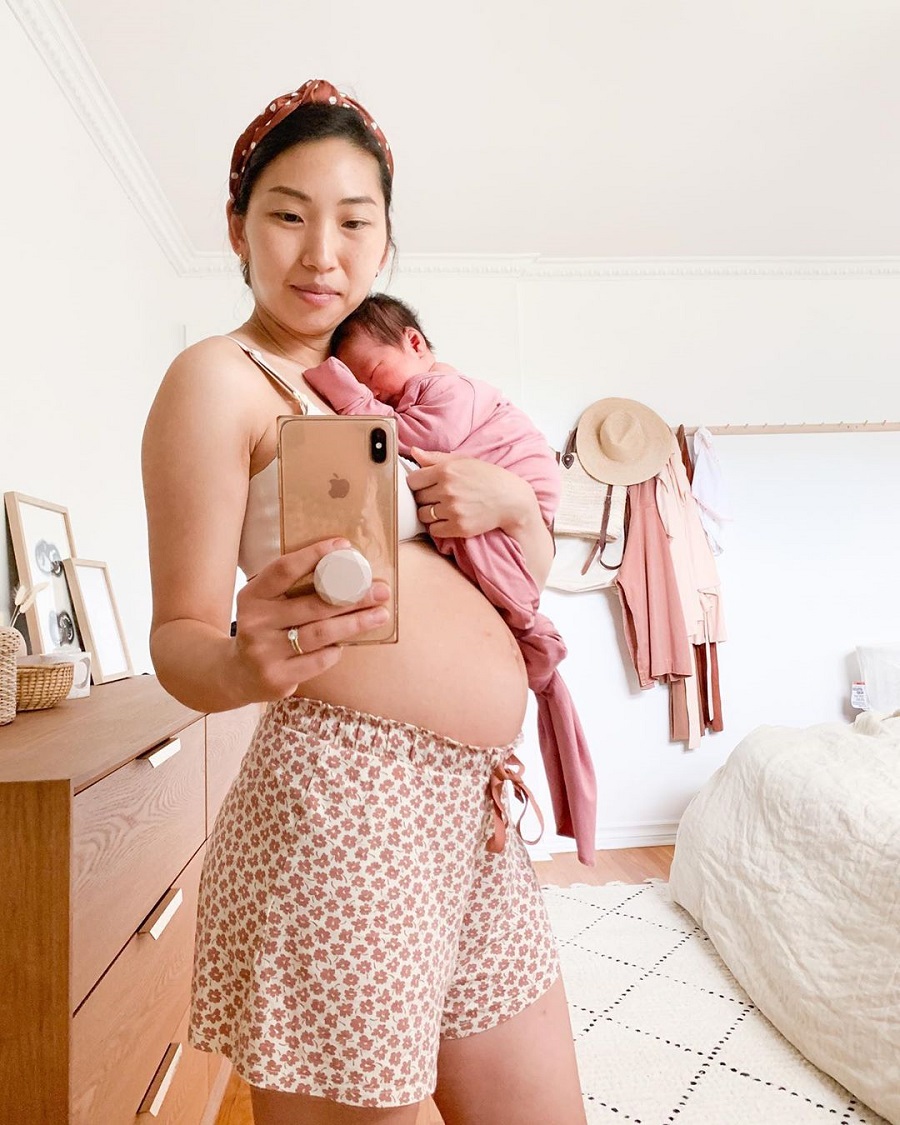 Not to mention the benefits of good sleep for kids, which include healthier immune systems and better school performance, behavior, memory, and mental health, according to The American Academy of Pediatrics. Meanwhile, the effects of ongoing bad sleep or sleep deprivation can include irritability, trouble concentrating, hypertension, obesity, headaches, and depression.

So, when should you start teaching sleep skills?

Pediatricians and sleep specialists generally encourage parents to work on independent sleep skills (i.e., not rushing into their room every time they make a peep) around 6 months old, but you can start preparing them in small ways earlier.

For a newborn, this might look something like practicing letting them fall asleep in their own space, such as a bassinet or crib, even just once a day, which is what pediatric nurse and Sleepably Sleep Consultant Rebecca Schlegel recommended when I spoke with her. Since newborns sleep about 18 of the 24 hours in a day, the idea is that just once a day, you give them an opportunity to fall asleep in their own space instead of, say, your arms.

If I’m being honest, I believe that how well a baby sleeps is a mix of genetics, luck, and a little parental support. Maybe my kids are just genetically predisposed to being “good” sleepers, but I practiced this with both of them and swear by it to all my new mom friends.

Did it always work? Absolutely not. Did my daughter still spend the first few months of her life refusing to nap unless she was held? Absolutely. But I kept trying, and eventually, I no longer had to hold her to sleep.

The key for me was to look at it as practice, with me as my kids’ coach. In their first few weeks of life, I was like any new mom and held them and soaked up as many snuggles as I possibly could. Around 1 month old, I started giving both of my kids a chance to fall asleep on their own. My pediatrician suggested letting them try to self-soothe to sleep for under five minutes before I would come in to help. Sometimes they did, sometimes they didn’t, but I remained consistent in my approach. As they got older, we upped it to 10 minutes to try to self-soothe. Both of them learned to fall asleep within this 10-minute window. 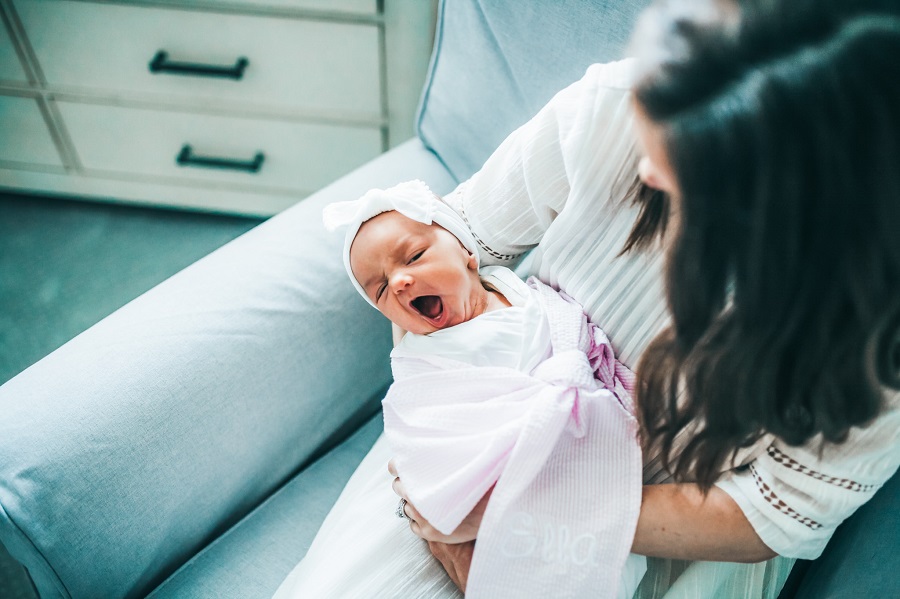 “Your child might fall asleep easily with you next to them, but it’s really hard as the kid gets older if they wake up a lot at night and always need your help to get back to sleep,” said Dr. Lynelle Schneeberg, psychologist at Yale Medicine, who specializes in behavioral sleep medicine and has written a book on sleep coaching. “You want your child to learn how to ride a bike; you don’t want to run alongside the bike forever. Sleep is so similar.”

The reason experts typically recommend working on overnight sleep skills at 6 months old is because sleep tends to be more organized and predictable at that age. A 6-month-old will generally start sleeping longer stretches and no longer has a physiological need to eat at night, but may simply be in the habit of eating overnight. Before my kids reached 6 months, if they woke up hungry, I fed them.

There are exceptions of course, and some babies have different needs that may require they still eat overnight, so you should always work with your pediatrician to discuss before taking a new approach.

“It’s all about consistency and a schedule so that the child can anticipate what will happen next,” Schlegel said. “Naptime and bedtime routines should follow the same pattern.”

You’re probably familiar with the concept of laying your child down drowsy but awake, but there are a few important steps before you get to that point.

“There’s a pattern that’s referred to as eat-play-sleep or eat-wake-sleep, making a separating between feeding and sleeping,” Schneeberg said. 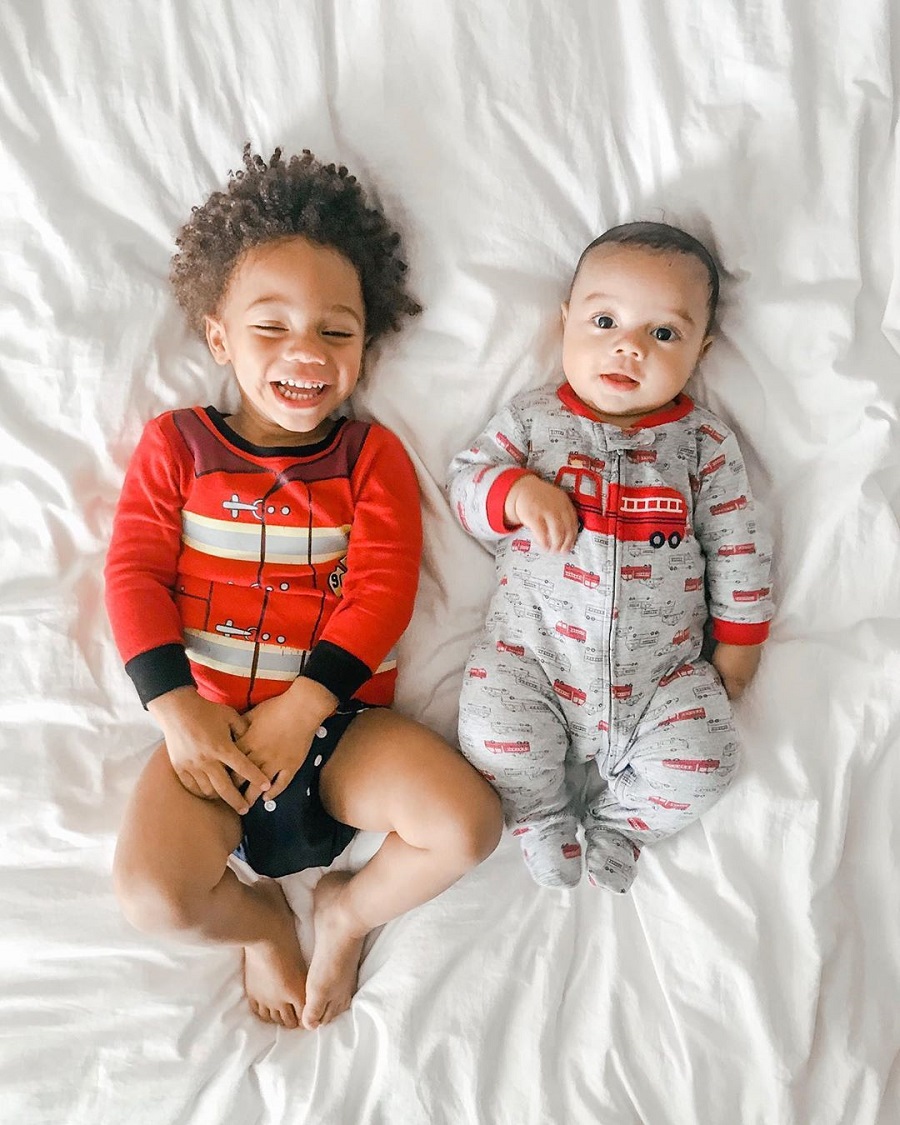 Feeding them early in the bedtime routine and creating a distinct break between eating and sleeping is key, Schneeberg explained. This might look like feeding them, reading a book or two, and then singing a song before laying them down, drowsy but awake. And then, Schneeberg said, set a certain amount of time to let them try to self-soothe before going back in.

And if they don’t self-soothe within that timeframe?

“Pick them up and do what it takes to soothe them, and then try again the next night,” Schneeberg said. “As long as you’re working on it. And the time to work hard on it is bedtime; it’s much harder in the middle of the night because you’re tired.”

Pacifiers or white noise can also be helpful to soothe little ones. If you opt for white noise, just make sure it’s continuous and doesn’t turn off at some point in the night. Also, make sure their space is encouraging for sleep—dark and quiet with few distractions.

Once they’re asleep, babies, like adults, are going to naturally wake up a few times throughout the night. The goal is that since they’ve learned to fall asleep on their own at bedtime, they will translate those skills to the middle of the night.

If and when they wake up and cry out in the middle of the night, don’t rush to their room at the first peep, experts told me. Many times, they don’t even realize they’re waking up and making noise, Schlegel told me. She compared it to when we flip from the right side to the left side in the middle of the night—just that kids are more vocal about it.

“We’re hardwired to run in and rescue, but really it’s this process of them learning,” Schlegel said. “Most of the time, if you give it about five minutes, the kid will put themselves back into a cycle of sleep.”

Lack of consistency is one of the biggest things that creates poor sleep issues.

There’s almost nothing harder than listening to your child cry as they learn to self-soothe. We truly are hard-wired to want to fix their tears. It made it easier on me to remember that I’m helping them learn invaluable sleep kills that will ultimately benefit them in so many different ways.

“The child who knows how to sleep is generally in a better mood. So many scientific things happen while a child sleeps—memory all the way down to protein synthesis. So much repair and regrowth and growth in general,” Schlegel said.

It may be tough in the short-term but in the long-term, I believe the gift of sleep is one of the best gifts I’ve given my kids and my family.

Read More: It’s OK to Not Love the Newborn Phase