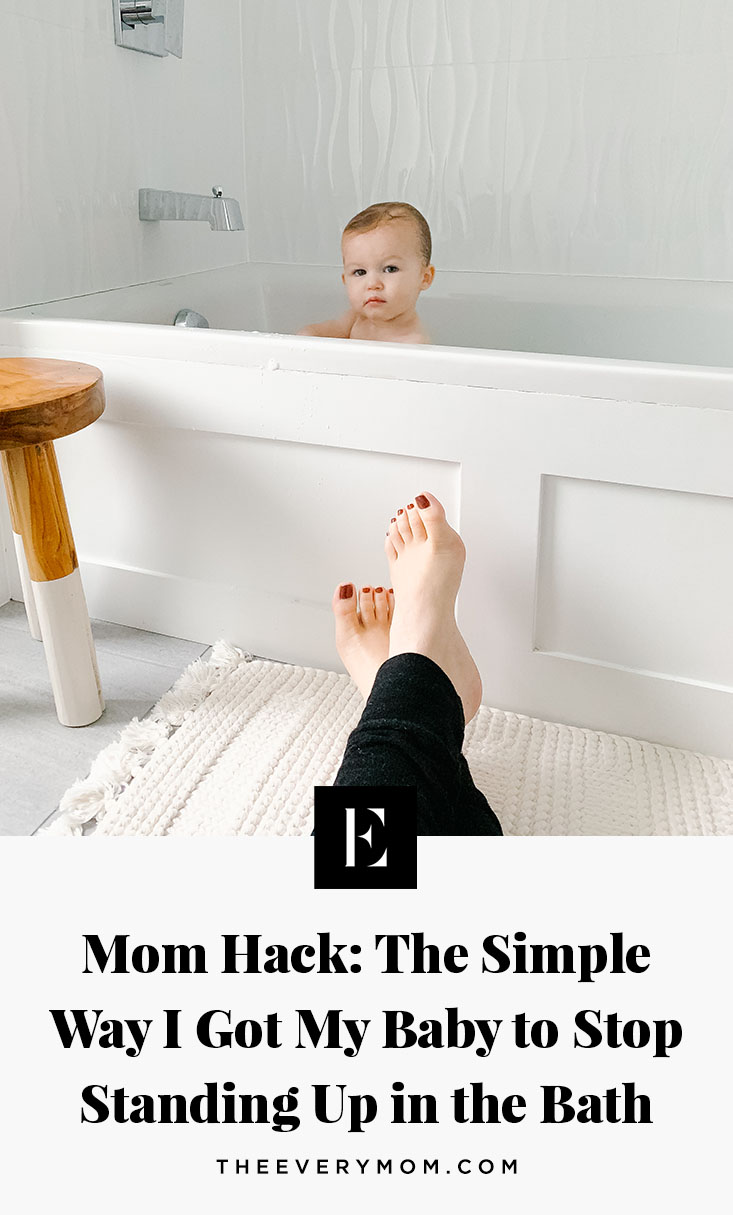 All I wanted to do was sit. Was that too much to ask? I just wanted to sit down, untouched, at the end of a long day, and watch my kids occupy themselves without fighting and without putting themselves in danger. I mean, after all I did for them, could my kids not grant me this one wish?

You see, there was a short-lived time when they did. During those seemingly endless hours between dinner and bedtime when the minutes on the clock drag on and on, my kids used to sit in the bathtub together, playing independently with bath toys and water, while I just … sat. It was as glorious as it sounds.

And then my daughter ruined it. While her 3-year-old brother had long since learned that we stay on our bottoms in the bathtub, around the time my baby girl hit the 1-year mark, she got a little too self-confident in her balancing skills. She started standing up in the bath, certain she could balance (she couldn’t), or at the very least, sure she could cruise along while holding the side of the tub (again, she couldn’t).

“That’s it. We’re getting out of the bath.” I told her one evening as I lifted her squirmy, drippy, wiggly and quite angry body out of the tub. And that’s when I had an epiphany. Why was I continuing to engage in a battle that I was never going to win? Why wasn’t I simply taking the option of standing (and thus, slipping) off the table, or in this case, out of the bath? So, that’s what I did. 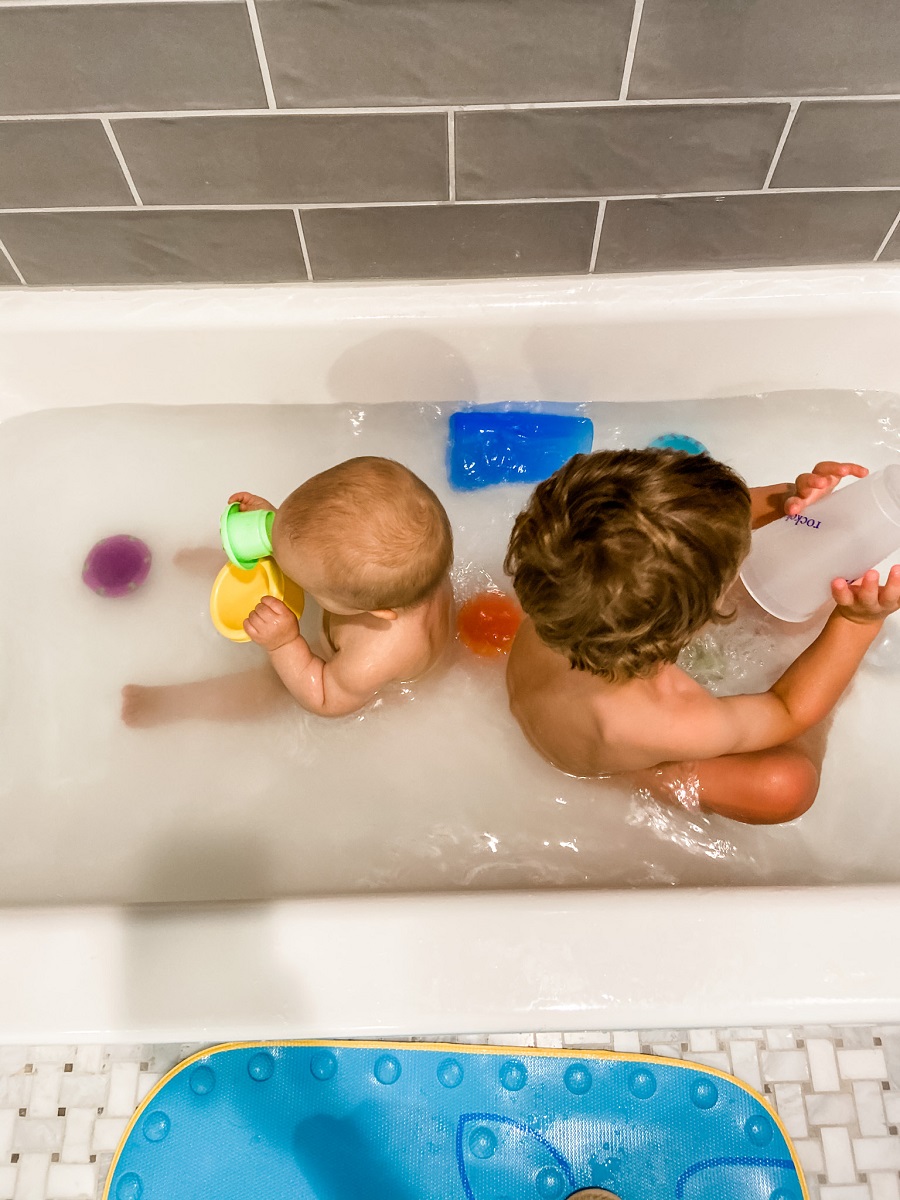 I’m almost embarrassed to write it like this because it seems so simple. I decided to test my theory: if I consistently took her out of the bathtub the first time she stood up, every single time, without fail, surely she would quickly learn that standing up in the slippery bathtub results in getting removed from the tub, right?

For months, the first time she stood up in the bath, I calmly told her, “I can’t let you stand up in the tub. I’m going to take you out now.” And out I took her.

The beauty of this particular approach is that it can be applied to almost anything in parenting.

I’d like to say she quickly learned her lesson and the rest is history, but it’s a bit more complicated than that. What I can say is that after a few weeks (was it months?) and lots of tantrums upon being removed from her warm, soapy water, she finally got the picture. She doesn’t stand up in the bathtub anymore.

The beauty of this particular approach is that it can be applied to almost anything in parenting. Our latest battle is the ongoing saga of my youngest casually dropping her sippy cup of milk on the floor when she’s done with it instead of setting it back on her tray. Every meal, without fail, it happens. And now, every time, without fail, the milk goes back into the fridge.

And with my 3-year-old? When he say, drives his toy cars on our freshly painted walls, the cars go away until he’s ready to play without driving them on the walls. Or when my now 18-month-old demands to play with her brother’s Play-Doh but keeps putting it in her mouth? You guessed it: the Play-Doh goes away. 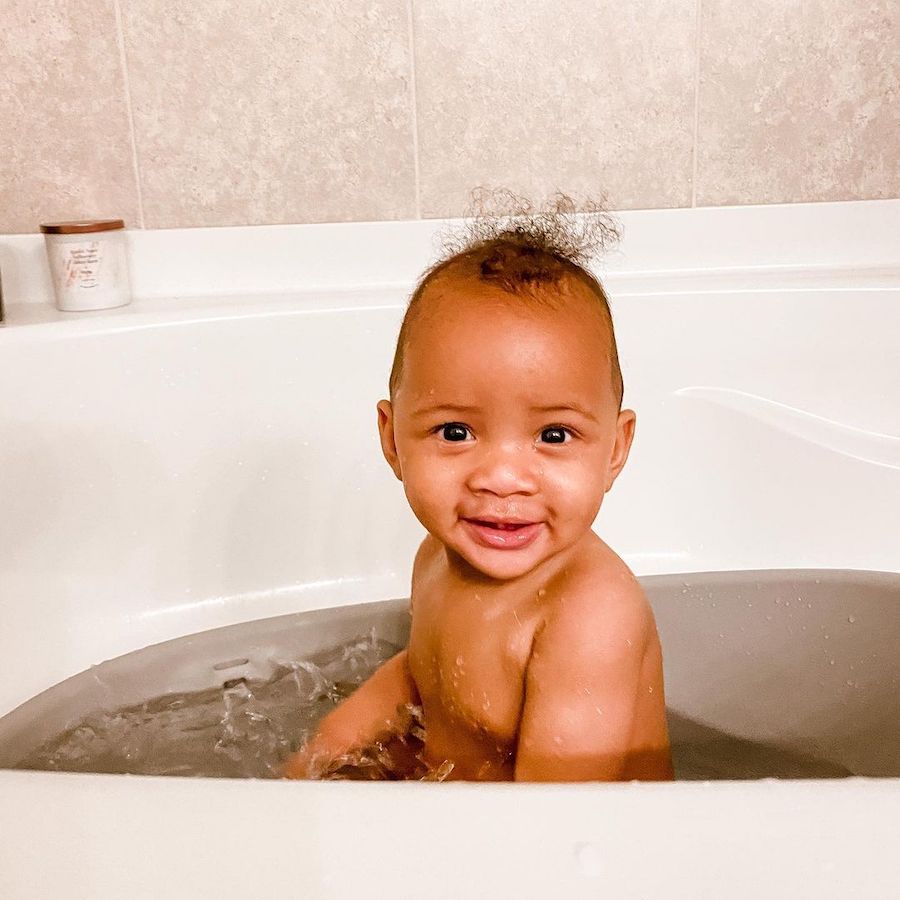 I can’t say this approach will curb tantrums because it won’t. They’re toddlers, they’re going to be upset when they don’t get what they want. And that’s OK—in fact, it’s part of the learning process for their future emotional regulation.

“You can be upset that I took you out of the bath/took your toy away/put your milk back in the fridge,” I tell them. I can’t expect them not to have an emotional reaction. But what I can expect is for them to learn to follow the boundaries that we set in our house. In my experience, setting and sticking to those boundaries (while navigating through the associated tantrums) is a little harder in the short-term but so worth it in the long-term.

And now? Well, you can find me sitting peacefully (although splashed) by the tub once again.