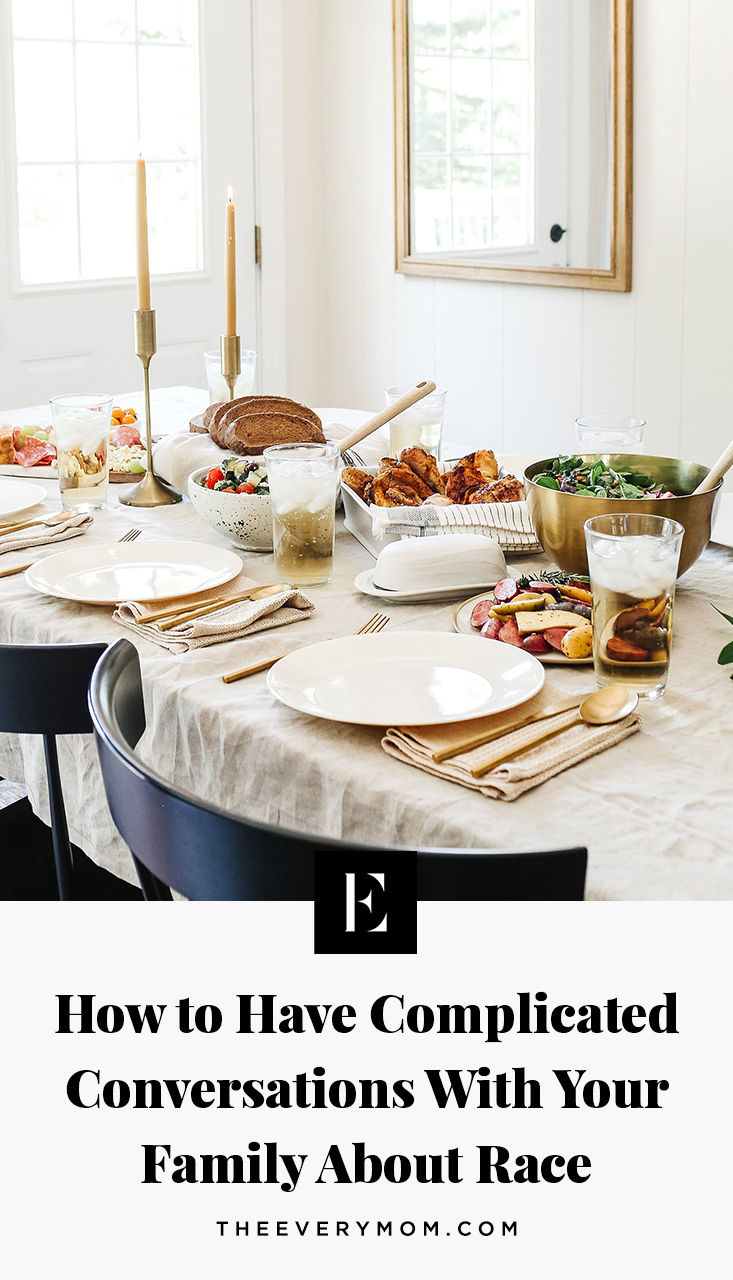 In this moment in history, many families are recognizing the importance of having conversations about race and social uprisings in our country. America is a melting pot, but it’s often left us believing that everyone is treated equally. That may be true in theory, but in practice, it’s been a far cry from Equality for All. Race conversations can be scary but so very necessary for us to actually progress towards equity.

Coming from a South Asian immigrant population, it has been difficult for me to consider bringing anything up. Hasan Minhaj highlighted a really uncomfortable truth in a now-viral video: how South Asian communities have historically been anti-Black. I grew up surrounded by anti-Black sentiment. I have had to acknowledge and reconcile my own South Asian culture has long contributed to anti-Blackness in order to grow in my own process of recognizing how I personally was contributing to an unjust system.

It’s essential for all of us to know the context we were raised in. Everyone needs to grapple with how their own culture has contributed to oppression and the ways they see it play out daily. And every culture also has rules around engagement: where and when you can speak about what topic. South Asian culture always defers to elders which makes it difficult to speak up when they say racist things. As we talk more and more between cultural groups, though, I realized this is a reckoning so many people are having.

As we talk more and more between cultural groups, though, I realized this is a reckoning so many people are having.

I decided I had to be a cycle breaker. I am not/have never been comfortable with these beliefs and have made my feelings known from a young age. However, as I got older, I realized there are ways to approach people that can bring them into a conversation rather than push them away. As I continue thinking about my journey into motherhood, if I want my parents or my aunts and uncles to spend significant time with my future children, I want to let them know that this is how we are raising our family. Here are some tools I’ve found helpful in having hard conversations with family members. 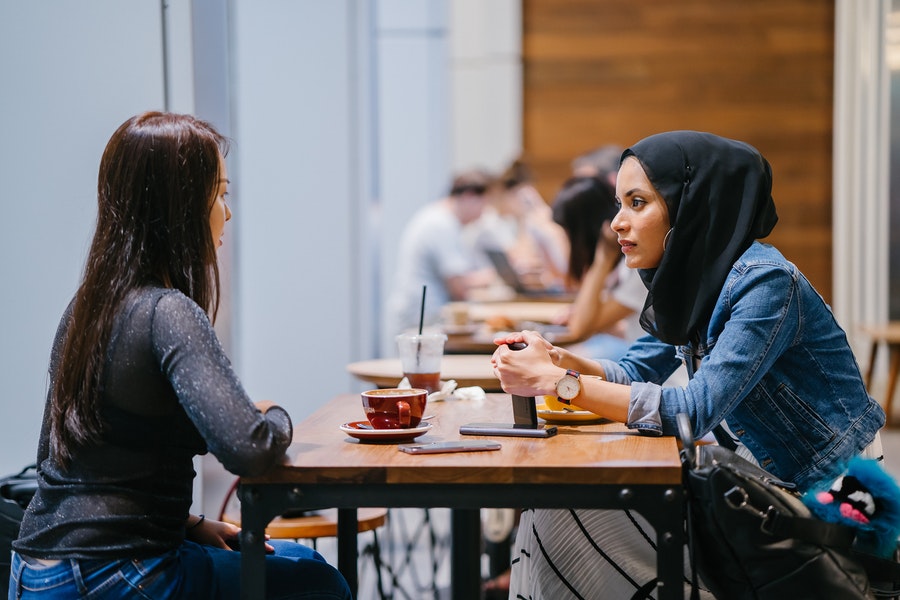 1. Begin the conversation in a state of calm

As a young person, I found myself always having these conversations when I was already upset about a comment that had been made. I was always in a triggered state, angry, and therefore, mean. I have found a lot more success in having a discussion if I set a time and place for it. It allows people to mentally prepare themselves (you included!) and also ensures you can disengage the flight or fight response. That is not to say this is not a topic that should upset you; just that it’s more productive to have the conversation while both parties are not triggered.

2. Ask questions instead of making statements

It’s impossible for people to open up their minds and hear you when they feel attacked. Rather than telling people their opinion is wrong or problematic, you can start by asking them why they feel a certain way. Sometimes people don’t even know why they believe something. Once they have to explain it to someone else, they may realize they don’t actually believe what they’ve been saying. Follow up with some facts that might refute what they believe and ask if they are familiar with them. It can help keep the conversation focused on facts, rather than emotions.

3. If you hit a roadblock, don’t try to plow through

People think if they can give enough facts or push hard enough that others will eventually change their minds. That’s never true. People change their minds only when they are ready to. If you find your family member sticking to their guns, keep in mind this conversation is ongoing. You don’t have to solve anti-Blackness in one night. You do have to stay committed to continuing the conversation. So take a break, but set another day and time to come back to it.

You don’t have to solve anti-Blackness in one night. You do have to stay committed to continuing the conversation. So take a break, but set another day and time to come back to it.

I say this one with a major caveat: in some situations, you might be in an abusive family, and it would be dangerous for you to continue the conversation. However, if it’s a relationship that is safe and you want to continue, don’t give up. People often make large changes because of small incremental ones. The entirety of the Civil Rights Movement of the ’60s was built upon the idea that one small act can lead to greater and greater change. 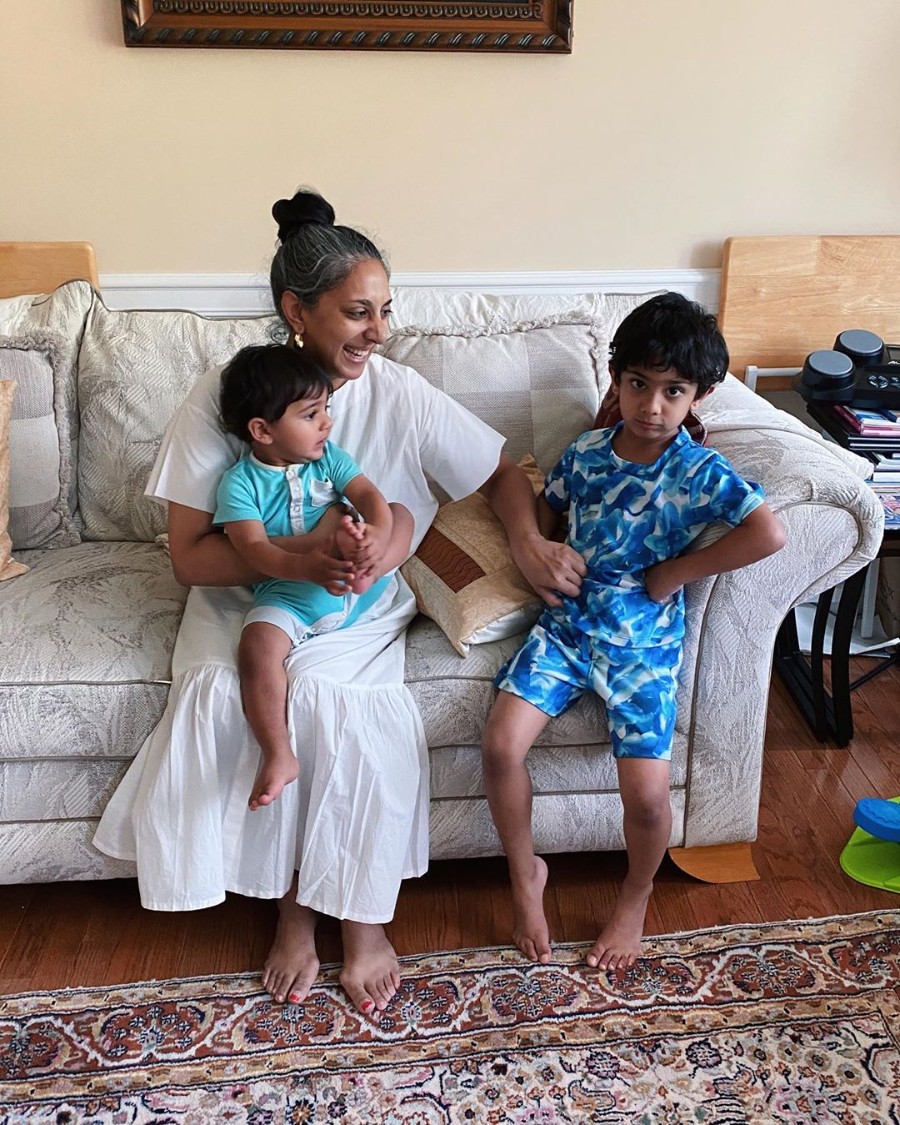 5. When it comes to children, don’t ignore what they’re absorbing

Kids pick up on a lot more than we realize. If a family member or friend makes a racist remark, don’t brush it under the rug. There is a little voice inside all of us that tells us that something is wrong. It is likely children might have their own reactions to the comment. Start by asking them about what they think happened. Then, consider where the child is developmentally and what they understand. This will allow you to meet the child where they are and frame the conversation with that in mind.

I want to teach my own children not to ignore that voice, though, and to speak up for others who are being maligned. When we pretend like nothing is wrong, it confuses that voice of theirs. So, we need to honor that voice and let them know it’s not alright and discuss different ways you and your child can work together to combat that kind of language and thinking in the future.

In American culture, rocking the boat is considered a “rude” thing to do. But politeness has roots in white supremacy. It ignores and erases the experience that so many of our Black friends and family members have been telling society about for so long. In being silent, we are also being complicit. We are letting our communities know that we may feel uncomfortable but not enough to ask for change.

Nothing can shift though when people feel cozy and complacent. It’s only in moments of discomfort and conflict that people actually pivot. That’s how we can progress, by keeping the conversation alive, never letting people think that we believe in anything less than equity. It’s time for us all to acknowledge how the Civil Rights Movement paved the way for the Immigration Act of 1965, the Women’s Rights Movement, and so many other freedoms that we all enjoy. In the words of Martin Luther King, Jr., “No one is free until we are all free.”