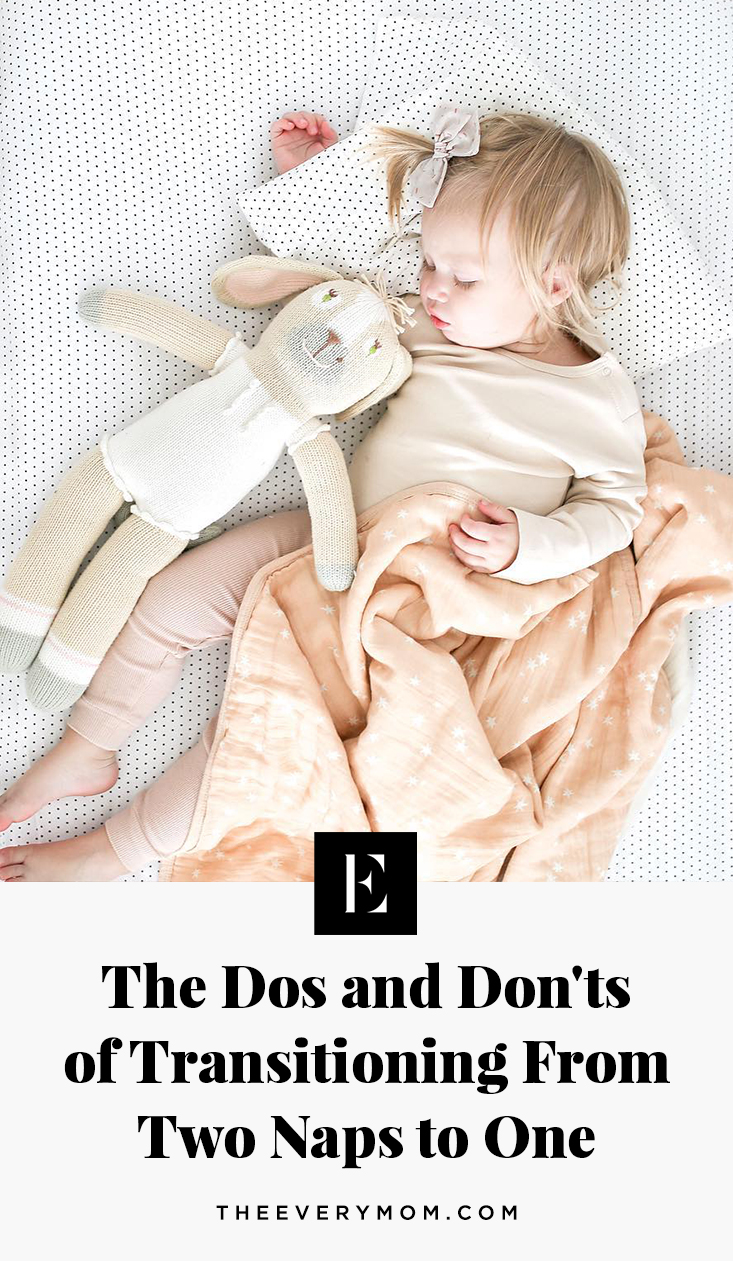 Any change in a baby’s schedule can be really overwhelming, but I personally found the transition from two naps to one to be one of the trickiest. My twins started taking two naps around 8 or 9 months old and hung onto this schedule until they were just around 1.5 years old without much protest.

We actually had two failed attempts at the two to one nap transition before finally making the jump successfully, so I can not only speak to what works, but also what doesn’t work when it comes to transitioning daytime sleep schedules. Keep reading for my dos and don’ts.

The first thing I learned (and will have to relearn many times more as a mother) is that every baby is different. I’ve done it before and I’ll do it again, but playing the comparison game is the worst thing you can do when it comes to your child’s development. I watched a handful of my friends (many with younger children) transition their children to one nap and automatically assumed my kids must be ready. They were not. Children can transition to one nap anywhere from 1-2 years of age, and while you might feel like it’s time because the calendar says it’s time, the best thing you can do is let your child lead the way here. Once my kids were finally displaying signs that they were personally ready, things went a lot more smoothly.

DO: Look for the Signs 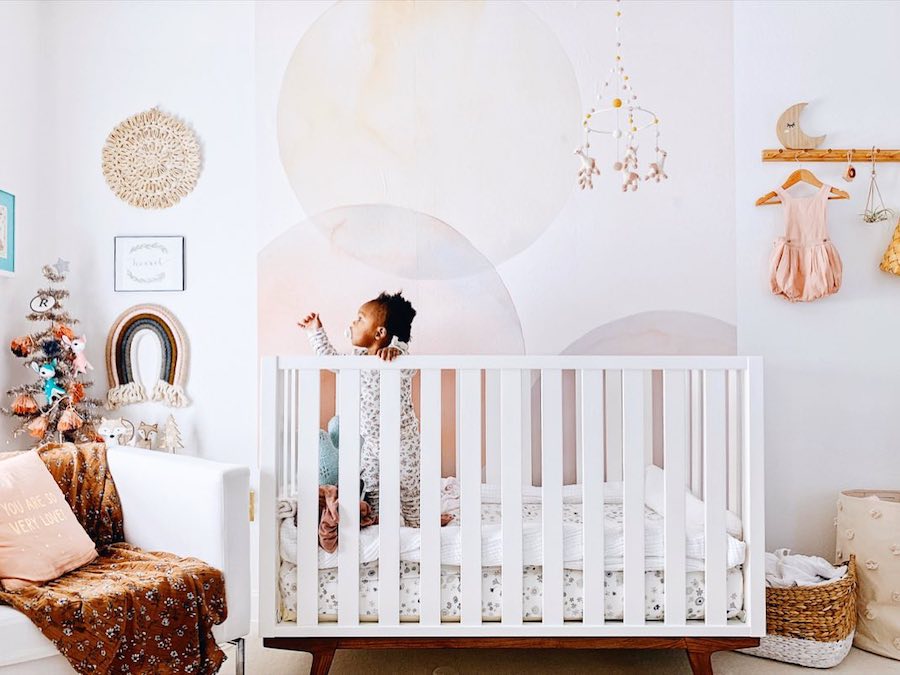 DON’T: Rush Into It

Once you notice one of the above signs, don’t rush to transition right away. This is another mistake I made after my kids fought their afternoon nap 2-3 times sporadically. Teething, sickness, travel, or a plethora of other unknowns can impact toddler sleep. I thought it was time to transition (for the second time), but it turns out my kids were simply fighting a cold. You’ll want to look for the above signs consistently–meaning for about 10 days to 2 weeks before making a big change to their schedule.

DO: Lay Some Groundwork

If you’re stuck in the grey area for a while (not sure whether or not transition), you can take this time to lay some groundwork. By manipulating your child’s naps slightly, you can slowly set yourself up for success when it comes to virtually “merging” nap one with nap two. Do this by limiting the amount of sleep your child gets in the morning, forcing them to take a longer afternoon nap that won’t compete with bedtime. We did this by keeping their morning naps to about 45 minutes and no longer than an hour. The saying “never wake a sleeping baby” does not apply here. During this transition period, we aimed to have our kids nap from about 9–9:45am, and then go down for their longer nap around 1pm.

Once we finally made the leap to one nap, we aimed for a noon nap time, which is fairly common for toddlers. The hardest thing for me was finding activities to occupy my kids for a solid four (or more) hours in the morning. They would consistently hit a lull during their old nap time, causing me to question (again!) if they were ready for this transition. Once I started preparing ahead of time, planning on activities outside of the home and developing a game plan, this chunk of time became much more manageable and my kids were much happier. 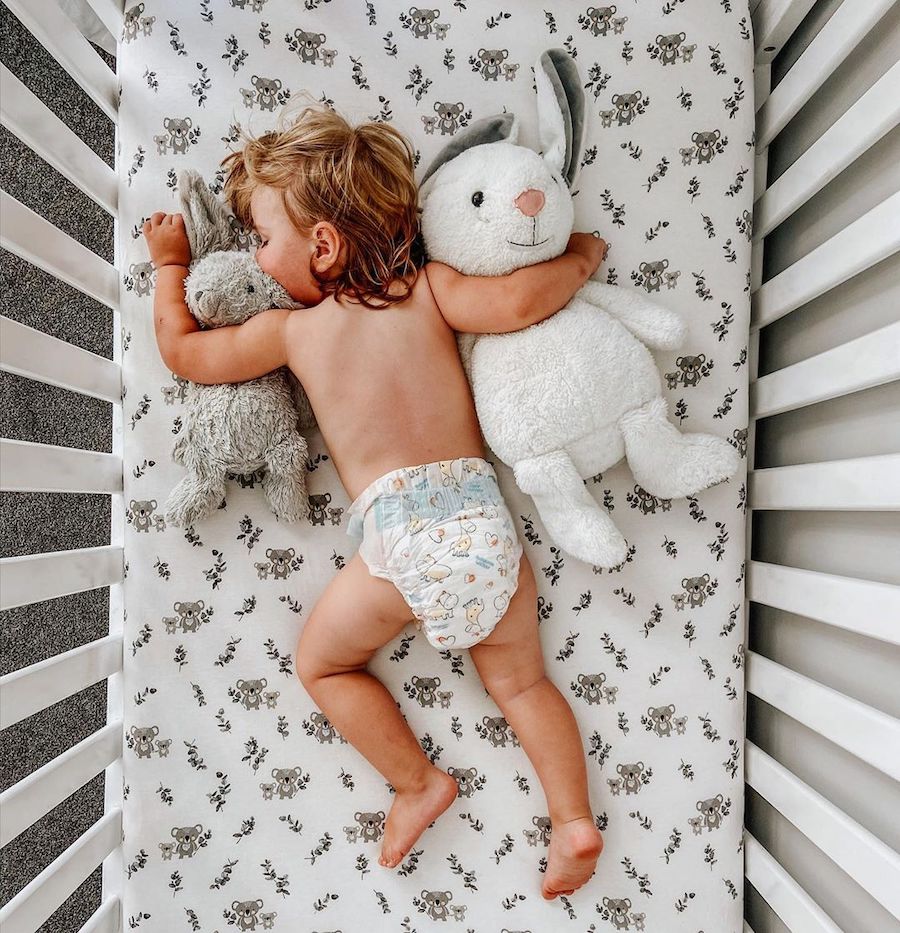 DON’T: Let Them Doze Off

The first few weeks of this transition are the trickiest. Just like traveling to a new time zone, or navigating daylights saving time, it will take a few weeks to nail down your new schedule to the point where it’s second nature and your kids are comfortable with their new nap times. During this transition time, you’ll probably notice your kiddos getting a little groggy or cranky during their old nap time. We avoided long car and stroller rides during this morning chunk of time to avoid them falling asleep and then risking boycotting their proper nap time. If we did need to drive somewhere, I did everything in my power to keep car rides short and keep my kids awake. A snack, a song, or even some fresh air usually do the trick.

DO: Push Up Bedtime (When Needed)

Your child probably woke up somewhere around 3-4pm when they were taking two naps, and with one nap will wake up considerably earlier. It can be hard to make it to their normal bedtime, especially if their one nap is on the shorter side. Our children typically go to bed around 7/7:30 pm, but during this transition, we bumped up bedtime to 6:30 to avoid our kids getting overtired from too much awake time. This bedtime change doesn’t have to be forever and can even be implemented only on the days where it’s needed.

Just like everything else, it’s easy to get swept up in what our child “should” be doing. As you transition to one nap, you might notice they’re not taking the glorious 3-hour naps you’d hoped for. Anywhere from 1.5–3 hours is common, especially during this transition period. One thing I noticed is that my kids will often wake, and then put themselves back to sleep during their one nap, something they rarely did before. They’re slowly learning to lengthen their time asleep, and I try to help by not rushing in at the sound of the first cry. I encourage a bit of “quiet time” in their cribs if they do wake up before the two-hour mark, which I hope will eventually result in slightly longer naps.

Here’s a sample schedule from our day to day. I always find it helpful to see what work for other families: