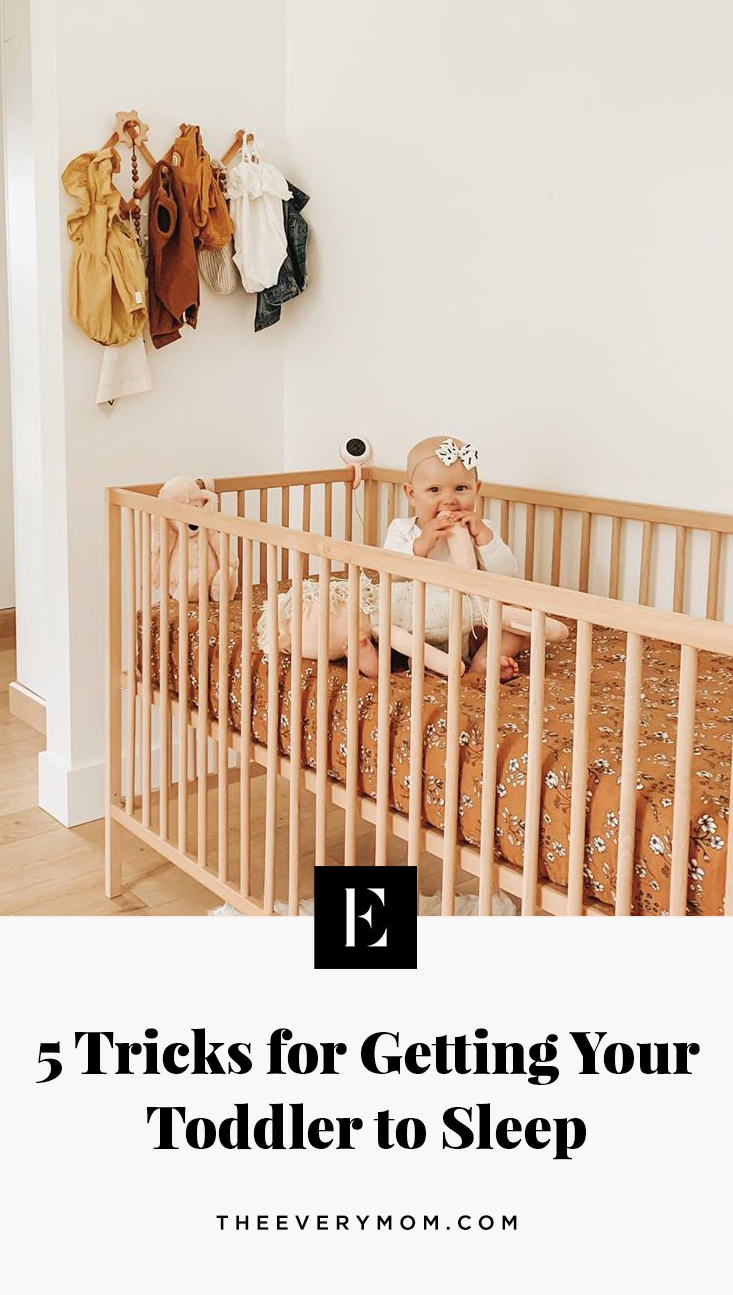 When my children were babies, getting them on a consistent sleep schedule and encouraging them to sleep through the night was not always an easy task.

My husband and I worked very hard on making bedtime enjoyable and stress-free. We would lay our sleepy children down in their cribs, and they would soothe themselves to sleep. When they cried, we would ignore them for 10-minute stretches and then go in to soothe them. We would repeat this until they fell asleep on their own. After months of doing this, bedtime was a cinch. They would fall asleep within 10 minutes of us putting them down by the time they were both roughly ten months old.

Then, they became toddlers, in toddler beds, free from the constraints of a crib, and it opened up a whole new can of worms.

When it came time to transition into toddler beds, I waited as long as I could. Their cribs were becoming so small for them, but I was scared to make the transition. I have a hard time with change when things are going so well. The thing with toddler beds is that they can just walk out of the room when they’re not ready to go to sleep.

And that’s exactly what my kids did.

We would lovingly put them to bed, read books, and give them kisses and cuddles. Then, 10 minutes later, we would hear the little pitter-patter of feet running coming downstairs. My husband and I have used all kinds of tactics. Our patience and understanding quickly turned to frustration and exasperation. I’ve cried, used bribery, yelled, sat outside their doors, threatened to take toys away, and offered them candy for breakfast, but nothing seemed to work.

My children are now 5 and 7 years old, and bedtime can still be a battle for us. Over time, I’ve learned some simple tactics that have helped us not lose our minds when it’s time for lights out.

1. Beware of the overtired child

We’ve found that an earlier bedtime works best for our children.

When they were younger, that meant anywhere between 6:30 and 7:30 pm. Now that they’re a bit older, we aim for them to be in bed no later than 8 pm. On certain occasions (like holidays or family parties) when we’re up way past bedtime, I’ve noticed that it’s harder to put them to bed.

Licensed marriage and family therapist Merriam Saunders notes that though many parents think that a later bedtime will mean a more tired child, that’s not actually how it works. “It has a paradoxical effect and messes with circadian rhythms,” she explains. “If the body misses its natural sleep window and becomes overtired, the child can’t fall asleep and may wake frequently.” It’s important to watch for naturally occurring tired signs (like yawning, irritability, etc.) and move bedtime to when those occur, she tells us. 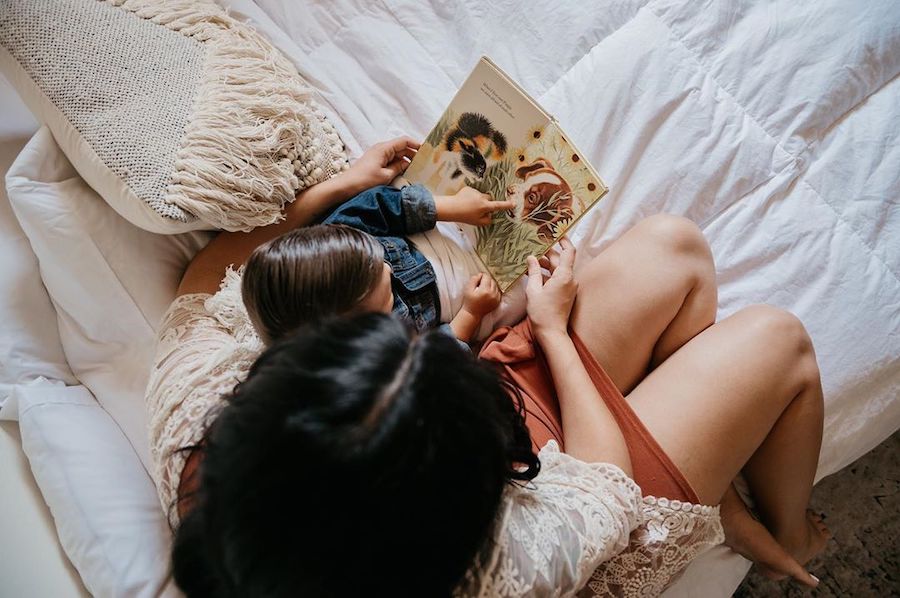 My son can’t sleep without his special blanket, and my daughter absolutely needs her “woo-woo” – a tattered stuffed dog – before falling asleep. But for a long time, they needed me. I would lay with each of them, on the floor beside their tiny toddler beds, until they were 90% asleep.

This was obviously not sustainable.

I gradually reduced the time I would lay with them in five-minute increments. To this day, I still lay with them for about five minutes to cuddle and ask them what their favorite part of the day was. I also use this time to allow them to talk to me about anything pressing that may be on their minds.

But when I say goodnight and walk out the door, they know (for the most part) that they need to stay in bed.

3. Allow for some compromise

This works really great for my kids. Whenever they come out of their rooms to complain that they’re not sleepy or can’t go to sleep, I tell them, “You don’t have to go to sleep. But you do have to stay in your room.”

Sometimes we’ll negotiate playtime, and I’ll set a timer with Alexa. I’ll say, “You can play in your room for 20 minutes, and when the timer goes off, you need to turn off your lights and go to bed.”

When Alexa’s timer goes off, it’s a sure bet that they’ll go back to bed. Alexa for the win!

Parenting coach Lindsay Ford advises the use of meditation as a great way to shift your thoughts to calm and rest before bed. “Using a meditation app can be a great way to soothe your child to sleep with a calming story,” she tells us. “There are also some great kids mediation books that share open-ended bedtime stories that focus their attention to something peaceful and dream-like.”

When my son is restless and can’t seem to calm himself, I gently talk him through relaxing his body and imagine that it’s sinking into his soft bed made of clouds. He absolutely loves it and asks me to give him “calming words” on nights he can’t easily fall asleep. 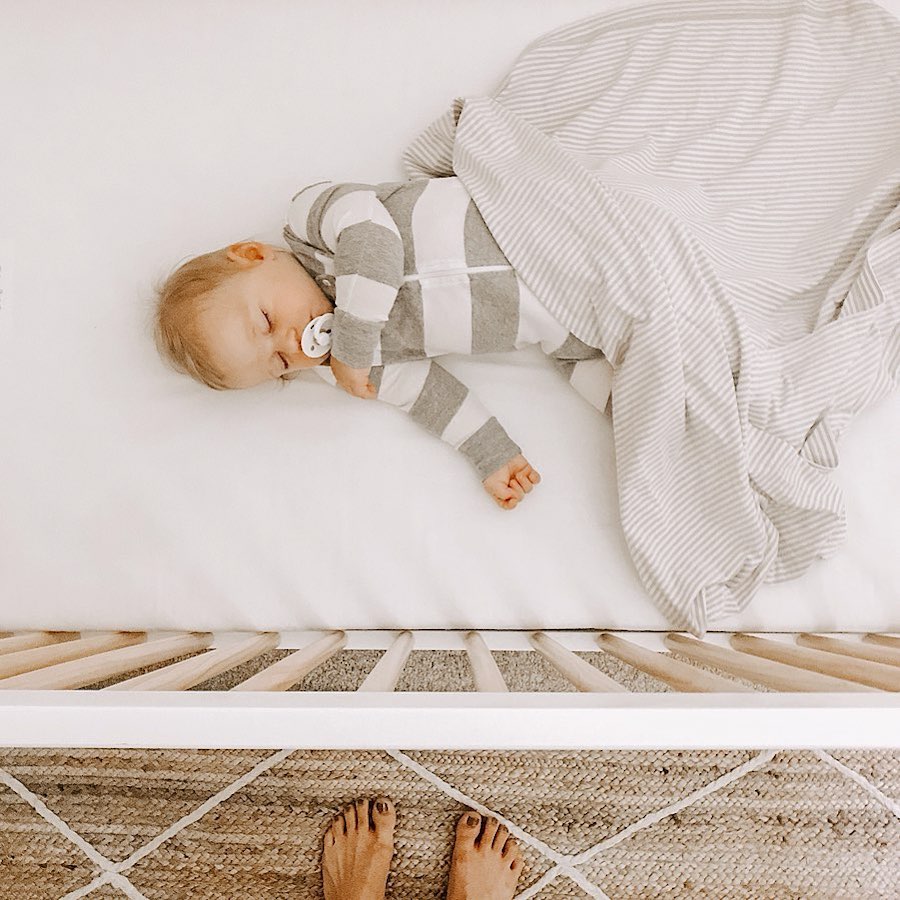 I’ve become very adamant about setting up consequences and sticking to them. I used to not follow through on consequences that I would set out, and after a while, my threatening words didn’t mean much to them.

So now, when I say no TV or tablets the next day if they don’t stay in bed, I mean it. It feels a bit harsh to follow through on taking something cherished away, but it’s imperative to set up boundaries and expectations.

As an adult, I know how important sleep is to their growing bodies, and so, if it really comes down to it, I know I have to protect that for them – even if they are pushing back.