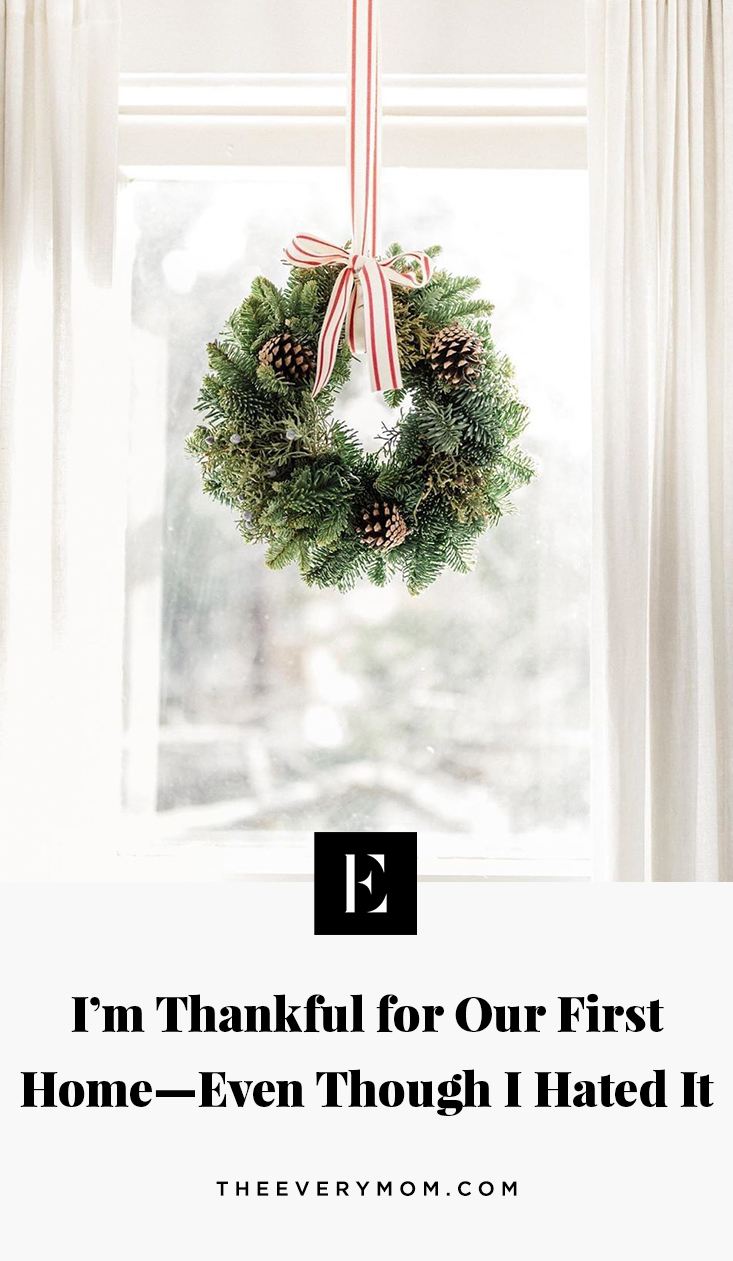 It happened just a few weeks after my husband and I decided to move half-way across the country, away from almost everyone we know and both of our families.

I was carrying our son from the car to the front door of our house, bags of groceries hanging from my free arm, a backpack strapped to my back, and my head whirling with the list of things I still needed to get done for the day. Constantly focused on what needs to be done next, I was distracted, to say the least, when our son took his tiny little hand, pointed right in front of us, and said the word, “hooooome.” It was the first time he had ever said it, causing me to pause in the middle of our walkway, and finally, confront what we were actually walking away from.

You see, up until then, I’m fairly certain I had been doing a pretty good job of compartmentalizing the impending move from our very first home. We bought this house in 2015, a little over a year after we were married. While it was always meant to be our “starter home,” after seven years of schlepping from one crappy Chicago apartment to another, it was also an absolute dream. A charming and classic Chicago-style bungalow, it was the first time we had multiple bedrooms, a second floor, and a gloriously huge yard for the dog to run and play!

It was where we wanted to settle in, “start our lives,” and begin our family.

It wasn’t until a few years after we were living in it, that our home began to lose its sparkle for me. I daydreamed about knocking down walls, building kitchen islands, and hosting glamorous holidays in something completely different than what we had. In 2018, a few months after our son was born, my complaining became less imaginative and more verbal. I’d started regularly saying that I couldn’t wait to move and that we needed something bigger, better, and more updated. I’d argue with my husband, who was still deeply enamored with our home, that this, of course, was all for the sake of our son who would eventually need these newer, shinier things to be happy and healthy in his life. (Disclaimer: it is not recommended or healthy to be cooped up, in the dead of winter, with a newborn, scrolling through Instagram worthy homes on Zillow.)

A year and a half later and here I am, on the sidewalk, staring at our sweet boy’s face. As the bittersweet emotions of nostalgia and shame begin to work their way through my brain, I manage only to reply, “You’re right, that IS our home, good job!” and realize how wrong I’ve been all along.

Hindsight is, at best, ridiculously annoying, and at worst, painfully clarifying. Our son’s love for our home, a place he is excited and proud just to acknowledge as “his,” was both humbling and enlightening. Our home is somewhere he feels happy and safe. It’s a constant in his life, and I hope with every fiber in my body that he will always feel the immeasurable love from the memories we’ve made here in the last 4.5 years. 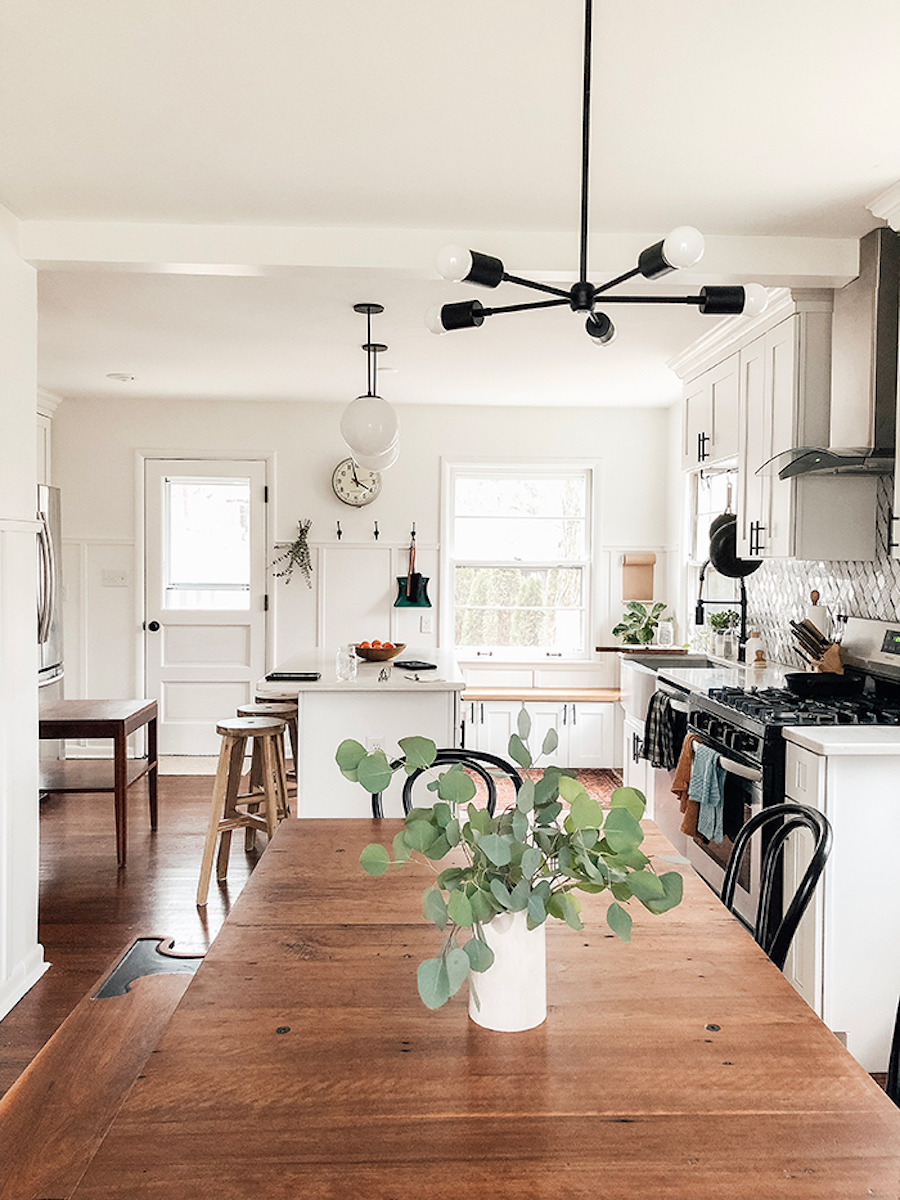 This is the home where we embarked on our next chapter as husband and wife. Where photographs from our wedding day hang proudly on the walls of our dining room, reminding us not only of the promises we’ve made to each other but of how far we’ve come through the ups and downs of marriage and parenthood that we couldn’t even fathom existed.

The home where we first felt like adults – hosting birthday parties for one another with a guest list that was larger than eight because we finally had space. This is the house where neighbors became family and the yard where we’ve stayed up late into the night drinking and laughing around a fire pit with friends.

The walls of this house are where I lost hope at the idea of becoming a mother and then regained it. The spare bedroom is where, after 12 different samples (sadly, this is not an exaggeration), we painted, put up new blinds, and decorated a nursery.

Our bedroom is where my water broke at 3:41 am on a cold February morning, and after calling the doctor, I leisurely took a shower and began to blow dry my hair before my husband insisted that we needed to leave for the hospital. We carried our son home for the first time and through this front door, quickly learning which floorboards will give the loudest creak between his bedroom and ours.

The doorway to the kitchen is where I broke down, sobbing uncontrollably to my husband about the failure I felt eight times a day in trying to unsuccessfully breastfeed. And where he assured me that it was all going to be OK. The closet in our son’s room marks his height since the day he was born, and I begin to wonder if there’s a way I can hold onto this, as I’m not quite ready to lose it just yet. 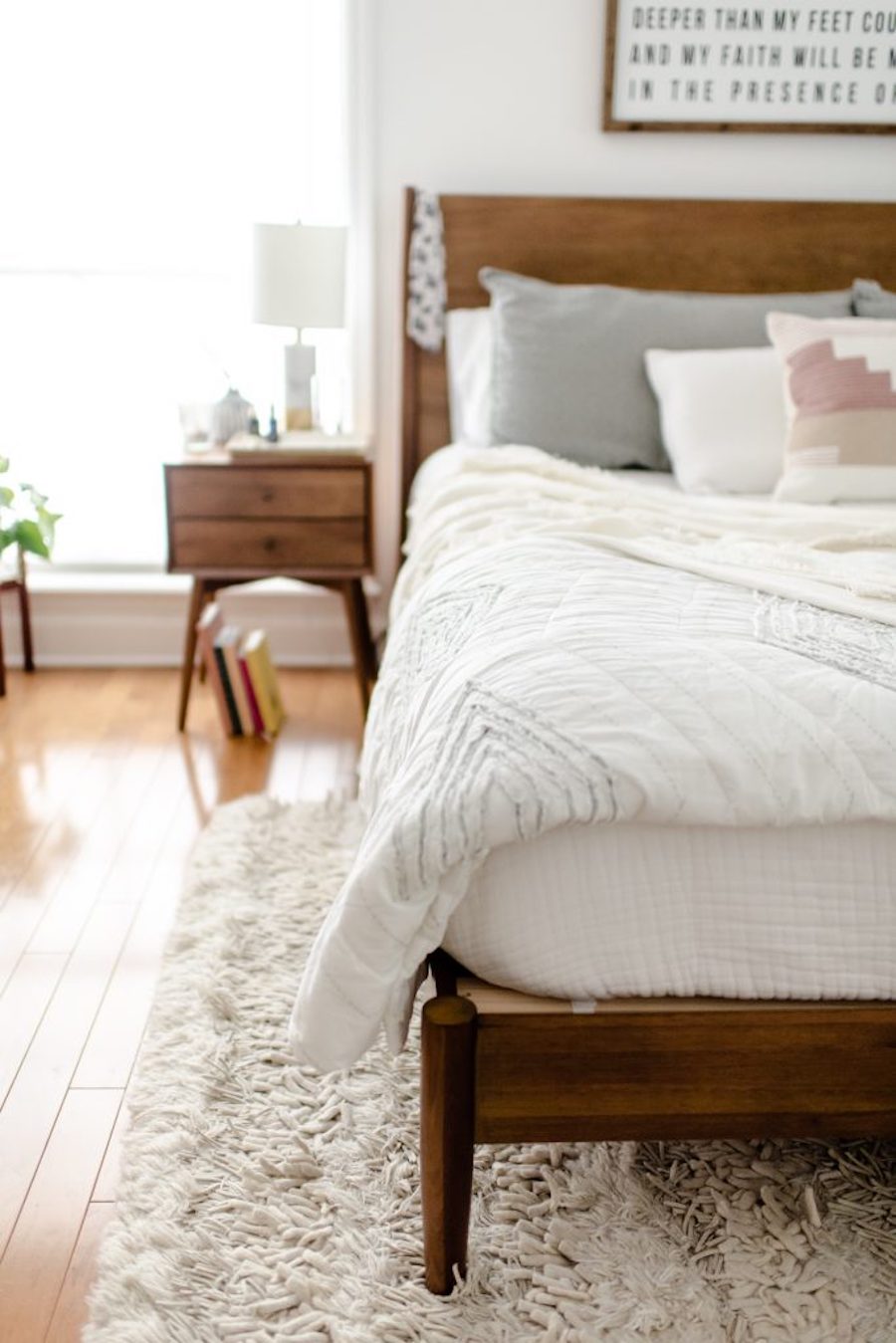 The living room is where our son took his first steps, wobbling toward us with a goofy grin as we cheered him on. I squeeze my eyes tightly, willing the memory of the room and his face to etch itself deeply into my mind. This room also holds our couch where we’ve spent sleepless nights, sitting awake planning our future, asking each other how we keep fighting for our marriage, us, and happiness, as we find our way through the thick of it all.

Our bed is where, just two days before we announced our big move to family, my mom called to tell me she had been diagnosed with colon cancer. And it broke me open in a new and horrible way.

This is the house where we’ve had dance parties for three and laughed until we’ve cried at the expense of one another, as two people who love one another so often do.

And now it’s the house in which we have to say our goodbyes.

I had fleetingly hoped to keep it somehow, with thoughts of bringing Jack back and showing him the rooms in which all of these events had taken place, providing me with the comfort of knowing we weren’t going to lose anything when we left. But that’s just not feasible for our next chapter. So, the only thing I can do now is hope that the new owners take good care of and appreciate it. Not only for its newness to them but for the potential it holds to become something they may one day so fiercely love and want to hang onto to.

And while I may not be able to keep it forever, I realize now, that it has been an absolute privilege to live here.