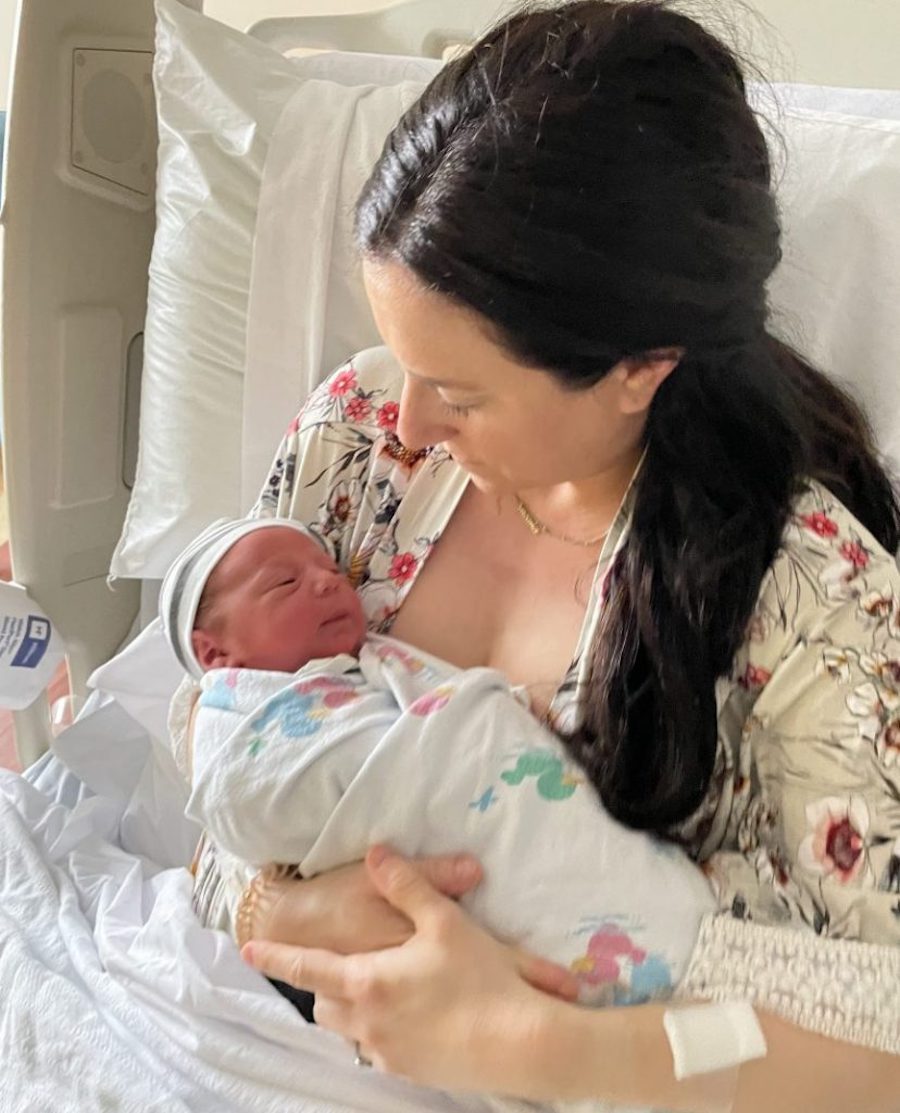 Your baby will come when they are ready. This is a comment pregnant women often hear, usually toward the end of their pregnancy when it feels like the pregnancy will truly never end. If you’ve carried a pregnancy to term, you can probably relate to the major discomfort and exhaustion that comes along with carrying an extra 20+ pounds around. Even though you know the pregnancy won’t last forever, it certainly feels like it will.

With both of my pregnancies, I was lucky to feel fairly comfortable for most of the nine months. Of course, sleeping felt impossible and short walks were like running a marathon, but it wasn’t until the final weeks of my pregnancies that I reached my breaking point and was ready for the baby to vacate the premises.

With my first pregnancy, I was told those words many times: “The baby will come when she’s ready.” So I waited and waited. Eventually, a few days beyond 40 weeks, my water broke—but then nothing happened, so I was taken through standard induction steps: Misoprostol to help my cervix soften and Pitocin to strengthen the contractions. About 25 hours after my water broke, I had a beautiful baby girl. While my baby and I came out of the delivery healthy, my labor was long and painful, and so was the recovery. I know there’s only so much you can control during labor, delivery, and recovery, but when I thought about having another baby, I hoped it would be easier.

So when the end of my second pregnancy was nearing, my doctor and I discussed a scheduled induction. The familiar words rang through my head. I shouldn’t force this baby out, he’ll come when he’s ready. I struggled to make a decision.

The familiar words rang through my head. ‘I shouldn’t force this baby out, he’ll come when he’s ready.’ I struggled to make a decision.

Inducing labor isn’t always a choice. Sometimes, it’s a necessity. According to the Mayo Clinic, your health care provider may recommend induction for a number of reasons, including if you’re two weeks past your due date (postterm labor), your water has broken but labor hasn’t started, you have an infection, your baby has stopped growing, there isn’t enough amniotic fluid around the baby, among other reasons.

But in other situations (like mine), it is a choice. And sometimes, it’s a hard decision to make. 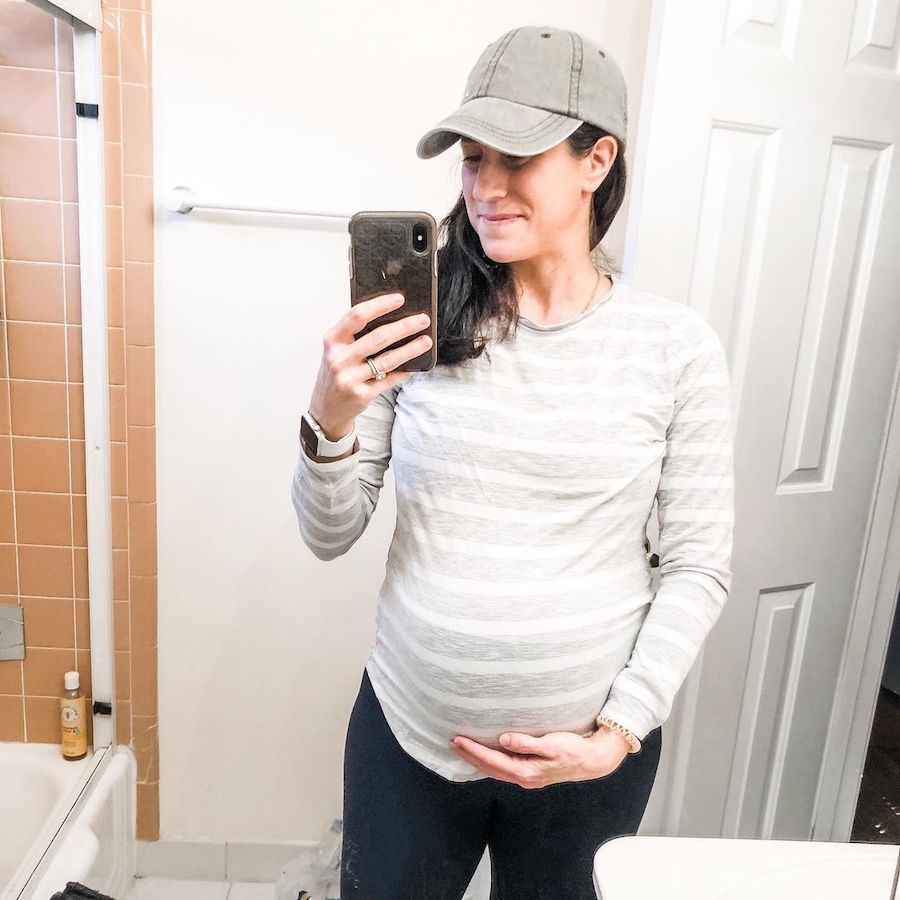 How I Decided to Have a Scheduled Induction

I was on the fence about being induced by choice. I was worried that by forcing my body into labor, the baby wouldn’t want to come out, and it would lead to a C-section. If the birth didn’t go smoothly, I’d blame myself for scheduling the birth instead of being patient. After a little research, I found that these worries were unfounded, and according to the ARRIVE trail, a study published in 2018, elective induction of labor during the 39th week was actually linked to a lower rate of C-section compared to those who waited for labor or were induced beyond 39 weeks (19 percent vs. 22 percent).

After a lengthy discussion with my doctor, I learned I was a good candidate for induction. Together, we made the decision to schedule the appointment right around 39 weeks.

As nervous as I was going into the induction, I’m happy to report that I had a really positive experience. After I posted on Instagram about my induction, I had so many friends tell me they had scheduled one as well and were very happy with the outcome. I wasn’t aware that so many of my friends scheduled their births and realized that it’s not something a lot of women talk about. If you’re considering being induced, I’m sharing why it was the right decision for me. 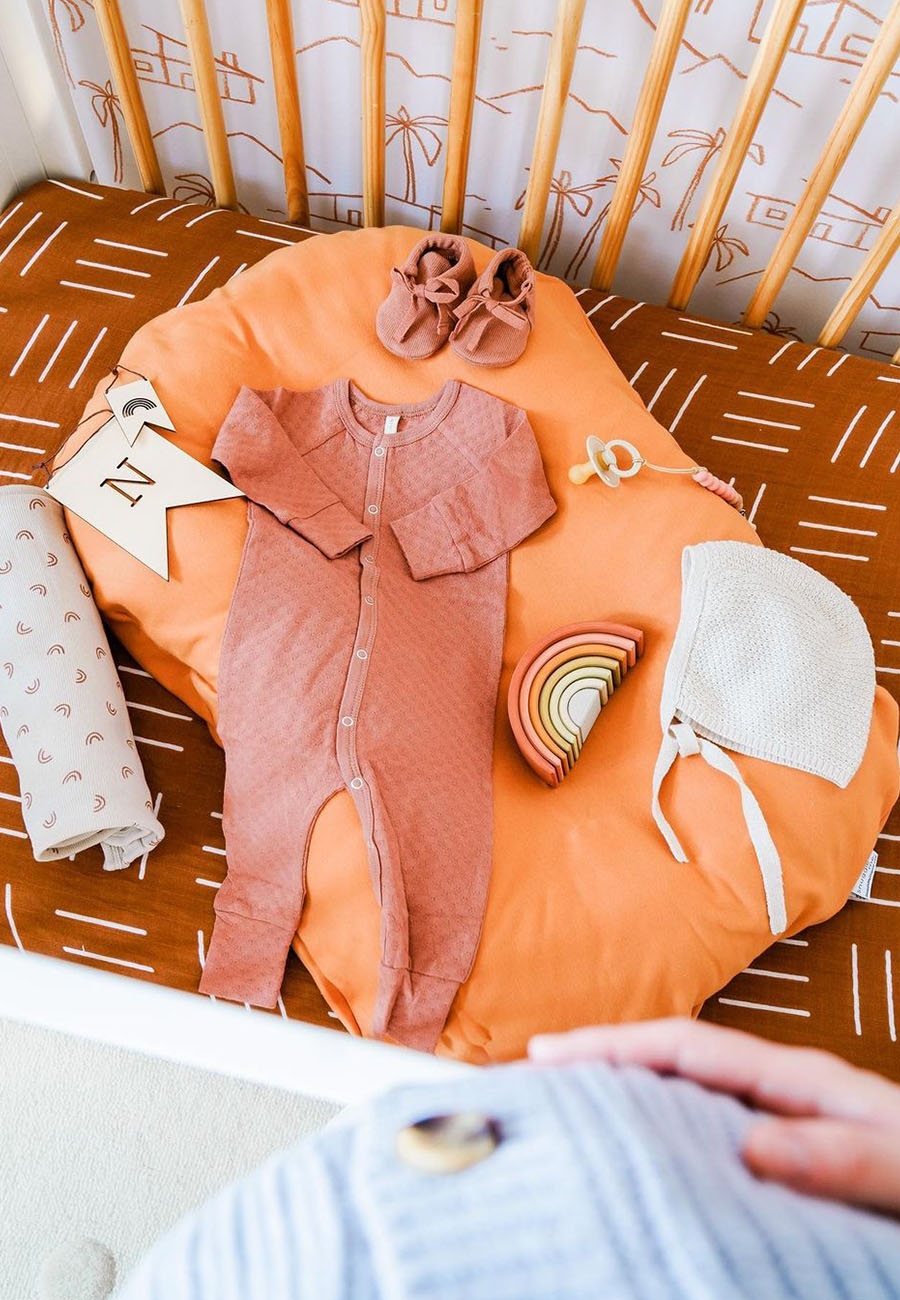 9 Things You Need to Know About Inducing Labor
Read More

In Defense of Scheduling an Induction

Before I jump into the positives of scheduling an induction, it’s important to note that everyone’s birth story is different. Induction isn’t always the right choice, and you should discuss with your health care provider to see if you are a good candidate.

It absolutely felt strange to have a date on the calendar that my baby would be born. It was an odd experience setting my alarm clock for 5 a.m. knowing I’d be headed to the hospital to have my baby. While some women love the surprise and excitement when that first contraction comes out of nowhere, I was OK without it.

If you think it might be the right decision for you, here are a few of the upsides I found for scheduling an induction.

You can schedule childcare

If you already have children, or even have pets, scheduling your induction allows you to have your childcare or petcare in order. With a date and time on the calendar, you can have your sitter scheduled instead of having to panic when contractions hit.

You can prep your “out of office”

If you’re planning to work until you go into labor, it’s nice to have the date set on the calendar. You can put up your Out of Office, share the necessary documents with coworkers, and give an official goodbye to your office mates before you head out on maternity leave.

You can avoid the last few days of pregnancy

I may be in the minority, but I actually enjoy being pregnant—most of the time. I love feeling the baby kicks and sporting a huge belly, but when it comes to those final days, I could do without them. The last few weeks and days of pregnancy can be so incredibly draining. On top of normal discomfort, in my last two weeks of pregnancy I also developed a PUPPPS rash, a very uncomfortable and itchy rash that some women get toward the end of pregnancy. The cure is to give birth. This was just another reason I was eager to be done being pregnant. 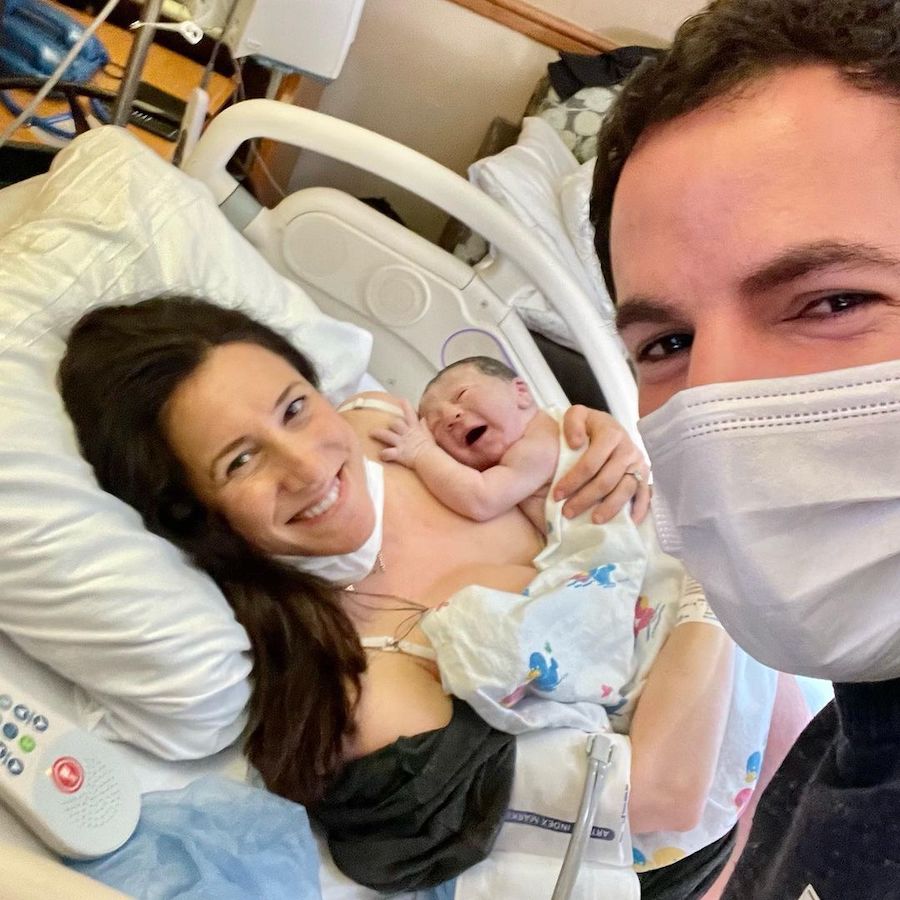 You can get ready

I know doing your hair and makeup is a silly reason to get induced (and it definitely shouldn’t be the only reason), but it’s kind of nice to have the time to prep yourself for the hospital. I’m not saying you need full hair and makeup before going into labor, but I liked being able to get a little ready before heading to the hospital. I love the first photos with both of my babies, but let’s just say my hair looks a lot better post-induction than it does from the birth when my water broke at 1 a.m.

You can get your pain meds sooner

As someone who didn’t labor at home with either of my births, I can’t speak for what it’s like to endure hours of contractions before even getting to the hospital. A plus side of induction is that you’re immediately admitted to the hospital, and you can likely get your pain medication of choice (if that’s something you want) earlier in the laboring process.

If your baby is measuring big, they won’t have time to get even bigger

One of the reasons my doctor recommended an induction is because my baby was measuring big enough around 38 weeks. She told me I could wait and see when I went into labor naturally, but it might mean having a 9-or-10 pound baby. Now, there’s nothing wrong with a 10-pound baby, but if it was something I could avoid while still birthing a healthy baby, I was all for that.

Things went very smoothly, and my labor was just a fraction of the time it was without induction. With second babies, the labor and delivery can be faster, so I’m sure that was a big part of it. But the induction didn’t seem to make my delivery longer, and it certainly didn’t feel like the baby was being forced out before they were ready. With the induction, I pushed for three minutes, whereas with my first birth I pushed for three hours. And my second recovery was much easier than my first. Again, I can’t say this was because I was induced, but it appeared to be the right decision for me.

Of course, on the flip side of induction, there are plenty of pros to waiting to go into labor naturally. I’m not here to say that being induced is the best way to have a baby. Everyone’s pregnancy, labor, and delivery are completely unique, and what works for one person may not be the right choice for another. If you are good candidate for induction and want to go down that path, don’t feel like you’re taking the easy way out or messing with Mother Nature. Do what’s best for you and make the decision you feel most comfortable with, knowing that you are doing the best you can to bring your baby into the world. 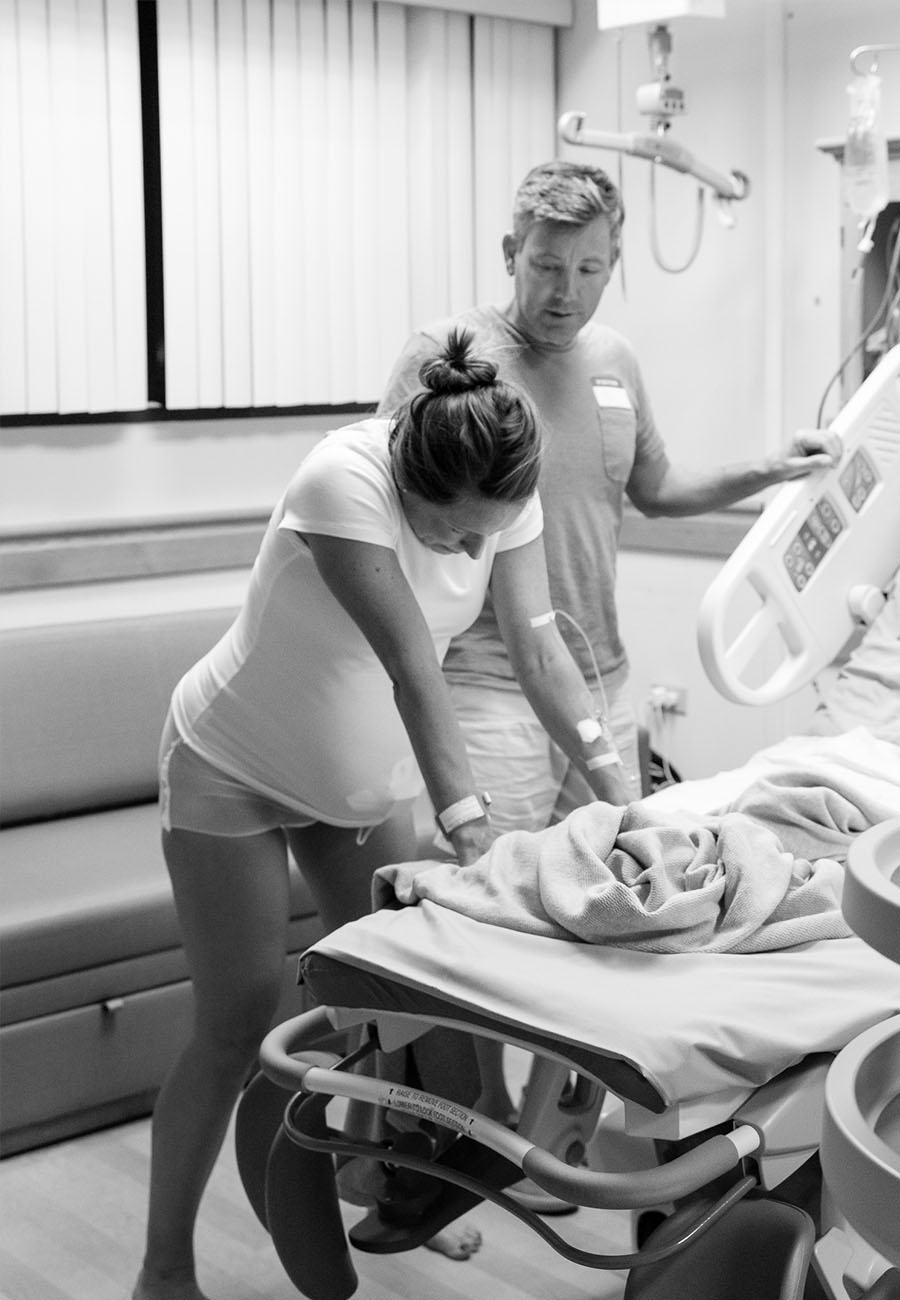 8 Things to Prep Your Partner for Before Childbirth
Read More