Once summer finally rolls around, we’re all so ready for outdoor playdates, visits to the zoo, picnics, and fun-filled pool parties. But sometimes, (especially on rainy days when the weather just does not cooperate with our #summervibe), a family movie is the perfect indoor activity and break from the sweltering heat of June, July, and August.

So when grabbing the kids, picking up some popcorn, and simply catching a feel-good flick at your local theater seems like the best thing ever, just reference our list below of the most-anticipated summer kids movies hitting the big screen over the next few months — you won’t want to miss ’em!

The UglyDolls brand has been around for years but now this group of adorable plush friends is starring in their own animated musical movie with voice acting from a celebrity-filled cast including Kelly Clarkson, Nick Jonas, Janelle Monáe, Blake Shelton, and Pitbull. This flick follows Moxy and her friends who, after living in Uglyville their whole lives, discover a new town called Perfection.

The story is great for kids of all ages and teaches important lessons on acceptance, individuality, and learning to love the skin you’re in. 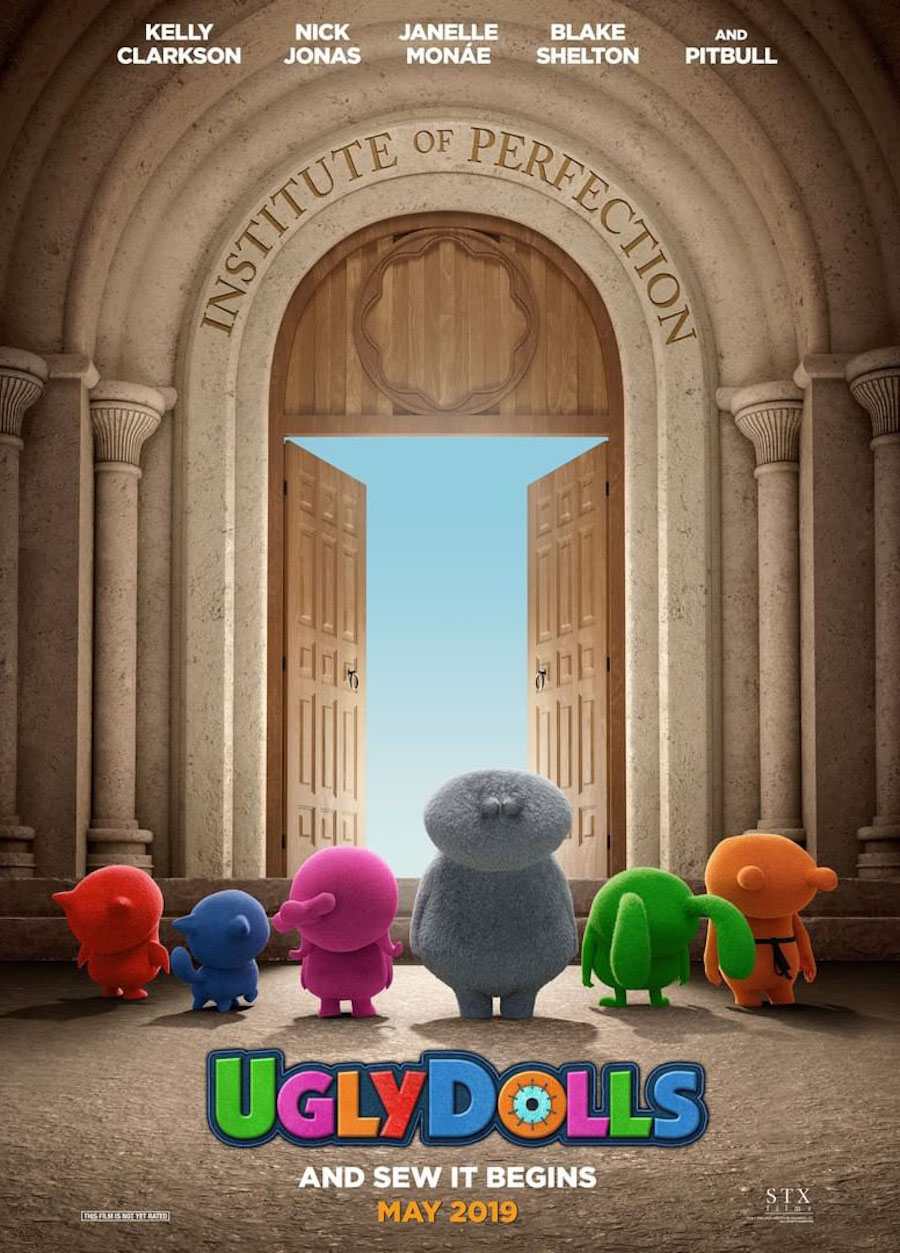 In Pokémon: Detective Pikachu, a young Pokémon trainer named Tim Goodman (played by Justice Smith) teams up with a talking Pikachu (voiced by Ryan Reynolds) to try to find Tim’s missing father who mysteriously disappeared after an accident. Along the way, the unlikely duo joins forces with a young reporter named Lucy Stevens (Kathryn Newton) and her Psyduck, another type of Pokémon.

Because the film is a little edgy, includes some crude humor, and features a few intense action scenes, it’s best for tweens and teens — so be sure to leave your littlest family members at home for this one. 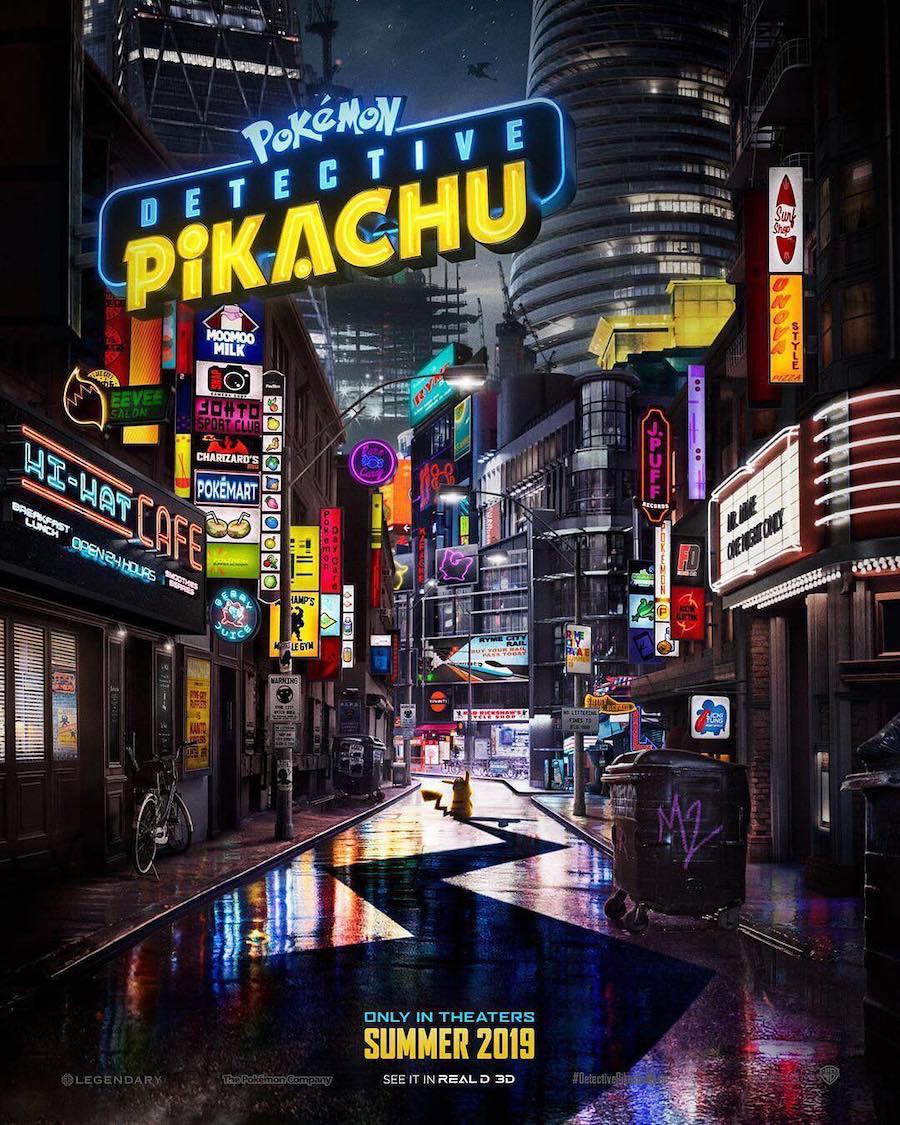 A sequel to 2017’s A Dog’s Purpose, this new film for dog-lovers follows a young woman named CJ as she grows up and moves from Chicago to New York City. Through it all, CJ has two trusty (and adorable) sidekicks by her side — first, a beagle Molly and later, a Yorkshire terrier Max —  who are both reincarnations of Bailey, the original dog from A Dog’s Purpose. Starring Dennis Quaid with voice acting from Josh Gad (he’s Olaf in the Frozen films!), A Dog’s Journey will definitely tug at your heartstrings.

The movie explores some mature themes – including illness, death, and abuse – so it’s definitely for an older kid crowd. 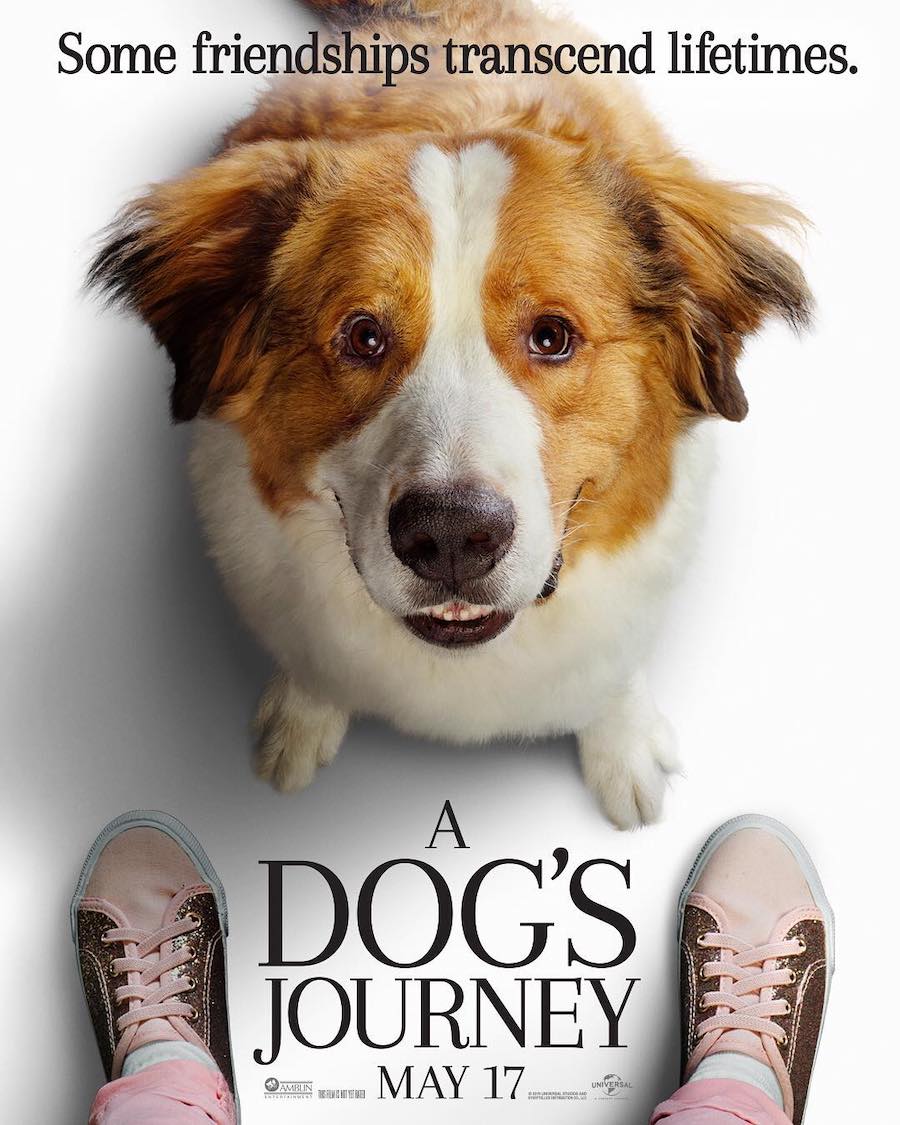 Next up on Disney’s long list of live-action remakes is Aladdin and we. can’t. wait. This version very closely follows the 1992 animated film and includes all the characters and catchy songs you know and love, but features an all-new cast with Will Smith as the Genie, Mena Massoud as Aladdin, Naomi Scott as Jasmine, and Marwan Kenzari as Jafar.

This reboot is thought to be a little more intense, dark, and scary than the original — it’s rated PG for “some action and peril” — so it’s best for kids who can handle those sorts of themes. 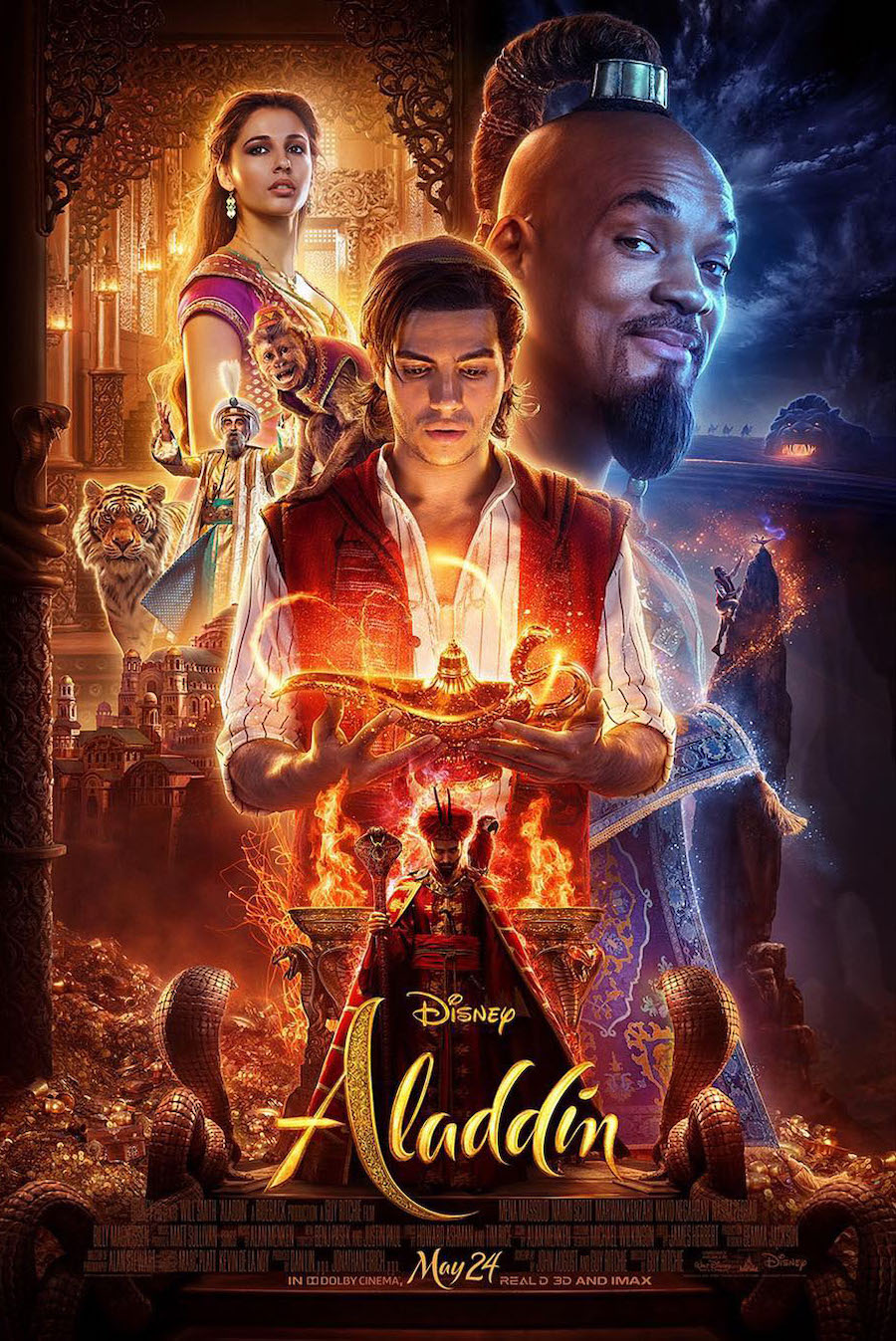 Max, Duke, Snowball, Gidget, Chloe, and Pops return in The Secret Life of Pets 2 — the sequel to 2016’s The Secret Life of Pets — for another adorable adventure about what happens when our pets are home alone. This time, Max’s owner Katie gets married and has her first child, Liam, while the other pets supplement with their own mini-storylines. Original voice actors Eric Stonestreet, Kevin Hart, Ellie Kemper, Dana Carvey, and Jenny Slate are back to join newcomers Tiffany Haddish, Patton Oswalt, and Harrison Ford (yes, seriously!).

Overall, this cute flick features the same silliness and feel-good fun as the first, so the whole family will love it — just note it’s rated PG for some scary moments and rude humor. 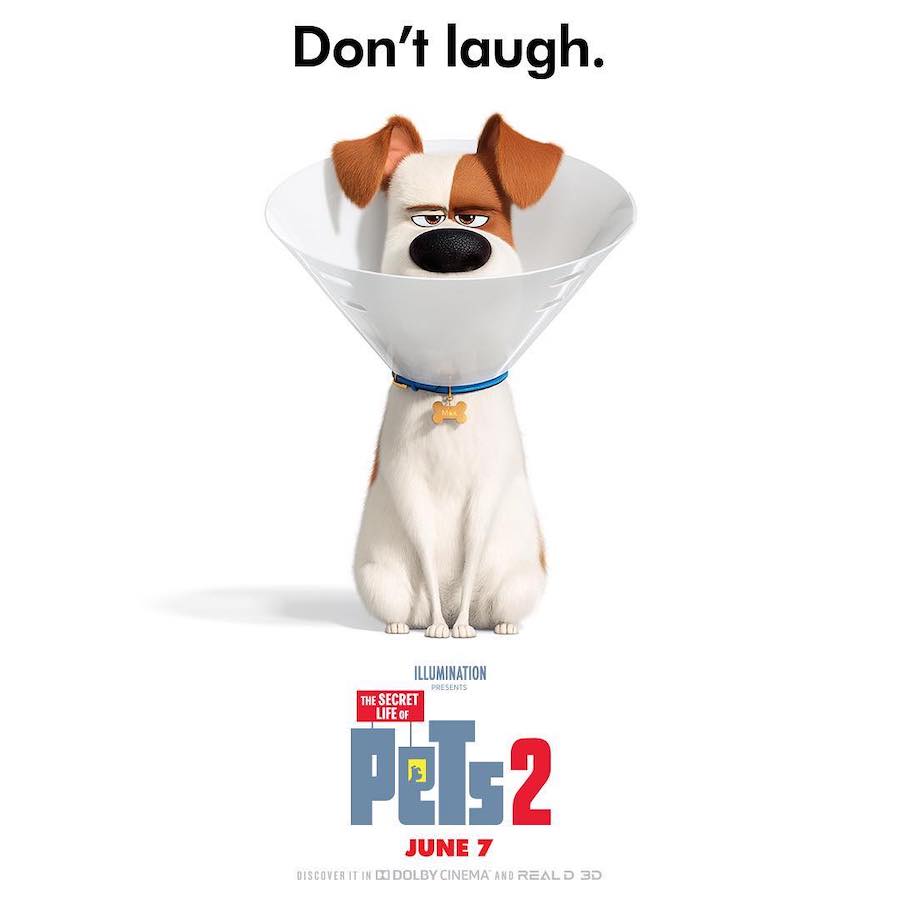 The Toy Story franchise has completely stolen our hearts over the last 24 (how has it been that long?!) years and, frankly, we’re so excited for Buzz, Woody, Jessie, and the gang to return to the big screen for the fourth time. In the newest installment, Andy’s toys pick up right where they left off in 2010’s Toy Story 3 in their new home with Bonnie’s family – they meet a new friend named Forky and later, embark on an epic road trip adventure. Tim Allen, Tom Hanks, and Joan Cusack are back to voice their iconic characters and are joined by new voices from Tony Hale, Keegan-Michael Key, Jordan Peele, Keanu Reeves, and Christina Hendricks.

Bring the kids (of all ages!), your spouse, and your friends because seriously everyone will love this movie. 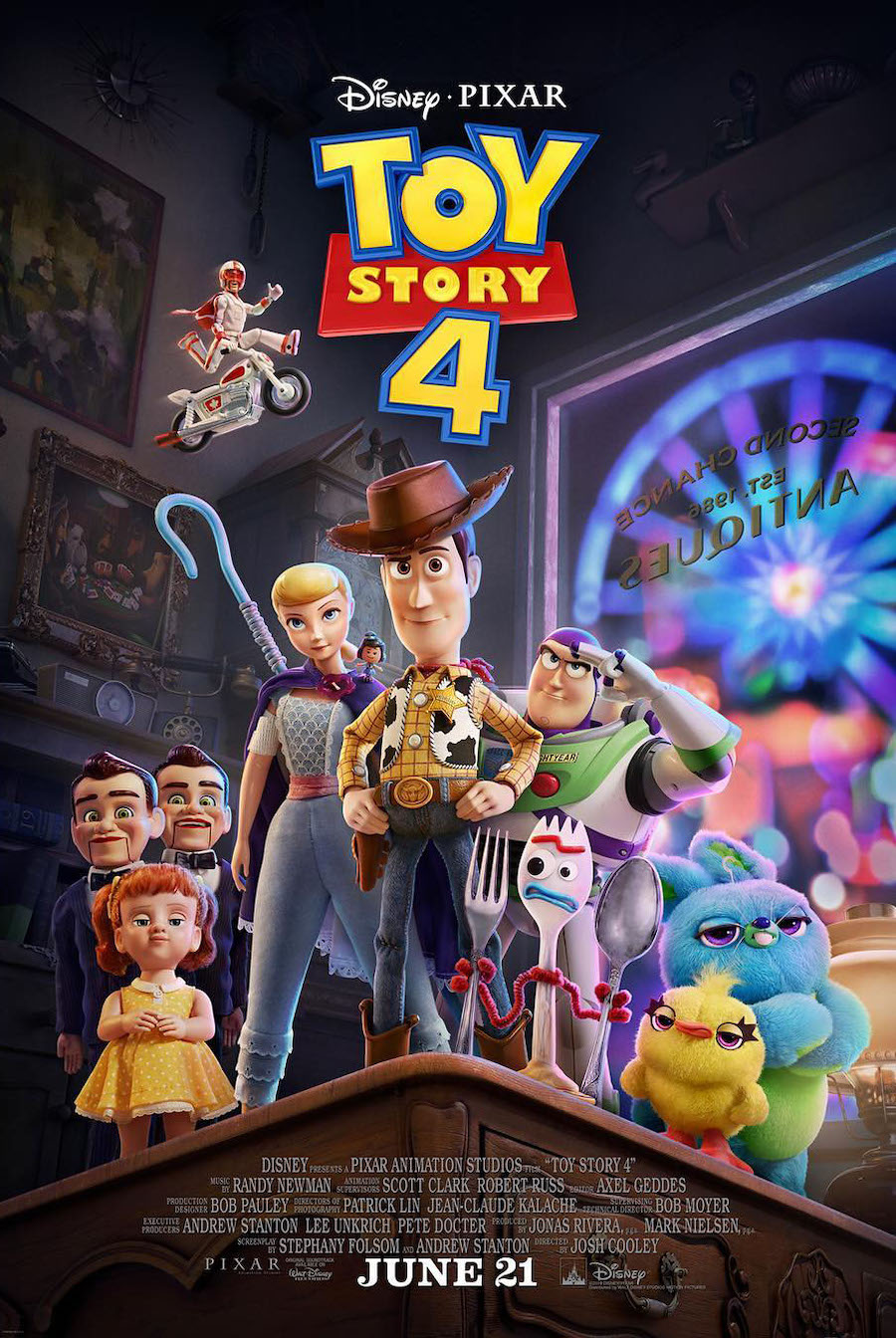 Another summer sequel – Spider-Man: Far From Home follows teenage superhero Peter Parker as he goes on a school trip to Europe with his friends. While abroad, however, he’s recruited to team up with supervillain Mysterio to help battle the Elementals, a group of extradimensional humanoids.

Nearly two months after Aladdin‘s highly-anticipated theatrical release, an even bigger and more star-studded Disney live-action film is hitting the big screen. The Lion King is, of course, a remake of the beloved 1994 animated movie and though it’s being called live-action, it actually features remarkably realistic CGI characters. This time around, Donald Glover voices Simba while Beyoncé brings Nala to life. Joining in on the fun are Seth Rogan as Pumbaa, Billy Eichner as Timon, and John Oliver as Zazu. James Earl Jones also returns as Mufasa, because who else could really voice the iconic character?

Because the new Lion King is much more realistic, it is a bit scarier than the original so be forewarned — but this movie surely isn’t one to miss. 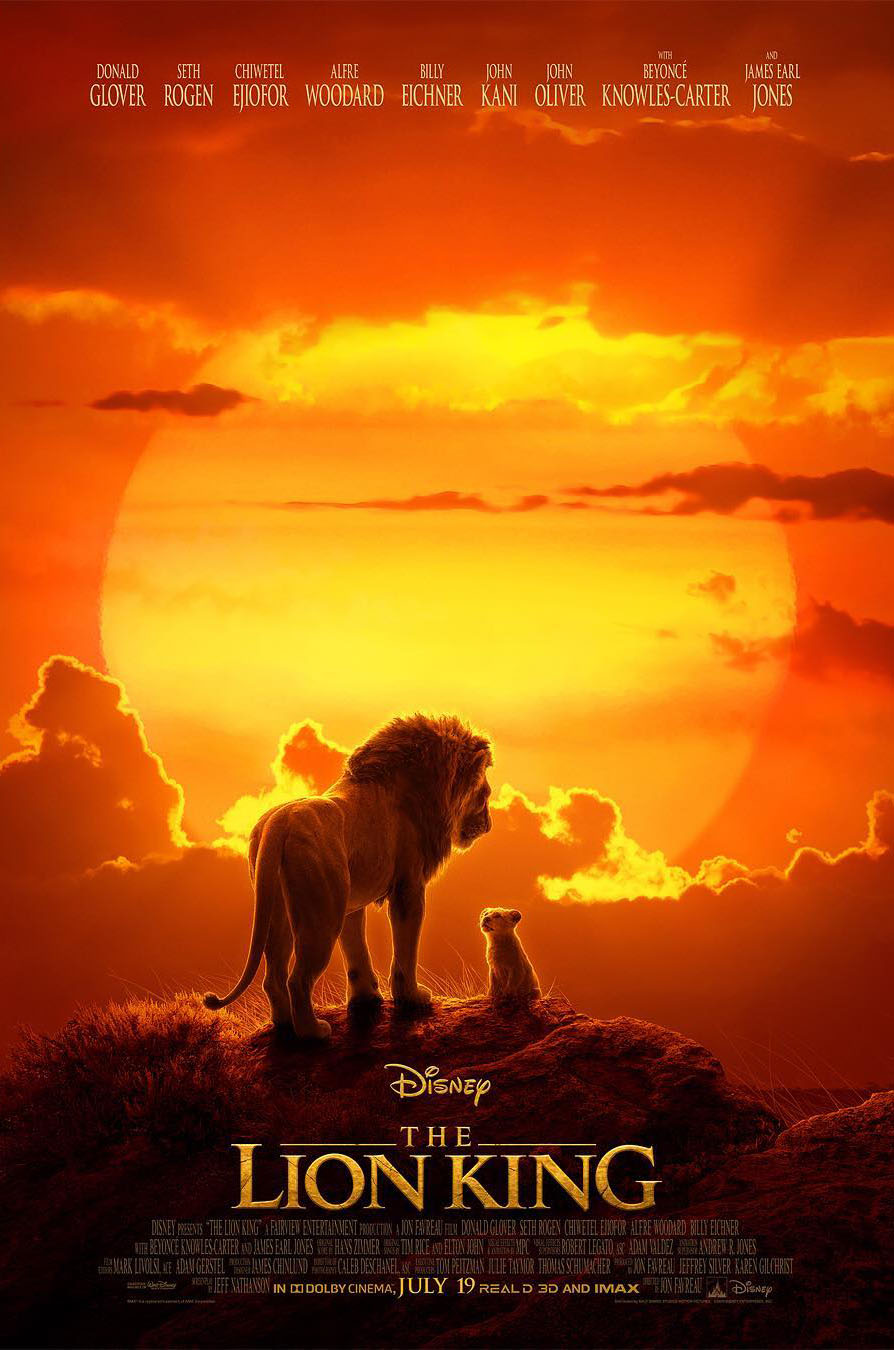 August 2: Dora and the Lost City of Gold

That’s right – Dora and Boots are back! Five years after Nickelodeon’s adorable animated explorer went off the air, Dora returns in live-action form to tackle a brand new kind of adventure: high school. The movie follows a teenage Dora, her trusty sidekick Boots, best friend Diego, and a group of friends as they try to save Dora’s parents and solve the impossible mystery behind a lost Inca civilization.

Starring Isabela Moner, Michael Peña, Eva Longoria, and Benicio del Toro, Dora and the Lost City of Gold is perfect for older kids who used to love the original TV series and brings an action-packed punch that’ll be enjoyed by the whole family. 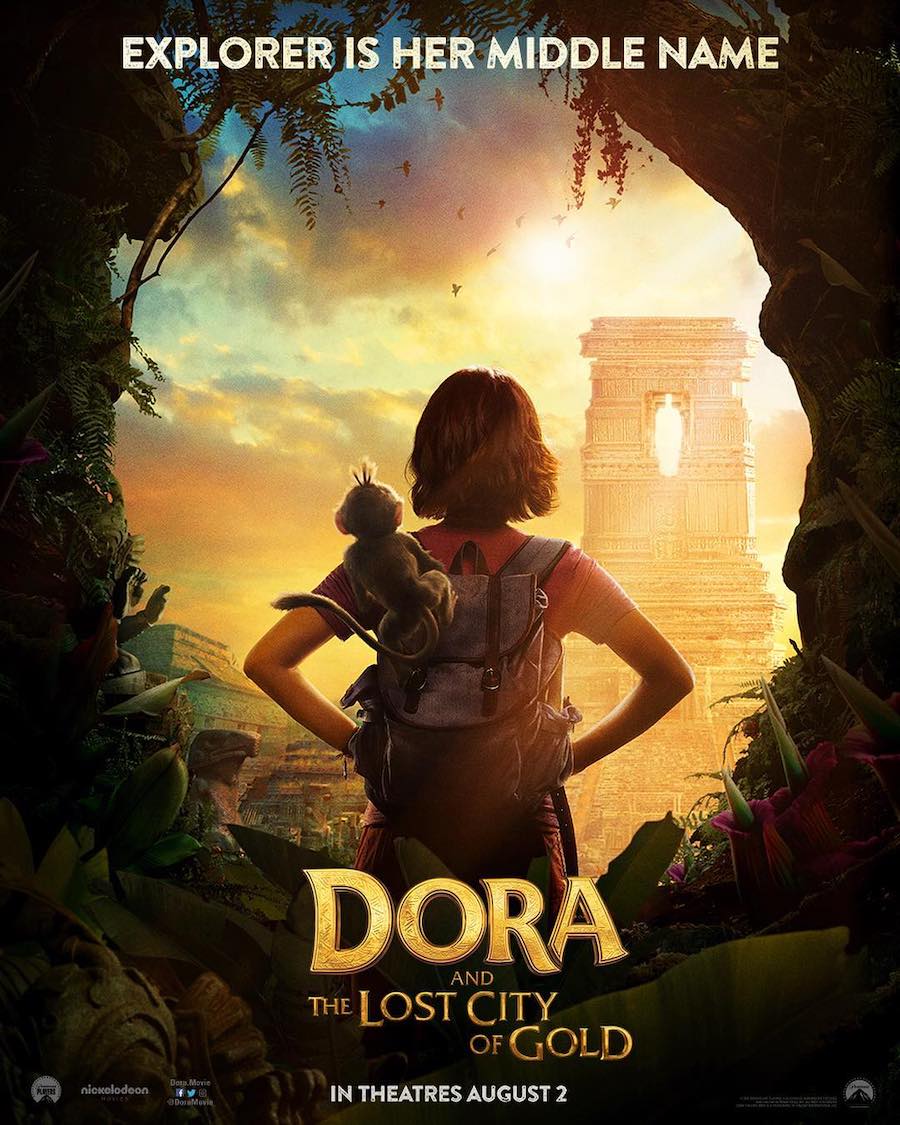 This fantasy-adventure film is based on the early-2000s children’s book series of the same name and tells the story of a preteen genius named Artemis Fowl who — along with his servant, Butler — tries to exploit magical fairies in order to restore his family’s fortune and rescue his criminal father.

The movie is for more mature audiences (tweens and teens, not young kids), as it includes some heavy storylines, scary scenes, and violence. 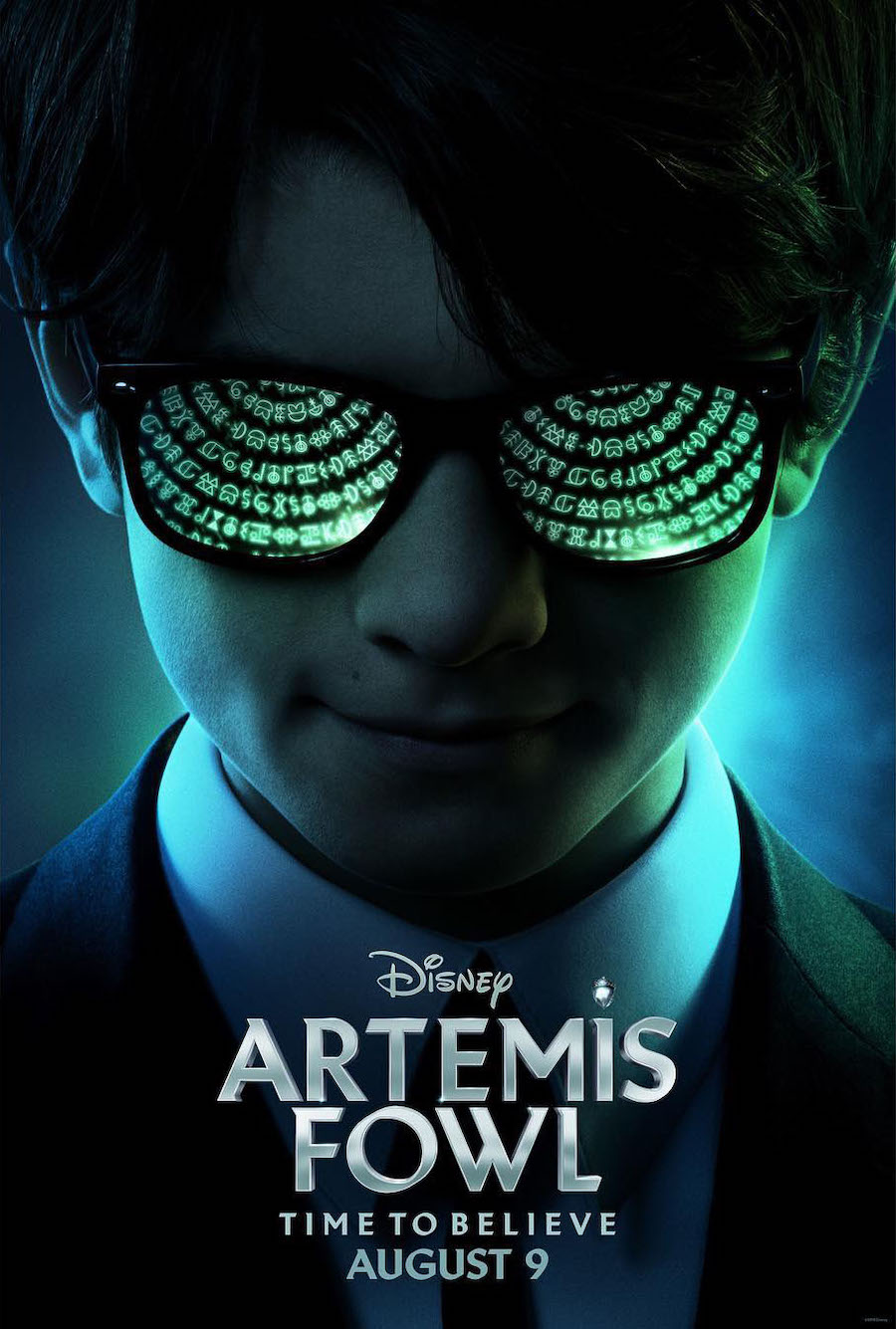 Based on the wildly popular phone video game, this sequel to 2016’s The Angry Birds Movie follows King Mudbeard (the leader of the Bad Piggies) as he plots revenge against the Angry Birds after they destroyed his home while collecting eggs. The cast is seriously star-studded and includes Jason Sudeikis, Josh Gad (he’s been busy!), Leslie Jones, Bill Hader, Sterling K. Brown, Peter Dinklage, JoJo Siwa, and even Nicki Minaj.

Like the first movie, Angry Birds 2 is expected to include some crude humor and cartoon violence but it’s certainly good fun for kids of all ages. 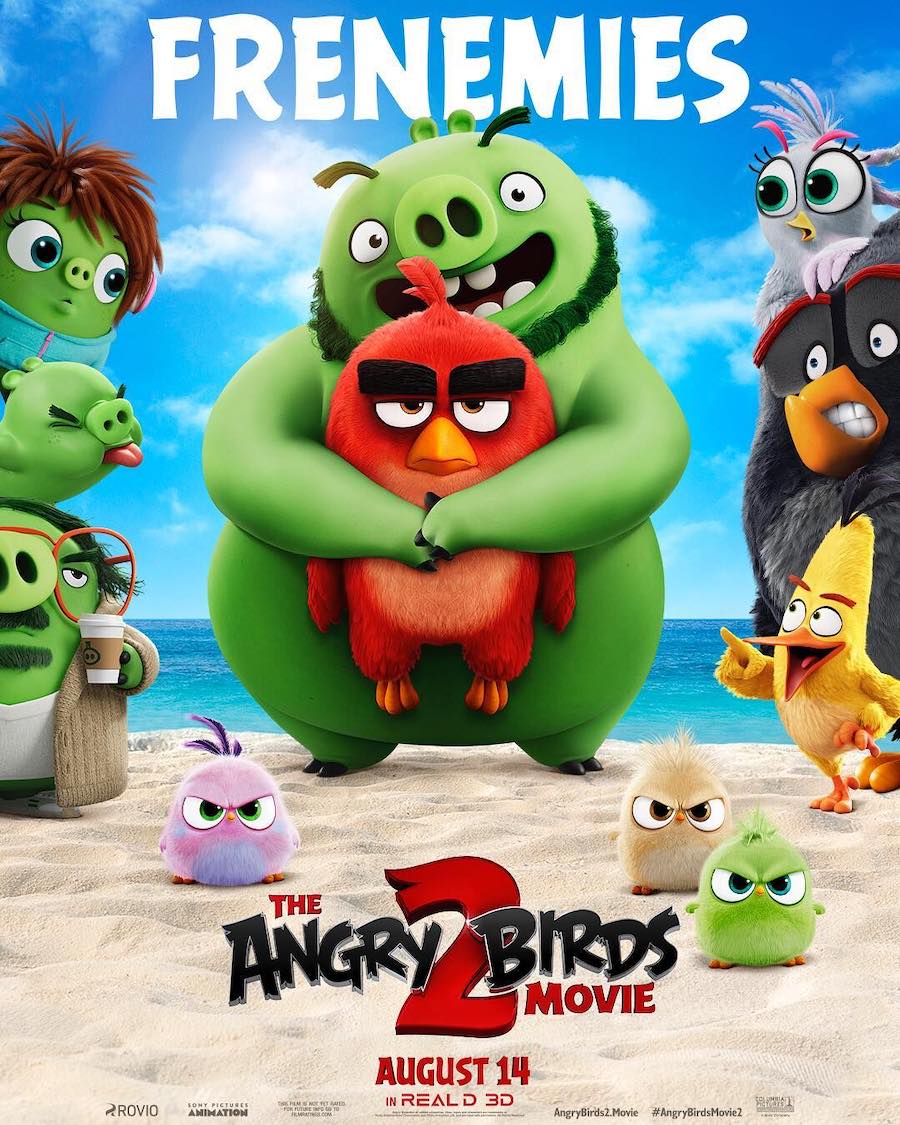 We’ve loved these tiny toys since the mid-1970s so, of course, we were excited to hear Playmobil was finally getting a big-screen moment just like Lego. The movie takes kids on an epic adventure as a young girl named Marla enters the animated Playmobil world to find her younger brother, Charlie, and bring him home. During her adventure, Marla visits different themed lands and meets fun characters including a food truck driver, a secret agent, a fairy-godmother, and a robot, just to name a few.

With voice acting from Daniel Radcliffe, Meghan Trainor, and Adam Lambert, this cute film is sure to be a new favorite for your little ones. 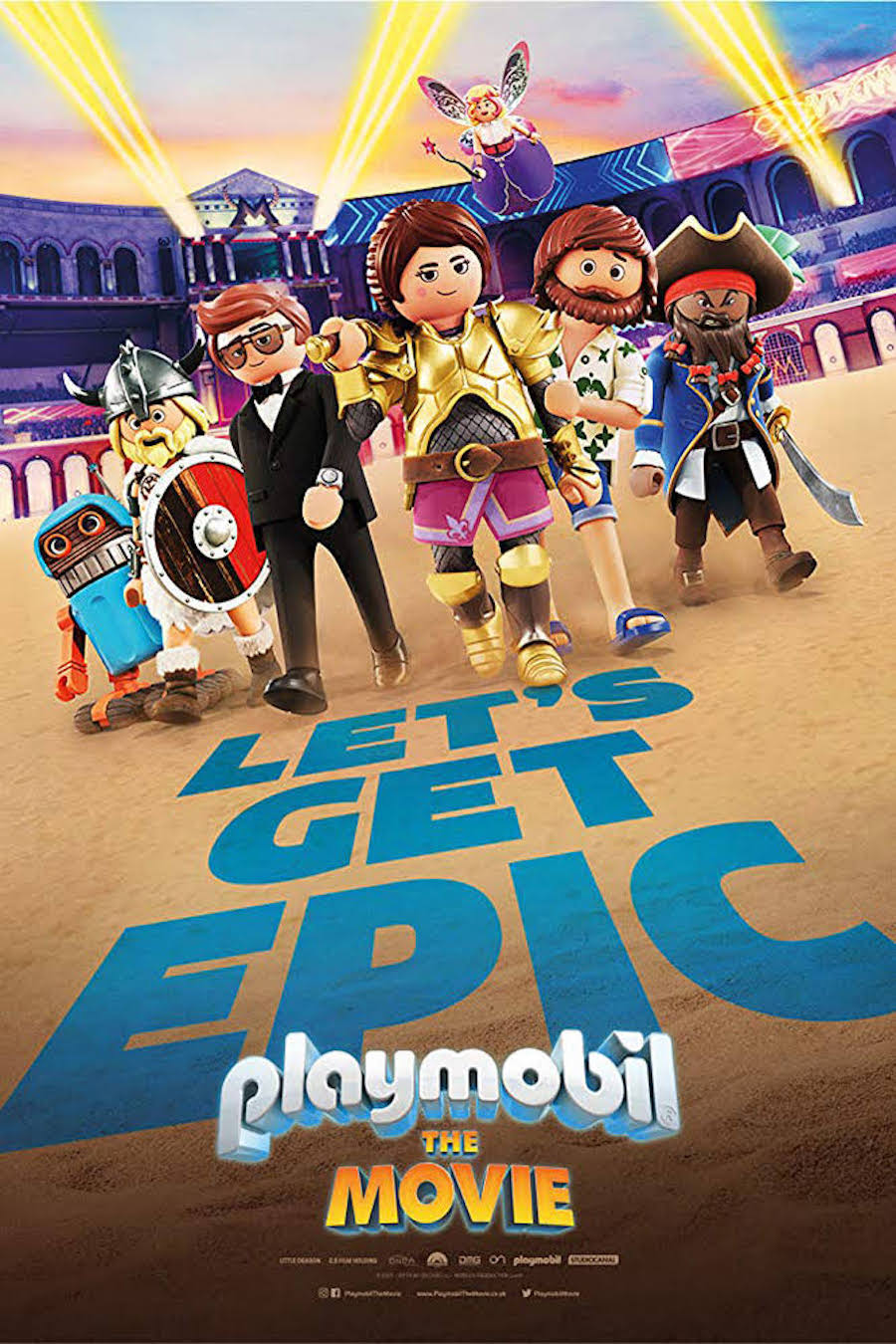 In Spies in Disguise — which has a similar vibe to Disney’s The Incredibles — the world’s greatest super spy Lance Sterling (voiced by Will Smith) is turned into a pigeon and must then team up with inventor Walter Beckett (Spider-Man star Tom Holland) to save the world after a major event puts humankind in danger.

The story may seem silly, but that just means kids all ages will love it – it’s sure to be a classic in no time. 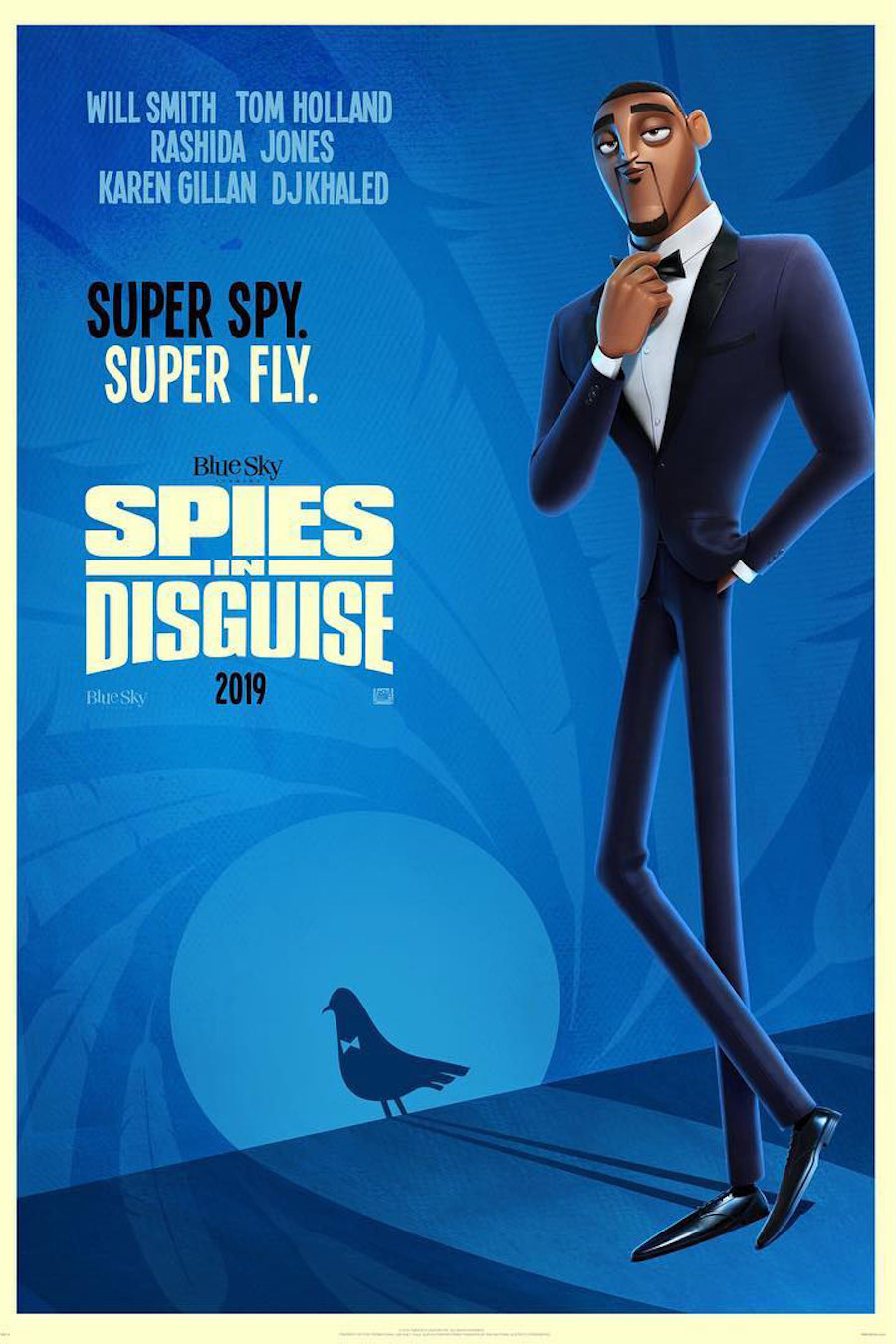 The latest animated film from DreamWorks — the studio that previously brought us Shrek, Madagascar, Kung Fu Panda, and more — tells the story of a young, magical Yeti named Peng who embarks on an adventure to find his family.

Not much else is known about the movie at this point, other than it sounds simply adorable and great for the whole family. 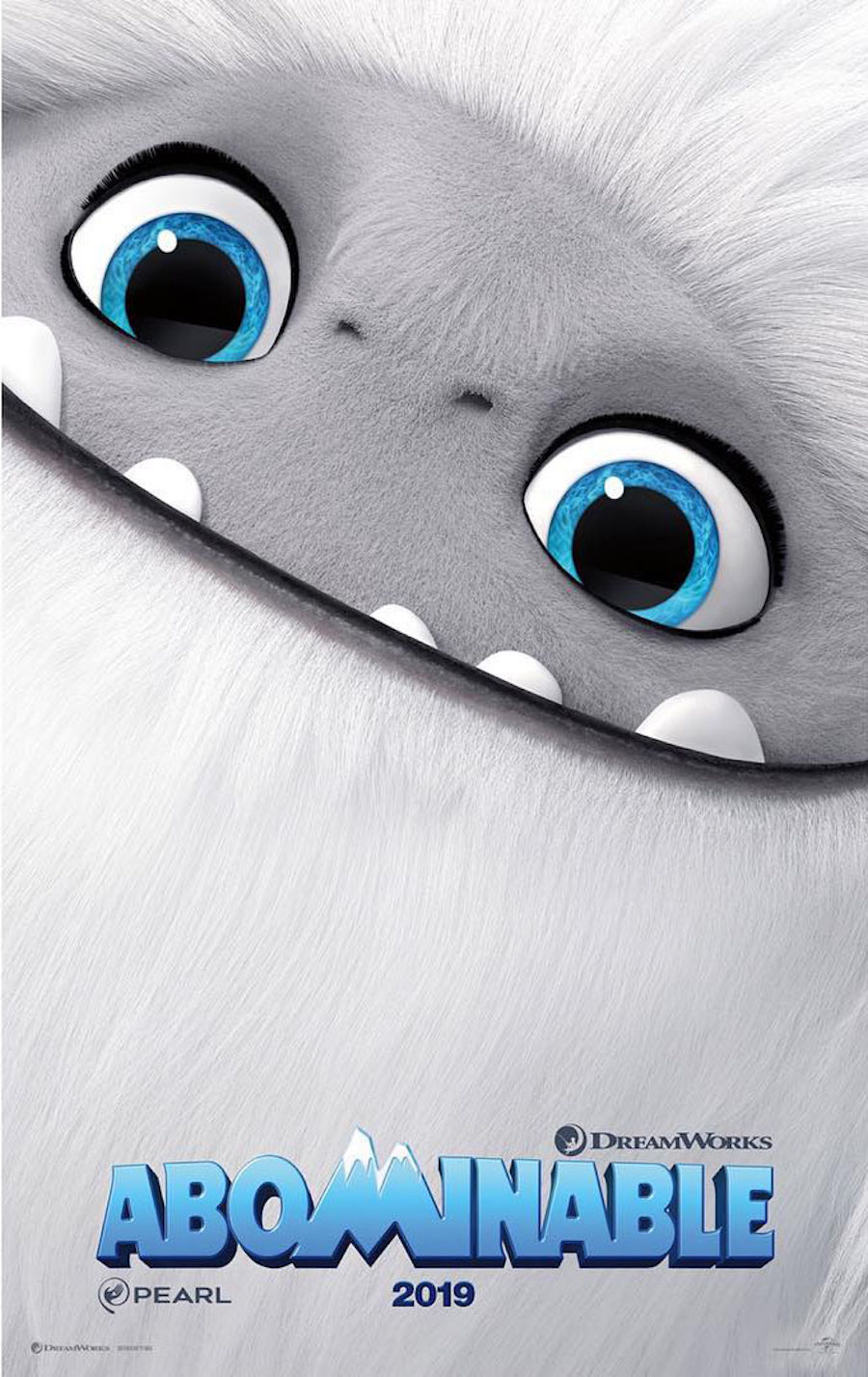