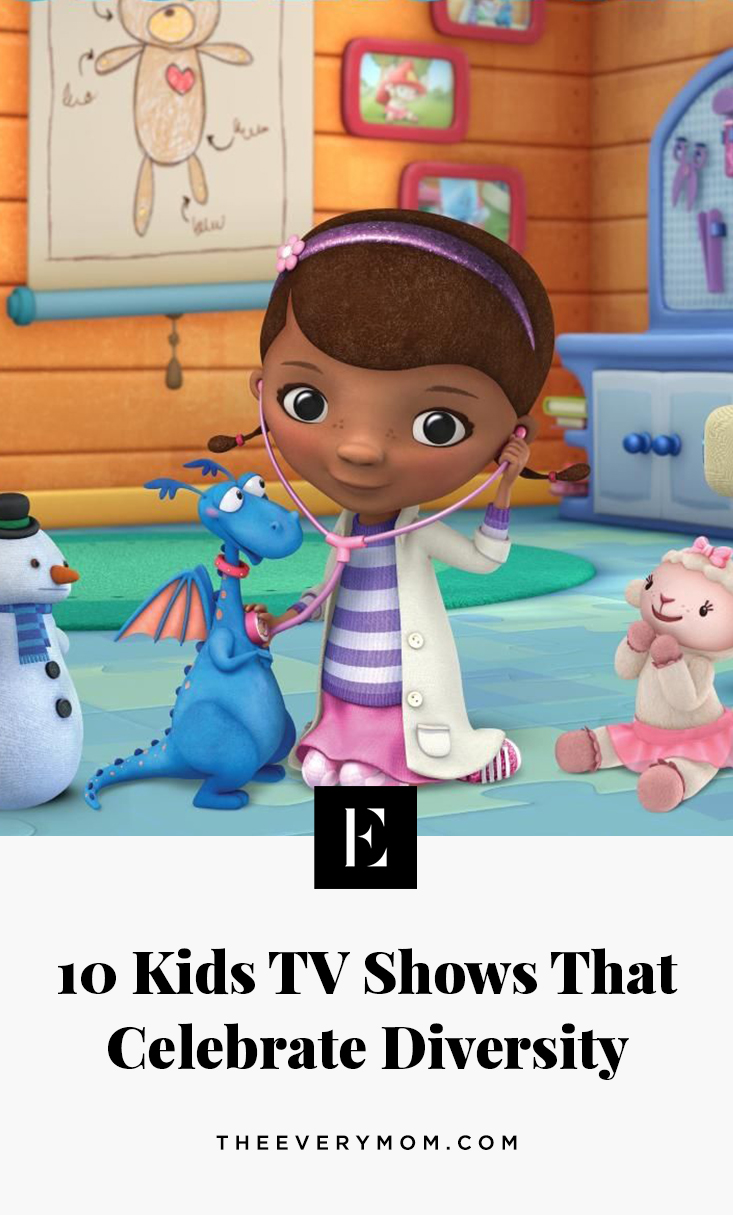 Many of us (raising my own hand here) are now learning that our toddlers and young children actually aren’t too young to talk with about race. While leading by example and being anti-racist ourselves is one way to teach our children how to navigate the world, it’s just that: one way. We have to do more than that.

Baby & Kids /
Shop Our Most-Used Items From Amazon for Toddlers!
If your kid is turning 2, get ready for hilarious conversations, much more involved play, and lots of sweet, sloppy kid hugs and kisses. As for what you’ll need? Leave that to us. This way to shop —>

Research tells us that starting as young as 3 months old, babies start to show a preference for own-race faces over other-race faces. This suggests that perceptions of racial and cultural differences are learned through our own experiences even in very early development.

This is why it is vital to make sure kids see a diverse range of people reflected in their daily lives through activities, toys, books and TV shows. As children grow and learn about their world, let’s make sure that they value and respect people of all backgrounds.

If you’re looking to incorporate more diversity into your child’s life, below are 10 TV shows to get started.

Ronnie Anne is an independent and adventurous 11-year-old exploring a new city and adjusting to her new life living under one roof with her multi-generational Mexican-American family.

Sesame Street has been bridging cultural and educational gaps for more than five decades as a PBS staple, now available to watch on other platforms too. Big Bird and other characters including Bert and Ernie, Oscar the Grouch, and Grover, among others, teach kids numbers, colors, and letters, along with other important life lessons.

Based on the childhood of the Latina character Nina from Sprout’s The Good Night Show, Nina’s World follows curious and imaginative 6-year-old Nina and her best friend, Star, as they explore their neighborhood.

Dottie “Doc” McStuffins is a 6-year-old girl who cares for stuffed animals and toys in her playhouse clinic where toys, dolls, and stuffed animals come to life when she puts on her stethoscope.

Nella is not just a princess or a knight, but she is an 8-year-old princess-knight who breaks barriers, challenges expectations, and fights for justice during all of her adventures.

Where to Watch: PBS Kids, YouTube TV, and Amazon Prime

Alaska native Molly Mabray is a 10-year-old girl who helps her parents run various businesses in the fictional village of Qyah, Alaska. The show follows the adventures of Molly, her family, her dog Suki, and her friends Tooey and Trini.

Where to Watch: Disney+, YouTube, iTunes, and Google Play

Penny Proud is a 14-year-old Black teenager who is navigating the independence from parents and grandparents that comes with growing up, along with facing the typical teenage challenges that come with junior high.

9. Xavier Riddle and the Secret Museum

Xavier Riddle, his little sister Yadina, and best friend Brad go on adventures and tackle everyday problems by traveling back in time to learn from real-life inspirational figures when they were kids.

Where to Watch: Disney Now, YouTube TV, and Sling TV

For all the detective types out there, Mira is a brave and resourceful commoner who is appointed as a royal detective in India after she solves a mystery that saves the kingdom’s prince. The show follows her mystery-solving adventures with her friends.

This article was originally published on June 6, 2020.

Read More: 33 Books Featuring Black Heroes and Characters That Every Kid Should Read