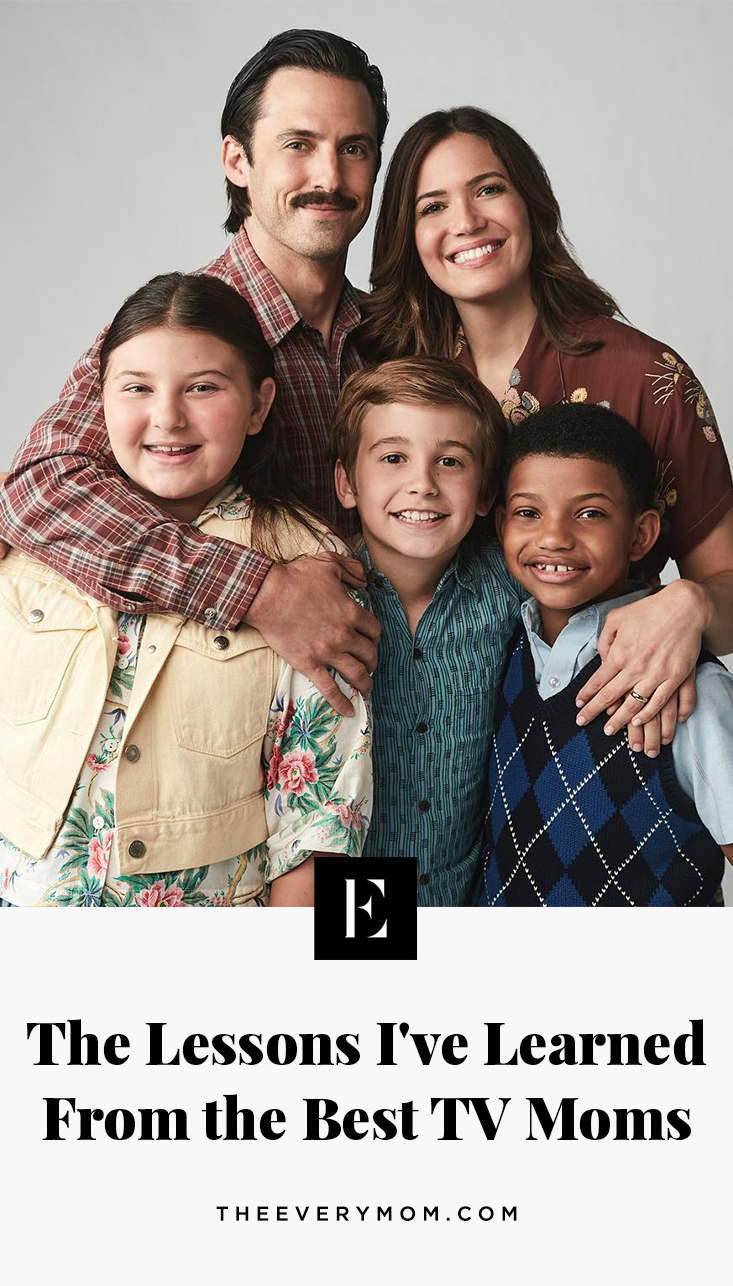 One of the best shows I’ve ever seen is Parenthood.

If I’m ever struggling with something to watch, I often turn on Netflix, start from the beginning, and watch old episodes. It was such a good show because it was realistic. You really felt like you or your family had been through something similar or that you could relate in some way. Each actor played their character perfectly — from the grandparents to the little kids. I love the shows where I can see myself in them and walk away with a lesson that gets me thinking about my own life. I’m not ashamed to say that I’ve laughed out loud and wept like a baby several times while watching Parenthood.

Even though Parenthood has ended, we still have some amazing TV shows that are truly binge-worthy. Shows like This Is Us, Black-ish, A Million Little Things, Grey’s Anatomy, and so many more are really popular right now, and for good reason. From the family dynamics, honest conversations between a parent and their child, the struggles and joys of marriages, and everything in between, you have to admit we have some great storylines on TV right now.

Lately, as I’ve been digging into new shows, I’ve started to pay more attention to the mothers on the show. As a new mom myself, I’m always curious as to how mothers are portrayed and I usually walk away learning a lesson or two from them. Here are six of my favorite moms on TV and a few things I’ve learned from them.

Rebecca Pearson — This Is Us 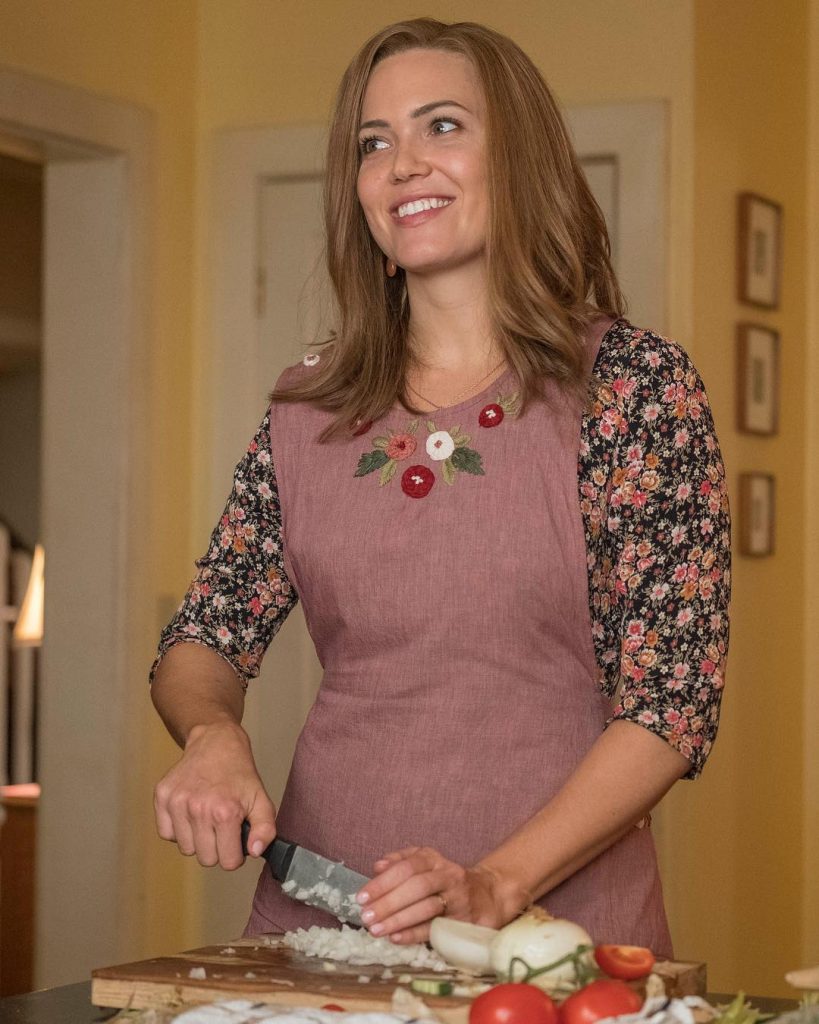 Rebecca Pearson is the kind of mom that always has warm chocolate chip cookies on the counter every time you come over. While she’s far from perfect, she definitely has made sure that her family accepts and loves one another above all else. Even when her husband Jack dies.

I can’t imagine the strength it takes to take care of a family after your husband passes. As we all know, life doesn’t stop even when tragic things happen and Rebecca has shown that it’s OK to be fragile and strong at the same time. The entire family was devastated when Jack died, but Rebecca allowed herself to mourn and heal in a way that worked for her – not some other societal expectations.

The main lesson I’ve learned from Rebecca Pearson is that you can be a mom and ask for help, and these days, that’s huge.

The main lesson I’ve learned from Rebecca Pearson is that you can be a mom and ask for help, and these days, that’s huge. While sometimes reluctant, Rebecca leans on her children Kate, Randall, and Kevin to help her from when they are kids through adulthood. Sometimes the help is to see how she could’ve handled something better, how to apply for a job after not working for so long, or when her health begins to take a turn – she knows that her family is there to help her and that it’s OK to take the help they’re giving. As a mom, you don’t always have to be the one taking care of everyone. You can be taken care of too. 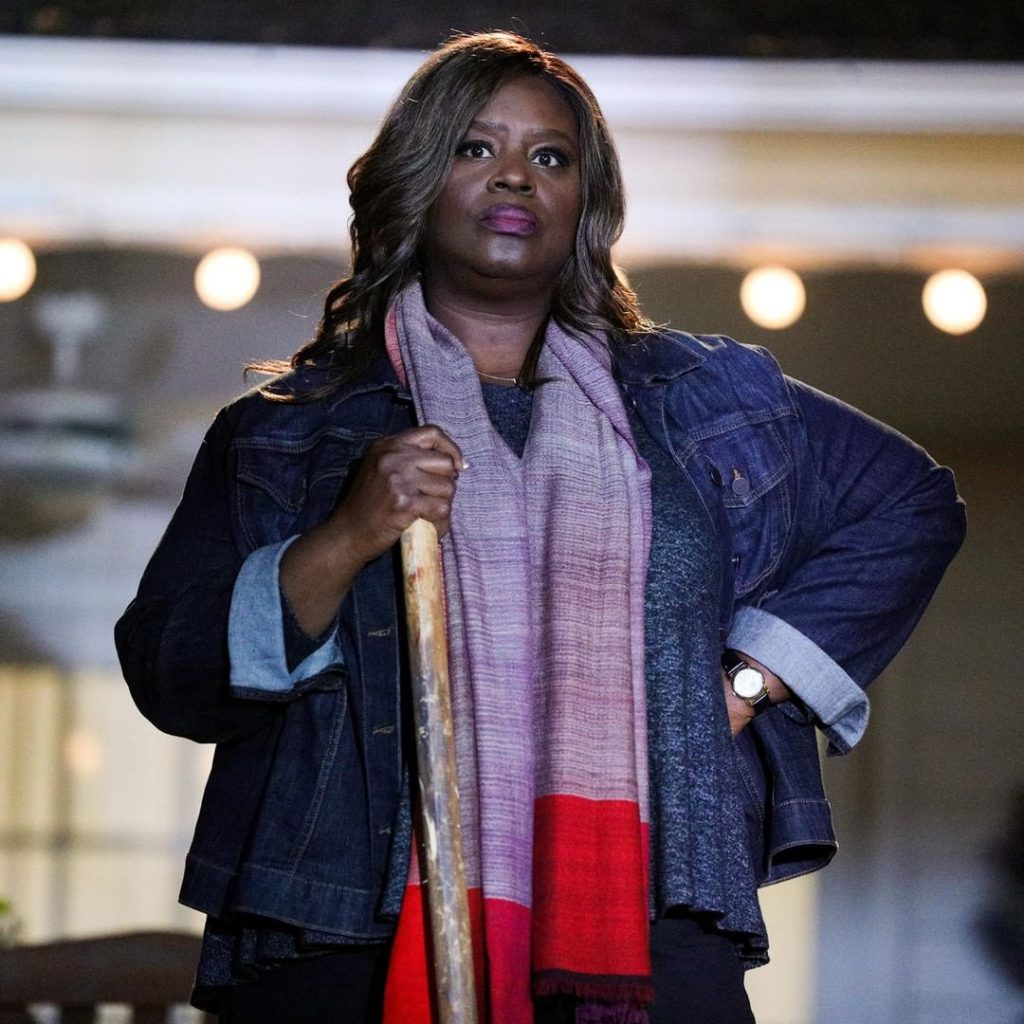 I’ll be the first to say that I wasn’t sure how I felt about this show when I started watching it. But, as I continued, I started to really like Ruby more and more. Listen, we’ve all said the words (even if just in our heads) “I’d do anything for you” to our kids, but the moms on Good Girls take that notion a bit too far. Save for the felony, there is a bit more to this show that kept me coming back.

The main lesson I learned from Ruby Hill is how far you’ll go to give your kids the life you never had.

The main lesson I learned from Ruby Hill is how far you’ll go to give your kids the life you never had. I can’t speak for all moms, but a part of why I wanted to have children is for that exact reason. I hope that I can give my son the experiences and opportunities that I didn’t get as a child, and sometimes, that only happens from sacrifice. Underneath all of the mischief from Ruby, at the core of it all, she is just trying to help her daughter Sara receive a new kidney and recover from kidney disease. We’ve all been there before — whether it was our child being bullied, not getting the part in the school play, having their first crush or first breakup — there isn’t anything we won’t do (for the most part!) to give our kids the best life we can give them. And there’s truly nothing wrong with that. 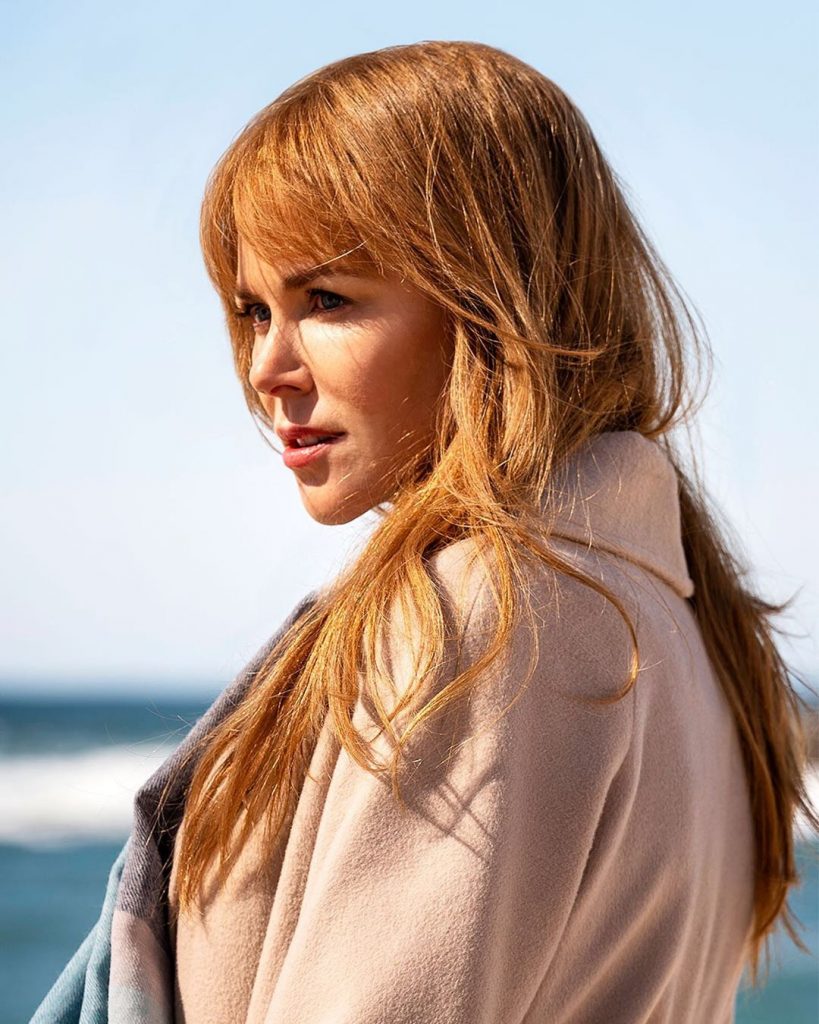 Celeste wasn’t my favorite out of the Big Little Lies series until the end. We all know that our lives aren’t perfect and that things can get messy and complicated in parenthood and in marriage. There is a lot of good and bad that can be said about Celeste’s character — from how she handled her mother-in-law to the ins and outs of her marriage and the domestic abuse she endured from her husband.

The main lesson I learned from Celeste Wright is to find your core people and confide in them.

The main lesson I learned from Celeste Wright is to find your core people and confide in them. Celeste had a lot going on in her life, but she was dealing with a lot of it silently behind closed doors. She suffered a lot, and she only started to see the light a bit brighter when she started to tell her friends in the Monterey Five about what was going on. As moms, we have a lot on our shoulders and trying to be “Super Mom” most of the time is exhausting, but having a core group of friends that you can lean on during the good times and the bad can make a lot of things much better. 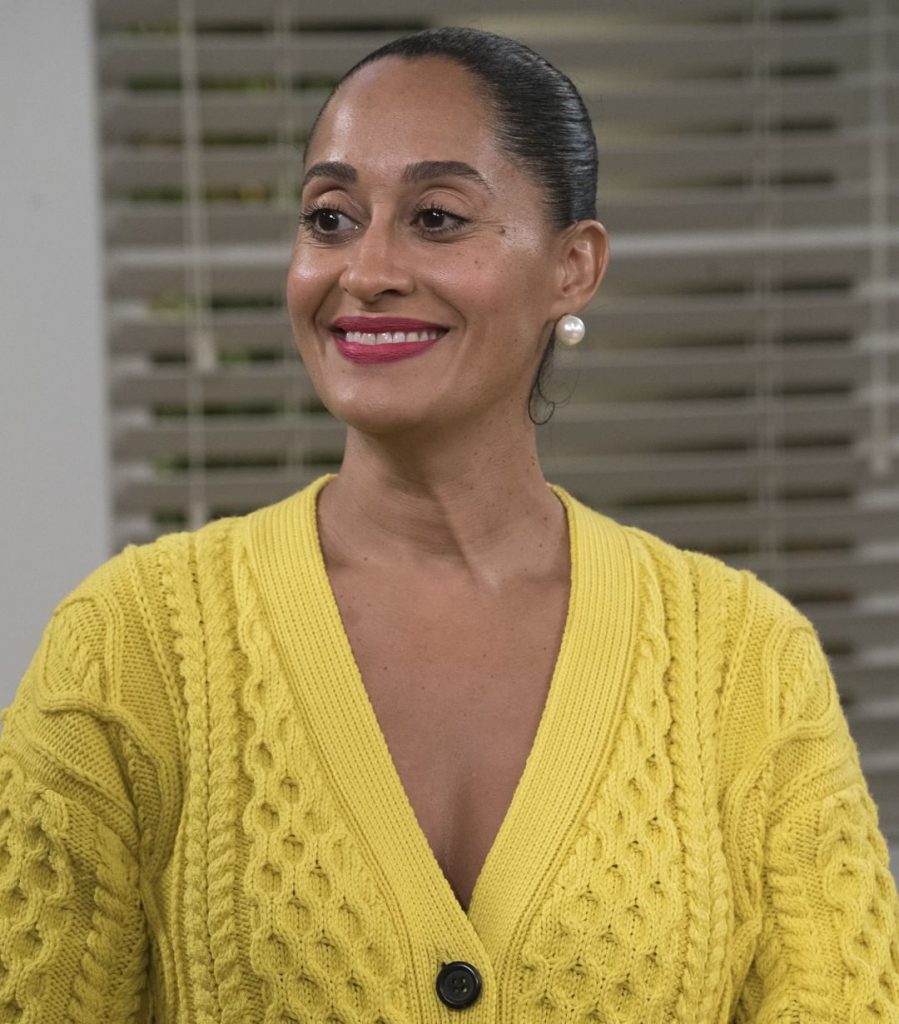 I talked about 5 lessons I’ve learned from Rainbow ‘Bow’ Johnson here, but she’s worth mentioning again because of how great she really is. Bow is by far one of my favorite moms on TV right now because of how relatable she is. While I may not be a doctor, I can still relate to her pregnancy journey, navigating her career after her son was born, and dealing with the shifts and changes in marriage as she and her husband continue to grow old together.

The main lesson I’ve learned from Bow Johnson is that family is first.

The main lesson I’ve learned from Bow Johnson is that family is first. Everything she does is to support the winding roads of growth each family member is navigating. Moments like supporting her daughter Diane playing the lead male role in a play or talking to her son Junior about having sex for the first time — these are memories the family will have for years to come. I hope to create an environment in my home that creates open and honest conversations as my son gets older just like Bow does.

Beth Pearson — This Is Us 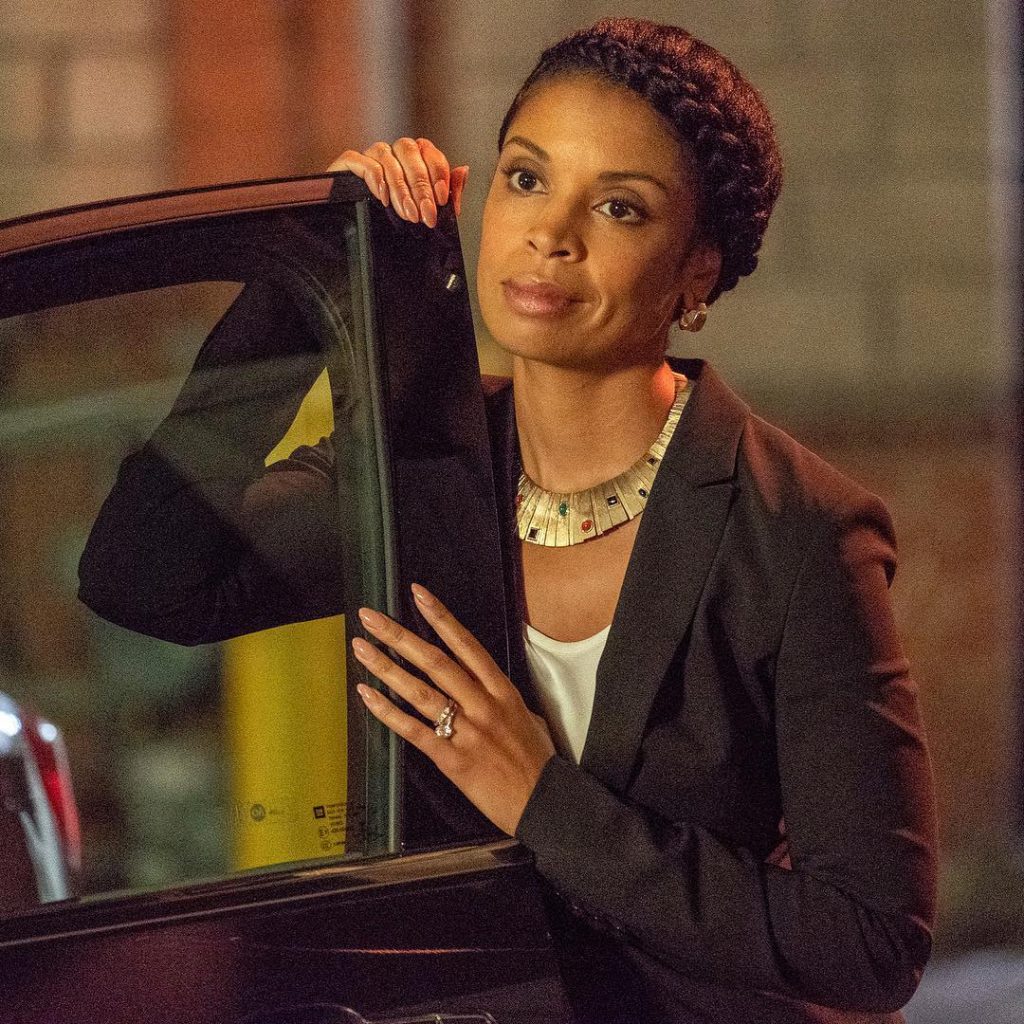 Beth Pearson is #momgoals for me. From the goals she sets for herself, to the way she shows up in her marriage, to supporting her biological and adopted kids through everything, she really is an inspiration.

The main lesson I’ve learned from Beth Pearson is to never stop being on the same team with your partner.

The main lesson I’ve learned from Beth Pearson is to never stop being on the same team with your partner. One of the things I love about Beth is that, even when she and her husband Randall disagree, their goal is not to prove one another wrong, it’s to do whatever it takes to get back on the same team. She does not feel threatened by any of her husband’s successes because she knows that what’s good for him is good for her and the rest of the family. She understands that there are times when you’re the star player, when you’re the coach, and when you’re the water person, but the end goal is the same – to win together. Beth truly does inspire me as a woman, a wife, and a mother. 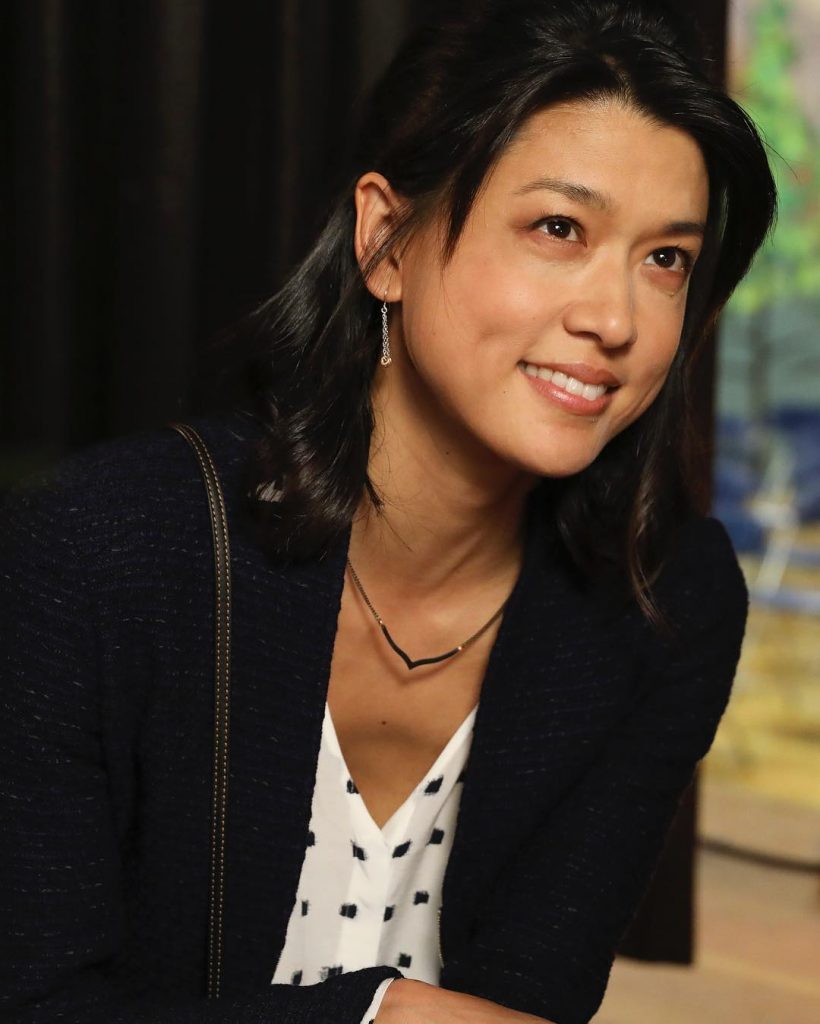 From the very first episode I was hooked on Million Little Things, but Katherine was not my favorite at the start. But as the season went on, I started to relate to Katherine more and more. While she puts on a tough act, she really has a huge heart and, like all of us moms, just wants to be the best mom she can be.

The main lesson I’ve learned from Katherine Saville is that sometimes the hardest decision and the right thing are the same.

The main lesson I’ve learned from Katherine Saville is that sometimes the hardest decision and the right thing are the same. This lesson from Katherine showed up for me time and time again. It showed up when she turned down the opportunity to become a partner at her law firm so that she could be with her family more and also when she chose to try to make amends with her husband after he had a child with another woman. These two decisions couldn’t have been easy for her to make, but she did it for her family. This is what happens when you become a wife and a mother; the decisions are much bigger than just what you want. And that’s a lesson I think I’ll always be learning in life.

All of these moms bring something different to the world of television. At their core, they’re similar – moms who love their children and want the best for everyone around them. But as you continue to watch you learn more about who they are as individuals, the paths they’ve traveled that has brought them to where they are, and so much more. Thank you, TV moms — you’re the best!

Read More: Up All Night With a Newborn? Here Are 12 Shows That Are Baby-Feeding Binge-Worthy