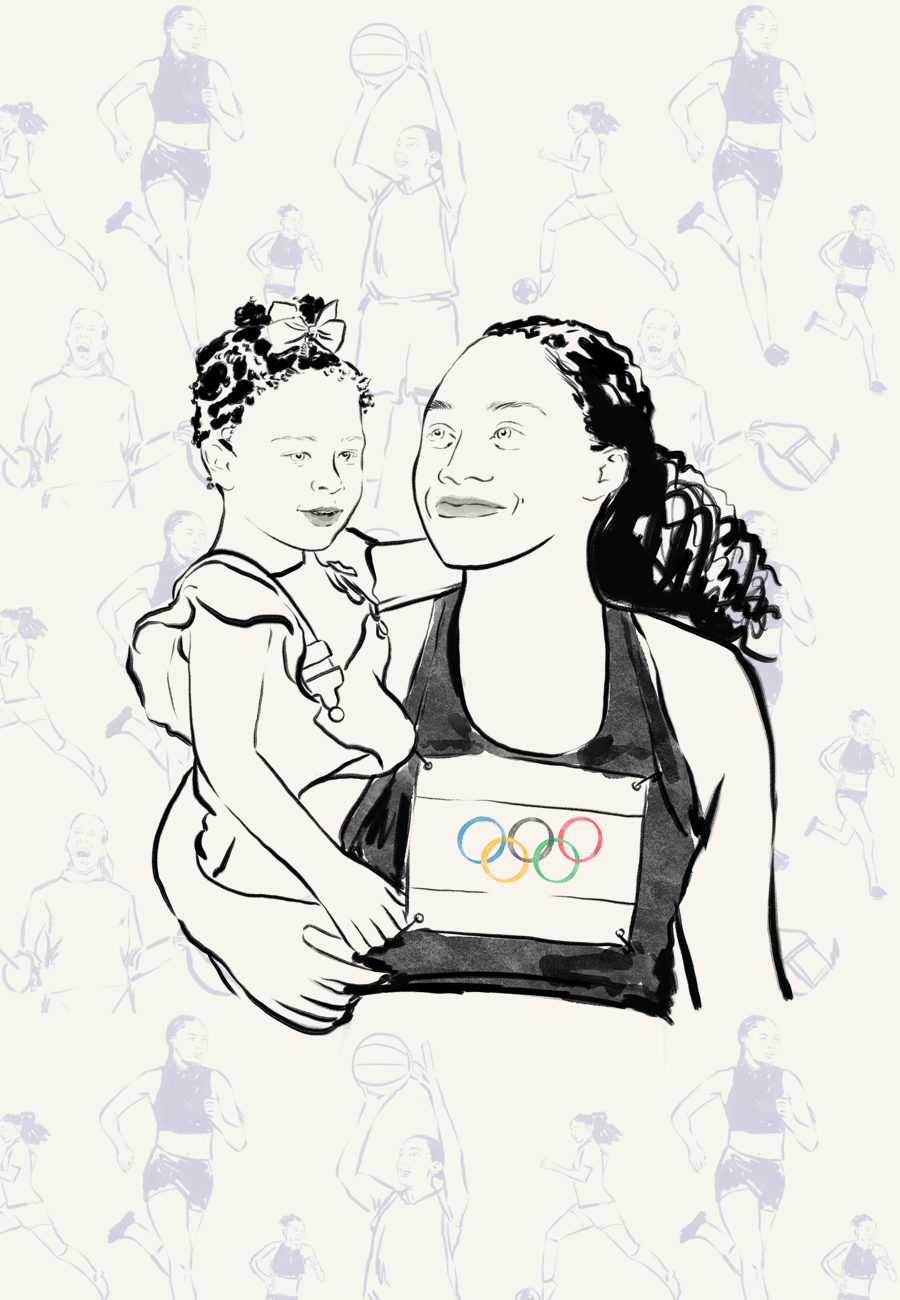 When you think about it, moms have a lot in common with Olympic athletes. Being a mother is a lot of work: It takes patience, sacrifice, and dedication. It’s hard to imagine juggling both motherhood and an intense Olympic training schedule, but some amazing women do both!

We wanted to celebrate some of the Olympic moms who are an inspiration to women everywhere. We can learn a lot from these 10 moms who are competing at the Olympics this summer in Tokyo. They show us that just because you’re a mother doesn’t mean that you need to give up on your dreams.

Diggins-Smith was born in the small town of South Bend, Indiana, where she worked her way to the top. In high school, she finished her prep career with the third-highest girls’ scoring total in Indiana history. Afterward, Diggins-Smith attended Notre Dame, where she helped the team make it to multiple NCAA Tournament appearances, Big East Conference regular-season titles, and the 2013 Big East Tournament crown.

Diggins-Smith’s hard work led her to become a four-time WNBA all-star. Despite being pregnant in 2018, she still played basketball up until she gave birth to her son in April 2019. Even though she took the next season off to spend time with her child, Diggins-Smith came back stronger than ever and made it to the 2021 Tokyo Games, which will mark her Olympic debut.

In an interview with Popsugar, Diggins-Smith discussed her struggle with postpartum depression and shared advice she had to others going through the same thing: “I just encourage anybody that feels like they’re going through that … don’t be afraid to ask for help. Your mental health is your responsibility. You can’t pour out of an empty cup,” she said.

Diana Taurasi, who is considered one of the greatest female basketball players of all time, is an inspiration for many young female basketball players. Taurasi grew up in Southern California, where she developed her true passion for basketball. She was drafted to the WNBA Phoenix Mercurys in 2004 and continues to play to this day. Taurasi has won the WNBA Rookie of the Year Award, three WNBA championships, and even four Olympic gold medals. “My sole objective is to be on the court,” Taurasi said in an interview with ESPN. “And to be badass. It’s just simple.”

My sole objective is to be on the court … and to be badass. It’s just simple.

Mariel Zagunis grew up in Oregon with her parents, who were rowers on the U.S. Olympic team in 1976. At the age of 10, Zagunis started fencing with Ed Korfanty, who is still her coach. Zagunis has won several fencing awards and is recognized as the most decorated fencer in the history of USA fencing. When she was 19, she became the first U.S. fencer to win an Olympic gold medal in 100 years. Since then, Zagunis has continued to make history. She became a four-time Olympic medalist, was inducted into the FIE Hall of Fame in 2013, and is set to compete in the Tokyo Olympics this summer.

“I think that strength is beauty and power is awesome and women are just as capable as men,” Zagunis said in an interview with NBC Sports.

I think that strength is beauty and power is awesome and women are just as capable as men.

The Tokyo Games will mark her fifth Olympic appearance and also her first time competing as a mom, as she gave birth to her daughter in 2017. While raising her daughter, Zagunis trained incredibly hard to make it to the Olympics and hopefully bring home another gold for the U.S.

Known as one of the greatest female soccer players of all time, Alex Morgan is setting out to win another gold at the Tokyo Olympics this summer. Morgan is the current captain of the U.S. Women’s national soccer team and part of the NWSL soccer league, the highest division of women’s pro soccer in the U.S.

Morgan was raised in Southern California and began playing soccer at a young age. After graduating from UC Berkeley, Morgan was the youngest player on the national team at the 2011 FIFA Women’s World Cup and competed in the 2012 Olympics, where she scored the match-winning goal for the U.S. Morgan also helped the U.S. win their titles at both the 2015 and 2019 FIFA Women’s World Cups. “Everybody has a talent, but it’s what you do with that talent to make it great,” Morgan said in an interview with Evan Carmichael.

Morgan will be competing in the Olympics for the third time this summer after giving birth to her daughter, Charlie, in May 2020. Morgan is balancing life with her daughter and life on the field at the same time.

Allyson Felix is a role model for everyone. She’s currently the most decorated woman in U.S. Track and Field history at the age of 35. Felix started track as a freshman in high school and immediately excelled at it, setting several records at a young age. When she was 18, Felix competed in her first Olympic Games in Athens and finished second. Two years later, Felix became the second female to win three gold medals at a single World Championships. In the 2012 Olympic Games, Felix won her first individual gold medal and also set a new world record with her 4 x 400 meter relay with her four teammates. Overall, Felix has earned nine total medals, including six golds. Felix could tie or even break the record for most medals won by a U.S. Track and Field athlete this summer.

I just wanted to really show her, no matter what, that you do things with character, integrity, and you don’t give up.

In 2018, Felix gave birth to her daughter, Cammy, after suffering from a severe case of preeclampsia. Luckily, Felix and her daughter were OK, but Felix continues to raise awareness about the high maternal death rate in the U.S., especially amongst BIPOC. She’s also helping fellow mom athletes in Tokyo. In partnership with the Women’s Sports Foundation and brand Athleta, she’s launching a $200,000 grant program to help cover child care costs for other mom Olympians.

In an interview with ABC News, Felix talked about being a good role model for her daughter. “I just wanted to really show her, no matter what, that you do things with character, integrity, and you don’t give up.”

Quanera Hayes was born and raised in North Carolina and started running track in middle school when she fell in love with the sport. After graduating from college, Hayes went on to compete in the 2016 World Indoor Championships and won a bronze. Since then, she has earned several gold medals for the U.S., such as the World Championships and World Relays in 2017.

After giving birth to her son, Demetrius, in October 2018, Hayes struggled with returning to track and maintaining her same speed as before. However, Hayes managed to keep training and work hard and is set to head to the U.S. Summer Olympics after qualifying for the women’s 400 meters.

“Don’t let your light diminish,” Hayes said in an interview with Passion for Sport.

Sally Kipyego was originally born in Kenya but moved to America for college. Kipyego attended Texas Tech, where she was the nation’s top female collegiate cross country runner. Overall, Kipyego won more individual NCAA championships in two years than any other woman in NCAA history. Kipyego went on to win a silver medal in the 10,000 meters at the 2011 World Championships in Athletics and another silver medal in the 2012 Olympics for Kenya. She is the second-fastest Kenyan woman in the 5000-meter race.

Kipyego gave birth to her daughter, Emma, in 2017, the same year she became an American citizen. Kipyego had some challenges when returning to running after giving birth. Despite the obstacles she had to overcome, however, Kipyego is set to represent the U.S. this summer.

You can go through childbirth, you can pretty much go through anything.

From a young age, Aliphine Tuliamuk wanted to become an Olympic athlete like her idol Tegla Loroupe. Tuliamuk was born and raised in a small village in Kenya but later came to the U.S. to attend Wichita State University. Tuliamuk gained her U.S. citizenship in 2016, and shortly after, she claimed several national road titles over 25K, 20K, and 5K. In 2017, she won her first national cross country title. The following year, she finished third at the Rotterdam Marathon and became the first American woman to hit the Olympic qualifying standard for the next Olympics.

Tuliamuk had two dreams: to make it to The Olympics and to have a baby. When the Games were postponed, Tuliamuk became pregnant and gave birth to a baby girl in January. And just over six months later, she’ll be competing in the Olympics.

“In the future, [my daughter] will be able to look back and say, ‘My mom was able to run a marathon at the Olympics six-and-a-half months after having me,’” Tuliamuk said in an interview with On Her Turf. “And I hope that inspires her … and other little girls and boys, too.”

In the future, [my daughter] will be able to look back and say, ‘My mom was able to run a marathon at the Olympics six-and-a-half months after having me.’

In 2016, Osterman married and became a stepmom. Osterman decided to return to the sport in 2018 and has her mind set on winning gold in Tokyo this summer.

Foluke Gunderson is returning to compete in her third Olympic appearance. Gunderson grew up in Florida and attended Stanford University to play volleyball. At Stanford, Gunderson made history: She was a three-time First Team All-American and was inducted into the Stanford Hall of Fame in 2019. Gunderson also represented the U.S. on the Women’s Junior National Team.

She won silver and bronze in her last two Olympics but hopes to win her first gold medal in Tokyo. After her last Olympic appearance, Gunderson gave birth to her son, Olukayode. The Tokyo Olympics will be her first Olympics as a mom.

“Volleyball is one of the few team sports where every single person on the court has an impact on the outcome … The sport represents ‘team’ in every sense of the word,” Gunderson said in an interview with Team USA. “I have so much fun playing and growing in this sport every day that I always want to come back for more.” 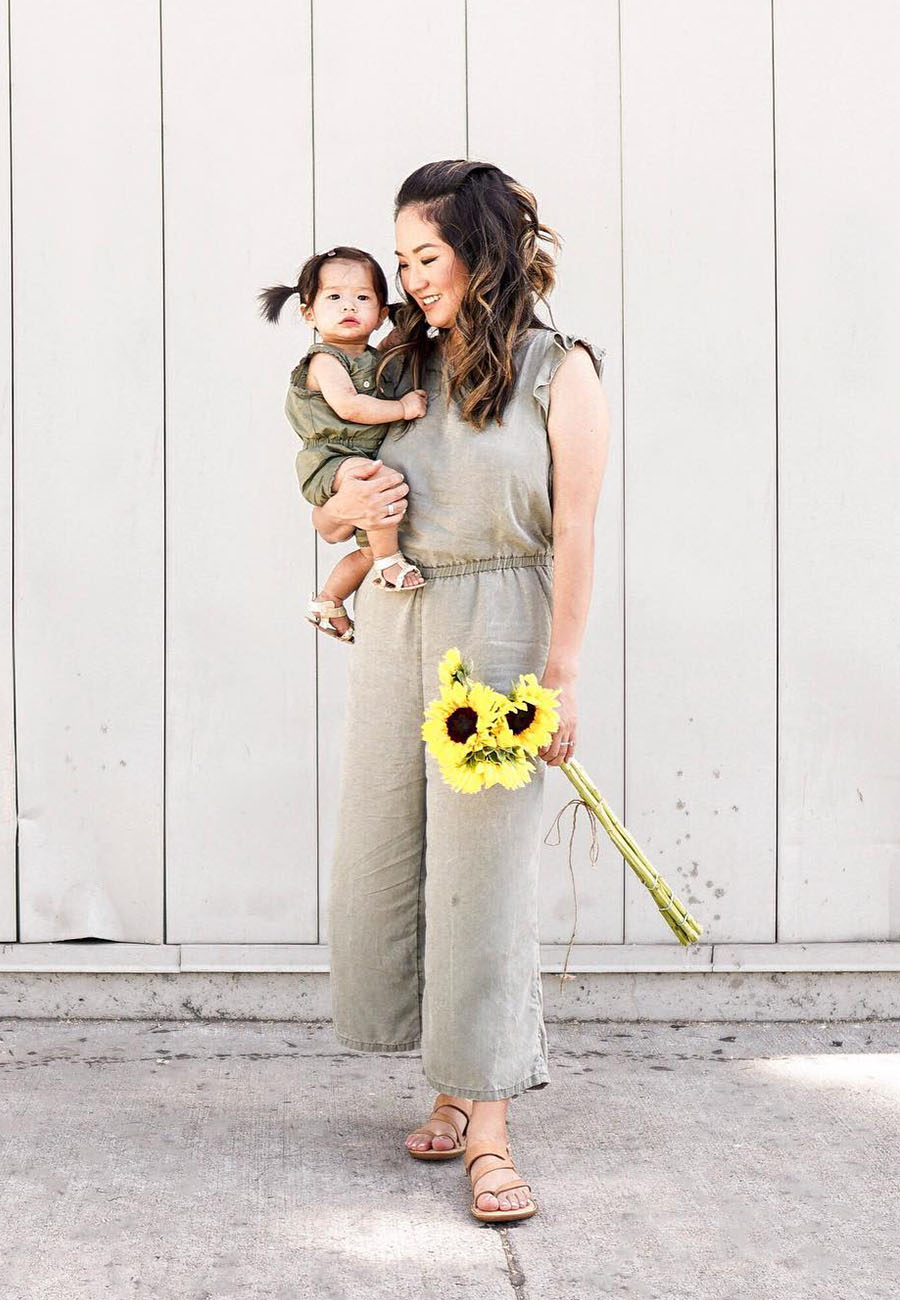