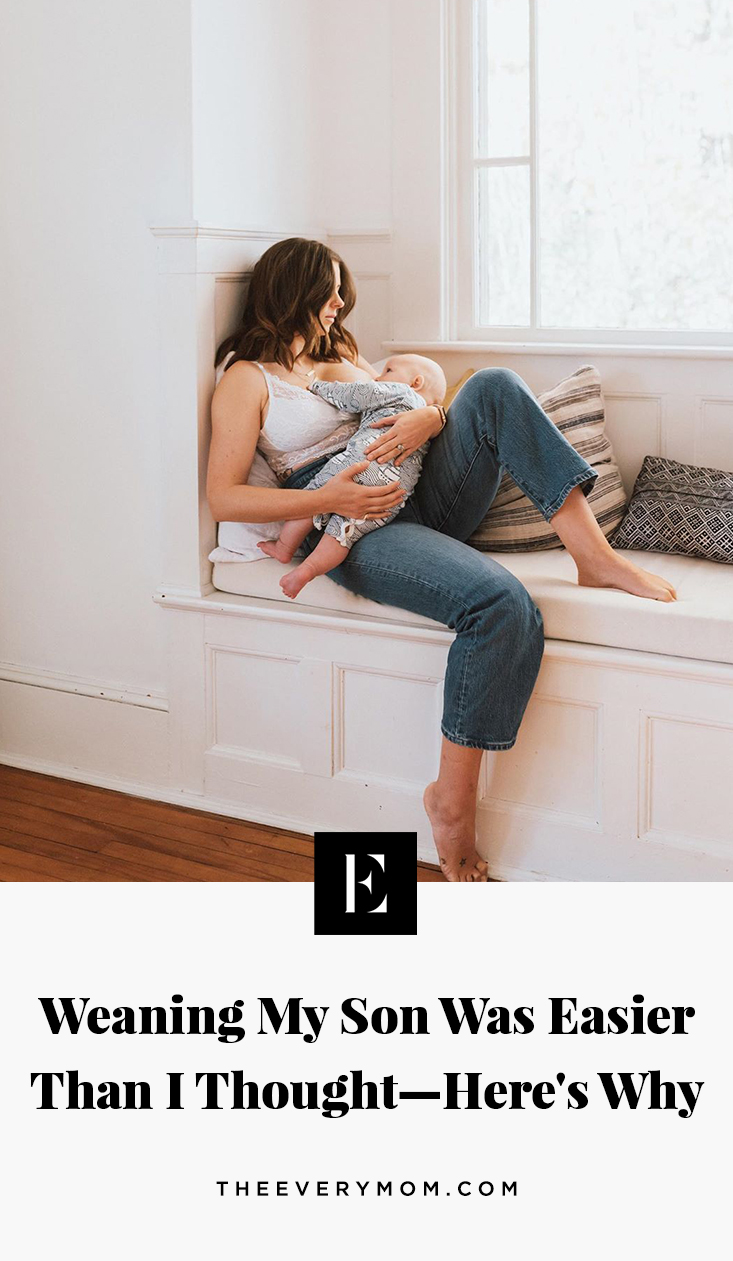 Like many moms, breastfeeding my son was my go-to fix.

Tired? Breastfeed. Hungry? Breastfeed. Time for a nap or bedtime? Breastfeed. My son was always a big eater as a baby and loved the comfort of nursing, so it was easy to fall back on in those inevitably difficult newborn moments.

That’s why when I knew it was time to wean, I was terrified. I worried that it would undo his solid sleep habits, or that it would change my laidback, happy baby’s demeanor when he could no longer have what he loved most. (Yes, he loved nursing that much.)

But when it was time to rip off the proverbial Band-Aid, I was pleasantly surprised: the weaning process was much, much easier than I anticipated. Here are my best tips.

I decided to wean my son when he was 11 months old. I thought it might take a while, and I wanted him to be completely weaned by his first birthday. I had begun to struggle with breastfeeding because my son refused a bottle pretty early on.

As a work-from-home mom, I was literally at this tiny human’s beck and call, 24 hours a day, for almost a year. It was hard on my mental health, and being his main source of nutrition and hydration ramped up my new-mom anxiety. Plus, it made it hard for my husband and son to bond, since he wasn’t really able to feed him early on.

I decided to start the weaning process a week when my husband was out of town for work, and when we had no major plans or visitors coming. That way, if the baby was fussy, it wasn’t a big deal.

It’s always stressful when your baby cries, but as a new mom, I found it even more so when he did so in a public place or around others. I just couldn’t handle the disapproving or empathetic stares when I was already flustered trying to attend to my little one’s needs. I knew that if I were at home and he started crying because he couldn’t nurse, I’d be much more level-headed and able to deal with it. Plus, I would be less likely to give in in a moment of desperation. In the end, being at home helped immensely with this big transition. 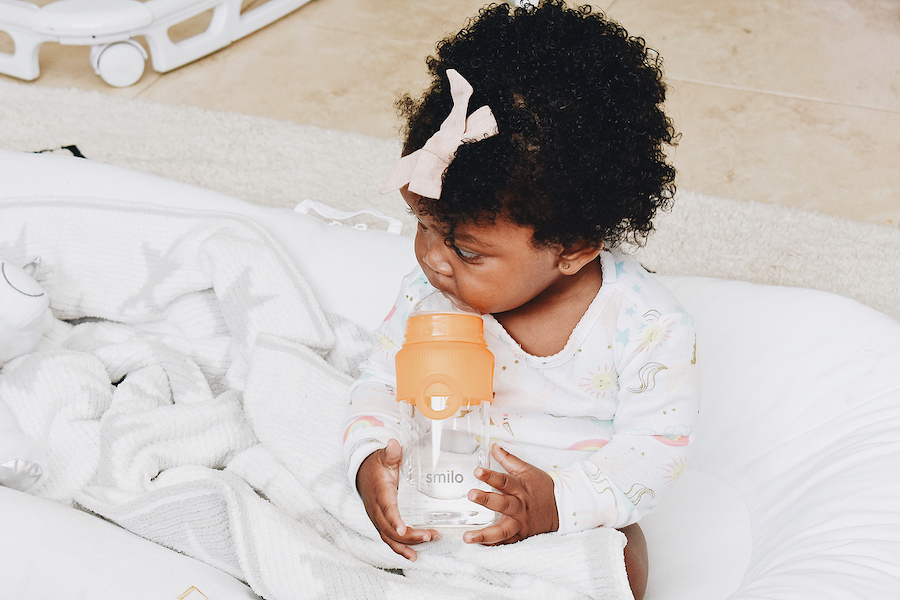 Give Them a Substitute

Since we were so close to my little one’s first birthday when we weaned, I transitioned right to cow’s milk. The American Association of Pediatrics recommends exclusive breastfeeding for six months, then up to one year along with introducing supplementary foods. But like any rule in life, I believe there’s a bit of wiggle room, depending on your individual situation, your baby’s needs, or your own as a mom.

The first time I cut out a nursing session, I offered my son a sippy cup of cow’s milk instead. We’re big fans of the Munchkin 360 trainer cups since they are recommended by dentists and easy for little hands to grasp. Plus, my son never took a bottle, so those were out.

Watching him take his first taste of cow’s milk was something I’ll never forget. He took a sip, lowered the cup and looked at me incredulously, then proceeded to drain the entire thing. It made the process so much easier because I suddenly had something else to comfort him in those hard moments.

A lot of breastfeeding advice recommends cutting the early morning nursing session first. But I actually found the opposite to be true.

The very first session we eliminated was the before bed one. I kept our routine the same: bath, lotion, calming music, books, cuddling in his glider. But then, instead of nursing him to sleep like I had done nearly the entire first year of his life, I offered him a cup of milk and rocked him instead.

Did it take much, much longer for him to settle and transfer sleepily into his crib? Of course. But he ended up falling asleep and logging his normal 12 hours that night, so I called it a win.

From there, cutting out the pre-naptime sessions and the morning sessions were a breeze. He didn’t seem to mind cow’s milk in lieu of breastmilk, and my rocking and reading to him offered him the same comfort that nursing gave him.

In the end, it took me a little more than a week to fully wean my son. My husband returned from his business trip, incredulous that I had managed to alleviate such a source of stress for myself as a new mom—and that my son seemed just as happy, if not more so.

In hindsight, I think my son adapted well to weaning simply because he was ready. As a mom, I felt proud of one of the first major milestones we conquered together. And getting to leave the house for longer than three-hour stretches didn’t hurt either.

Read More: A Letter to Myself as a New Mom