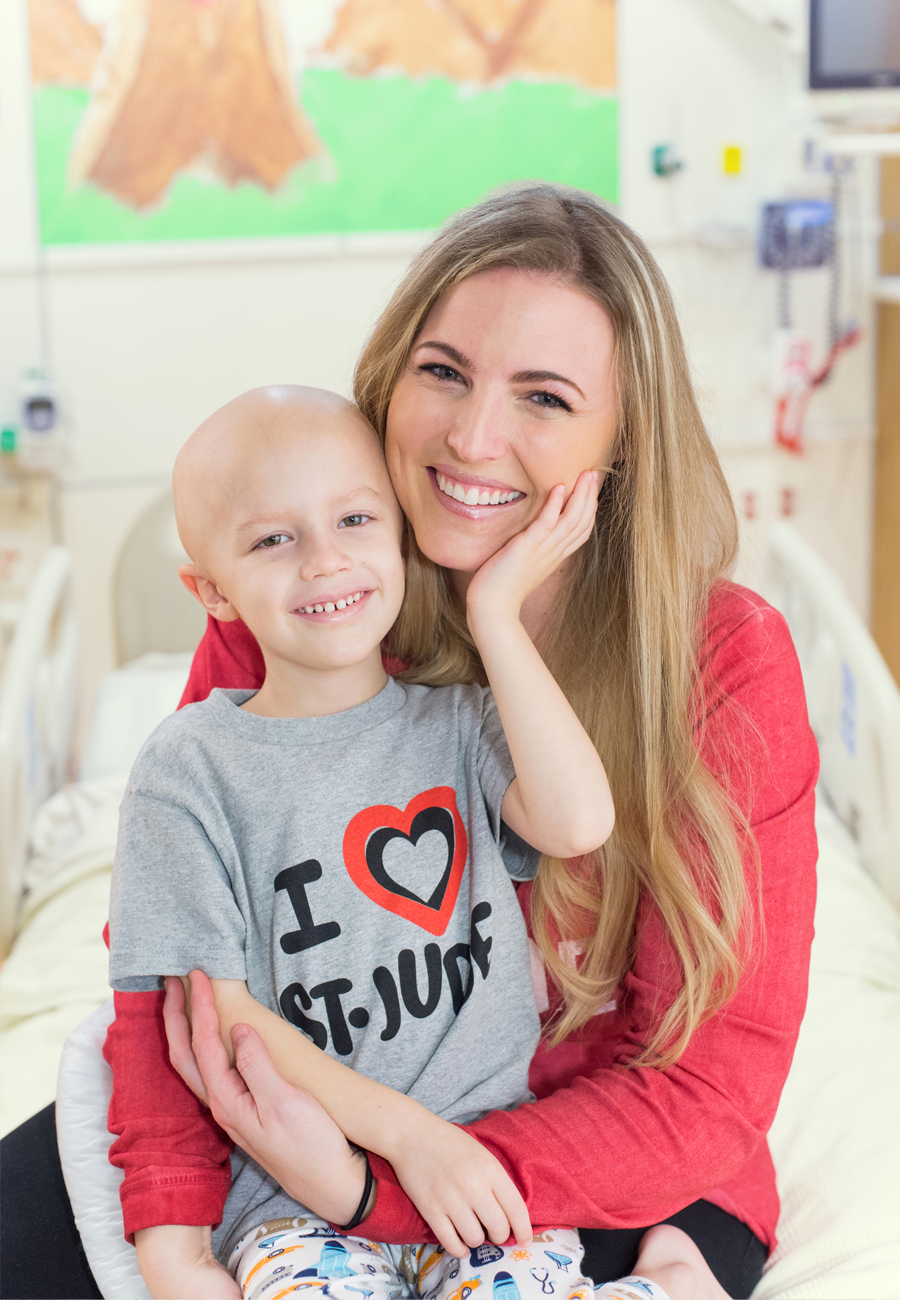 Here at The Everymom, we recognize that the journey of motherhood has countless possibilities. Our motherhood stories are all uniquely woven, each with its own path through triumph, struggle, and despair. We relate to each other through much common ground and also fail to understand each other’s rocky roads in many ways.

Of course, this possibility—the one where your family has to grapple with childhood cancer—is one that can be devastating. But, for many women, it’s still motherhood.

This month, in light of Childhood Cancer Awareness month, we are honored to share the stories of moms who live with this reality—to learn from their pain, their joy, and their strength. We’re proud to provide these mothers, whose children receive treatment at St. Jude Children’s Research Hospital, a space to be honest and gutted and hopeful.

Editor’s Note: The photos included below were provided by St. Jude and are not of the families mentioned within this article in order to protect their privacy. This article was originally published on September 6, 2019 and details including the children’s ages and treatment stages are stated as of the original publish date.

As a mother, your life’s purpose from conception of a child is to protect your child. But what do you do when the unthinkable happens? We kiss boo-boos, and build confidence and self-esteem with our warm smiles and gentle hugs, but how do we comfort our babies when the unimaginable happens?

How do you comfort and protect when you hear that your 9-year-old child has cancer?

After Jordyn was born, my husband and I prayed four long years for another child before we welcomed her sister Jolei. When we learned Jordyn had cancer, Jolei was 6 months old, and I was three months pregnant with our son, Asher.

As I gazed upon Jordyn’s small frame and bald head, all I could ask myself was how I could convince her to take the chemo drug daily; a drug that she was refusing because it made her so sick, but at the same time, that she needed to fight her cancer.

How can I, her mother, be so selfish as to make her take the chemo and suffer because I want and need her here with us?

She looks at me with sad eyes and such defeat, but she fights for me because she sees my fear. As her mother, her first protector, I am broken and pissed off because cancer has stolen her 9-year-old innocence. 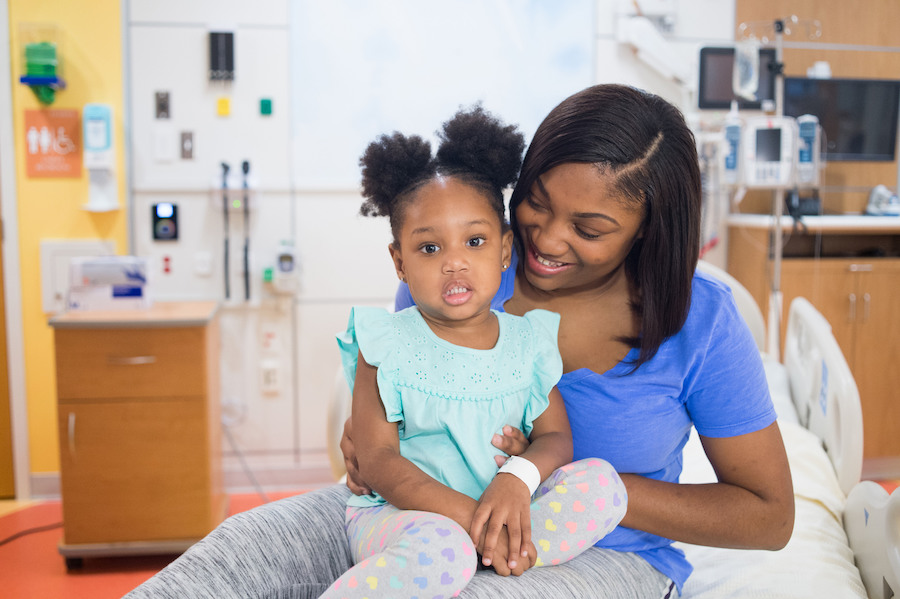 There were nights I would sob quietly, secretly in the shower, because my mind would try to convince my heart that God had plans to take my first child, but not without sending me another one.

Can you imagine the heartbreak I experienced, and am experiencing now at just putting this on paper?

My heart was so broken—all I wanted to do was to protect my child, and I couldn’t do that against cancer. I had to accept that this was a journey that she would have to learn how to pray and trust God for herself.

As her mother, her first protector, I am broken and pissed off because cancer has stolen her 9-year-old innocence.

Our journey with cancer has made me a better mom and person, because as moms we are always tied up—with homework, dinner prep, carpooling, recitals, practice, PTA—that we never or very rarely stop and care for ourselves.

Cancer taught me to care for me more so that I am strong enough to care for my babies. It’s taught me that life is so very unpredictable and that nothing or no one should be taken for granted, EVER.

Cancer has taught me to slow down and enjoy the “now” moments and to be present for them all.

Dear cancer, this momma has taken her life back and you have been defeated. We bid you farewell!

Editor’s Note: Jordyn is now 13 and finished with treatment. Her diagnosis is acute lymphoblastic leukemia/blood cancer.

I’ve met several families at St. Jude over the past year, and we all have the same story to tell.

As a parent, you have to know your child just enough to differentiate what is something of concern and what is not. And trust me, we were really not that concerned until the moment the word “brain tumor” smacked us in the face.

I’m not saying you have to be a helicopter mom—trust me, I’m not. I just think there is a point that you start to hear the same complaint, not matter how minor, over and over again, that perhaps you need to act. No matter how silly it may seem. 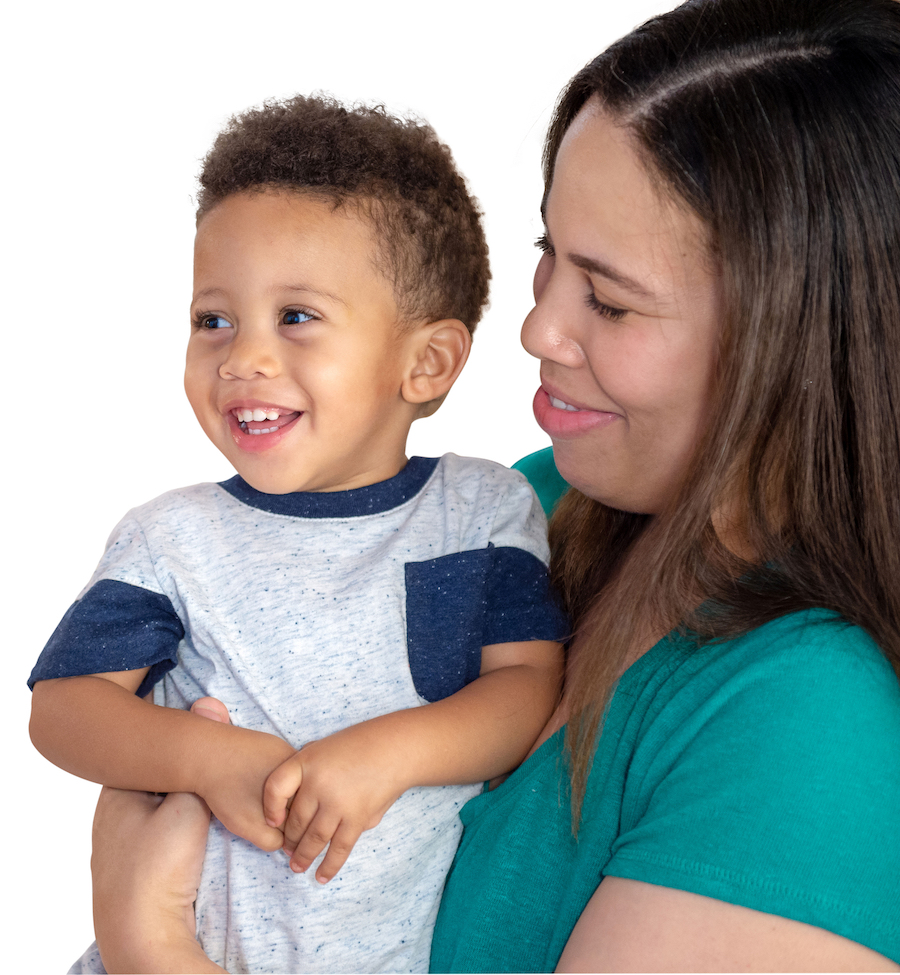 A lot of times, people hear “brain tumor” and automatically think it’s lethal. And so did we. I mean, everyone we’ve ever known with a brain tumor has died—and quickly. So, when one of the world’s most renown neurosurgeons tells you that your son has a Triple G brain tumor, it sucks the air out of you.

It sucked the air out of our friends and family that heard the news too, until the surgeon and his team simply told us that we had nothing to worry about, but that it needed to come out (funny, huh?).

After seeing reactions of some of our friends and teachers, we opted NOT to tell many folks moving forward until the surgery was complete to avoid added concern for us and George. We did not want to make it into a social media event, and did not want to be overwhelmed by sympathy.

As I walk through the halls of St. Jude Children’s Research Hospital every month with George, I get to see the diverse number of patients there. Some in-patients are very ill. Some are like George: healthy in appearance with hair and walking in and out of assessment rooms. And as I’ve gotten to know many of the patient families there, one thing keeps me grounded. And that is that we not “blessed” because George is healthy-ish.

Think about it: each time you hear someone say they are blessed for something they have, it implies that they were chosen to be blessed with gifts while another was not chosen to be blessed in the same way. I’ve started to choose my words more carefully knowing that my God certainly would not want George to be healthy and another child to suffer. We were simply lucky, I feel, with his diagnosis AND treatment.

And now, each of us, no matter how sick, are equally receiving the most exceptional love and care that our kids deserve at St. Jude Children’s Research Hospital. Should a future MRI show signs of the tumor returning in George’ brain, we will cross that bridge then. We still consider ourselves lucky to be a patient of St. Jude for life.

Anonymous, mother of a 6-year-old survivor

I became a mother at 23 with a second child close behind at 25. But it was our third, our surprise baby, when I was 40 years old that deeply changed my life forever.

Looking back now, I believe I was premenopausal while we were in the middle of major life decisions: moving 2,300 miles away from both families.

It was during this time that I became pregnant. We moved when our youngest was 3 months old. Shortly after moving, I experienced depression. I was so deeply unhappy, angry at everyone, lonesome, and was very difficult to live with. At times I felt like I was just going through the motions of motherhood, which of course made me feel worse.

It was a vicious cycle of emotions. Several years later, I couldn’t stand myself, who I had become. This was not me. I believe now that I was suffering from postpartum depression (I wish I would have sought treatment, but I did not). I made a choice to accept where we were living, a choice to engage, and a choice to be happy; a choice to be the old me.

Sometimes in life we have to make wise choices and let our emotions follow, and this was one of those times.

Several months later, our youngest, who was three at the time, was diagnosed with cancer—Acute Lymphoblastic Leukemia to be exact. When I heard those words my pity party was over … the momma bear that had been hibernating for several years was awakened.

Being the caregiver of a very sick child causes you to become protective. It’s a deep emotion that overpowers everything. Things quickly come into focus. Not having lunch dates with friends, not having the amazing hair dresser you were used to, not having decent restaurants close by, not having all the things you were used to for 40 years just didn’t seem as important. 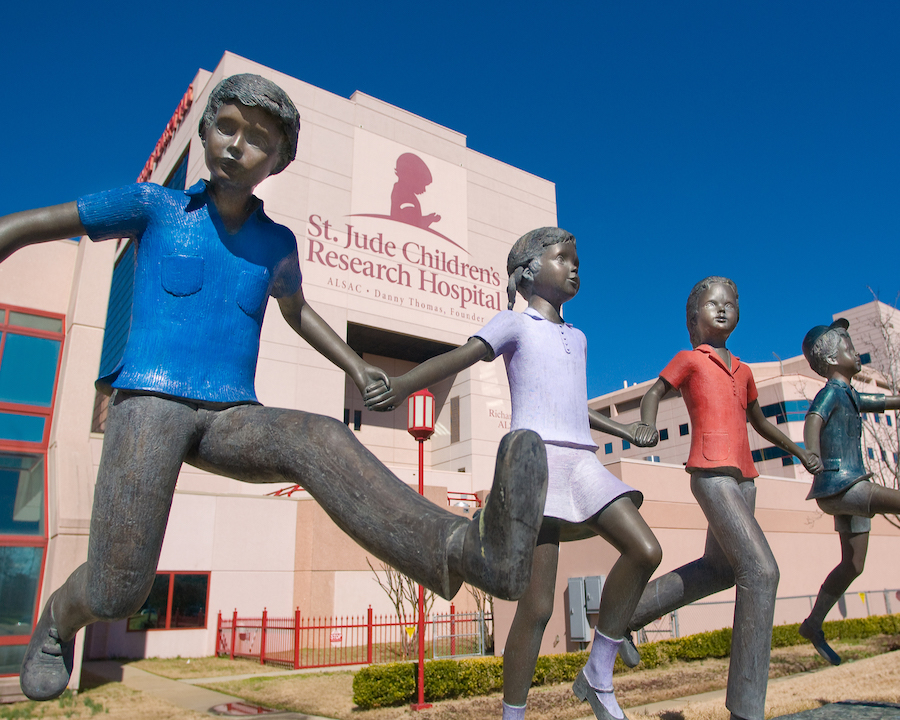 My child needed me, and I didn’t need all those meaningless things.

Life is simpler now; meaningless things have no part in my mind.

I’ve even discovered that taking some much needed time for me is acceptable. I’ve started running again; doing something I enjoy.

Life is simpler now; meaningless things have no part in my mind.

My cancer survivor daughter is my biggest cheerleader in my endeavors. She is my role model, and has taught me so much. I watched her face cancer for almost three years, missing normal childhood events but still putting others first. She’s always there for her friends.

Throughout treatment, she was always called upon to hold other patients’ hands when they got accessed with their needle for chemo treatment. She has the kindest heart, sweetest personality and is extremely compassionate.