When I was younger, my mom ensured I stood in line with her to vote every year despite my general disinterest. The lines were always long, and the polls’ locations always seemed to be hot. As a kid, I was more concerned with getting home so I could play with my dolls before bedtime. Now that I’m an adult, I realize my mom’s efforts shaped the way I currently view my privilege to vote as a Black woman.

You see, my mom was born in the ’60s and has worked in legal services since before I was born. When I asked her why it’s important for her to vote each year, she said, “It’s about seeing changes in the community I’m living in. If I don’t vote, I feel I’m saying I’m OK with every law and policy that exists, which isn’t the case.” She went on to say, “I also wanted to teach my daughters the importance of voting, so they’re able to have a better way of life and be able to be advocates for change when things aren’t being addressed.”

If I don’t vote, I feel I’m saying I’m OK with every law and policy that exists, which isn’t the case.

As it becomes more evident that rights are being threatened in my lifetime, I realize I have an answer to something I asked during previous elections—“what’s the point of voting if nothing ever changes?” The point is that significant changes don’t happen overnight. Had it not been for certain advocates’ tireless and ongoing work, I wouldn’t even have the right to vote. Here’s how Women’s Equality Day is motivating me this election season and beyond.

Being Mindful of the History Behind Women’s Equality Day

Women’s involvement during World War I showed how much women contribute to the political space and also pointed out how hypocritical the U.S. fight in Europe was—fighting for democracy abroad when half of U.S. citizens couldn’t vote in their own country. Along with the women’s movement’s continual rallying for women’s rights, the 19th Amendment was finally ratified in 1920 to give women the right to vote.

As a Black woman, I recognize that the history of Women’s Equality Day is something I can celebrate and challenge at the same time. It is not lost on me that, historically, the women’s movement didn’t recognize how Black women’s rights were threatened due to racism and sexism. Although women from different communities contributed to ensuring all women were treated equally, it wasn’t until the Voting Rights Act of 1965 that Black women could vote. Still, the push for equality led to the 19th Amendment, which was needed for the Voting Rights Act of 1965 to come into fruition.

I will admit that heading to the polls can feel scary, especially when I haven’t always been interested in doing so. Between voter suppression and the uncertainty of my vote creating a real change, it’s disheartening to think my efforts may not make a difference. At the same time, I’m no longer comfortable complaining about certain decisions while sitting on the sidelines of history. 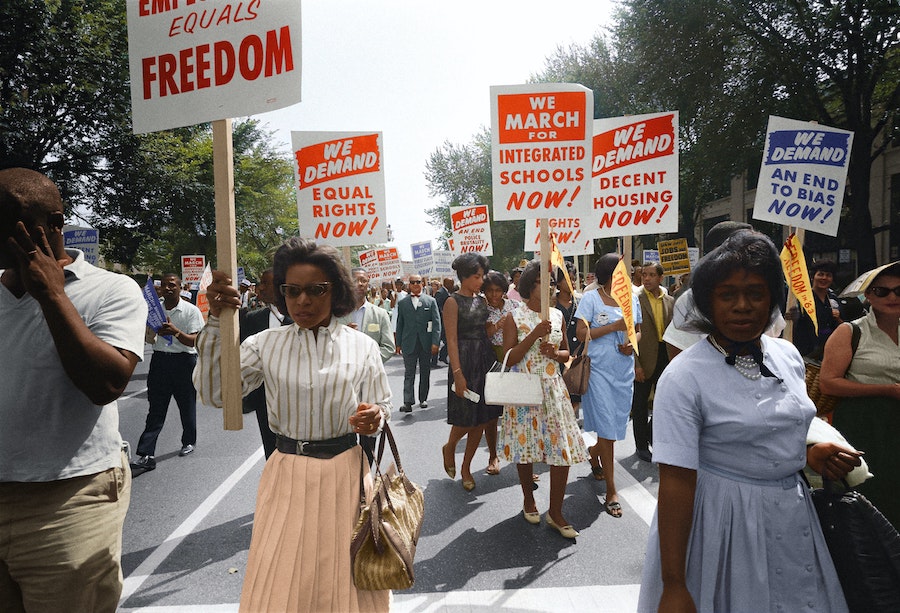 Reminds Me to Pay Attention to Offices on Ballots & Election Dates

It has become increasingly important for me to be aware of election dates and who’s running for office on a local and state level, as well as the national level. Looking back, it was easier for me to pay utmost attention to the presidential elections because they were widely publicized. However, the states and counties we live in are also affected by laws and policies. Each of the 50 states is allowed to make laws and policies that are specific to them. For example, if you live in Ohio, the gun laws or minimum wage policies may differ from those of Illinois. To find out which laws and policies are in effect in your state, visit FindLaw.

When it comes to voting on a state level, there are four elections to pay attention to: Primary, Primary Runoff, General, and General Runoff. Political parties use primaries to select a candidate for the general election. During the general election, citizens vote for candidates to represent the state legislature. In order to learn more about upcoming elections in your state, you can utilize Ballotpedia.

Inspires Me to Research Candidates and Their Proposed Policies

Now more than ever, I feel responsible for showing up at the polls on a local and state level. This sense of responsibility is partially inspired by how the advocates in the women’s movement were continually present in the political space.

Since the state determines certain laws and policies, I’ve begun paying attention to who is running for office in my county and in my state. I live in what is known as a “red” or Republican state. This means specific laws, like the anti-abortion law, are geared towards the political party that has been voted into the legislature. If I lived in a “blue” or Democratic state, this law may not exist in my state.

Be that as it may, I’m not interested in voting for someone solely based on their political affiliation. I’m more concerned about the beliefs and values of those in office because that will serve as the foundation for policies or bills they propose. I need to know that the candidate I vote for cares about people, not power and control. I need to know if a candidate is concerned about the citizens’ best interests or if they’re more interested in putting funds in their wallets. 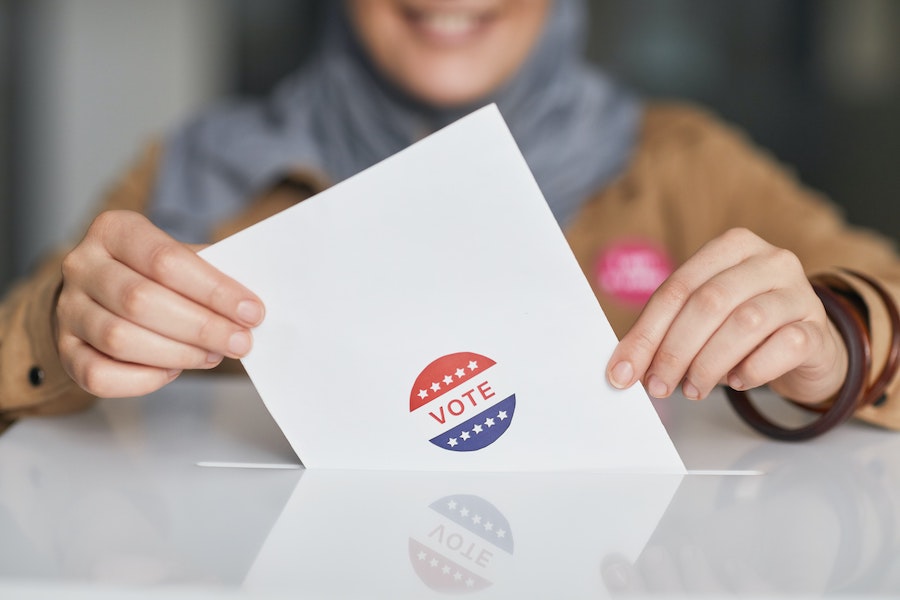 Encourages Me to Prepare to Teach My Children About Voting Rights

Just like my mom taught my sister and me the importance of voting, Women’s Equality Day encourages me to do the same for my children. With each passing day, I realize the responsibility I have to ensure my children are aware of their rights in their country. Not only that, but I also want to make sure they feel supported and educated enough to be advocates for change, whether it’s through voting, lobbying, attending rallies, etc.

If the efforts of those who came before us did not go to waste, I hope my efforts in preparing my children won’t either. After all, since the beginning of time, we’ve been told that children are our future. I like to think I’m doing my part as a responsible parent and citizen by putting action behind that sentiment.

I don’t know what life would have looked like had suffragettes not challenged the inequality women faced, but I do know that we still have a long way to go. We must rethink how we look at equality and who we feel has the right to vote and advocate for change in our communities. This is why I’m encouraged to show up at the polls, just like my mom, and help make a difference. There’s a saying I loved hearing in elementary school—sometimes we have to be the change we want to see, even if that change feels scary.

I’m not fearless, but I believe in justice and treating others with dignity regardless of whether they’re in my community. Voting is just one way to ensure I’m standing by what I believe. 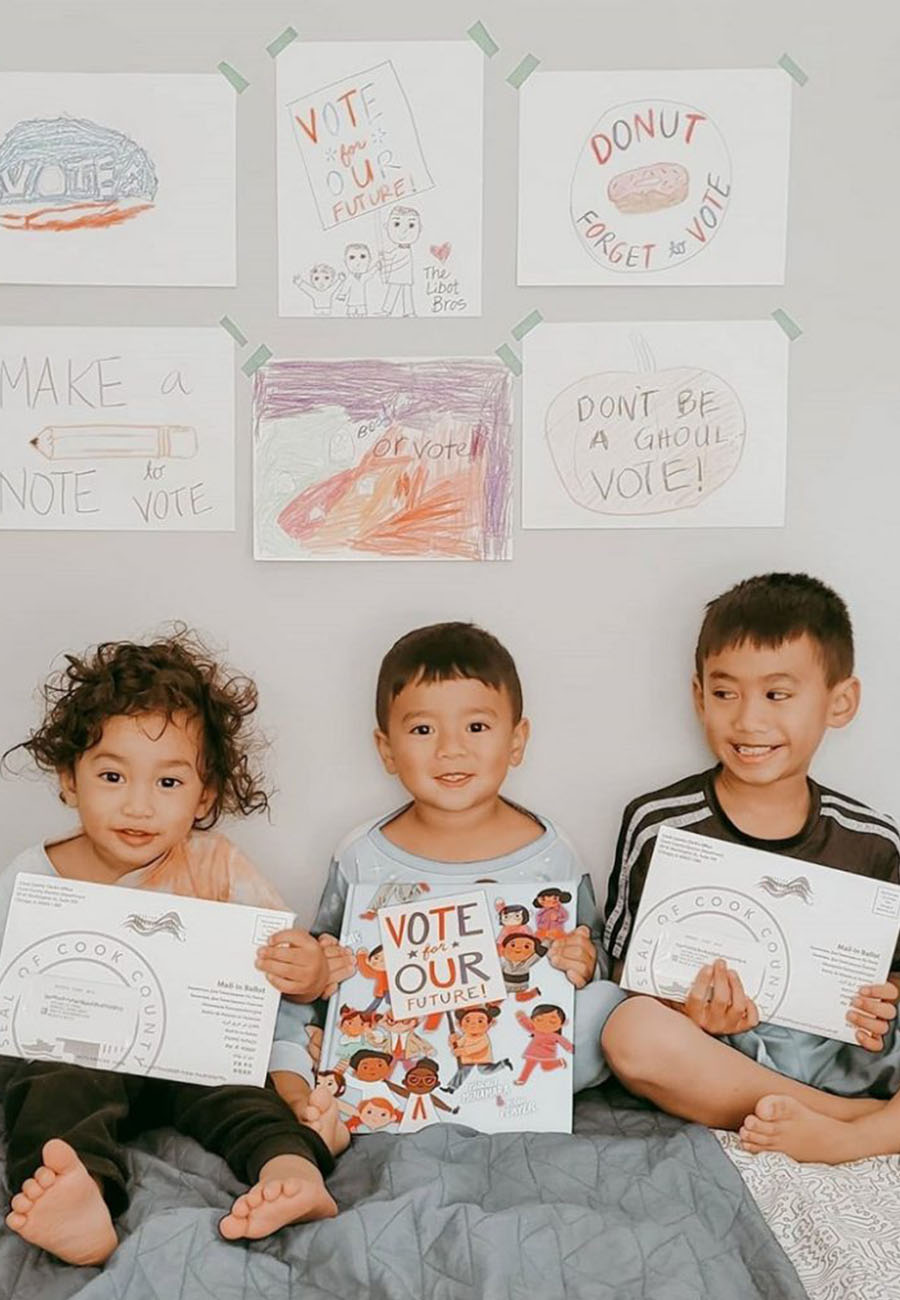