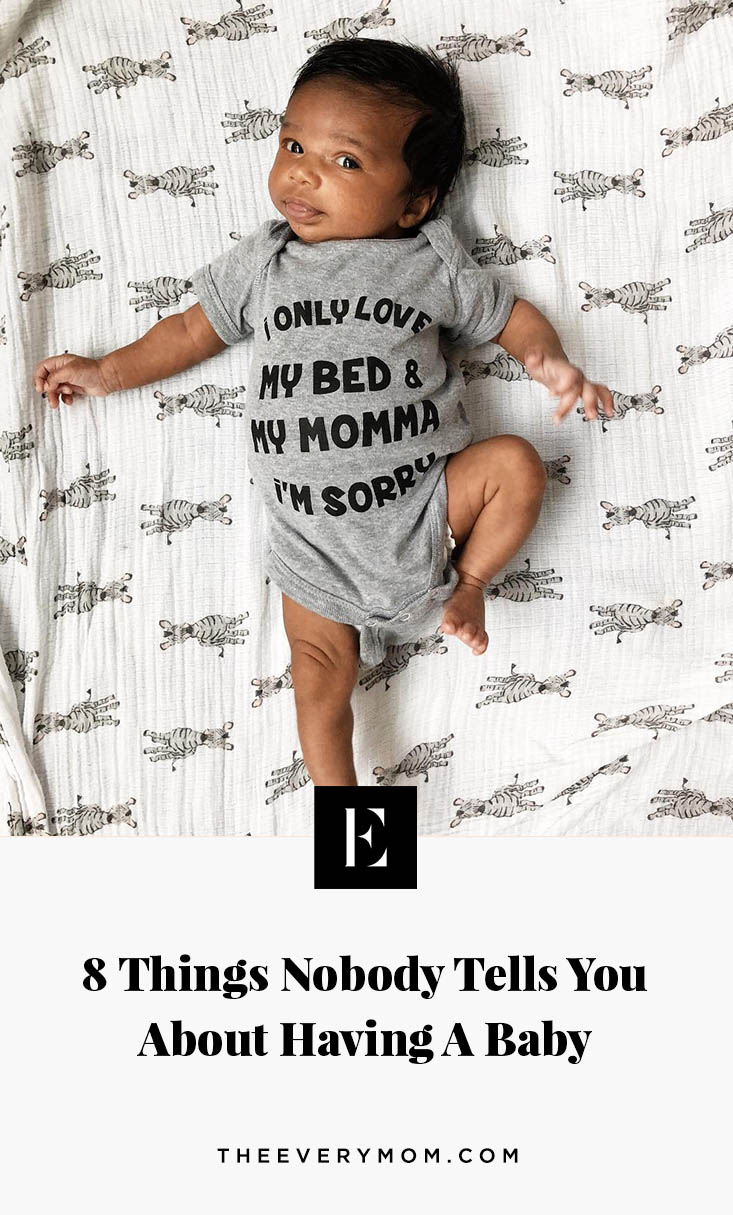 Let me start this by saying: I’ve been there – I’m actually here right now. I’m mum to Ethan, a little nugget who forever changed my life a little more than three years ago and I recently had another sweet little boy,  so now feels like as good a time than ever to reflect on the things I’ve learned, and what I can (maybe) expect this time around.

I should also preface this with, I know that everyone’s experiences are different. I’m only going off of what I’ve been through. All that’s to say, I had a pretty low-key, easy pregnancy that luckily resulted in my water breaking one morning around 3 a.m., heading to the hospital around 4:30 a.m. (for some reason, I felt the undeniable urge to start cleaning our apartment, probably due to the nerves that this was ACTUALLY happening!), about 15 minutes of active pushing and then the arrival of my son. So yes, there is such a thing as an easy delivery. Thank goodness. Fingers crossed the same happens for number two!

Motherhood is by far the most challenging, incredible, tiring, rewarding, funniest thing I’ve ever done. So whether you’re expecting right now or hope to be in the future, I figured I’d share a few truths I learned in my three years as mom. I’d like to think I’m better prepared for number two, but I’m sure moms with more than one kid are laughing hysterically at me right now…

Here goes. Read on to see the eight things I wish someone could/should/would have mentioned to me before I officially became a M-O-M.

1. Afterbirth Is A Thing

Like whoa. There’s a whole lot of discussion out there about the moment that baby comes out. They put him/her on your chest and you have that surreal, OMG-I’m-a-mom moment that you’ll absolutely never forget. But then there’s after. First off all, nobody mentioned to me that once baby came out, there’s a whole lot of other stuff that has to come out to. I’ll spare you the details on that one. They also forgot to mention that every few hours post-birth, a nurse comes in to “massage” your stomach to ensure things are headed out as well. I realize it’s all necessary, but really wasn’t prepared for that one. And lets not forget, once you get home, you’ll find yourself sitting (awkwardly) on an icepack between your legs, with an adult diaper on for a few weeks. Let that sink in. Hello, motherhood! Don’t worry, you’ll fully block this out from your memory about 3-6 months later.

READ: Everything You Need to Know About C-Section Recovery

2. Take Notes (On Your Phone Is Fine)

This is a pro tip from a Type A personality that thought I had everything prepared for baby’s arrival. The day after baby comes and you’re in the hospital, your room is like a revolving door of folks coming in telling you to do something and handing you information and papers to sign, review, approve, etc. First of all, you just gave birth. Both my husband and I were in this weird state of exhaustion and euphoria (read: out of it) so our occasional head nods and smiles got us through each of those discussions. Upon getting back home and back to “normal”, it took a bit of time to sort out what I had to do next, what exactly I had signed, etc. Sure, we figured it out. But in hindsight, I would have brought a pen, small notepad, maybe even a folder to write down a few notes or reminders when people came in to talk about the things I needed to do for the new life I just brought into the world.

READ: The 5 Skills You Need to Learn Before Leaving the Hospital With Your Baby

In the midst of my cleaning frenzy before heading to the hospital, I forgot to grab something to eat. Big mistake. Once I got to the hospital I was told I could no longer eat anything until baby came. To say I was hungry was an understatement, and shortly after my little guy arrived I sent my husband on a mission to find me food. That giant Chipotle burrito post-birth is still one of the best meals of my life. 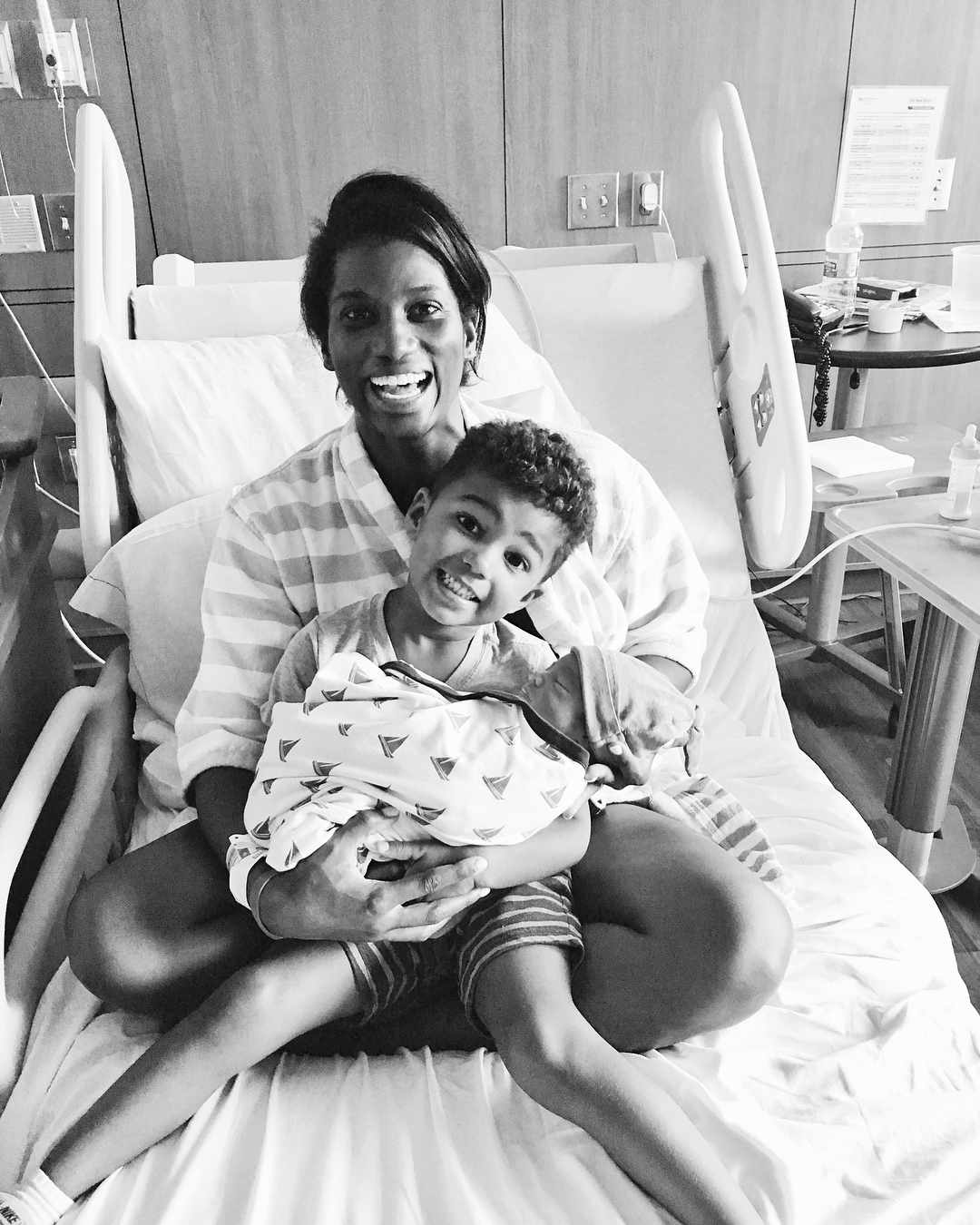 4. Just Get Through The First Three Months

Now I know on this one, everyone is different. But now that I’m in this mom club, it seems that, overwhelmingly, people talk about “those first three months.” And to be honest, I’m not even sure how you prepare yourself for that time. For us, the first three months were insane. Like brace yourself, you think you’re going crazy, you’re not going to make it through, insane. The sleep deprivation was tough, the worry of “am I doing this right” was tough, the feeling of going non-stop mixed with feeling like you are getting absolutely nothing done, was tough. Now three years in, it feels like such a small part of E’s big life.  If I could go back and tell myself that, I would. It was rough, my hubby and I were beyond exhausted. But looking back, for us, it was about three straight months of crazy and then we got into a solid routine that included longer stretches of sleep. In those first few weeks, try and remind yourself that it’s going to pass, and one day you’re going to miss that teeny, tiny baby snuggled up on your chest for hours at a time.

5. Everything Is A Phase

Seriously. Month 13 of Ethan’s life consisted of a diet mainly made up of pita bread and cheese. I could not get him to eat anything else and was sure I was the worst mom ever. Just a phase. Tossing food from his highchair? A phase. Sleep regression at 16 months? Phase. Remember those first three months I mentioned? Total phase. I’ve learned that there are fleeting moments in parenthood where a behavior or trying time pops in that can feel like you’re in a constant struggle. So far, I’ve also learned that it’s always just a phase. It’ll pass. Try and remind yourself of that when you’re in it.

6. You’ll Do Some of the Things You Swore You’d Never Do

Oh man, we’ve all done it. “When I have a baby I’ll never…” Easy sister. Until there’s a little person in your control, you just don’t know.  Sure there are things that I still and will firmly never do. But there are things that now being a parent I realize are just plain necessary. Give yourself a break. We’re all trying to do the very best we can here. 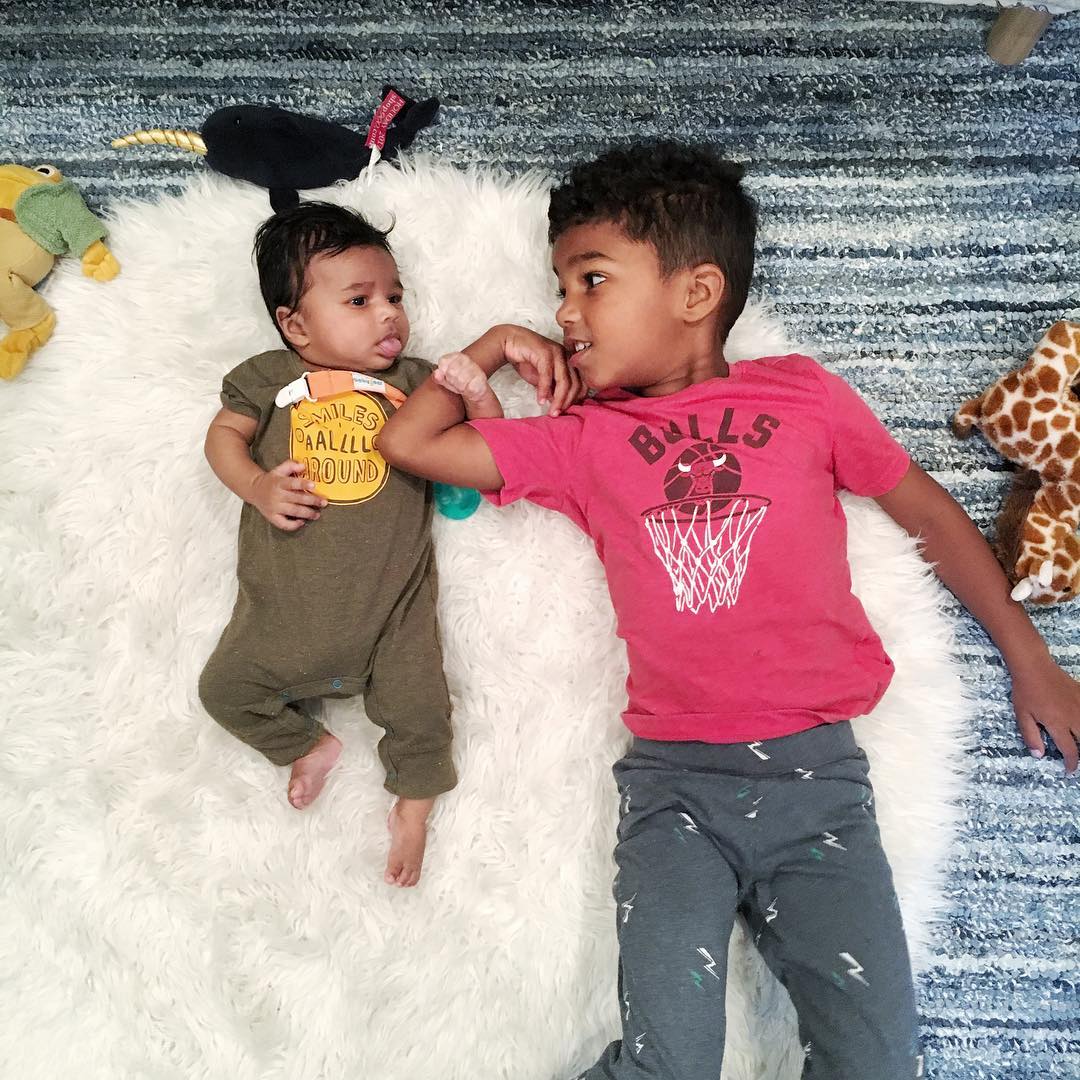 Don’t worry, you’ll get through it. I should preface this with my husband, Elliot, is quite literally a super dad. Seriously, the absolute best. However, the first few weeks of Ethan’s life were a shock to both our systems. It took us a minute to re-calibrate as new parents and partners. I can remember little, nit-picky arguments and feelings of being annoyed mostly due to lack of sleep. We both realized it was simply a product of exhaustion and decided after one particularly tough night that we were in it together and we’d get through it together. We toasted a glass of wine and laughed at the chaos that was that night. Sleep deprivation can make things seem worse than they are. Don’t worry. You’ll get through it.

READ: How to Communicate Better in Your Relationship, According to a Professional Mediator

8. Some Version Of Paranoia Will Overtake Your Entire Being

Again, personal experience. But those first few weeks I was worried about everything. Am I doing this right? Is he supposed to be making that face? Is he getting enough tummy time? Why has he not pooped today? Is it supposed to look like that? That whole “don’t look at Google” thing went right out the window once baby came. Welcome to parenting. One day changes your life, thoughts and priorities, in an instant.

The past three years have absolutely changed our lives. It’s a new normal, a different life, but for me the best life that I wouldn’t change for anything. And for all the tough, trying, I’m-not-gonna-make-it-moments, there are about a billion other incredibly amazing, hilarious, I-can’t-believe-I’m-so-lucky-to-be-your-mom moments. I once heard someone say that having a kid is like having your heart outside of your chest. And it’s so true. It’s a love that I can’t quite describe, and I can’t believe I get to experience every single day.

So good luck mamas – I hope this serves as a mini crash course in just a few of the joys of motherhood.  And let’s all remember to pat ourselves on the backs and high-five each other just a little bit more. We’re all doing the very best we can to raise the very best little humans we can.

What other new mom tips do you have to share?