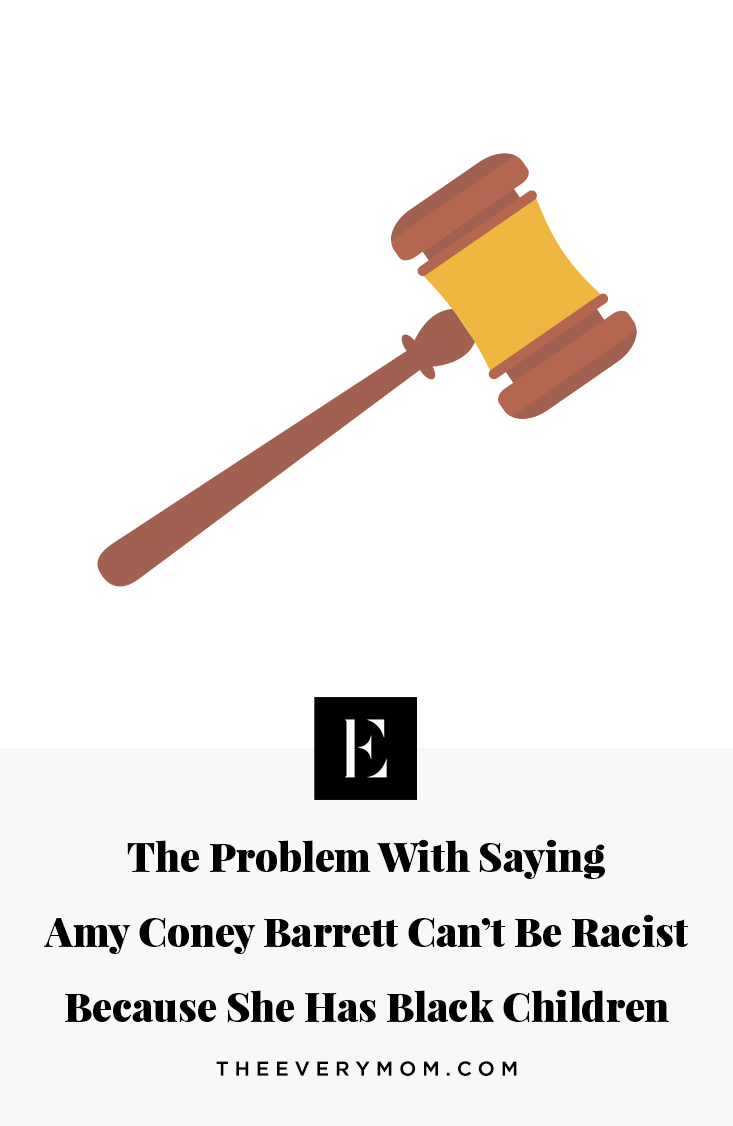 Since President Trump announced Judge Amy Coney Barrett as a Supreme Court nominee, there has been a lot of discussion on the topic of racism because Barrett has two adopted children from Haiti.

“She’s a woman, so they can’t hire their usual fake sexual assault victims. She has two black children, so they can’t smear her as a racist … ” tweeted conservative author and activist Candace Owens on September 26, 2020.

There seems to be a widely held idea by some people that by having Children of Color, a person cannot possibly be racist. And as a transracial adoptee (I was adopted by another race), I feel obligated to share it is entirely possible for white adoptive parents to be racist. I have had many experiences with racism, and many of my friends who were adopted transracially by white parents have as well.

As a transracial adoptee (I was adopted by another race), I feel obligated to share it is entirely possible for white adoptive parents to be racist. I have had many experiences with racism, and many of my friends who were adopted transracially by white parents have as well.

When I was taking a multicultural psychology class in college, I learned about implicit biases and schemas. Implicit biases refer to stereotypes that affect our understanding or actions in an unconscious matter and schemas, which are a framework or concept that helps us to interpret information more quickly by allowing us to take shortcuts. For example, most people have a schema of how certain people look or behave if someone were to say, “picture a doctor.” Your shortcut might be thinking doctors are usually very smart, wear a white lab coat, and sometimes glasses.

And the way we develop schemas is based on the information we’ve taken in over the years from our upbringing and our environment as well as what we watch on television, read in books, and see in the media. So, for example, when the media is often portraying Latinx as housecleaners with many kids, or a Black person as a gang member on a television show, it can lead to unconscious bias a person actively needs to work at to change. 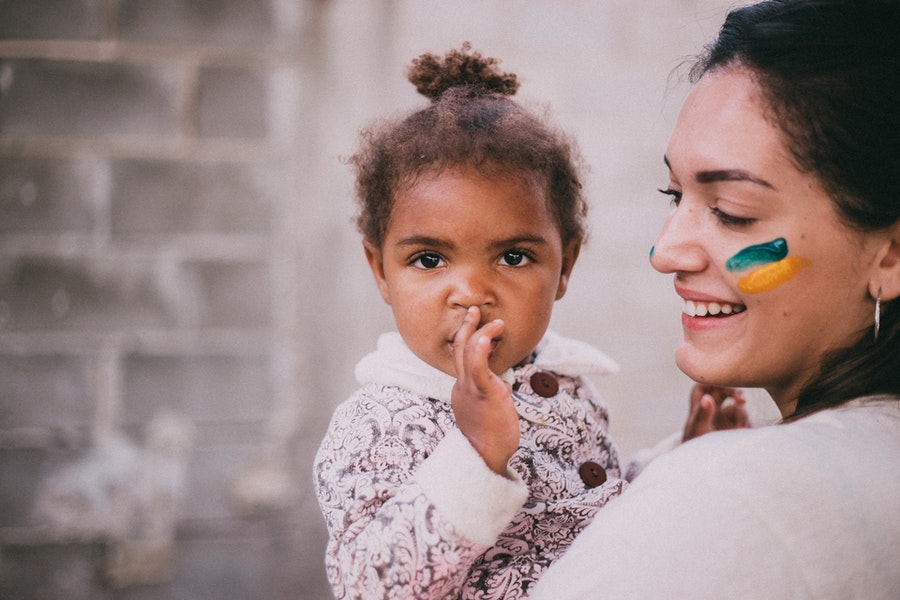 And when you are an adoptive parent to a Child of Color, it is important to realize biases like these exist because it can lead to issues down the road. A very real example was shared in a video by the Republican National Convention. Adoptive mom Abby Johnson said it would be smart for police officers to act extra cautious around her adopted Black son because of statistics.

As a transracial adoptee, I do not doubt that parents like Abby Johnson love their adopted children, but they may have a hard time addressing their own biases. So when people are saying Barrett can’t possibly be racist since she has adopted Children of Color, I simply can’t use that fact alone to believe it.

The Reality for Many Transracial Adoptees

Growing up in a white family, I heard very prejudiced remarks against People of Color from most of my family members. Many were microaggressions, but some were outright prejudiced, handed down through the generations in my family. My parents had been taught problematic beliefs about POC by their parents and influenced by the media.

The adoption agency my parents used did not dedicate enough time and resources to educating adoptive parents on the intricacies involved in transracial adoption. Ultimately, they failed to prepare our family for issues that are involved with having a Child of Color raised by white parents.

Some of these challenges can be:

“One of the things I think was hardest for me is I didn’t have any independent relationships with Black people, especially adult Black people, till I was an adult,” said transracial adoptee Chad Goller-Sojourner in an NPR interview.

On my own podcast, Adoptee Thoughts, transracial adoptee Aliyah Santos also shared,  “With George Floyd and all of the Black Lives Matter … [my adoptive mother] was real dismissive. No recognition that I was a Child of Color being raised in a whitewashed area.” 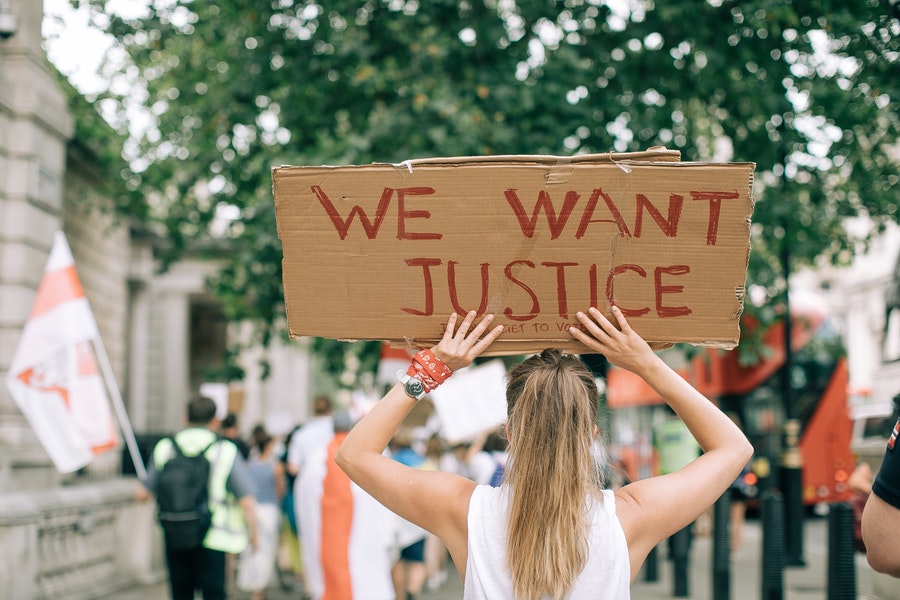 Proximity to BIPOC Isn’t a Cure-All for Racism

I know it can be hard to understand how a person can be racist and have People of Color in their family or in their circle of friends, but close proximity to BIPOC does not inherently erase biases. Anti-racism takes real work.

It is problematic to support the narrative that having two Black children automatically means Barret can’t be racist. She has been nominated for the highest court in our country, and right now, her history is worrisome. One example that stands out is her support for federal enforcement of Trump’s public charge immigration law, which prevents immigrants from getting legal residency in the United States if they use public benefits. In order to hold her accountable, we need to acknowledge what will truly show us she isn’t racist: her actions.

How Can Adoptee Parents Support Their Transracial Children?

White parents who adopt Children of Color need to be ready to do the work of anti-racism. When the adoption industry places most children with white adoptive parents, we need to be ready to discuss how important transracial education is. Our differences deserve to be acknowledged, especially by those closest to us.

White adoptive parents can begin by:

Read More: Toddlers Aren’t Too Young to Talk About Race—Here’s How to Start