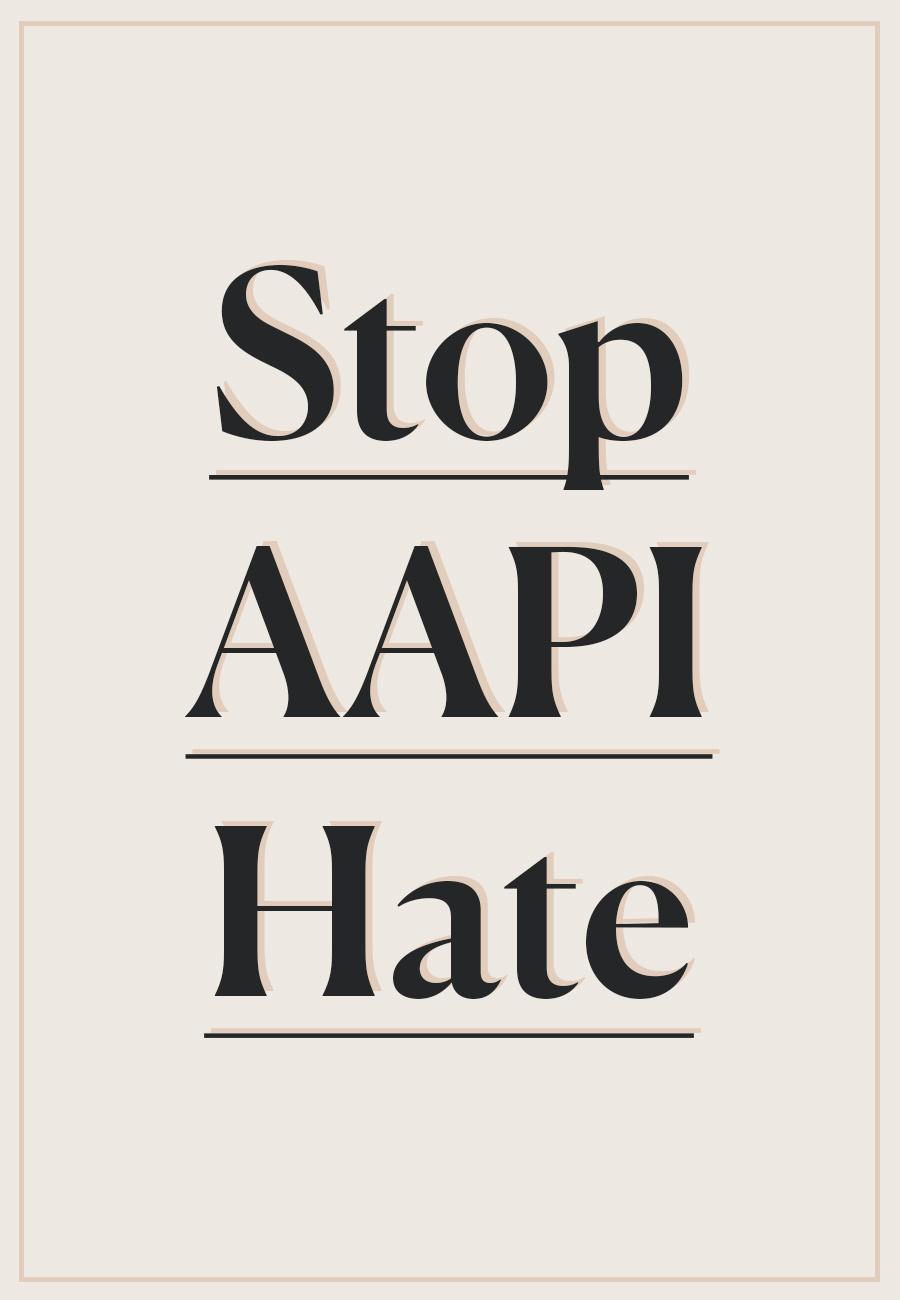 By the time I got my first boyfriend, I felt like I was blossoming late (I was 20). It made me feel like I needed to go along with a lot of comments or ‘jokes’ which, looking back on them now, were not only not OK, but actually racist.

I was used to it, having grown up as the ugly, hairy girl in a wealthy white suburb of Detroit (one of few South Asians at my school). When my new (white) boyfriend—who claimed to like me—and his (white) roommate would jokingly tell me to calm down by saying, “Fácil, easy girl,” I would laugh along, swallowing back any ugly feelings.

Telling me to calm down was one of their favorite jokes any time I started talking about a topic I was interested in. Using Spanish felt like a sly way to tell me that brown was brown to them. I guess I wasn’t sure which part was worse, the racism or the misogyny, so I just refused to acknowledge any of it and “moved on.” This is one of many memories it has taken me decades to unpack.

I wasn’t sure which part was worse, the racism or the misogyny, so I just refused to acknowledge any of it and ‘moved on.’

Growing up AAPI (Asian American Pacific Islander) in the U.S. is neither a monolithic experience nor similar to any other minority group experience. The term encompasses over 40 different countries that have multiple ethnic groups and regional cultures dispersed throughout their borders. To say that the Asian American community experiences any one thing is difficult, but the one commonality does seem clear: racism and violence towards AAPI have always been downplayed because of the model minority myth. If you’re unfamiliar, it’s the idea that Asian Americans are model immigrants: we get good grades and we get along. It makes people think that what Asian Americans go through isn’t racism, because we are the minorities that are ‘good.’ It’s why my first boyfriend thought he could say what he said to me. To him it wasn’t racist—it was just funny.

A post shared by We Need Diverse Books (@weneeddiversebooks)

Given the United States’ history of anti-Asian racism in policy and practice, it is unsurprising. And because it’s been downplayed, it often feels as if you have to be in-the-know to access any of this information. I didn’t learn any of this in my high school history classes, even from the privileged seat I was in.

When we studied WWII in school, the Japanese internment camps were presented as a community built in a different place instead of what they were: prison camps. We never explored how the stereotype of all South Asians as engineers and other professionals sprung from The Immigration and Nationality Act of 1965. While the legislation removed quotas for immigration, it also led to only allowing a specific type of immigrant to enter the country; those with either direct family ties to current Americans or with high levels of scientific educations. From the Chinese Exclusion Act of 1882 all the way down to the Muslim travel ban attempted by Trump, there has been regular systemic action against AAPI—and we often don’t learn about it unless we do our own research.

As an adult, I know the 21st century has still been fraught not only with anti-Asian policy, but also anti-Asian violence. As these communities continue to be called ‘other,’ more and more white supremacists feel emboldened to act against Asians; from post 9/11 attacks on Muslims that were reawakened under Trump to COVID-19 inspired violence on Asian elders. And, as we know too well from last week’s violence in Atlanta, if you have multiple intersections (Asian, elderly, female, sex worker, etc.) the danger goes up exponentially.

And if you have multiple intersections (Asian, elderly, female, sex worker, etc.) the danger goes up exponentially.

The hate crime on March 16—in which a white man murdered eight people, six of whom were Asian women—shows just how dangerous these situations can ultimately be. In this instance, it’s hard to say which was stronger, the misogyny or the racism. The scariest part, though, is that the violent attacks against South Asian Americans in the recent past and the attacks against East Asian people warned us that the violence was continuing to escalate. And when it did, we had to stop and ask ourselves if we could have stopped this from happening or if we can at least stop it from happening again. 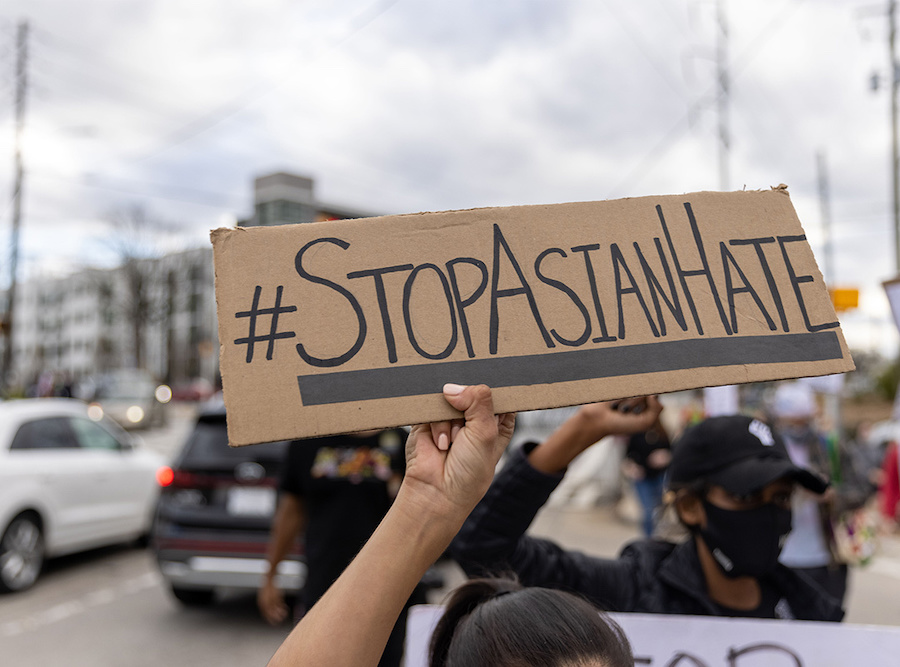 And we can! We do that by engaging in dialogue and taking action. We can’t go back and change things, but we can make sure that these things don’t continue happening. It has to start with ourselves. We need to reckon with how our own past history, biases, thoughts, and actions contribute to systemic issues as well as interpersonal issues. Even I need to do that. I grew up with relative financial comfort and that gave me privilege among AAPI children of immigrants. I have also reckoned with the way I was taught to devalue a certain type of immigrant and how much I thought my birthright citizenship status elevated me.

We need to reckon with our own past history and thoughts and things that we have done to contribute to systemic issues as well as interpersonal issues. Even I need to do that.

While you are re-framing your own brain, speak to your children about the history left out of the history books, speak up when you see harassment in public, appeal to your reps and senators to create policy to protect AAPI people. The more we take action in opposition to hate, the less the violence has room to grow.

The memory of my first boyfriend is one innocuous moment in a past littered with hatred spewed to my face and behind my back. Sometimes from people who said they cared for me and sometimes from people whose hatred enters the room before they do. Both kinds cut me in different ways. When I look at my nieces and nephews, I wonder if anything will be different for them. My silent prayer is that we can raise a generation of children who can eradicate this kind of violence and find a way towards healing.