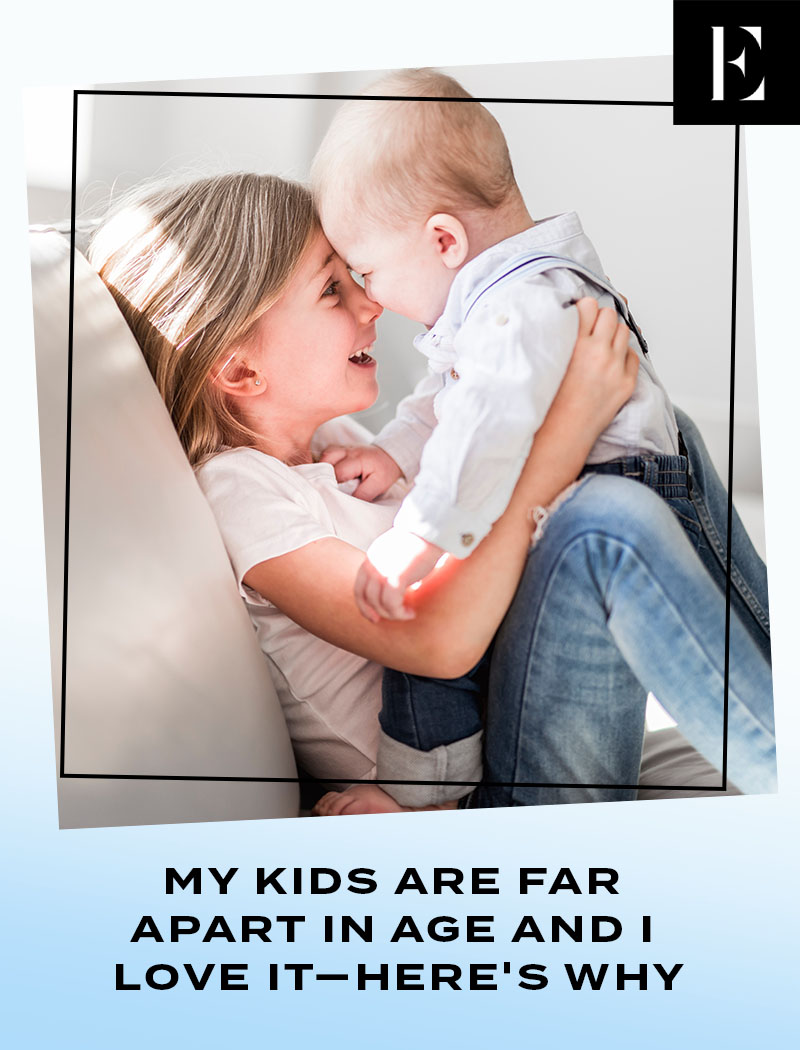 Growing up, my older sister convinced me for a time that she and I were twins. As the two middle kids in a pack of four girls, Maggie and I did nearly everything together—much to her annoyance. We wore the same clothes, had the same atrocious haircut, and shared everything, including a best friend. The only catch? We were one grade apart in school, a fact my sister attributed to me failing preschool (that never happened, promise). The true story, of course, is that my sister and I are 18 months apart and overlapped in our two-year preschool program.

As the younger sister, you can bet I relished this setup and often dreamed of replicating it in my own family. But once my oldest was born, sending me into a tailspin of postpartum depression, it took me a while before I could entertain the idea of another baby. When my second daughter was finally born, four and a half years after my first, I focused so much angst on their age gap. Would they be close? Would they have anything in common? Would they enjoy one another’s company?

Now two years in, these worries proved to be a serious waste of time. It turns out, there’s plenty to love about a big age gap between siblings. Here are just some of the small joys I’m finding as my girls—ages 6 and 2—grow.

States away, my younger sister is raising two of the sweetest kids I’ve ever seen. The oldest is 2 and the youngest is 9 months old. Like so many parents, my sister has two children in diapers. Two children who can’t help themselves. Two children who do the ridiculous and dangerous things that only babies and toddlers do.

While my youngest was a newborn, my oldest could do plenty of things on her own. She could dress herself, use the bathroom, pour herself a glass of water, and handle all the little sundry things kids need throughout the day. Sure, there were times when I balanced the needs of a big kid and a newborn—but by and large, my oldest brought a welcomed independence to our two-kid routine.

This past weekend, my oldest bounded into my room well before I felt ready to crawl out of bed. With a gate secured at the top of the stairs, I felt totally at ease green-lighting her request to get her little sister up to play. Through the monitor, I heard her greet her little sister, help her out of her crib, and bring her back to her own room for 20 sweet minutes of shared play. 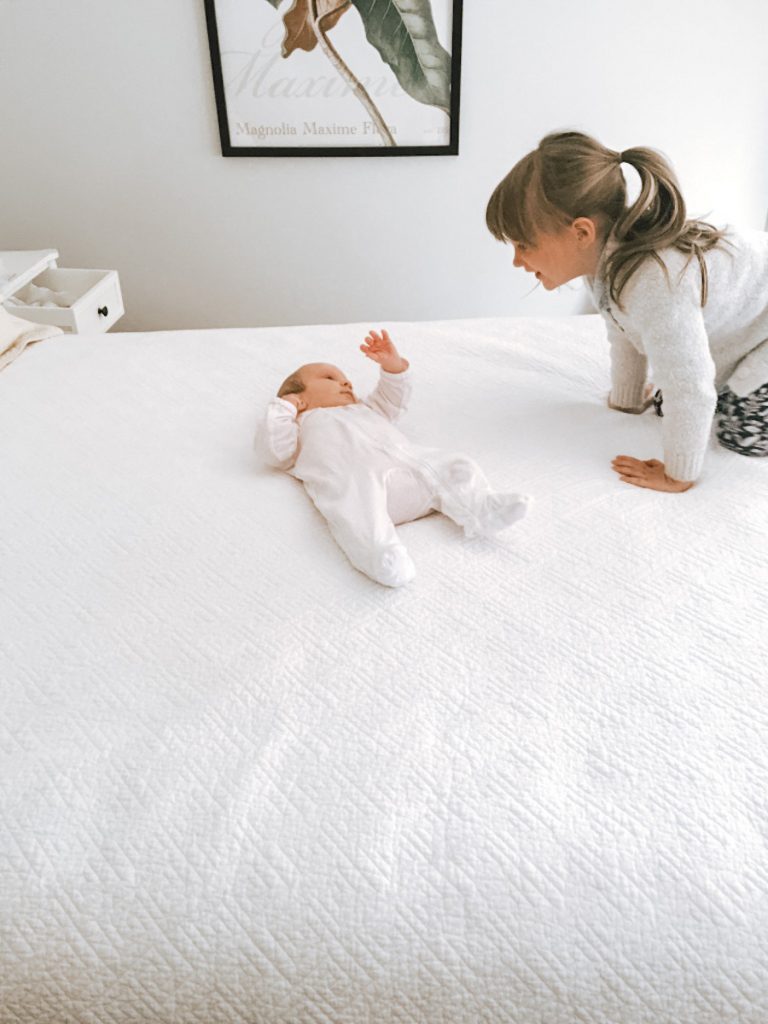 At the risk of sugarcoating the transition into big sisterhood, I’ll say this: bringing home a new baby was a months-long, fairly rocky adjustment for my oldest. School behavior problems became our norm for a little while, but with some reassurance and consistency, we all weathered that storm together. Coming out the other side, my oldest delighted in flexing her newfound responsibility as Big Sis, even if that just meant fetching a clean diaper from the nursery.

Now that the little one is 2, my 6-year-old wears her title as older sibling with great pride. I love listening to their play from the next room, as my oldest teaches my youngest how to connect Legos or points out the first letter of her name in a book. I can almost see my big kid’s heart swell with pride when I trust her with a big task like zipping the toddler’s coat to go outside.

OK, I will admit that this one is a double-edged sword. With a sister several years older around, my toddler has learned the alphabet with impressive speed. She’s learned to ride a balance bike, climb a ladder, change her socks, and the like, much faster than her sister ever did. Additionally, trying some new foods, brushing teeth, combing hair, and getting ready for bed, is less of a nightmare because the little one wants to do whatever the big kid is doing.

In many ways, having a small role model around is a serious win. But also, just as these good, helpful habits come so much easier with an older sibling around, so too do the things that drive you absolutely crazy. 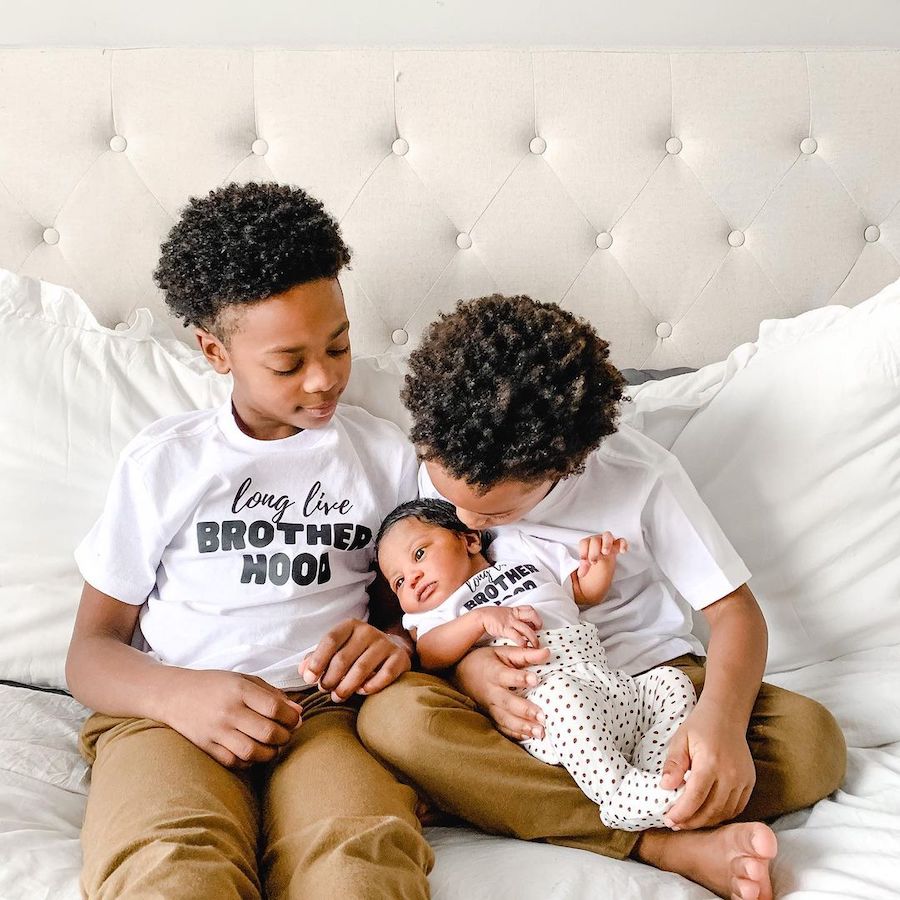 One Issue at a Time

I know this won’t be the case forever, but with young children far apart in age, life just comes at a slower pace. I have one child in school and the other at home, free of any outside time constraints. One kid is years into using the bathroom independently, and the other on the brink of potty training. While I sleep trained the little one, I could rest easy knowing her big sister would sleep well through the night. I’m certain there will be more juggling as my girls grow, but for now, taking one big milestone at a time is a measured pace I can deal with.

Read More: Here’s What I Wish I Knew About Having Baby #2