On the morning before my youngest was born, my then 4-year-old and I gave each other tattoos. She picked a string of magenta butterflies she insisted fly over her heart. Mine was a single insect, deep turquoise with flexed wings on my forearm. In my mind, it was the last thing we’d do together before everything changed—before we took a leap into unknown territory.

When it comes to me and adjustment periods, you could say that I’m “easily ruffled.” I don’t like change, even when it’s almost guaranteed to be a wonderful one. So while I was happier than could be to welcome my second baby, I couldn’t help the worry spinning deep in my gut.

Here’s what I wish I had known before my second baby was born.

The arrival of my youngest coincided with a truly tough school year for my oldest. She spent more time in the school’s office that year than she did in her own classroom. Her friendships were fraught. In return, I was high-strung and worried, hitting the parenting books hard in an effort to calm the storm inside my big kid. She wasn’t jealous or bitter, she was just unmoored.

Where once, consumed by pregnancy fatigue, I had snuggled away the afternoon with my oldest on the couch—now there was always a tiny fragile someone between us. The only solution was leaning on time and consistency to help my oldest understand that, even with our new addition, our family was just as safe and loving as ever. 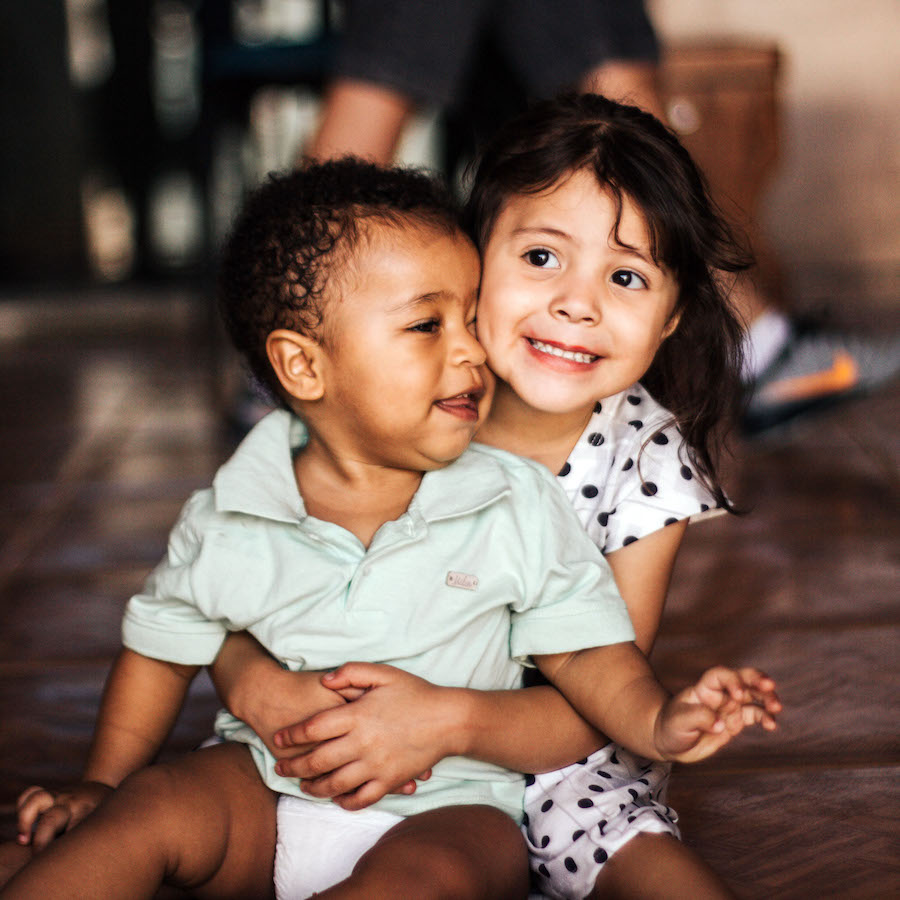 You Will Get Time With Your Big Kid Again

The day after my second baby was born, my doctor visibly winced at my appearance. Ouch, right? Pulling back the curtain to my hospital bed, she demanded to know if I had done any sleeping the night before. How could I when this beautiful little baby lay bundled up beside me? All I could do from midnight till morning was giddily gaze at her. Forget dozing.

But as flooded with happiness as I was, my heart ached for my oldest. I missed her—and I would continue to miss her—for weeks and months on end. With all the care and tending to newborn needs, there’s little opportunity to leisurely read a book with your big kid, or take to park swings together like old times.

But as flooded with happiness as I was, my heart ached for my oldest. I missed her—and I would continue to miss her—for weeks and months on end.

But little by little these moments crept back into my life. Before long, my oldest and I were hatching plans in the morning for the big date we’d have during baby’s afternoon nap. These days, I intentionally carve out time for my oldest, even if it’s a spare 20 minutes here and there.

Each Baby Is Different

My entry into parenthood was not an easy one. My firstborn, while brilliant and beautiful, was nearly impossible to soothe—if not for my trusty hairdryer. One blast from across the room and my daughter would settle in silently and drift off to sleep. Once, I discovered my husband had been spending his late-night soothing sessions strapping our baby to his chest and practicing lunges down our dark hallway. Everything we did was elaborate.

So, when my second baby was born, I braced myself for round two. If we were going to survive another round of colic, at least this time I would be prepared. Except, Baby #2 was nothing like Baby #1 and was content to wile away a day, blinking silently from her bassinet. Her troublesome period, I’d later discover, would hit at two, when she perfected a glass-shattering scream she’d practice recreationally. 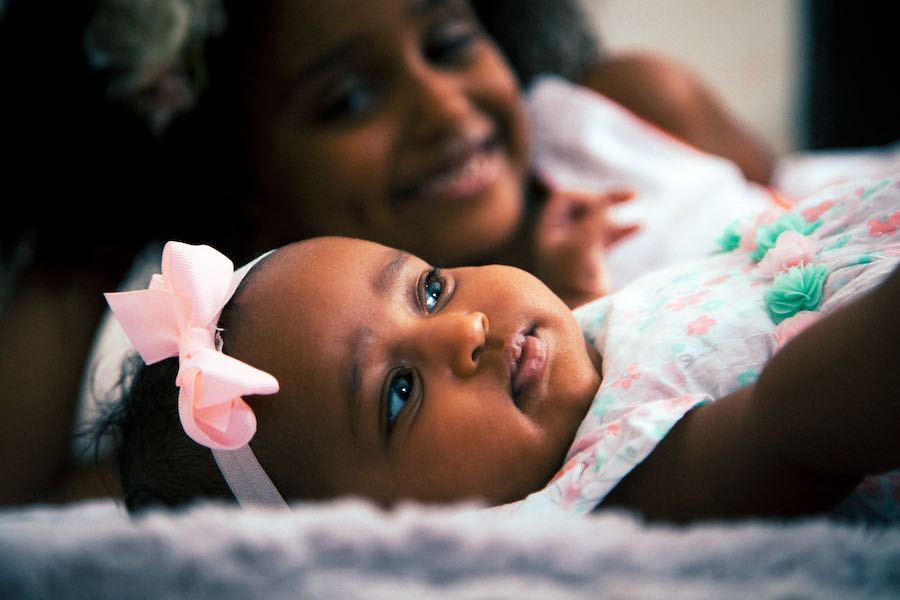 Their Bond Is Strong

When the little one was born, my big kid was desperate to play. Except, newborns don’t play. Newborns don’t do much of anything. Learning that lesson was a profound disappointment and my oldest spent a lot of time lamenting what a boring baby we’d brought home.

Fast forward two years and my girls are the best of friends, something I had my doubts about in the beginning. Despite their age difference, they engage in super-involved pretend play. They are always cozied up with a shared book in their laps, and they often send one another into fits of hiccup-laced giggles.

… My oldest spent a lot of time lamenting what a boring baby we’d brought home.

Of course, they argue and fight, and once in a while someone gets walloped over the head. But by and large that tiny newborn who didn’t do a thing at all grew into someone my oldest genuinely loves to be around.

It Doesn’t Get Easier

Balancing the needs of two children isn’t easy, especially when it’s so new. In the early days, I was often frazzled and annoyed, struggling to meet the demand of one kid while the other one lost her cool. Now, two years in I can say with confidence that this, in fact, never ends. There are days when I feel as if I’m being shredded in two, pulled in opposite directions by opposing needs. But while this stressful situation never seems to improve, I feel more confident in dealing with it. I can offer a soothing response to one kid, while actively dealing with the other. As with all aspects of motherhood, you find your way.

Read More: Two Kids Melting Down at Once? Here’s What To Do