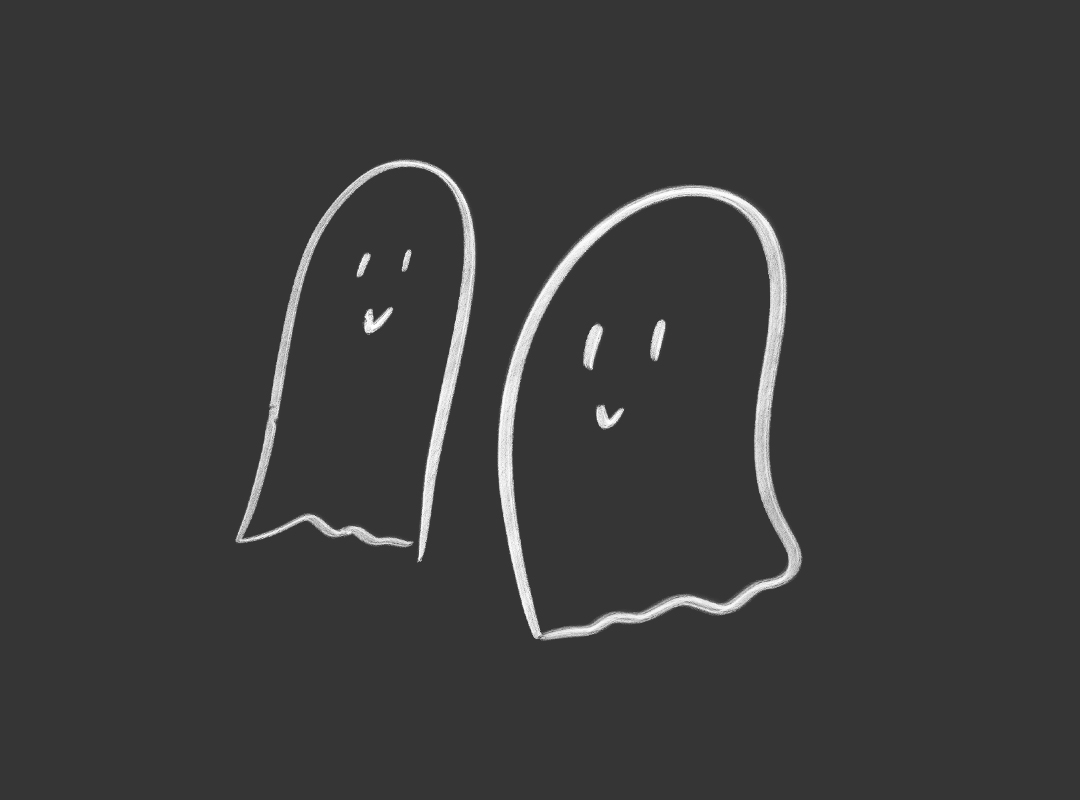 We’ve all heard the stories. A television that flips channels on its own. The house that echoes with a baby’s cries, despite no baby actually living there. A bar stool that skitters across the floor when no one is near. The piano that plays itself at all hours of the night and day.

As a self-professed chicken and proud scaredy cat, I ordinarily will these events into a tidy explanation: an unreliable storyteller, an electrical short, or perhaps a curious nocturnal pet. But in the spirit of Halloween, I’m willing to entertain the question: do ghosts exist? Turns out, if we want an answer, all we need to do is look to our children.

“Kids are more susceptible to ghost sightings because they have a much greater sense of awareness than most adults,” explained Intuitive Healer Dr. Kim Peirano, DACM, Lac. “This leaves them subject to picking up on energies and events that go unnoticed by most. We tend to have a belief that because our kids can’t always communicate [their thoughts], that they are unaware or unconscious of what’s going on around them. This is anything but the case.”

To put Dr. Peirano’s theory into practice, I put out the call to moms far and wide looking for ghost sightings as reported by their little ones. My inbox immediately overflowed. Here’s what these women had to say:

“When we were looking at condos to purchase our first place, Claire was just shy of her third birthday. We brought her with us to all of our showings because we wanted to see how comfortable she was as it would be her home too. When we walked through the door of the place we ultimately bought, the second floor of a 1911 Chicago brick three-flat, we all knew immediately that it was the right place. That evening, I asked Claire if she thought that place would be a good home for her, and her response was, ‘Yes! And the little boy that lives there is really nice too.’

This took me aback, but I tried to remain calm. I asked her what she meant, and she said there was a little boy in his pajamas that she saw in the dining room. She said he had waved at her, he was about her age, and he was only in the dining room. She knew his name (which I don’t remember now) and that he was afraid of water. After she went to bed that night, I looked up ways to clear the energy of a home, how to communicate with a ghost so they don’t bother your family, and anything else I could find to make sure at least I could be comfortable living in this otherwise perfect condo. Claire never talked about him again, not even the next day when I asked her to tell my husband.” —Ashlie M., mom of two

Trigger Warning: This next anecdote touches on the subject of the loss of a child and could be potentially triggering for some. Please skip ahead if you feel it might not be for you.

“My son was around 2 at the time. We were driving past the cemetery when he said, ‘Look, mama! Dead people.’ Yes, darling, I responded. ‘Kids!’ he continued, matter-of-factly. And sure enough, we were passing by the children’s section. Curious, I asked if the kids were happy or sad. ‘Happy, mama!’ he said. ‘They are running around that daddy.’ All I saw was a man standing alone with his head dropped. It warmed my heart, honestly.” —Erin T., mom of two

“We bought our current house from a man who was married for 40+ years. His wife passed away a couple of years before we bought the house. One evening, while tucking my 2.5-year-old into bed, he said, ‘Mama, night-night to the grandma,’ while pointing to the hallway between his room and mine—what was her room back then.” —Priscilla A., mom of one

“When we moved into our house, Leo (2.5) was seeing a ghost. He would say ‘ghost’ and point to the dining room table. One day, I mentioned ‘Mr. Hutchinson’ to someone while giving a history of the house, and Leo said, ‘Mr. Hutchinson, my ghost friend?’ We confirmed with a house cleanser that someone attached to the home, like a grandfather figure was here, and attracted to Leo’s light and innocence. We have since had our house cleansed twice!” —Amy F., mom of two

“My then 4-year-old would tell me about a little girl who wanted to play with her. She apparently wanted to play all hours of the day and night. When I was finally able to sort out what was up with my daughter, in the middle of the night, I left this little ghost some toys in an upstairs closet so she could play by herself. She had a stuffed lamb and a stuffed duck, and I used to find them moved most mornings. The 4-year-old shared a room with her sibling, so I know it wasn’t her moving the toys.” —Tracy B., mom of three

“Ender, my 4-year-old, will tell us stories about the little girl who shuts doors and turns off the lights. He can’t tell us what she looks like or where she goes. I don’t talk about ghosts or anything that would give Ender this idea. The last time the little girl was here, I heard the door slam. I ran in and asked him if he had closed it. He told me ‘No, the little girl did because she didn’t want to play.’” —Dee Dee A., mom of two

The visit from grandpa

“My husband’s father passed away several years before my son was born. He died from the flu, and my husband had always felt guilty because he had been the one to share the sickness with him. We never talked to our son about his grandpa, but one morning he woke and said point-blank, ‘Daddy, Papa Don wanted me to tell you he’s doing fine.’ We asked him to describe his grandpa and he did so to a T, despite never having seen a photo of him. He said he was standing by a fast car with a cloud of smoke around him. This made perfect sense because my father-in-law raced sports cars and smoked heavily all his life.” —Michelle K., mom of two 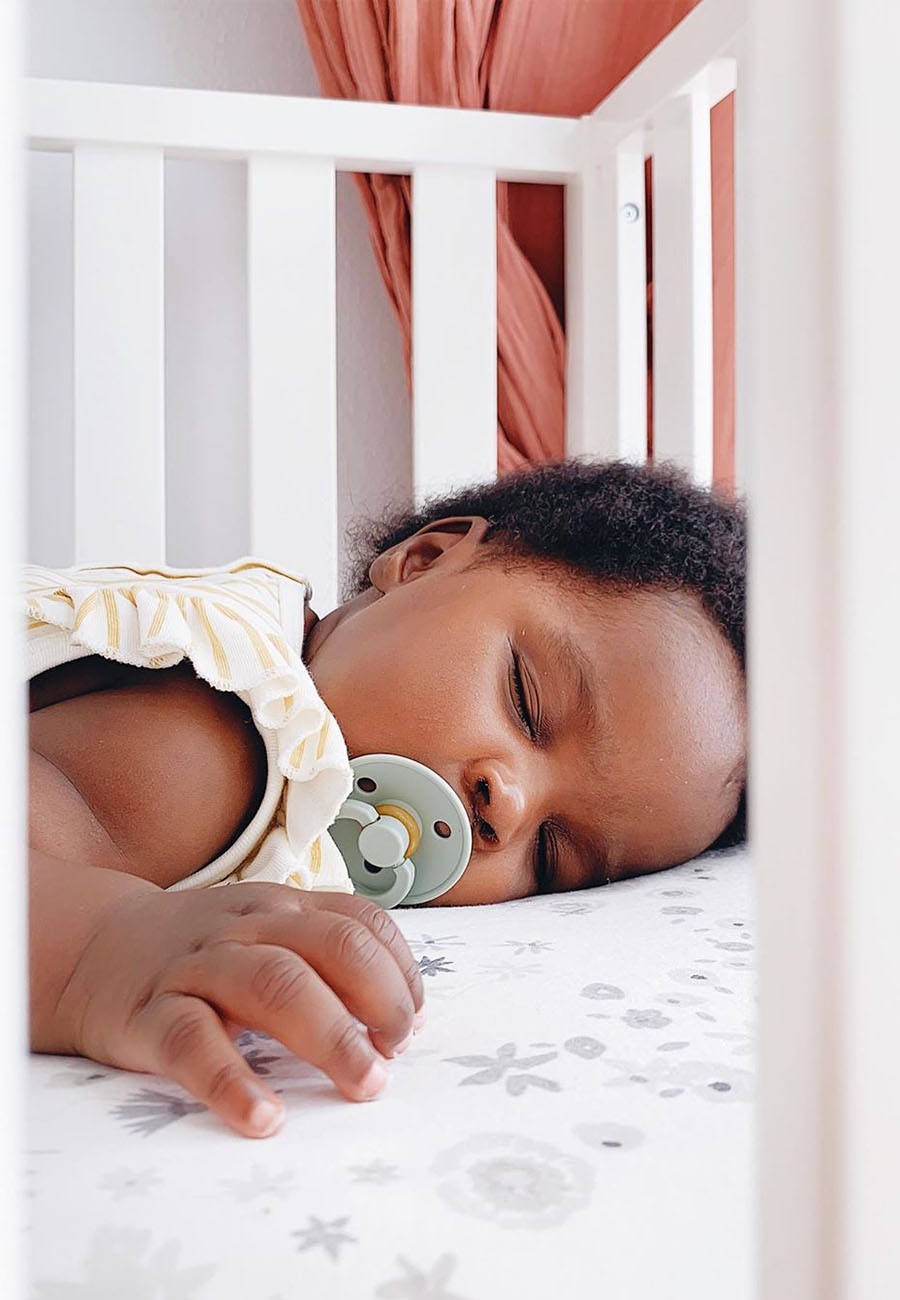 Do Babies Dream? An Expert Weighs In
READ HERE

@theeverymom / #sharetheeverymom
Much like the leaves change, fall is the perfect t

Don't end up as the Hei Hei to your LO's Moana. Ch