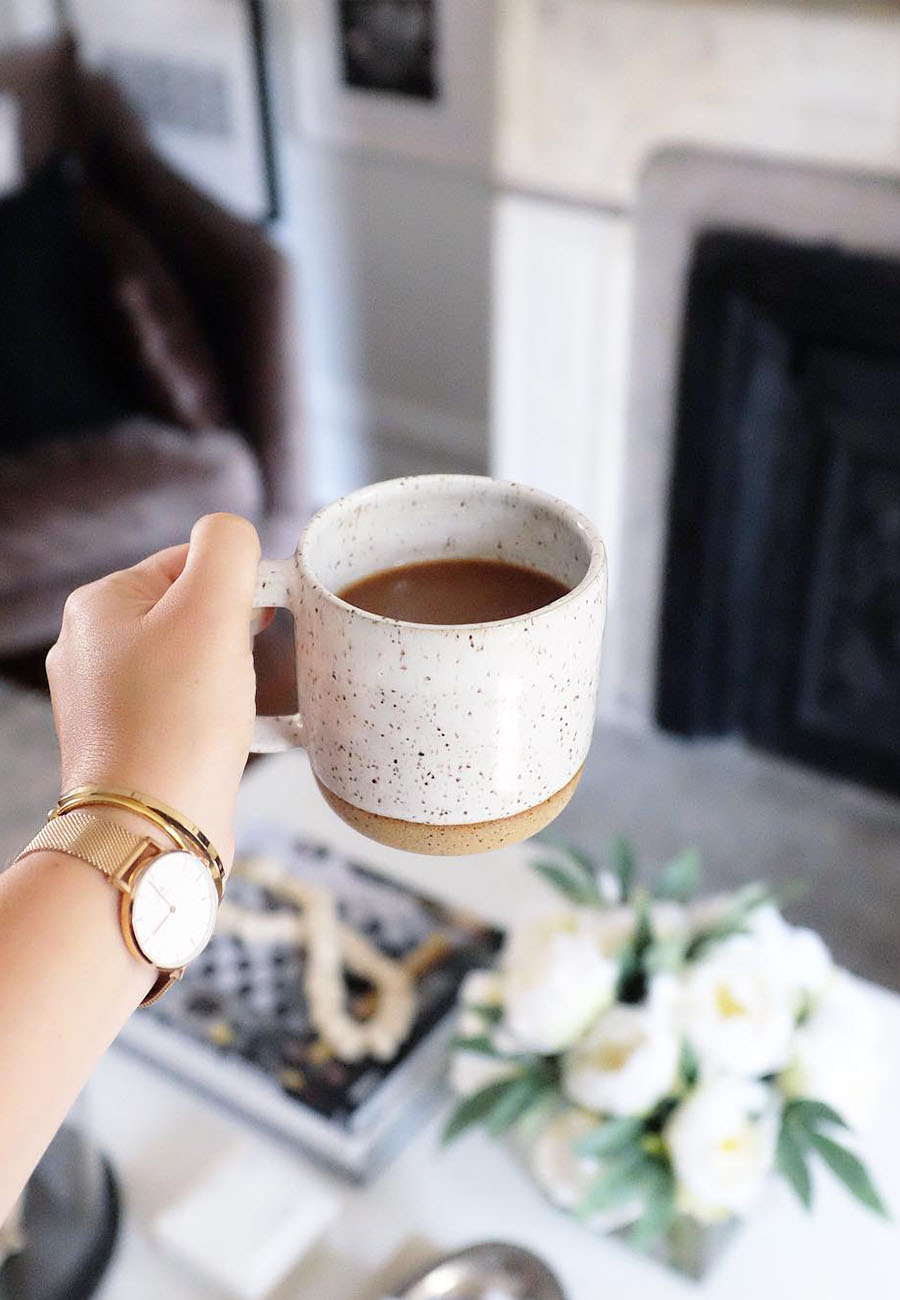 I am a former morning person. Before having a baby I was up before the sun daily, usually to teach group fitness classes or to workout. There was even a short stint where I led a 5 a.m. class. That means waking up sometime in the 4 a.m. hour and honestly, looking back I’m not sure how (or why) I did that.

Fast forward to now. I have a 10-month-old, and I am tired. Very tired. And really, I don’t even think I should complain because she’s a pretty good sleeper. That aside, I’m still exhausted and my morning-person persona has been MIA. If the baby sleeps until 8 a.m., I happily sleep until 8 a.m. as well. And if the baby wakes up at 5 or 6 a.m., I of course get up, but I’m not the chipper early bird I once was. Instead, I feel like I’m half asleep as we begin our day together.

Even though I woke up early for years, it wasn’t easy. But I did it because I loved how it made me feel. I had a jump start on the day, and I felt accomplished and energized by the time most people were sitting down to their morning coffee.

If the baby sleeps until 8 a.m., I happily sleep until 8 a.m. as well. And if the baby wakes up at 5 or 6 a.m., I of course get up, but I’m not the chipper early bird I once was. Instead, I feel like I’m half asleep as we begin our day together.

Recently, I’ve been missing that energized woman. Having a baby throws your life a little (or a lot) out of whack. Your schedule isn’t your own, and your day is dictated by this tiny baby. No matter how motivated you are to accomplish items on your to-do list, it can be challenging to get things done.

I wanted to take a little bit of my schedule back. I’m a work-from-home mom and juggling work, caring for baby, and finding some me time has been near impossible. More often than not, my day starts slow and my mood is less-than-stellar.

But what about those early morning hours? Were those pre-dawn moments the way to turn my day and my attitude around?

I challenged myself to wake up before my family for one week and see how it impacted me. Here’s how the week went. 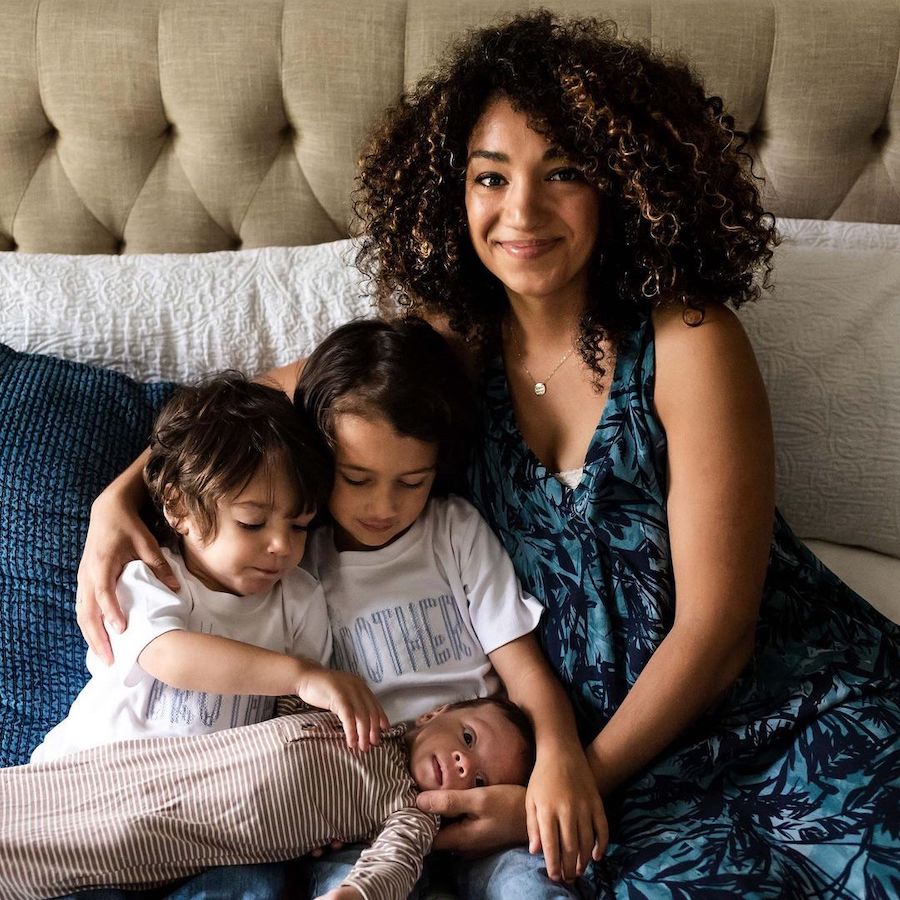 It’s a workday, so instead of scrolling emails from bed like I typically do, I got out of bed right as my first alarm went off. By 6:30 a.m., I was at my desk writing. I had coffee, responded to emails, and started some stories all before baby woke up at 8 a.m. I was having a good feeling about this challenge.

My goal for this day was to get a workout done before the baby woke up. Her wake up time is still unpredictable, but I hoped for the best. I did a Peloton ride in my living room at 6:45 a.m. and then as if she knew, baby woke up during the cool down. Fortunately, she’s pretty content to sit in a bouncer in the bathroom while I shower. Working out as the official start to my day gave me a major energy boost that extended until the afternoon. This made me realize how much I miss starting my day with a workout. Note to self: this feeling is worth waking up early for!

I hit snooze a few times. My to-do list was short, and I wasn’t feeling motivated. I got up later than I wanted to (7 a.m.), but it still gave me about 15 minutes until the baby woke up. Even those 15 minutes made a difference. I brushed my teeth, washed my face, put on deodorant (this is one of the hardest things to do one-handed while holding a baby!), made coffee, and quickly tidied up the kitchen. It wasn’t much, but it was still something.

A new day and a new opportunity! This was another work day, and I got started bright and early, at my desk by 6:30 a.m. Once again, I was able to get in at one hyper-focused hour of work before baby woke up around 7:30 a.m. 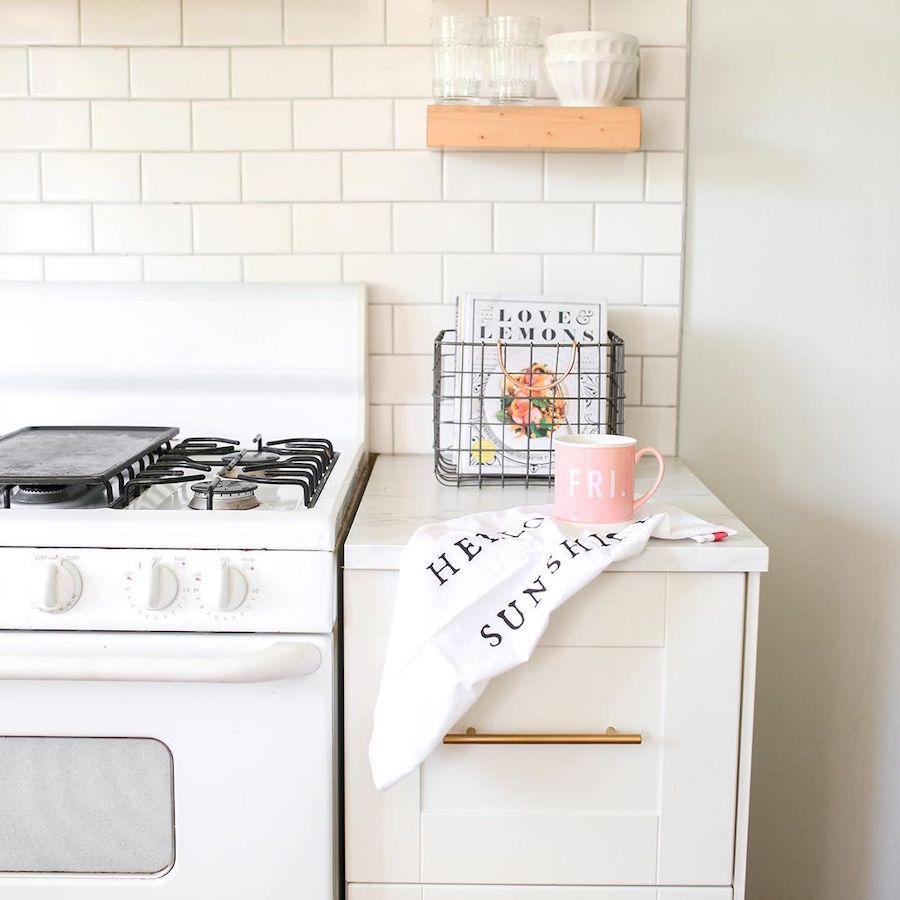 The end of my five-day challenge! I decided to start my day on the bike once again. I hopped on the Peloton at 7 a.m., got in a 45 minute workout and even showered by the time baby woke up at 8 a.m.

After five days of early wake-ups, am I ready to return to my early bird lifestyle? Yes and no. Waking up early, being productive, working out, and getting a jump start on my day felt really good. I loved the feeling of waking up on my own time, as opposed to being woken up by crying or fussing through the monitor.

I felt more alert and more excited for the day. The biggest takeaway and the most positive impact from those early wake-ups was that I’d already worked through my morning grogginess by the time baby woke up. This meant I could greet her with an energized smile, and I was ready for playtime. I honestly felt like a different person compared with the days where I wake up at the same time as her.

So yes, it felt great, which makes part of me want to set my alarm for 6am every day. But there’s another part of me that knows it is not realistic to live that way, at least not right now.

Yes, it felt great, which makes part of me want to set my alarm for 6am every day. But there’s another part of me that knows it is not realistic to live that way, at least not right now.

While we are out of the newborn haze, things are still incredibly inconsistent. Most nights I’m doing a nursing session around 4 a.m. And though I do go back to sleep, my sleep isn’t deep and uninterrupted. And official baby wake up times can range from 5 a.m. to 8 a.m. When I go to sleep at night, I’m never sure what my morning is going to look like.

I’ve decided that I am allowed to cut myself some slack for struggling to be the early morning riser I once was. 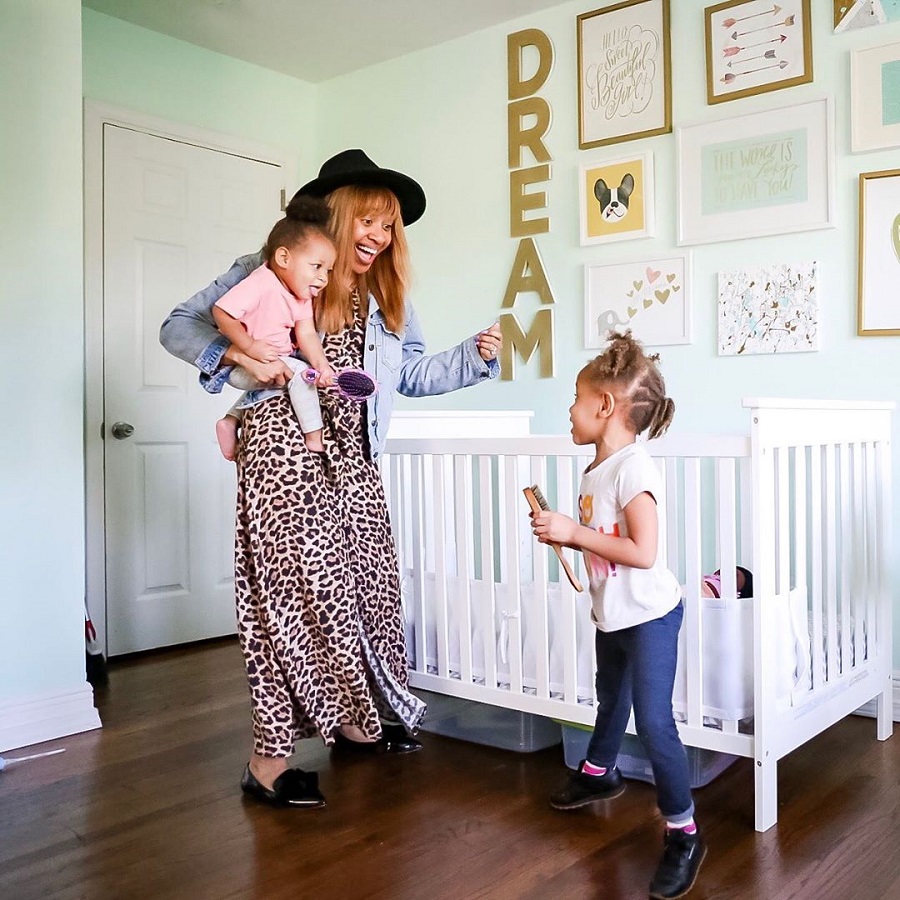 While I do hope to eventually return to a consistent morning routine, I’ve learned to accept that right now, it’s not always possible. Some days I will wake up, work out, and will feel a burst of energy; other days, not so much. It’s OK to hit snooze if the baby is snoozing, and it’s OK to prioritize a few extra minutes of sleep.

Though I may not be the same morning person of my pre-baby days, this challenge did remind me that waking up and getting things done feels amazing.

If you want to tackle early mornings, here are 4 tips to help:

1. Go to sleep at a reasonable hour. Simple advice is often the best advice. Go to sleep early enough that when you wake up early, you’re still hitting your required hours of sleep (whatever that is for you).

2. Slowly get up earlier. Instead of going from a 9 a.m. wake-up to a 6am wake-up overnight, slowly make your way to that earlier time. Every week, wake up 15 minutes earlier than you did the week prior until you find your early morning sweet spot.

3. Think positive thoughts. Before you go to bed at night, think about why you want to wake up early. What do you hope to accomplish, and why will waking up early help you hit that goal?

4. Here’s some tough love: just get up. Don’t think about it, don’t count down from 30 and say you’ll get up when you hit 1. Just put your feet on the floor and take a step. The more you think about it, the more likely you are to hit snooze. 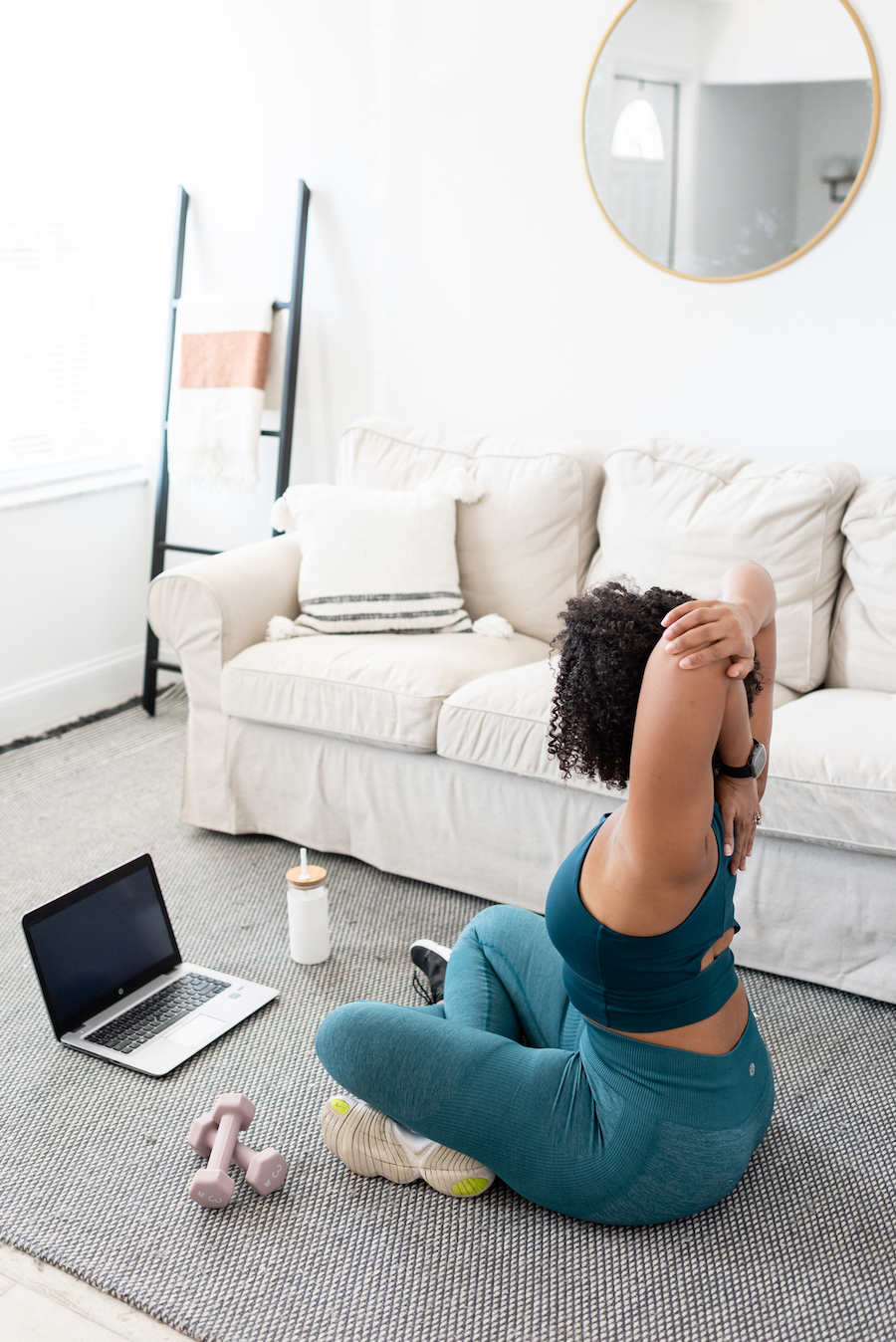