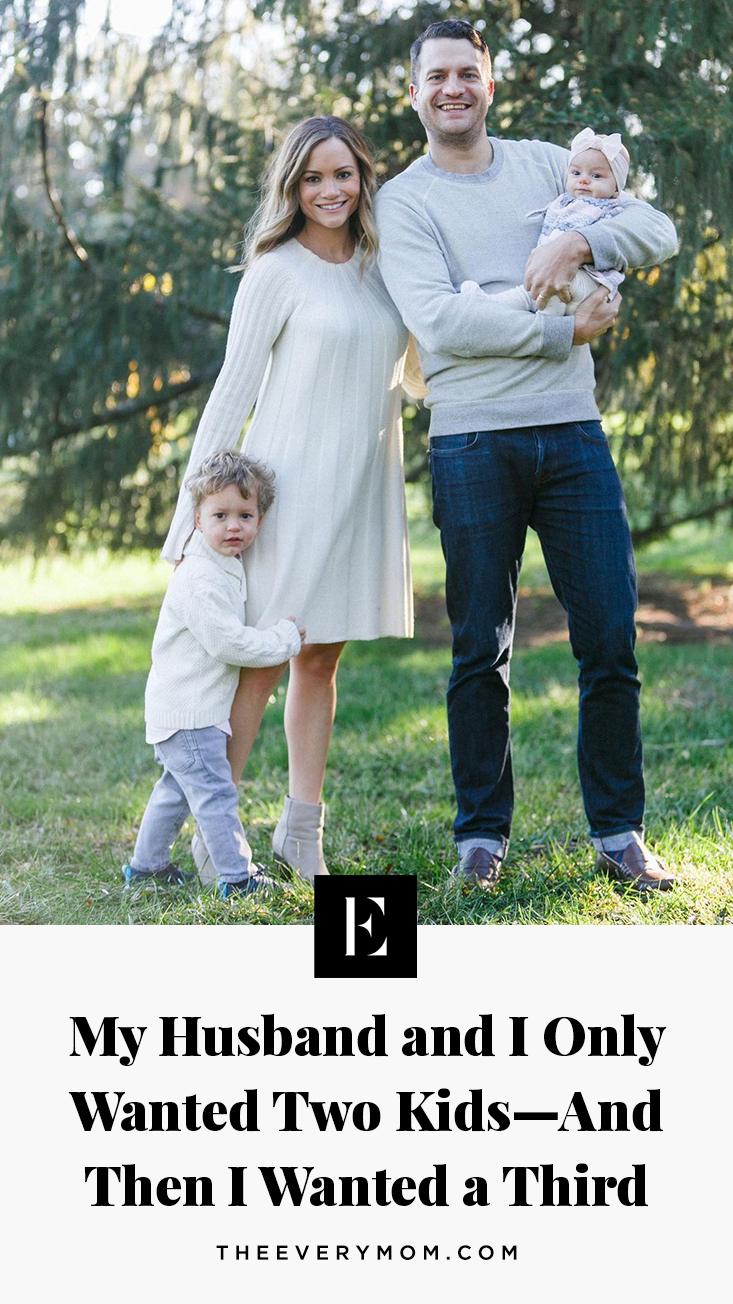 The same day we brought our newborn baby girl—and second child—home from the hospital I said something I never thought I would: “I don’t think this is my last baby.”

Obviously, making major life decisions, like whether you want another child, roughly 48 hours after giving birth is not the best idea. Of course, I wasn’t looking to have an in-depth conversation about the pros and cons of having another baby right then and there when I’d literally just met this one; but the feeling that she wasn’t the last little human that needed to be a part of our family was unshakable.

We had a boy, and then we had a girl, and then I had this feeling: not so much that our family wasn’t complete as it was, but more that there was another piece to our puzzle, another soul that belonged in our family.

Of course, there is a lot more to the decision to have another baby than your gut feeling. There are financial implications: kids aren’t cheap. There are physical implications: I tend to have somewhat complicated pregnancies, the second of which left me on bed rest for six weeks. There are psychological implications: potential postpartum depression, anxiety, and the rollercoaster of hormonal fluctuations; also implications for the rest of the family: bringing a baby home is hard on both parents and older siblings navigating the life-altering transition of becoming a big brother or big sister. The marital implications are real, too: study after study shows that most couples are less satisfied with their relationships after having a baby.

Reading all of that might start to make you wonder why anyone has kids at all, which is a fair question, and becoming a parent is not what everyone wants. But for those of us who are parents or want to become parents, how did we/do we make the decision? I can’t really think of another way to explain it other than, I just knew… which is essentially what it came down to for me wanting a third child.

The list of considerations when it comes to whether to have another baby is truly infinite. Add something like not totally agreeing on the topic with your significant other to the mix, and it’s even trickier. 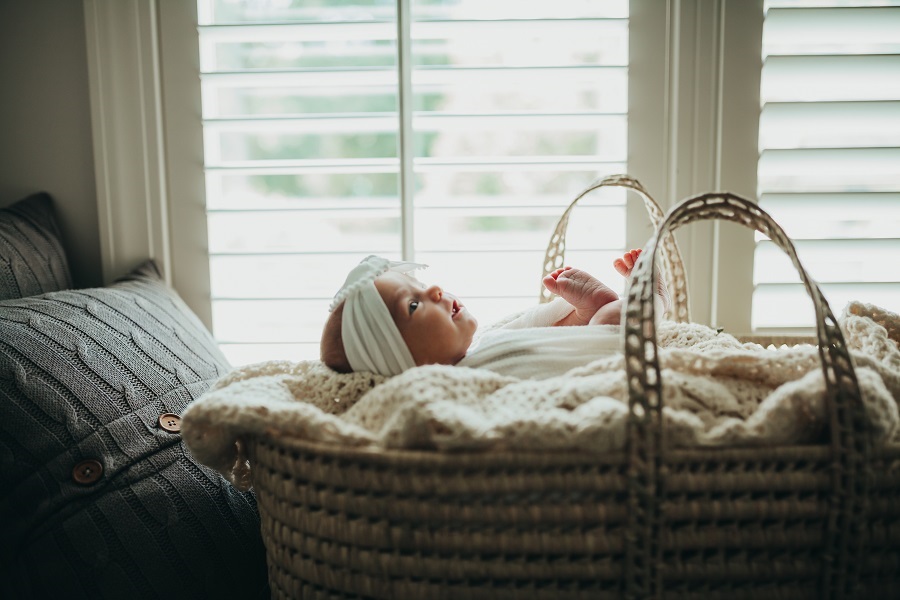 If you’re going through something similar or even questioning whether you want kids at all, I wish I had the magic answer to figuring it all out. Just like there’s no secret recipe for the perfect marriage, there’s no step-by-step guidebook to help you decide what’s right for you and your family.

My newborn baby girl is now 15 months old, and the jury is still out on whether she will become a big sister someday. I’ve spent the past year casually bringing up the idea of having a third baby someday to test the waters with my husband and gauge whether he is absolutely, 100 percent sure that he does not want another child. If that’s the case, then maybe my best option is to get a puppy.

Yes, I’m making light of a serious topic, but really, if he is as certain that he does not want another baby as I am that I do, how do we meet in the middle? There is no middle ground when it comes to this topic. You either do or you don’t.

While I certainly don’t have all the answers, I can tell you what my husband and I are doing to figure out what’s next for our family.

…and thus, our family. This is easier said than done, but I put this one first because this could very easily be a topic that bitterly divides significant others. Some couples having this discussion may be more firmly divided on the topic than we are; I’m only speaking from my personal experience. I know that if we didn’t have another baby, I could and would still be happy and fulfilled. On the flip side, my husband could and would still be happy and fulfilled if we did. In that respect, we’re lucky to be starting from a place of something like agreement.

Just because we haven’t reached an agreement on what’s next, doesn’t mean we can’t still focus on what’s now.

Focusing on prioritizing the family we do have has helped us remember this is a decision that must be made together, and even if we don’t totally agree now, we are still in it together for the long haul—and our kids need that. Just because we haven’t reached an agreement on what’s next, doesn’t mean we can’t still focus on what’s now. For us, what’s now is continuing to love each other and trying to be the best possible parents and role models for our two existing children.

If the topic of another, future baby is tearing a marriage apart, it might be time to seek some expert outside help—which is totally normal and can be extremely helpful. 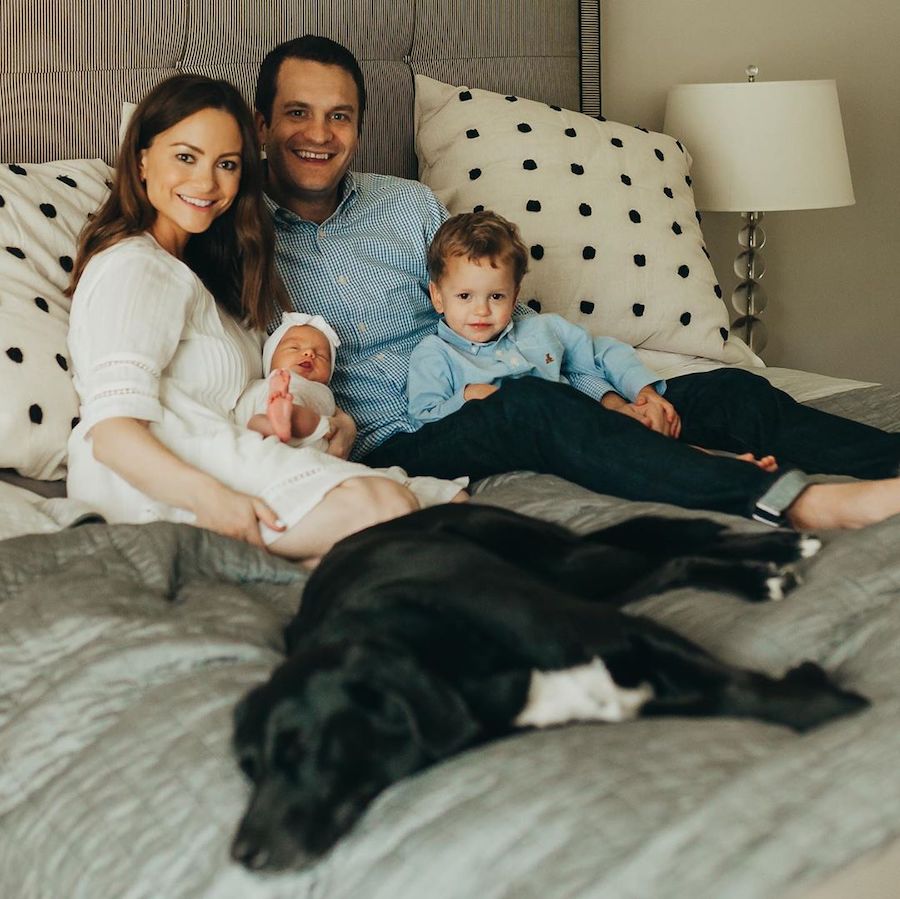 2. Listening to Each Other’s Perspectives

There’s a little question we, as parents, hear a million times a day and can also be beneficial in marriage: why? Asking why is such an easy way to open up a conversation and learn about what’s really going on in your significant other’s head.

Even though we are raising the same children in the same household, we are two different people, with two different experiences of parenthood. What I find stressful or triggering, he may not. What he worries about, I may not. Neither of us is right or wrong, better or worse; we’re just different. I know that looking into those differences and truly trying to understand them will help us make the best decision for everyone.

There’s a list of not-so-sexy things, like debt, financial management, division of household labor, etc., that experts always recommend discussing before getting married. It’s because these are the day-to-day things responsible for many of life’s stresses and arguments.

While a baby brings with it immeasurable joy, it’s impossible to overlook the stress a baby adds, too. Talking realistically about how another baby would affect our day-to-day lives and our lifestyle more broadly has helped us start to get on the same page. Everything from how would we handle who wakes up with the baby at night to who would stay home from work for any of our kiddos’ sick days to the broader financial implications—both short-term and long-term—of adding another person to the family are very real things that need to be addressed. 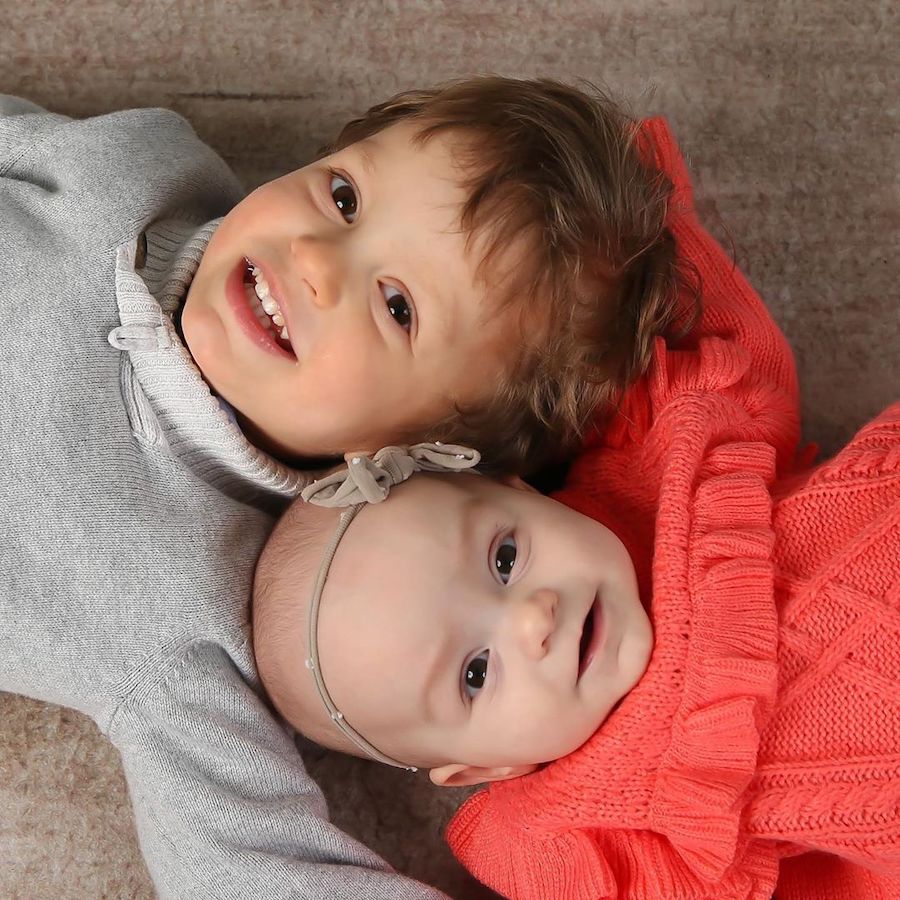 I put this one last, but not because it’s the least important. As proven by my change of heart with wanting two kids and then three, things change, opinions change, circumstances change, everything changes.

We don’t have to make this decision immediately, so instead, we’re having an ongoing conversation around the topic. Eventually, we’ll have to decide one way or the other, but for now, we’re both agreeing to keep an open mind and give it some time.

Read More: 5 Things I Never Expected About Motherhood and Marriage