I was one of the new moms wholeheartedly uninterested in sex well past seven months postpartum. The very thought of it made me angry and recoil. I didn’t understand if those feelings were normal or not. On top of my issues with sex, I was struggling with postpartum depression (PPD) and had to be prescribed medication. This affected my libido and my relationship to the point where co-parenting with my child’s father became my reality for a period of time.

When I first began taking my PPD medication, it seemed to erase any trace of my libido. If I thought I wasn’t interested in being sexually active before, the way I felt as my body adjusted to medication seemed to say, “That’s all, folks!”

I had conflicting feelings about it—how it was possible to be uninterested in sex yet be upset that I didn’t feel anything. All I can say is that postpartum hormones can take us on a wild ride, am I right?

Things reached a boiling point when my immediate family sensed the tension between me and my partner during Thanksgiving. It’s not that they weren’t aware we weren’t on the greatest of terms, but the tension was deafening. By the time Christmas rolled around, I knew I was tired of allowing my PPD and low libido affect the way I treated the person I love. Not only that, but I was also tired of carrying around so much pent-up tension and frustration.

Time for a Medication Dosage Change

This led to a breakthrough conversation with my therapist and a suggestion to have my dosage changed. The ultimate goal was for me to have a sense of balance and be able to cope with the changes in my life. So a different medication dosage was prescribed and I began to faithfully take my pills daily. Every morning before work, I would eat a nice breakfast and tell myself the medication was going to help. By the third week, I noticed I was beginning to slowly become interested in my partner again.

The reality is that my libido didn’t magically come back, even after a dosage change. When it didn’t, I decided to take things into my own hands by suggesting spontaneous sex. Nothing catches your partner off guard like blurting out, “I think we should have sex now” while they’re playing Call of Duty. My timing may not have been the greatest, but I wasn’t interested in perfection.

Nothing catches your partner off guard like blurting out, ‘I think we should have sex now’ while they’re playing Call of Duty.

Sparks didn’t immediately fly after the first spontaneous occurrence, but I wasn’t giving up this time. Another therapy session helped me realize my initial low libido was the result of trying to have sex before my body was ready. The first time I tried to have sex after being cleared at six weeks resulted in searing pain and bleeding for a couple of days. Once I was able to establish with my partner that we needed to take things slow and get past my own fear, spontaneous sex became fun. 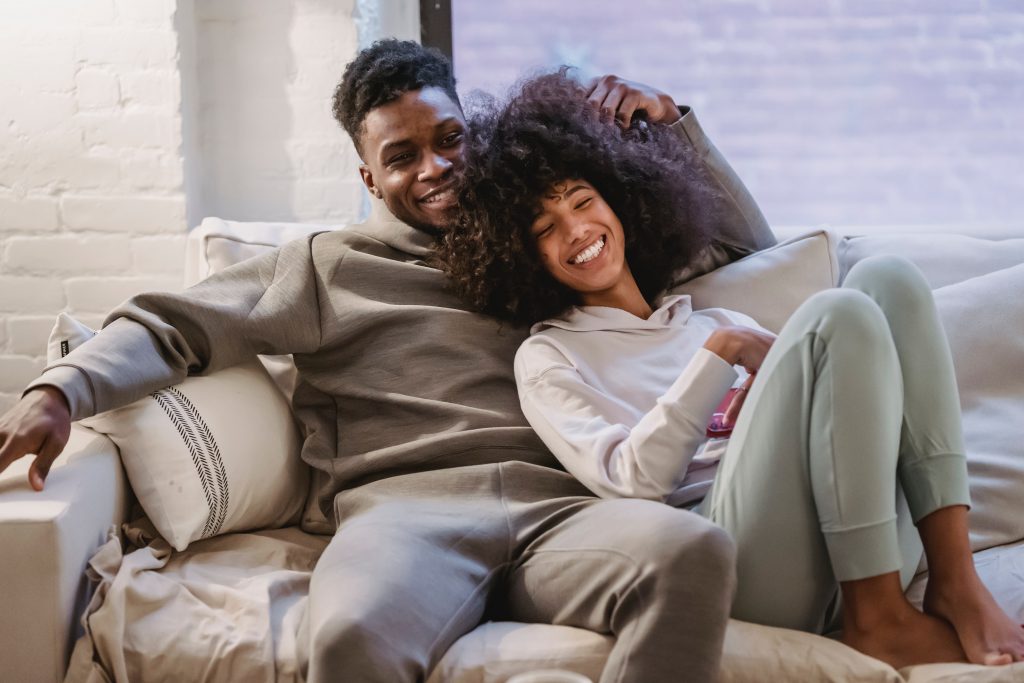 After a few bouts of this, we agreed to make a goal surrounding sex. I know, I know, isn’t the fun of “spontaneous” sex that it isn’t scheduled? Hear me out. Sex still occurred randomly, but we agreed that it had to happen at least twice per month. It didn’t matter who initiated things, but it did matter if it occurred. The more this happened, the more I found myself fully anticipating sex during the week.

At the same time, my medication seemed to be working wonders as well. I began feeling like myself again and didn’t feel as tense or anxious. I didn’t know how well a dosage change and spontaneous sex would help my libido, but I’ve been pleasantly surprised. If anyone would have suggested this to me at the beginning of postpartum, I wouldn’t have been receptive. I’m sure someone has given you unsolicited advice about what you should or shouldn’t do during postpartum that made you wonder why they bothered saying anything at all.

However, I’m in a much more receptive place and sex has become a regular occurrence in my household again. Does this mean spontaneous sex no longer happens? Not at all. In fact, the frequency of it seems to have quadrupled, and I’m having so much fun.

This experience has shown me that no two women or partnerships are alike, and we shouldn’t expect our interest in sex to look like anyone else’s. No matter where you are in your journey, you don’t have to feel guilty about how you feel. If you are ready for sex at six weeks postpartum, that’s great! Simultaneously, if you’re apprehensive about sex during postpartum, that’s totally fine too. Whatever you feel most comfortable with does matter, and maybe you’ll find, like me, that what comes next is better than anything you could have imagined.