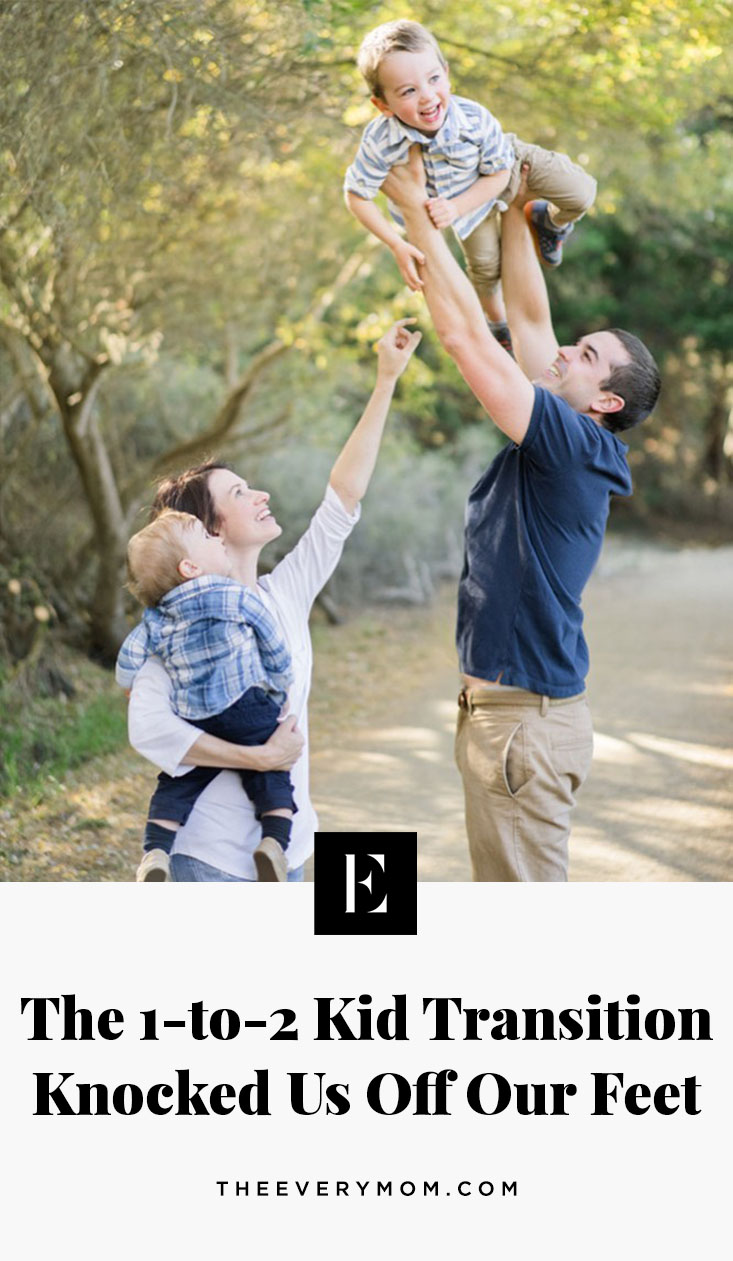 Everyone pumps you up for your first baby. There is lots of excitement and endless advice and tips and tricks from the moment you share the happy news throughout those first few months and beyond.

So while you can’t truly know what it’s like until that newborn is in your arms, you are at least mildly prepared for the change. At least you know an upheaval, however joyous it may be, is on its way.

No one really talks about the upheaval with your second baby though, leading to a kind of chaos that isn’t prepared for. That’s what happened to my family and me; we had no idea how rough it was going to be.

With that first precious baby, people are knocking down your doors to help (calls, cards, gifts, meals, the works). The second time around, it’s just assumed (or expected?) that you know what you’re doing – that everything is, more or less, smooth sailing. But because you haven’t given birth to a carbon copy of your first baby, things aren’t easy just because you’ve done it once before.

One baby doesn’t make you an expert … or not exhausted.

No one really talks about the upheaval with your second baby though, leading to a kind of chaos that isn’t prepared for.

We welcomed a second baby into our family 19 months after our first, so without a doubt, two under two proved to have some unique challenges. But no matter what the age difference is between your two children, there are challenges that’ll you’ll face – some expected, but many more that aren’t.

We knew it’d be hard, but the transition from family of three to family of four proved to be harder than we could have ever imagined. I don’t say this to intentionally scare anybody, but just to call the situation what it was. I promise it gets better. It’s gotten a lot better. It just took time. 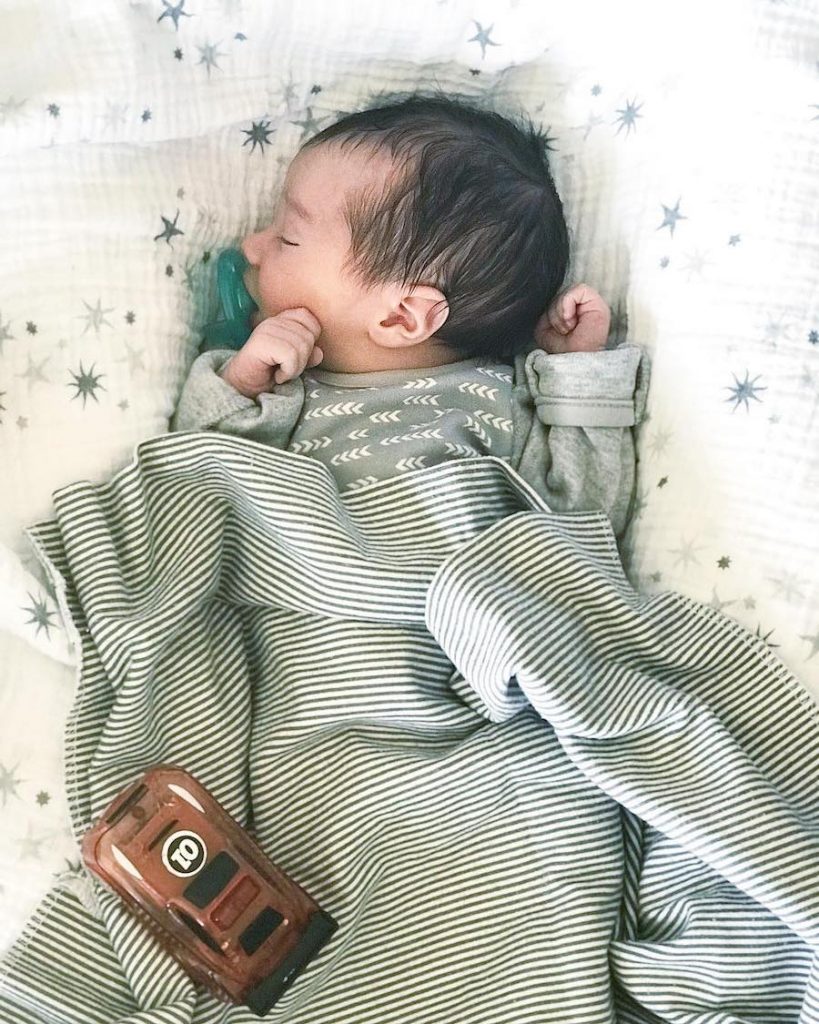 I was due with my second baby boy on Thanksgiving Day, and unlike my first pregnancy where I relished all nine months, I was ready and eager for this babe to make his entrance into the world. Being pregnant second time around was utterly exhausting and having a giant belly was not conducive to playing with my active toddler.

As we packed up the Thanksgiving leftovers, I began to feel the contractions and only a few hours later, Otis was born. We brought him home from the hospital a couple of days later, and I remember standing in the kitchen, holding him in my arms, as Bode, our firstborn, ate his lunch. A new baby had joined our family, but life still went on. Bode still needed to eat, sleep, and have his diapers changed. We got Otis settled into the Dock-A-Tot, Bode hopped out of his highchair and placed some of his toy cars in there with him, and we continued on.

One baby doesn’t make you an expert … or not exhausted.

Of course, life wasn’t the same though. My husband and I were extra exhausted, I was wearing nursing tanks 24/7 once again, and we were saying “gentle, gentle” hundreds of times a day to our curious and overly cuddly toddler. My mom moved in for a few weeks, and she was essential in helping us begin the adjustment, especially for Bode.

Six weeks later though, my mom returned to her home, and I was alone taking care of these two little boys all day long. I remember being worried about how I’d manage and rightly so – it was pure survival at that point. We live across the country from our family and most friends, so we were tackling the one-to-two kid transition primarily on our own.

We were “in it” as people say, and we weren’t coming out anytime soon. 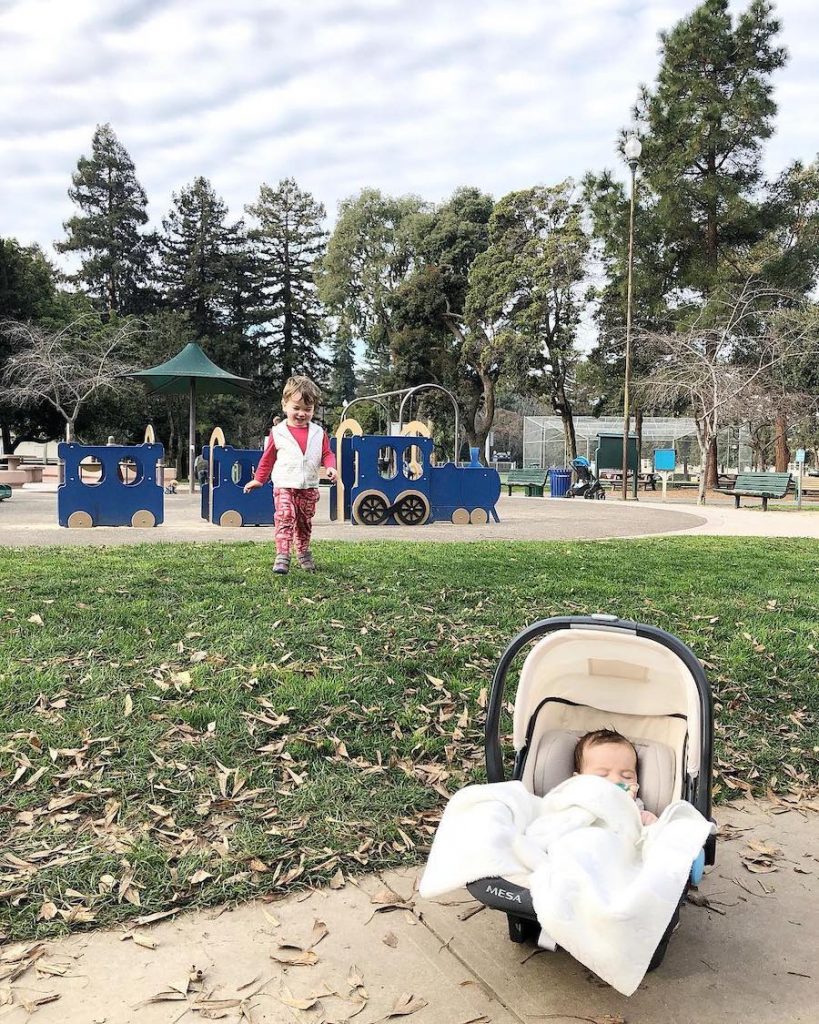 I kept thinking that by the time the fourth trimester passed, we’d be in the clear, we’d have the swing of it all, but it took us much longer than that. It would be several more months before I felt I was able to take a deep breath and release it.

Instead, we were too busy still trying to just survive, trying to get the hang of life with two little kids. We were finding that everything had become harder, and there was now more of everything. More laundry, more food, more milk, more toys. More car seats, strollers and baby carriers, more clothes and blankets. We were swimming in it all. Clutter doesn’t make for a calm mama, and during this season of our lives, I yearned for some semblance of calm and order. It wasn’t often found.

And leaving the house wasn’t exactly a breeze either.

Errands were just a mess. I found a system that kind of worked (Otis in our Baby Bjorn carrier, Bode in the cart), but we still had to be quick. Toddlers and newborns lose patience quite quickly, and I usually found myself grabbing needed items as fast as I could, no longer checking prices or options, making the whole outing far from feeling super successful, let alone enjoyable.

Clutter doesn’t make for a calm mama, and during this season of our lives, I yearned for some semblance of calm and order. It wasn’t often found.

Travel became exponentially hard – and with our families on the East Coast and us living in California, travel is a must. We flew across the country twice that first year, and while traveling with one kiddo isn’t exactly a walk on the beach, we soon found traveling with an infant and a young toddler felt similar to getting teeth pulled: dreaded and painful.

Yes, I could have just “gone with the flow” and been more relaxed about it all and not worried about schedules (and my sanity), but that’s not true to who I am as a person or who I am as a mother. Having a second child made me relax about a lot of things, but I still couldn’t be so laissez-faire that naps were skipped or feedings were always out and about. I believe that children need structure and routine, especially during times of transitions, so I strove to create some sort of constant in their lives, especially for my toddler.

Newborns are a bit more flexible; 2-year-olds aren’t, and they shouldn’t have to be. 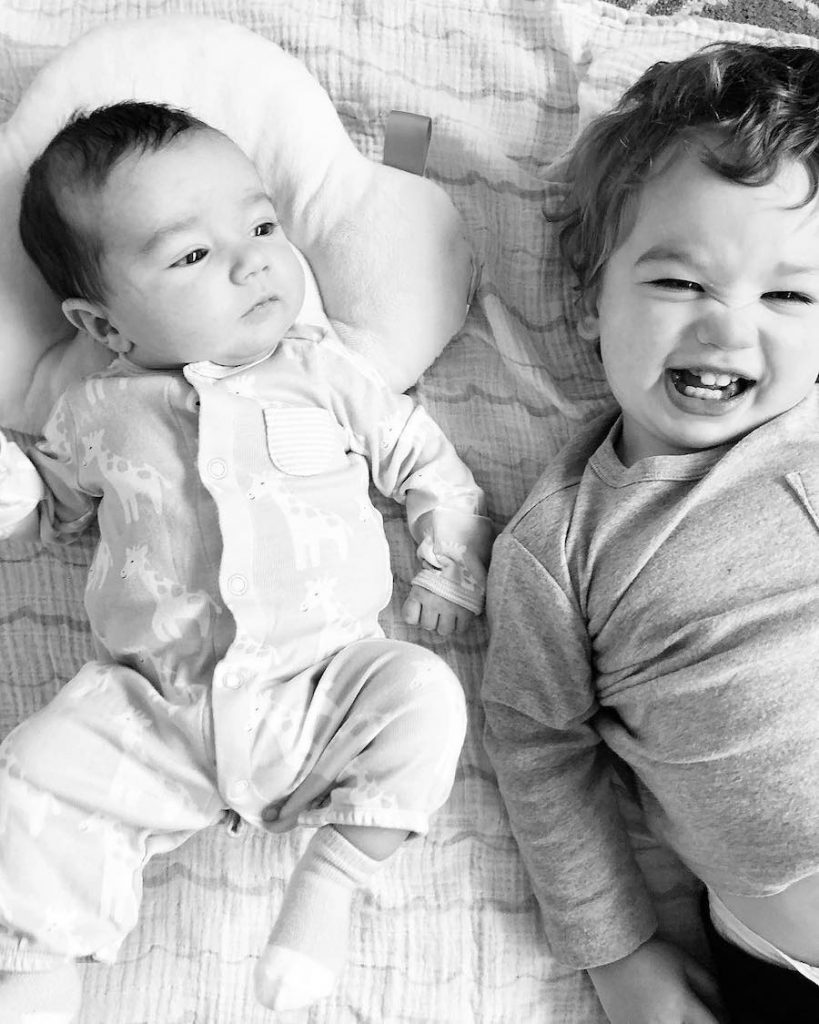 The difficulties weren’t always easy to identify or label either. There were changes happening in our hearts as they expanded to make room for this new beautiful little boy in our lives, but also as we evolved as a family, as Bode became a brother, as my husband and I grew as parents and as partners. It involved a lot of second-guessing decisions, lots of stress, lots of long days and short nights. It was a lot of growth in every sense.

That first year of transitioning to two kids wasn’t all bad by any means though. Just because something is hard doesn’t mean it’s not enjoyable. It doesn’t mean it’s not a special season of your life. I look back now and see chaos and survival, but I also see lots of laughs. Lots of Saturday morning family movies with second cups of coffee. Lots of sushi ordered on Friday nights. I see two parents who were trying to figure it all out and couldn’t always get there but kept trying. I see lots of hugs and tears, both happy and sad.

There were weeks where I didn’t know how we’d keep going, but we did.

And we kept going week after week, month after month, because that’s what you do. Our friends and family, while loving and supportive, couldn’t truly understand since they weren’t living the chaos and stress with us. And so we leaned on each other, just us four. Just as you don’t know how being a parent will really feel like until you hold your newborn in your arms, you can’t understand the dynamics of adding another child to your family until you actually are in it yourself. And considering everyone’s circumstances are unique, it’s impossible to predict.

The transition from one to two children was the hardest year of my life, but also one of the absolute best.

I know we’re not “in the clear.” I’m not naive to think that just because our boys are getting older, parenthood suddenly gets easier. Just when I started to breathe easier last fall, and really feel like I was in a smooth place, Bode started preschool, and we were sick as a family for months.

But life continues on, the good and the bad. I’m more willing and ready to ride the waves; to embrace, enjoy, and treasure the peaks; and to have faith that the valleys will pass. Isn’t that part of the joy of parenthood?

Everything is a season, nothing is static. It makes you appreciate it all that much more.

@theeverymom / #sharetheeverymom
Our budget-friendly fall capsule in action! Our co