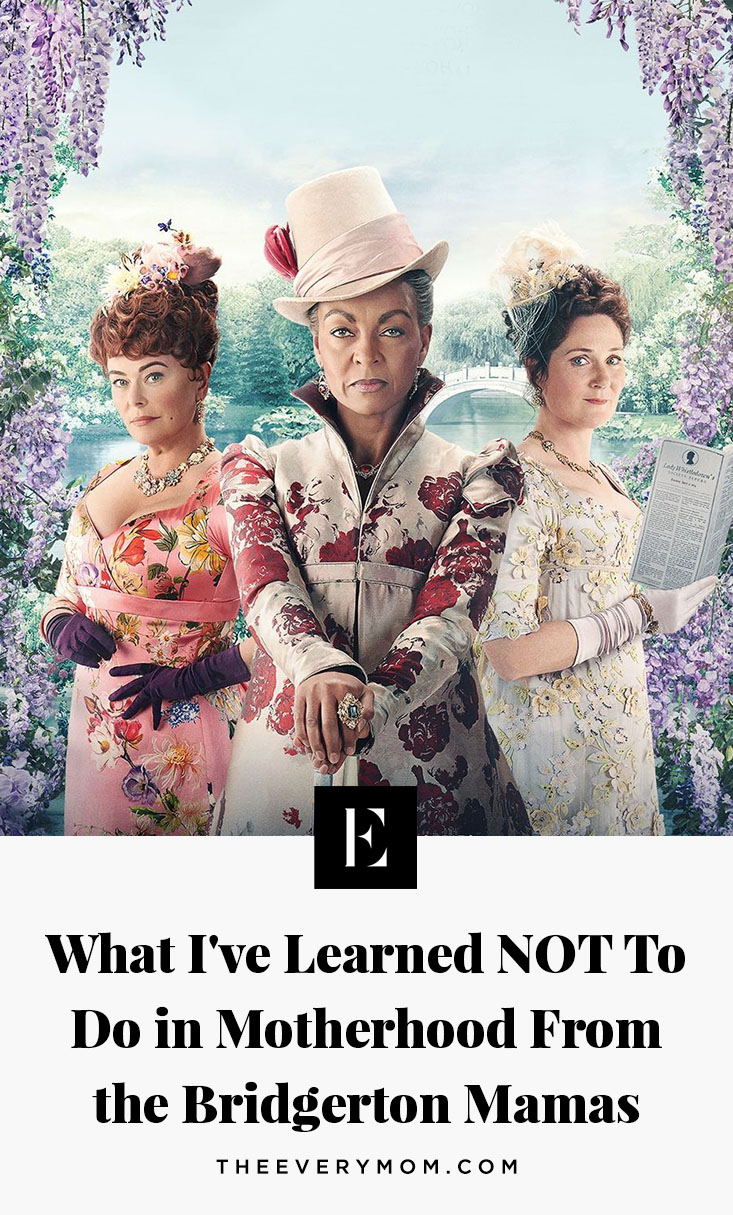 Editor’s Note: Though we haven’t included any major spoilers of Bridgerton (the reveal of Lady Whistledown or the will-they-or-won’t-they between Simon and Daphne), for those who haven’t watched, there are some minor spoilers ahead!

My friend called me up and told me two things that immediately sold me on Bridgerton: 1) it’s Gossip Girl meets Jane Austen, and 2) Julie Andrews is Gossip Girl. Then, she added the icing on top: there were hot sex scenes. I promptly sat down over the holidays and finished the show in two sittings.

While there were many things I loved about the show (the Duke of Hastings being among them), there were several things that I took note of as a reminder of what not do in life, let alone when it comes to mothering. While I love the gowns and the updos, I’m very happy to be living in the 21st century where we’ve come so much farther (yet not all the way) in worrying about how the rest of society views us. Dear readers, here are a few of my observations on parenthood from the mamas in Bridgerton. 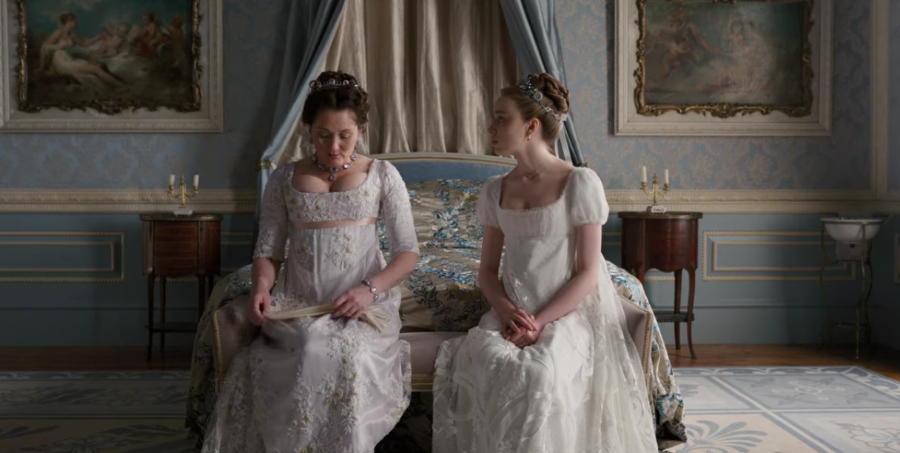 My best friend and I sat and dissected the complete lack of sex education in this time period and then started reminiscing about our own experiences in school, with parents and with our friends. It made me realize that even our generation had a huge gap in understanding. While it definitely was not as bad as Lady Bridgerton’s “introduction” (LOL) to sex, there are things that were very confusing until my mid-20s, and things I still have to surreptitiously Google while nodding my head in the conversation. And I consider myself super sex positive! Imagine a world where that’s not even a thing.

We do a real disservice to our children the more we … use euphemisms instead of real language around how it works. We want each generation to do better than us, not worse.

Listen, I’m not sure there is a parent in the world who is desperate to have the sex talk with their children. But we do a real disservice to our children the more we avoid this subject or use euphemisms instead of real language around how it works. We want each generation to do better than us, not worse.

When it came to sex, I know I was definitely more empowered than my mother’s generation in some ways and less empowered in others. I want to build that up for our kids. I want to teach them about consent and help them know their feelings about sex are natural and normal. Period. Hopefully, that helps them skip some of the shame and stigma that came with puberty when we were growing up.

2. From Lady Featherington: Remember your kids are individuals 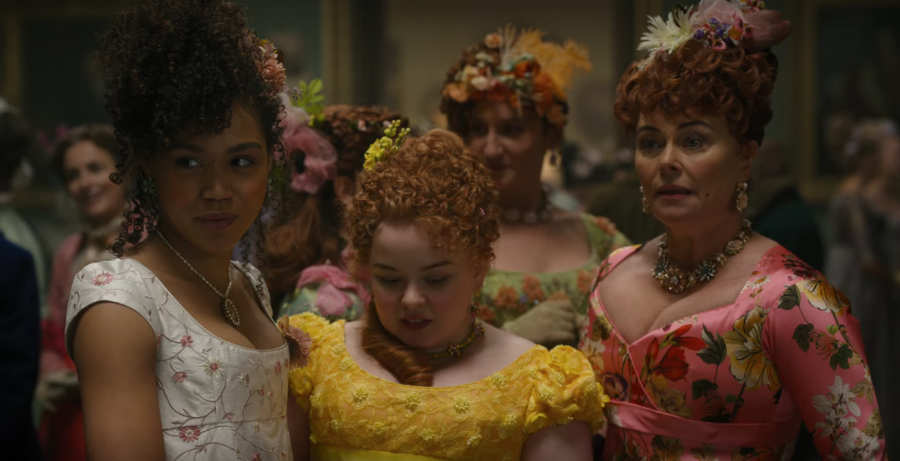 Ok, I’ll admit I loved Lady Featherington to some degree; her use of color and her interest in fashion. However, I was less than thrilled about her treatment of Marina and her own daughter, Penelope. She seemed a helpful mother to the older two sisters: they liked the clothes and seemed interested in being married off. But whenever Penelope tried to take a step back and wait alongside Eloise for her debut, though, Lady Featherington ignored her wishes.

Imagine, if she’d been heard by her mother and pulled out of that world in the first place, like she’d asked.

It was a stark example of why you should stop pushing your kids to be extensions of you and actually sit down and listen to them, lest they rebel (as Penny does). Imagine, if she’d been heard by her mother and pulled out of that world in the first place, as she’d asked.

3. From Lady Danbury: Be your child’s advocate 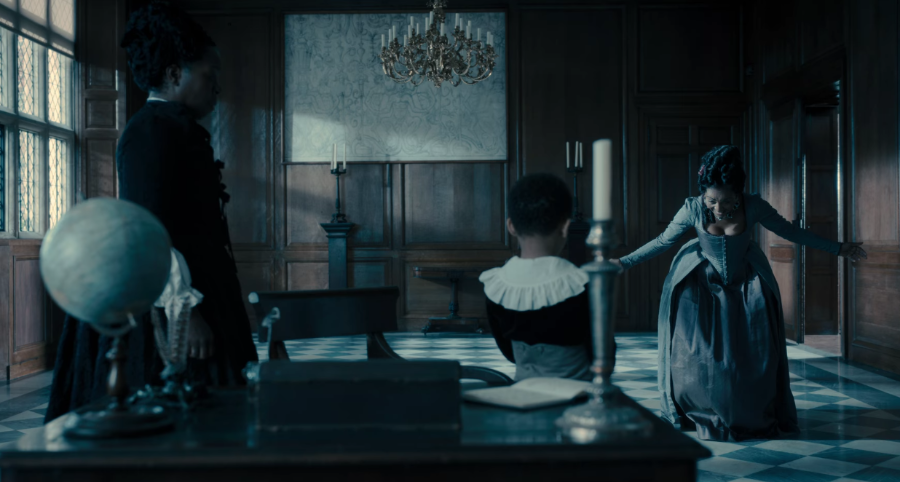 OK, this one is technically something I learned from Simon’s dad (the awful original Duke Hastings). Essentially throwing his child away at birth was a huge misstep. I mean it helps that I don’t plan on only bearing sons to carry on my vast family fortune (I’d give my fortunes to my daughters, anyway).

The main thing I learned from Lady Danbury, though, is to intervene way sooner. If you suspect your kid might be struggling, get in there, friends! I’m not saying solve things for them, but help them learn to advocate for themselves, support those endeavors, and love them along the way. And always, always give them a hug.

I suppose we can thank Simon’s awful father for good TV. Without him, Bridgerton would have been way shorter because Simon would have been able to just say that he loved Daphne, marry her right away, and start churning out those babies.

Watching Bridgerton was highly entertaining. The string covers of popular songs were super fun, the fashion was outrageous, and the hijinks were great. There’s a lot of modeling bad behavior, though, so it was fun to look at what not to do, dream of doing better, knowing I can’t do worse.

Read More: Which TV Mom Are You Based on Your Enneagram?