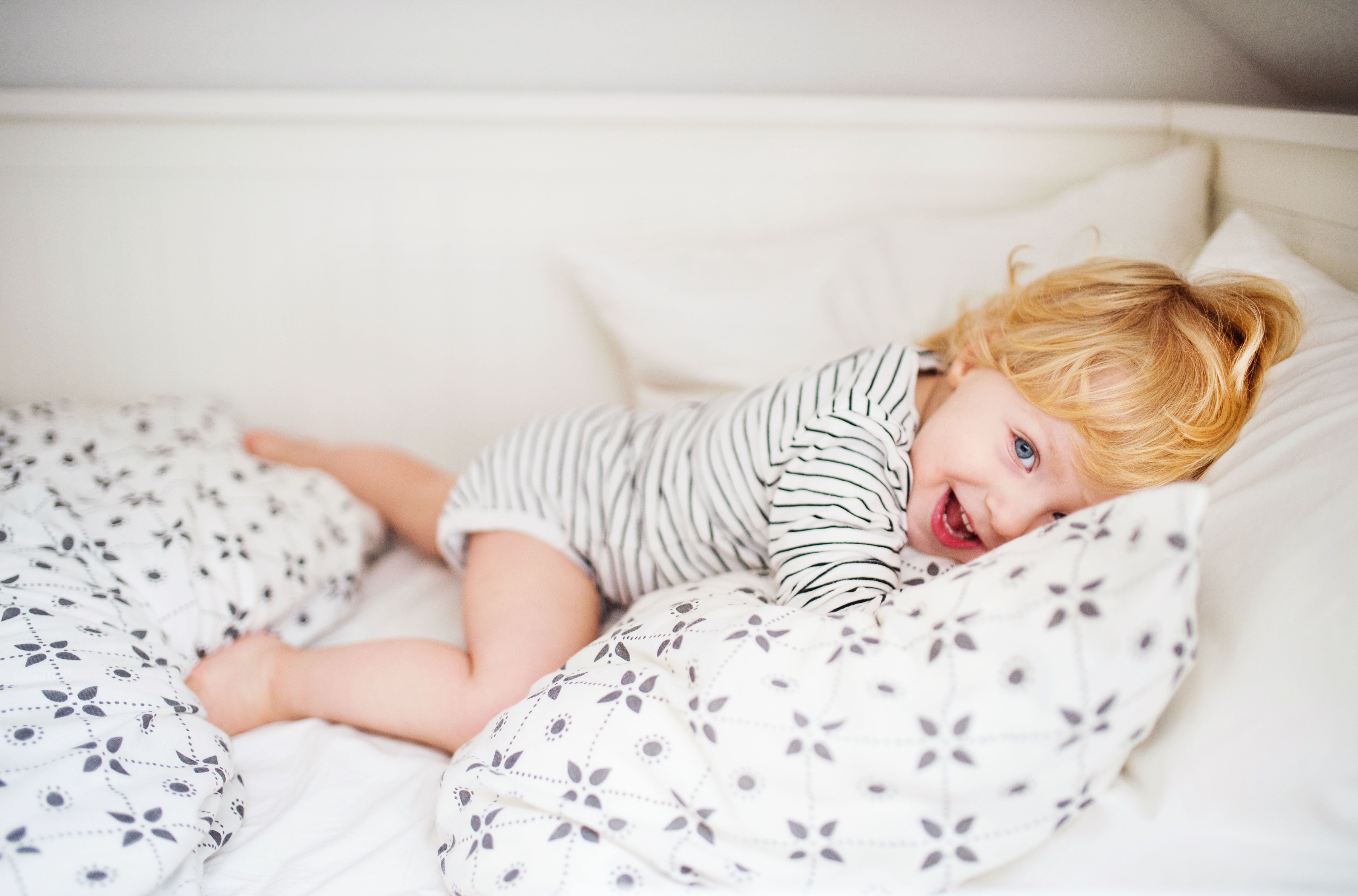 The other day, before the clock even struck 7 a.m., my toddler hit me square in the face. I was curled up on the living room couch—a consolation for trekking downstairs with my early riser—when she swatted me across the cheek. I can hardly remember the context, but rest assured, my almost 3-year-old was angry, likely reacting to some declaration of the word “no.”

I was stunned. But nevertheless, I feigned hurt and rolled over, prioritizing my own rest over embracing a teaching moment. As a singular moment, this slap was not really a big deal. But make it a habit and involve other kids and the experience snowballs into something else entirely. Especially where daycares and preschools are concerned, hitting and biting is a very big deal, so it’s wise to nip aggression in the bud.

So, what can parents do to curb this behavior in their kids? I reached out to two parenting experts for advice.

Dr. Emily W. King, a licensed psychologist in Raleigh, North Carolina, explained that while a parent’s response depends on the child’s age and level of understanding, one thing’s for sure: Simple language is best. “For young children, keep language very simple, such as a calm, ‘no biting,’ and then redirect the child away from the situation to separate them from the child they have bitten,” she said. “I also recommend more often telling a child what to do with their hands, such as ‘gentle touches’, to help them practice how their body feels in certain situations.”

Dr. King encouraged parents to see their child’s behavior as a way of communicating by asking yourself what the message is at the root of your little one’s hitting or biting. She explained that young children don’t always have words to express their feelings and may turn to “physical communication” in a pinch. To survive this stage with the least amount of damage, Dr. King recommended monitoring young children closely and jumping in to coach them when needed.

Rarely does a child want to hurt anyone else out of maliciousness, but does so more as a strategy to meet [their] needs.

Leslie Priscilla, a parenting coach and founder of Latinx Parenting, encouraged readers to reframe the way they see aggressive behaviors. “Rarely does a child want to hurt anyone else out of maliciousness but does so more as a strategy to meet [their] needs,” she said. 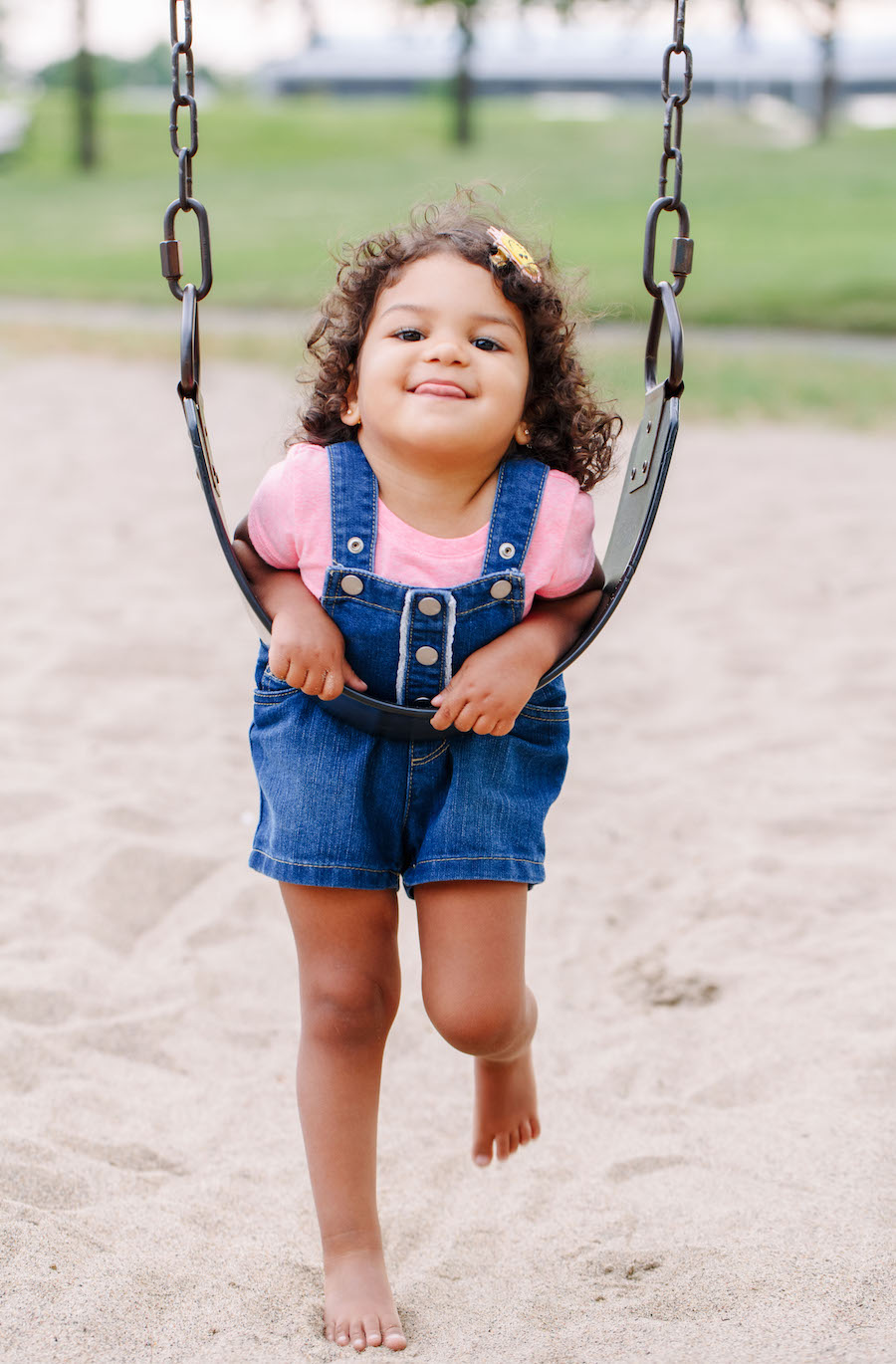 An empty apology is meaningless. Make an “I’m sorry” mean something more by coaching the child in the wrong to check in with those they’ve hurt. “Don’t just teach an empty, ‘I’m sorry,’” said Dr. King. “Encourage the reason behind it: I got mad, lost control, and now I need to check to make sure my friend is OK.”

Focus on the Behavior, Not the Child

Teach kids that our mistakes don’t define us by putting the focus on their behavior and not their character. “Always talk about behavior in the context of their body’s response and not the child’s response,” said Dr. King. “For instance, ‘You felt mad so your teeth wanted to bite! Let’s squeeze this instead when you feel mad’ feels supportive and helpful to child, while ‘Don’t bite your friends. That’s not nice’ can leave a child feeling they are not nice.”

Priscilla added, “If we are able to handle these situations with calmness and a bird’s-eye-view of what needs to happen and what needs to be modeled and learned by the child, it is much more likely that they will not feel shame about themselves as little people navigating these big feelings.”

Make it a Teaching Moment

Priscilla encouraged parents to use these moments for learning and growth. She suggested modeling the repair process by saying something like, “You seemed really upset when you did that. I’m sorry you felt that in your body. Do you see your friend there crying? I think that must have really hurt them. How do you think they are feeling? I’m wondering what you think we can do to help them feel better.”

But before you jump in to smooth things over, it’s important to read the room. There’s no point in starting a meaningful discussion when emotions are running high. Instead, Priscilla recommended tending to the hurt child first, and then, when everyone’s calm, revisiting the moment in question.

“We always want to revisit the situation once the initial storm has passed with both children because in addition to modeling empathy, we also want to plan to prevent those experiences however much we can,” Priscilla said. 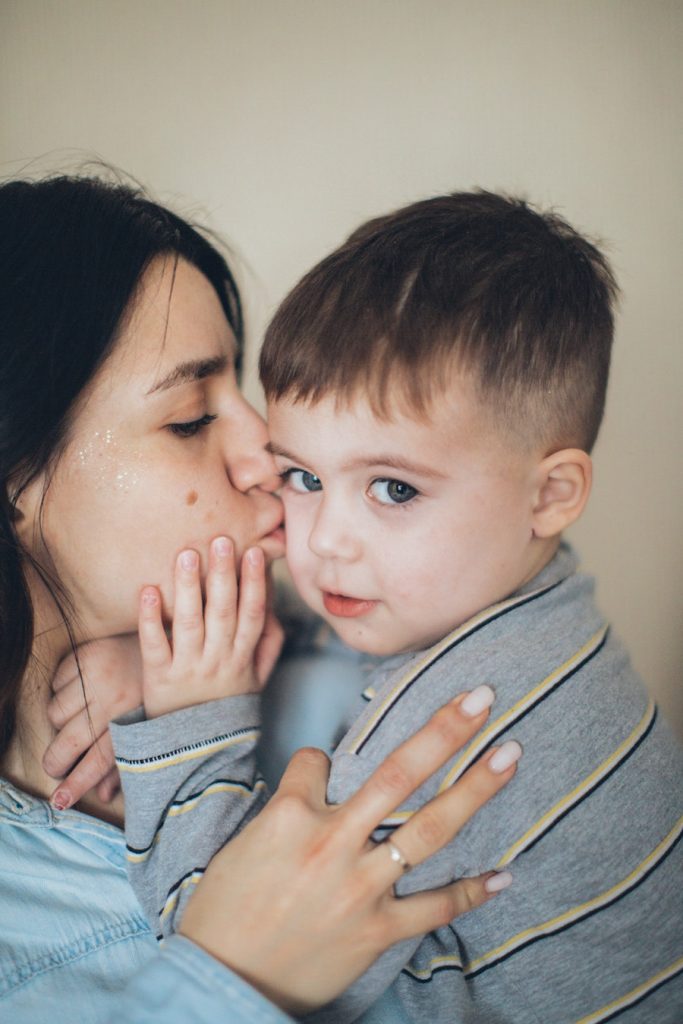 Priscilla reminded parents that these moments of aggression are inevitable as our children grow. But instead of muscling through them and finding relief on the other side, she suggested harnessing all the learning power they can provide. “We can help children learn what to do in those situations as they develop and grow more independent socially,” she said. “We can ask them open-minded questions with curiosity to revisit what happened and to genuinely learn if they are feeling resolved.”

@theeverymom / #sharetheeverymom
Freddy Krueger has nothing on these core childhood