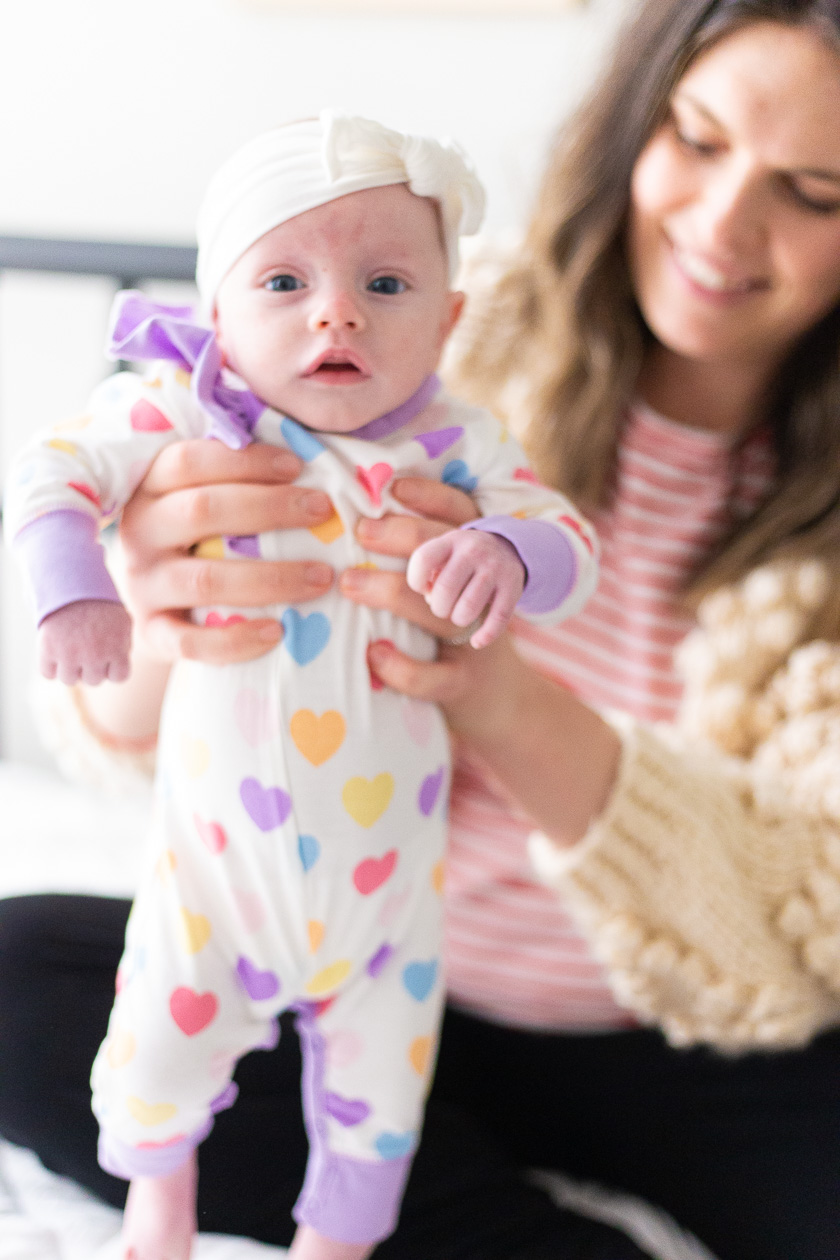 Ever since I was a teenager, I’ve thought about being a mom. Being a mom was the one thing I felt would come naturally for me. As I got older and closer to having a baby, I thought about the experience and how I wanted to do everything, especially when it came to feeding my baby — I knew I wanted to breastfeed exclusively. It’s considered a natural part of the process, and is supposed to be so good for your baby. I’d heard that it also helps build a strong bond between you and your child. I thought, how hard could it really be those first three months before going back to work?

Right after Claire was born, I was lucky enough to have my milk come in while we were still in the hospital. She had a good latch from the very beginning and I didn’t require much assistance from the lactation experts. I felt very confident leaving the hospital and was happy it was working for us so far. Those first few days at home, I had my mom’s help and assurance, which continued to build my certainty that this was the right path for Claire and I. I was feeding her every two hours, and she seemed to be satisfied after each session. I felt like it was going great!

Then, she woke up from that newborn phase. It’s almost as if she realized she wasn’t in the womb anymore and she was pissed. She became more alert and more hungry.

Then, she woke up from that newborn phase. It’s almost as if she realized she wasn’t in the womb anymore and she was pissed. She became more alert and more hungry.

Now, three weeks after she was born, she seemed like the most unhappy baby. During this time, my partner and I tried everything to calm her down and stop her screaming, but nothing worked. We assumed she had colic and were afraid when we heard that it could last until four months of age. I thought I was going to lose my mind.

The lack of sleep and frustration made me depressed, and I felt like I was breaking into pieces. I had no idea what I was doing wrong. Claire was eating regularly, often more frequently than every two hours, so I was feeding her around the clock. I also started pumping so that I could sleep and my husband could help feed her. I was at a total loss, and I hoped to get some advice at her one-month doctor’s visit.

After her weigh-in and measurements at that appointment, we had our answer: Claire had only gained half a pound over two weeks, when she should have gained four times that. She was starving.

The lack of sleep and frustration made me depressed, and I felt like I was breaking into pieces.

I was devastated and, of course, blamed myself. I should have known. I did this to her and made her unhappy. I’m a terrible mother when I was supposed to be great. After two of the most stressful weeks of my life, I broke down in the examination room. Our doctor was very compassionate, explained how this could have happened, and gave us a bunch of formula samples to take home.

I have never felt more like a failure in my life. I couldn’t do the most basic and natural thing there is to motherhood, I thought. I couldn’t feed my baby properly after women have been doing it for thousands of years. What’s wrong with me? I was failing at motherhood already, after being so confident it would come so naturally to me.

If this is a feeling you can relate to, I’m here to tell you that you have to let go of those feelings of failure and self-doubt. Is breastfeeding a wonderful option? Yes. Is it the better option? Maybe. But, your baby doesn’t care if she’s breast milk or formula – all she wants is a full belly. This is ultimately the most important part of the equation, regardless of which method you choose.

What I learned is that mothers shouldn’t let outside opinions make us feel like we, and our parenting choices, are not enough. As long as my baby is fed and satisfied, it doesn’t matter which feeding option I choose. Exclusively breastfed, breast and pumped milk, both breast milk and formula, or formula only – it doesn’t matter. Do what works for you, and don’t entertain those mommy shaming discussions for another moment.

Your baby doesn’t care if she’s breast milk or formula – all she wants is a full belly. This is ultimately the most important part of the equation, regardless of which method you choose.

Claire is now a chatty, smiley, thriving baby who is exclusively formula-fed. I could have supplemented formula while still breastfeeding, but I felt that choice would have been more self-serving for me than beneficial for her. I’m still not sure why my breast milk didn’t work well for us, but I’ve now gotten over the guilt. All I want is for my baby to be happy and growing, as that’s most important.

Making the decision to say goodbye to breastfeeding has made me stronger and has rebuilt my confidence in being a mom. I’m certainly not perfect, but I will always put my baby first and do what’s right for her. To me, that is the type of mother I was confident I would be all of those years ago.