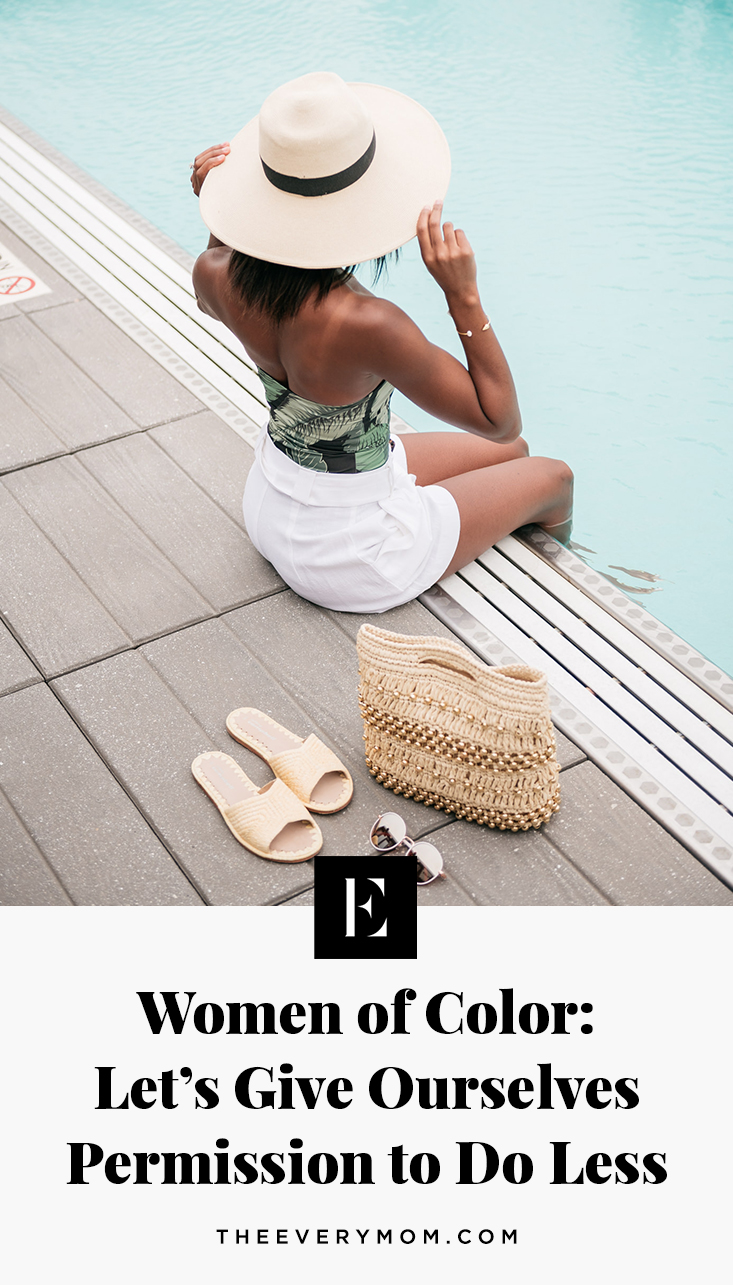 The most profound thing my therapist ever taught me was not a lesson she taught. It was a question she asked: why do you feel like you have to do it all, right now? She sat across from me in her dimly-lit office, legs crossed at the ankles, calmly sipping tea from her blue patterned mug and asked again, another way: why the urgency? I paused. Took a moment to imagine myself not urgent. She had only known me a few weeks then, but she already knew me as a person who lives in totality, despite the costs of living such a lifestyle. She recognized me as a person who wants to be her whole self. Explore all her passions. Share all her gifts—even at the expense of well-being. It wasn’t until that day that I stopped and asked myself, why the urgency? Why was I pushing myself to achieve more, climb higher, and work harder than anyone ever asked or expected me to?

The answer, for me, lies in my identity as a Black woman.

When I was young, I remember being told that I would always have to work twice as hard for half as much. Being told that education was mandatory, but even that wouldn’t be enough. Being disappointed in myself for getting one B on my report card, one time. Still being told, later, that my success was a gift of my race and not a result of my life’s hard work. Those lines spoken then manifested later in anxiety and imposter syndrome. I developed an intolerance for average. An insistence on exactness. A relentless pursuit for perfection that landed me here, now, watching my therapist sip her tea and marvel at my mayhem.

After the session, I did some deep soul-searching and realized my urgency was coming from a sense of perfectionism that wasn’t my own; it was a result of the world as seen and experienced by a Black woman for whom nothing came without a fight. Once I realized that I also realized I no longer wanted to live that way. I wanted to ditch the urgency and find balance. Shed the burden of fear, inferiority, anxiety; replace it with self-care, self-love, self-worth. But how?

If, like me, you are a Black woman or Woman of Color who finds herself overwhelmed, off-balance, and/or consistently doing too much: keep reading as I share my story. For me, finding balance came as a result of some shifts in mindset, attitude, and priorities.

I began demanding less of myself, and more of other people.

At some point, I realized that while I was placing exceptionally high expectations on myself, my expectations of others—especially regarding how I allowed them to treat me—were exceedingly low. To flip that around, I began by acknowledging my worth. I was dealing with a wicked case of imposter syndrome, which caused me to credit my every accomplishment to luck, circumstance, or both. When I had writing published, I assumed it was because the publication was desperate. When that published writing was later awarded, I assumed someone only did it as a favor to me. When I was accepted to a Ph.D. program, I figured it was because of who I knew; not my own merit. The list goes on and on. Shifting this mindset caused me to consider each of my accomplishments individually. To celebrate those accomplishments. And then, to let myself off the hook of my own high expectations.

After acknowledging my worth, the next step was demanding that others did the same. I began to take notice of the people who were always quick to put me down. Those who tended to ask clarifying questions about how I accomplished what I accomplished, instead of first celebrating my accomplishment. These were the same people who would joke about earning something without even trying, knowing that I actually worked hard and tried (unsuccessfully) to earn that same thing. I started speaking up for myself when these things happened. I started demanding respect. And if/when these people still refused to acknowledge my worth, I walked away.

I confronted the problematic nature of my role at work.

If like me, you’ve been the first “diverse” hire at an organization, you’re probably already aware that there’s a lot of pressure. And this pressure is emphasized when People of Color are hired into leadership positions, especially by organizations specifically looking to make a diversity hire and/or show their “commitment” to diversity, equity, and inclusion. As described in Nonprofit Quarterly, when white leaders are hired into an organization, they are encouraged to “fail forward,” using failure as a tool to learn and grow. However, this isn’t the case for Black leaders. When we fail, we’re only proving to those who hired us that we were not a good “fit” for the organization. We’re also giving them the excuse to say, “well, we tried to hire a diverse leader, but it didn’t work.” The pressure that Black workers and leaders endure from their staff, boards, etc. to “get it right” comes from the knowledge that a steep learning curve or even a minor mistake could cost not only your job but could also mean that other Black people won’t be considered for that job (or similar jobs) in the future.

For me, the first step in combating this issue was recognizing that it existed in the first place. And by existed, I mean this wasn’t just me overreacting or making something out of nothing. This was a systemic issue rooted in bias and prejudice. After I educated myself, I helped to educate others. From there, I began to point out microaggressions in the workplace, and advocate for myself when I wasn’t given the same grace as others. I knew this would be scary—and risky—but without speaking up for myself in this way, I feared I would never have the positive workplace experience I deserved.

I ditched the perfectionism for self-care.

In the workplace, Black people and People of Color often feel pressure to be perfect. I used to believe that even asking for help would be proof to everyone that I did not belong. Whenever I felt the urge to express vulnerability, I forced myself to maintain a cool demeanor (ironically, the same cool demeanor that often made my coworkers and employers refer to me as “unlikeable”). Little did I know, the ridiculously high standards I was placing on myself were a result of a harmful white supremacy culture that I had fallen victim to. As far as I could tell, advocating for oneself and/or taking care of oneself were behaviors reserved for those with privilege. I watched in awe as my coworkers talked back to the boss in meetings and showed up late for work without apology; meanwhile, I was always on time and submissive, yet still, the first one demoted, laid off, fired.

Instead of focusing on being “perfect,” I began to congratulate myself for working hard; for accomplishing tasks; for staying positive. Truthfully, it is still hard for me to ask for help in the workplace. My hope is that the more I am accepted, the more vulnerable I will be able to be in these spaces.

I focused more on life and less on work.

Something I had to come to terms with was the fact that for me, work-life would always come with added challenges as a result of race, and race alone. No matter how satisfied I might be in a workplace, the fact remains that I have never worked anywhere where I was not stereotyped, dismissed, rejected, humiliated, undermined, etc. in ways that my white counterparts were not. Once I accepted this harsh reality, I made a radical decision: I would value rest over being busy. Our culture brainwashes us into believing that our worth is tied to our productivity. I had to unlearn the harmful belief that I could not rest, relax, or take a day off without compromising everything I’d worked so hard for. Once I shed that negative mindset, I placed energy into being present in all aspects of my life, and not just those deemed worthwhile by American society.

I also embraced self-care and ditched self-neglect. For me, self-care looks like a lot of things. It looks like yoga and meditation. Taking candle-lit bubble baths on Wednesday nights. Blocking negative energy (and people) on social media. Scheduling mental health days. Bingeing Netflix. Bingeing fresh-baked cookies and ice cream. Whatever it takes to remind myself that I am worthy; valued; appreciated. 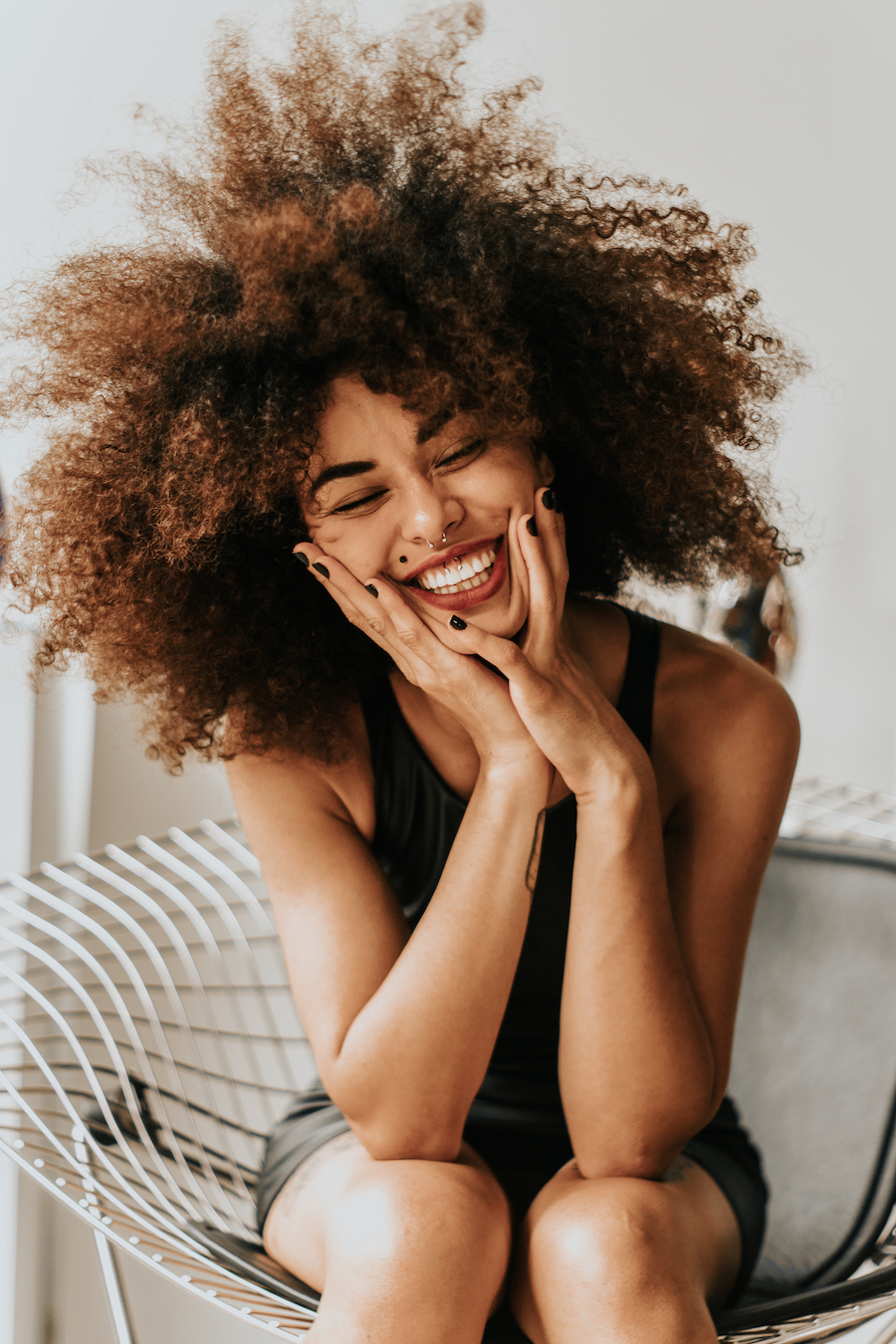 For many Black women and Women of Color, it is not simply a question of finding work-life balance. It is a question of balancing so much more: balancing expectations people have of you with your expectations of yourself; balancing self-hate and self-love; balancing your conception of what you need to accomplish to be successful versus how others are privileged to define success. Finding my balance has been less about sacrifice and more about standards. My new commitment is to myself; not to others. I’ve wasted enough of my energy trying to prove to others that I am good enough. Now, it’s time to convince myself that I’m good enough. That I’m worthy of my job. Worthy of my accomplishments. Worthy of success. Worthy of rest. I am still a work-in-progress, but it feels good these days to move around with a little more balance, and a little less urgency.

This article was originally published on The Everygirl on July 12, 2020.

Read More: What’s It Like to Be a Black Mother in America? These Articles Are a Must Read