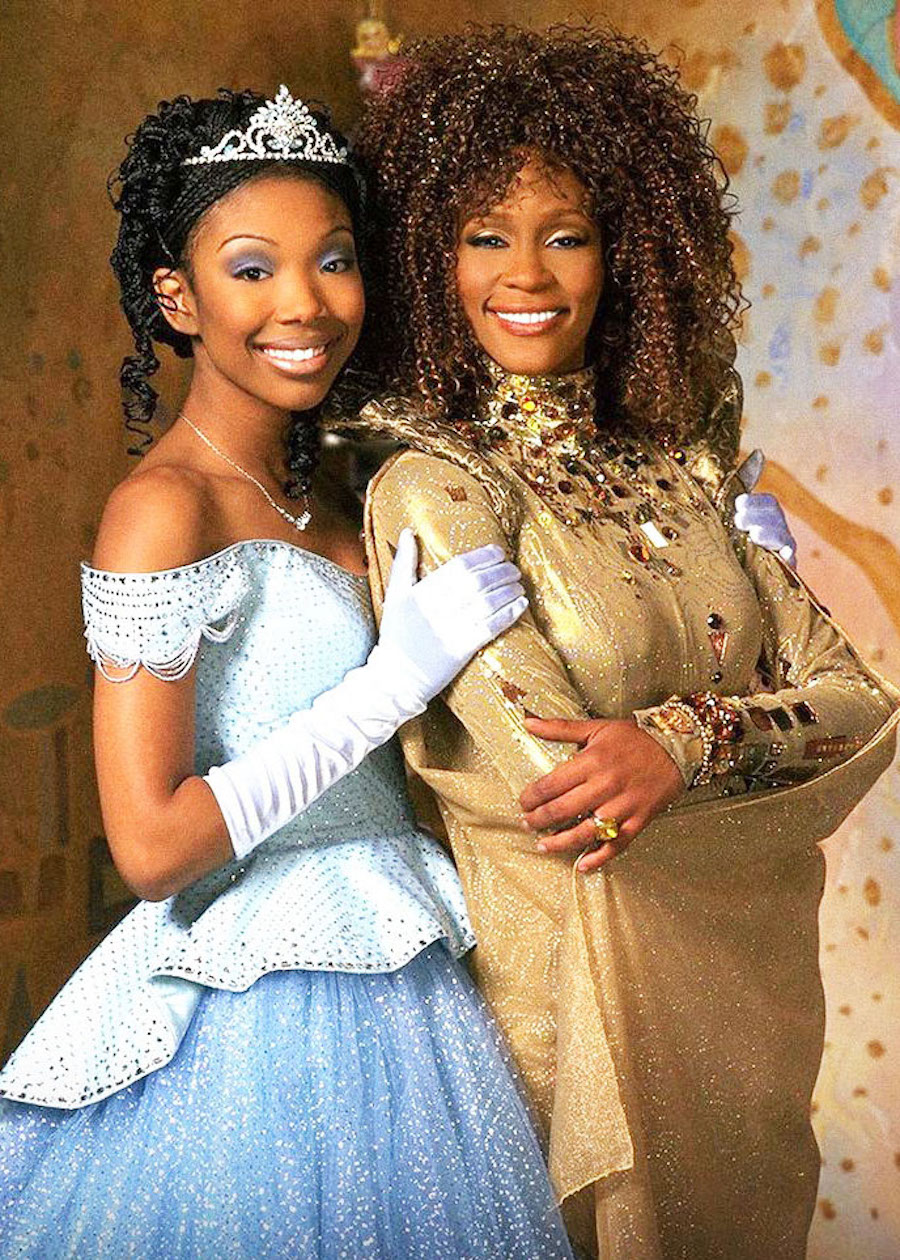 When I found out that Brandy’s Cinderella was finally coming to Disney+ in February 2021, I sang at the top of my lungs, “Impossible things are happening, EVERY DAY!” My husband (and my dog) looked at me in shock and surprise. It turned out he was unfamiliar with the movie, and I immediately set about to change that.

As a child, this movie was magical to me. My sister and I had the soundtrack to The Bodyguard so we’d already learned that we would always love Whitney Houston. We would throw the CD in the player, hoping the scratches didn’t interrupt us belting it out.

So in November of 1997, when Cinderella was to come out, we couldn’t wait to hear Whitney sing about ballgowns and pumpkins (topics we understood better). I had also started watching Brandy in Moesha the year before. As a South Asian American, I didn’t have role models who looked like me. Brandy seemed like just a regular girl, a young Black girl, who was a lot like my BIPOC friends and me.

Brandy seemed like just a regular girl, a young Black girl, who was a lot like me and my BIPOC friends.

Now as an adult, I see more clearly what the magic was really about. While much of it stemmed from Whitney Houston and her role as executive producer (she had much of the artistic control), it ultimately was about feeling seen and heard. Brandy, in true icon fashion, had insisted on keeping her signature braids during the film. As a young person, she admits, she didn’t have an understanding of just how revolutionary that would be. She knew being the first Black Disney princess was certainly momentous, but the braids were just what she liked and knew.

As a kid, to see a Black girl fully as herself was so monumental. And more importantly, when she gets transformed for the ball, the braids stayed with her. In other stories, we have seen Blackness needing to adhere to whiteness to be accepted. Here we were released from that burden. 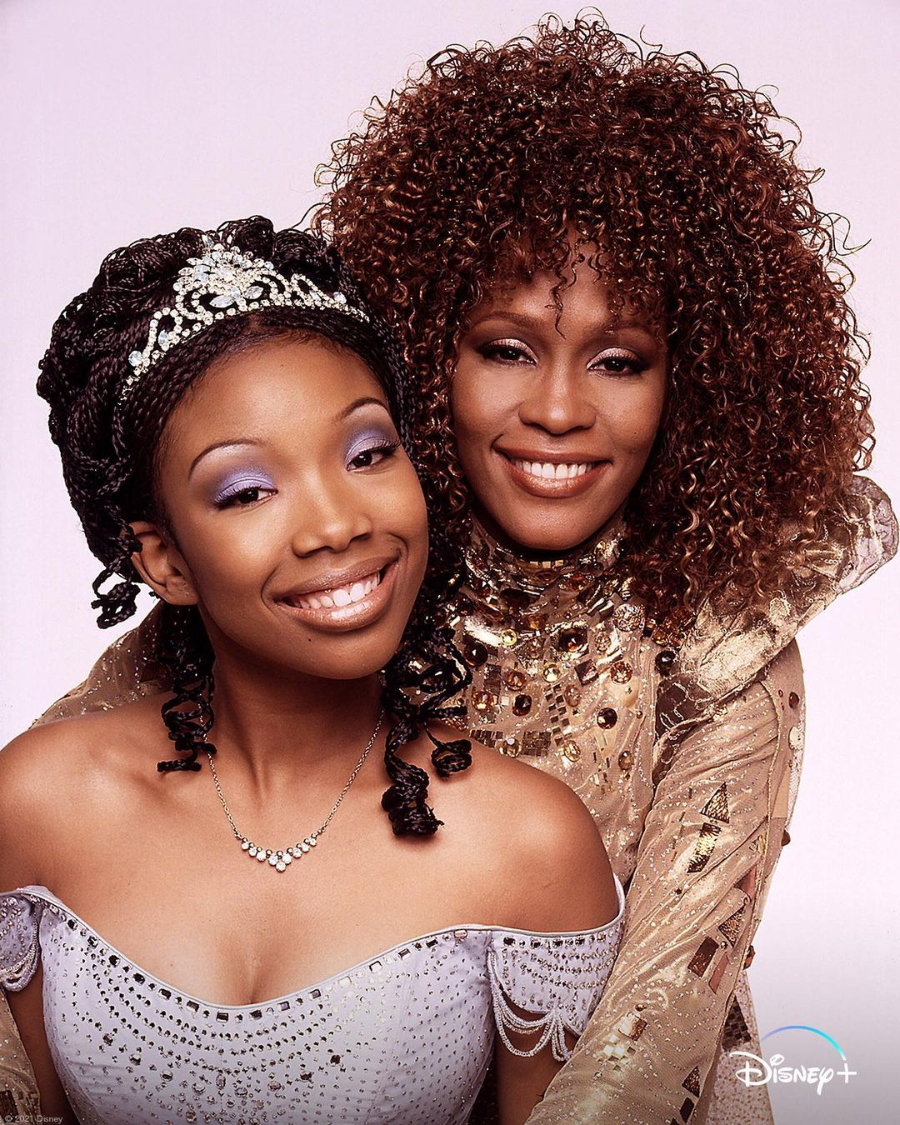 On top of all of that, this was one of the largest attempts at color-blind casting in history. While color-blind casting can be troublesome in a lot of ways, in this particular film it helped normalize the idea that families can be made up of a multitude of people and that BIPOC people can also be royalty. Because it was a fairy tale, there was less concern around whether it or not the casting “made sense.” A Black queen (Whoopi Goldberg) and a white king (Victor Garber) are parents to a Filipino American prince (Paolo Montalban). A white stepmother (Bernadette Peters) is the biological mother to a white daughter (Veanne Cox) and a Black daughter (Natalie Desselle Reid). It was likely the largest group of BIPOC actors many children had ever seen. My family purchased the movie immediately and my sister and I wore out the tape.

While these are all the reasons it was so magical as a child, as an adult I’ve learned the dark side too: a producer who didn’t want a Black princess; Atlantic Records refusing to release the record because it didn’t match the “urban” (read: racist term for Black) sound Brandy had been marketed as; critics panning the film, Brandy, and Houston, claiming it would be an embarrassment given time (also an incredibly racist sentiment). But the people spoke. Sixty million people tuned in on the evening it was released, and so many more have been moved by it since. 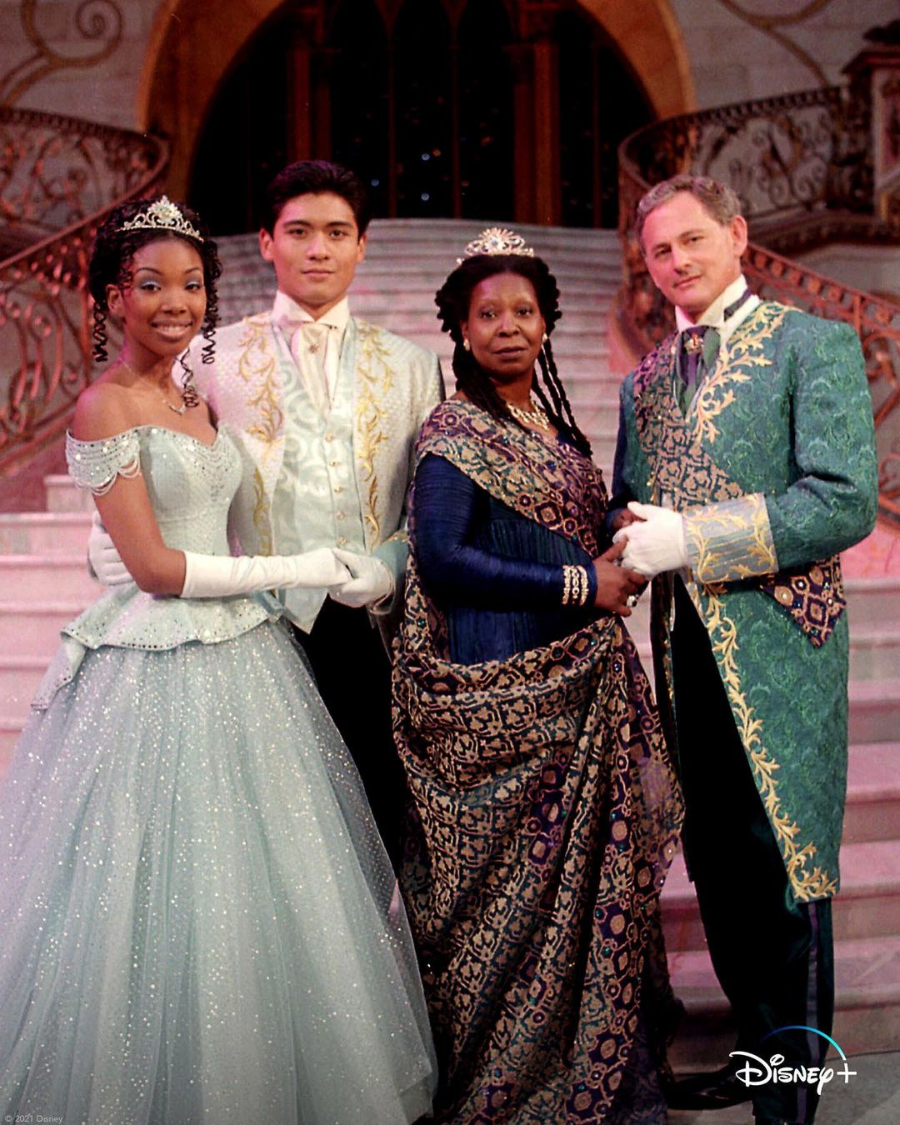 It’s been incredibly important to grapple with all this information—because it’s still happening. When the news of Halle Bailey playing Ariel in a live-action The Little Mermaid hit the internet, there was a horrible backlash. Instead of one producer decrying a Black princess, here were hordes of regular people across the internet spewing hatred. Racism didn’t disappear with the success of Cinderella, it just dipped below the surface. While the internet’s backlash didn’t change Disney’s plan for the casting of The Little Mermaid, it was certainly a reminder that too many Americans still continue to uphold racism.

Instead of one producer decrying a Black princess, here were hordes of regular people across the internet spewing hatred.

Cinderella became a movie that has defied the ages and stayed relevant. Unlike so many movies from our past, this one has held up with lessons still important today: look at the power and magic that is developed when we laugh in the face of critics, when we come together as a community, and when we believe in the power of our people. Maybe, just maybe, the kids watching it will build a better and brighter future. Because, “Impossible things are happening, every day.”

Read More: Should You Share Your Problematic Childhood Movie Faves With Your Kids?