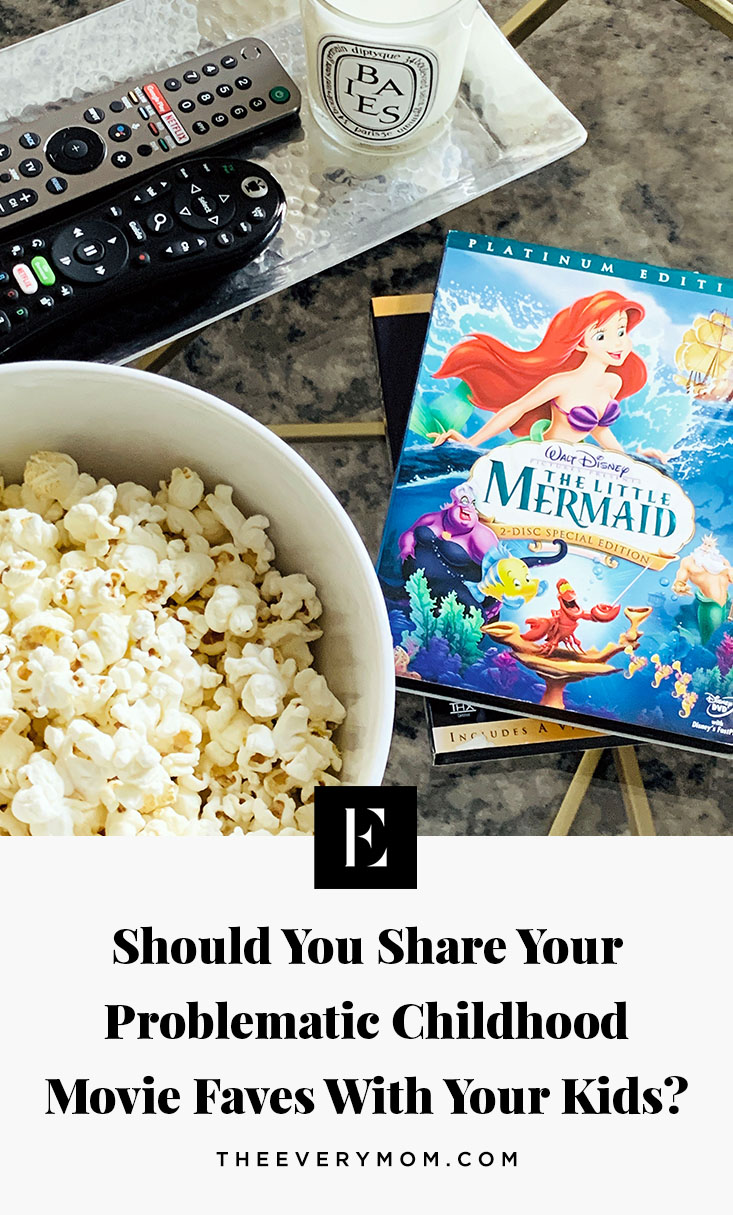 I have always been a re-watcher. In elementary school, middle school, and high school, I had my favorite movies memorized. You couldn’t say a line from a movie without me quoting the rest of the scene back to you. Some might call that a little intense, I like to call it passionate.

As I’ve gotten older, I’ve thought about how fun it would be to share some of my childhood faves with my kids. Hopefully, they would fall in love with the films and sing the songs all over the house, just like I did! But when I started revisiting some of the movies I loved, I was stunned to see all the things I had missed when I was younger. It was hard to realize that the things that brought me such joy then were bringing such pain now.

When you know the real story of Pocahontas (real name Matoaka) and how she was actually kidnapped and raped, it makes it that much harder to sing Colors of the Wind at the top of your lungs. Or when you realize The Little Mermaid is all about a woman silencing herself in order to fall in love, it gets more and more difficult to think that you can sit down with your children and watch these movies and retain the same joy you had as a kid. The dinner in the Chinese restaurant ruins A Christmas Story for me any time I try to watch it nowadays.

Some kids don’t have the same enthusiasm their parents did because the cultural context of childhood is completely different than ours was.

There’s a lot of argument about whether or not you should expose your kids to these kinds of movies with problematic messaging in an attempt to recreate the joy you felt as a kid. Some people believe that you should keep sharing, just make sure to share the context. Others have found when they do share it, kids don’t have the same enthusiasm their parents did because the cultural context of childhood is completely different than ours was.

It’s a hard thing to decide because there’s so many opposing recommendations. What I have realized is if I do plan on showing something beloved from childhood to my kids, I need to set a few guidelines for myself. Here’s my plan:

Rewatch it without them first

I will make sure to re-watch it ahead of any planned viewing. I can check ahead for what kind of topics I will be exposing the kids to and what kinds of conversations I might have to have. For example, if I ever plan on sharing Grease with my kids, it would have to be when they’re of an age to have a real discussion on all of the date rape scenarios presented in the movie. I missed ALL of that my first 1,000 times around and the thought of my 11-year-old self running around singing Summer Nights (“Did she put up a fight?”) at all of the middle school dances with the rest of my friends is horrifying to think about. I wouldn’t want to put my kid in the same situation. 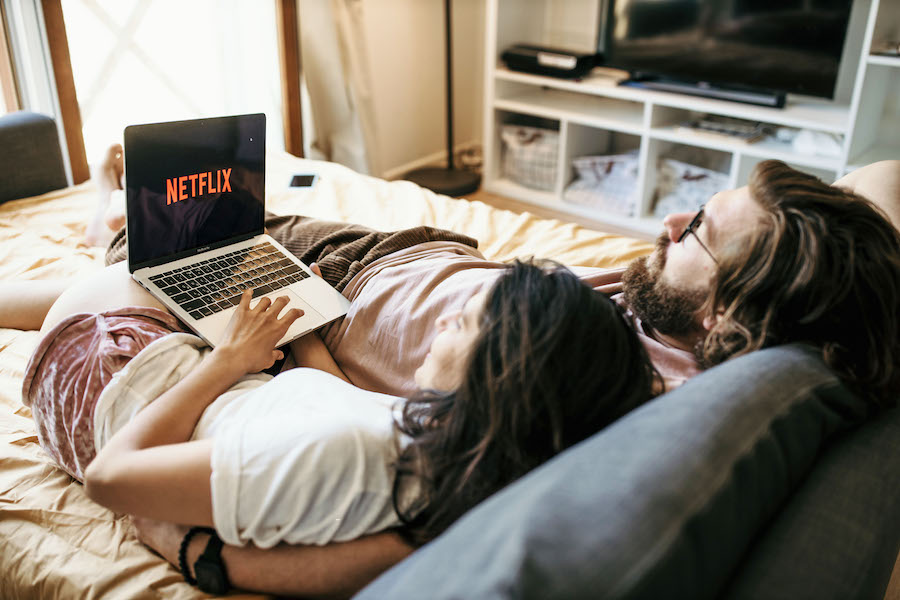 Consider whether it’s worth sharing at all

There are so many wonderful movie alternatives out there now—She-Ra and the Princesses of Power, Zootopia, Onward, Dora and the Lost City of Gold—that kids aren’t at a loss for things to watch.

I’ve often heard the argument, “Hey, it was just a sign of the times,” but I think about just how many times I sang those songs from Grease and wonder whether or not I internalized those messages. I wonder if that movie had any effect on how I behaved in relationships, sometimes giving in to pressure for sex because I thought that’s how I was supposed to keep a man.

Prepare to share age-appropriate context and have more conversation

Since everything is on a spectrum, I have decided to give myself a more specific boundary rather than just not sharing stuff because it might be problematic. Perhaps there are lessons in the film still worth sharing. I might show my kids Heavyweights, which I loved as a kid. While it ultimately has an incredible message that caring about yourself and showing up for yourself is what makes you a winner, it still shows larger kids binging on candy, leaning into painful stereotypes, so it cannot be viewed without a conversation about diet culture (age-appropriate, of course!). 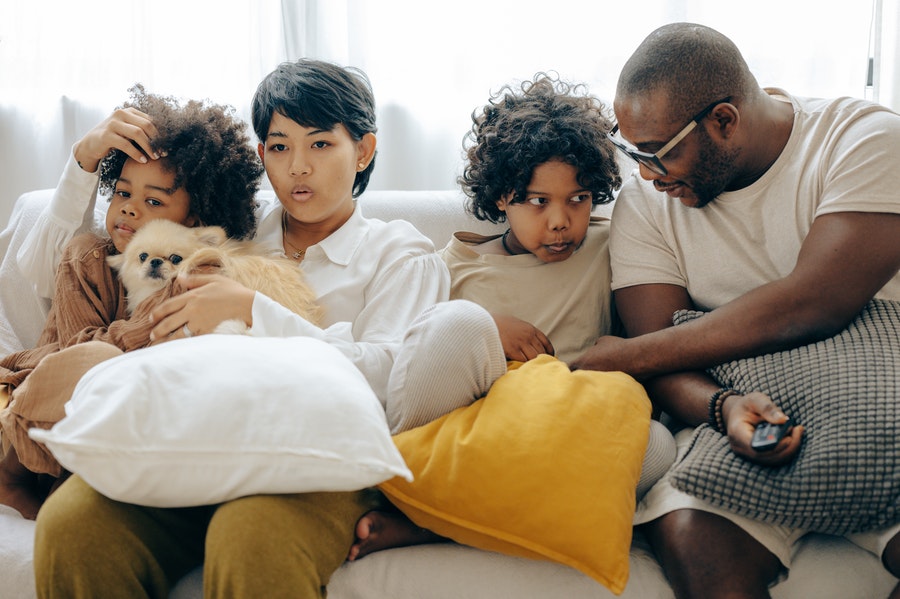 Mulan (the original), while a huge moment in representation for Chinese-Americans and really many Asian-Americans (including myself), definitely comes with its own host of issues. When I plan on sharing that movie, I also plan on sharing the Ballad of Mulan and viewing other movies and stories on the multitudes of Chinese culture so that my kids’ exposure doesn’t end with an inaccurate cartoon.

It’s not that we can’t share things that brought us a lot of joy. It’s that the world has changed, and we have changed alongside it. I loved seeing people talking about how we need to normalize changing our minds with new information. That’s exactly what should be happening everywhere in our lives!

There’s nothing necessarily wrong with us loving these films and stories when we were children; but to pretend like we don’t have new information now does a disservice to us and our kids. Instead, we can take this as an opportunity to talk about how sometimes we can love things and that we can also outgrow them when we know better. And that making someone or their culture a punchline is never worth the nostalgia.