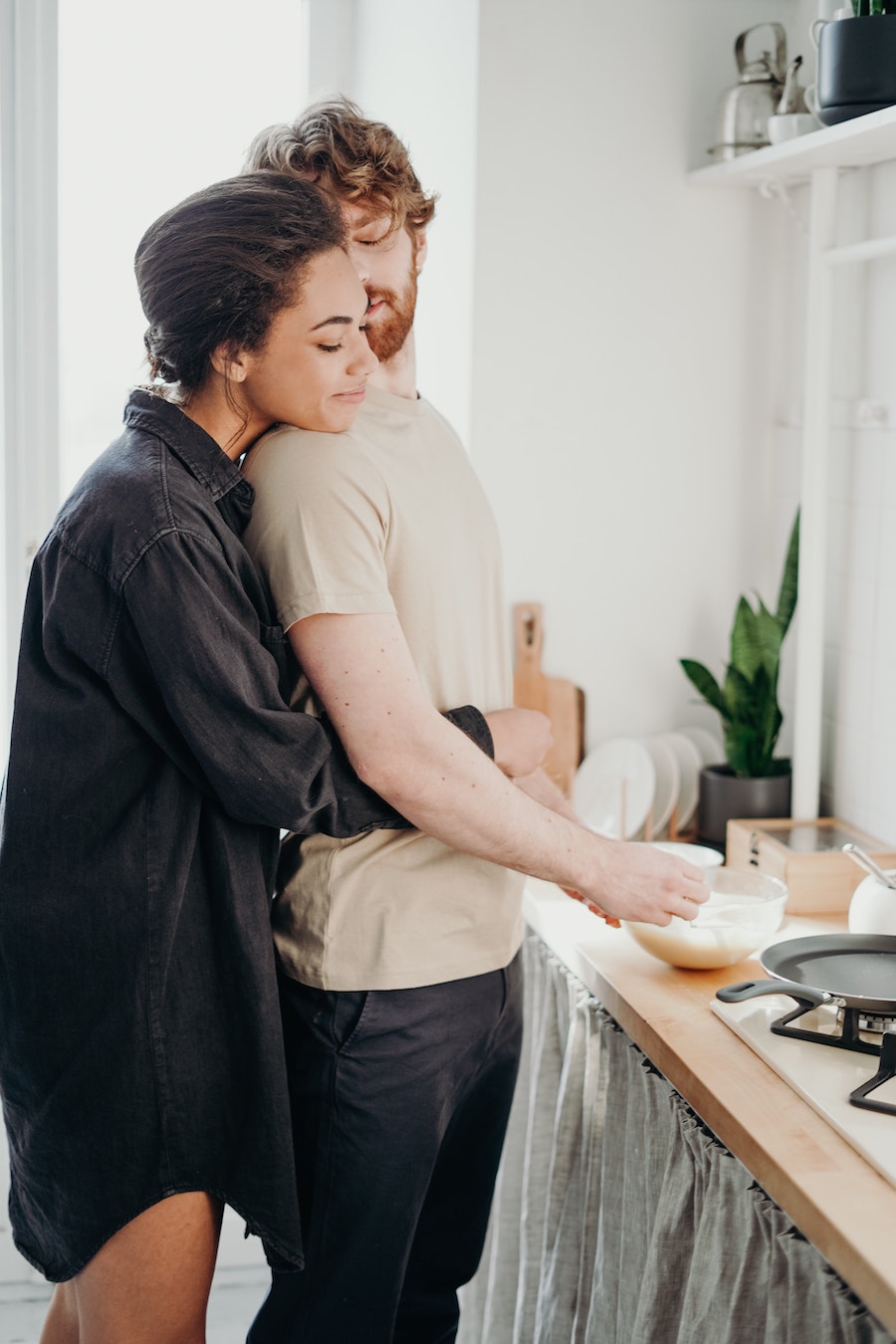 Everyone’s fertility journeys are very personal. Each body is so unique. Hearing other people’s treatments and why they chose them, though, has been very helpful in considering the next steps for me and my husband on our fertility path. And even though we thought we knew what we were going to do at each turn, the more we learn from experts and our own experiences, the more long conversations we’ve had—some lasting days—to help us better figure out what made sense for us. So last month, we decided we would move from Clomid to IUI (intrauterine insemination) a little sooner than expected. Here’s why we made that decision.

The Physical Side Effects of Clomid

For those who don’t know, Clomid is a pill that helps jump-start ovulation. In our situation, we were diagnosed with unexplained infertility, which wasn’t a very satisfying diagnosis. My OB-GYN told us that we could either do up to three rounds of Clomid with her before moving onto a fertility specialist or we could call the specialist right away. After the battery of fertility tests, I was feeling weary about more poking and prodding in my uterus.

I had no idea how grueling all of this would be until speaking to my OB-GYN. As Dr. Jenna McCarthy, Medical Director of WINFertility, pointed out to me, “You have Health 101 when we’re in high school, and they teach us how not to get pregnant before we’re ready. But there is no 200 or 300-level Health where we learn how to get pregnant or how to plan for our families when we know we do want a family.”

So last month, we decided to start Clomid with my OB-GYN. All I needed to do was call my doctor on the first day of my cycle, and then I took the pills for five days, which seemed like an easy-ish choice. However, by the second day of me taking Clomid, I started to experience some nausea. The nausea made it difficult to work, and it was even difficult to take care of my dog. I was struggling pretty badly. The nausea hit me on and off during the Clomid cycle, but it became far more intense during ovulation. Every ovulation symptom that had previously gone unnoticed went into overdrive. I couldn’t stop noticing the cramping, the intense nausea, and the lower back pain, and it was really hard for me to function during that part of my cycle.

You have Health 101 when we’re in high school, and they teach us how not to get pregnant before we’re ready. But there is no 200 or 300-level Health where we learn how to get pregnant or how to plan for our families when we know we do want a family.

When I went in for the ultrasound to make sure the Clomid had worked, I was given a good prognosis. My follicles were stimulated and things were looking up. My doctor felt optimistic, which she normally tried to stay away from saying. And then I got my period. 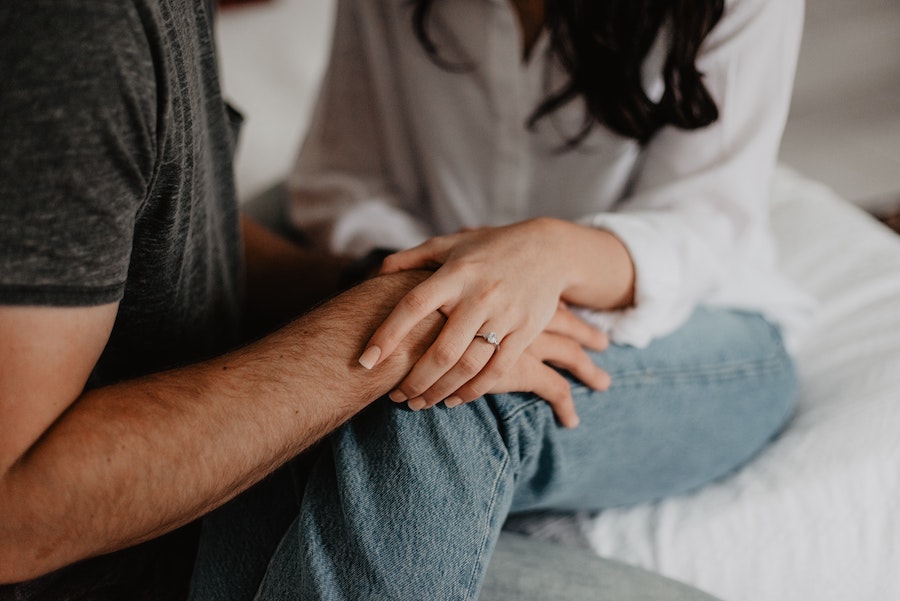 The Reality of Fertility Statistics

Dr. McCarthy was able to break down the specifics of what was happening. First, our ovarian reserves go down with age. That means that we lose eggs and currently have no way to generate more eggs in our bodies. So in the mid 20s, a healthy young woman has about a 25 percent chance of conceiving each month. There’s a measurable drop-off starting in the 30s (30-35), where the chances decrease to 10-15 percent for pregnancy, and then at 35-40, it drops to about a five percent chance of conceiving.

According to a 2008 study conducted in Boston by Harvard Medical School and partners and published in the medical journal Fertility and Sterility, Clomid raises the chance of pregnancy, but how much your chances increase varies by age group. Under 35, paired with IUI, you have about a 24 percent chance of getting pregnant after multiple rounds. At 35-37 it’s an 18 percent chance, at 38-40 it’s a 15 percent chance, and at 41-42 it’s at 7.5 percent. I was 35 and starting to try, so I already didn’t have the highest chance of getting pregnant, especially after only one round.

As much as I hated the tests I had to undergo, especially ones that involved a catheter in my cervix, I had to admit I hated the Clomid side effects far more.

While we had originally said that I would do three rounds of Clomid with my OB-GYN before moving to the fertility specialist, we now had some real personal data alongside the statistical data: Clomid made me feel non-functioning but worked really well, but we still weren’t pregnant. As much as I hated the tests, especially ones that involved a catheter in my cervix, I had to admit I hated the Clomid side effects far more. I didn’t like the idea of doing Clomid two more times to no avail, and then having to do it three more times alongside IUI with a specialist. That felt like a prolonged punishment with no real guarantee on the other side.

So we called the fertility specialist right away. We were really lucky and able to get in to see her that same week. The fertility specialist was able to shed a little more light on what we were experiencing as well as the actual odds of all the other treatments. IUI and IVF (in vitro fertilization) were the treatments recommended to us. IUI is a little less harsh on your body. I take Clomid, come in during my ovulation, and they “wash” my partners sperm and place it in my uterus through a catheter. There are some pills and the catheter, but that’s essentially it in terms of invasive steps. With IVF, I would have to take regular hormone shots, they would remove my eggs, and the whole cycle would take three months. But then she mentioned the odds.

IUI would give us about a 10-15 percent chance of conceiving each month whereas IVF would give us closer to 67 percent by the third round. Those numbers were screaming at me.

IUI would give us about a 10-15 percent chance of conceiving each month whereas IVF would give us closer to 67 percent by the third round. Those numbers were screaming at me.

It made me consider that I may have to do IUI more than I originally expected. All of a sudden, it made more sense to jump straight to IVF with the chances increasing so significantly. Our specialist also mentioned that with IVF, they can store the embryos for you, so if we wanted more kids down the line, we would already have embryos ready to go instead of running into more fertility issues in several years when we were ready for a second child. 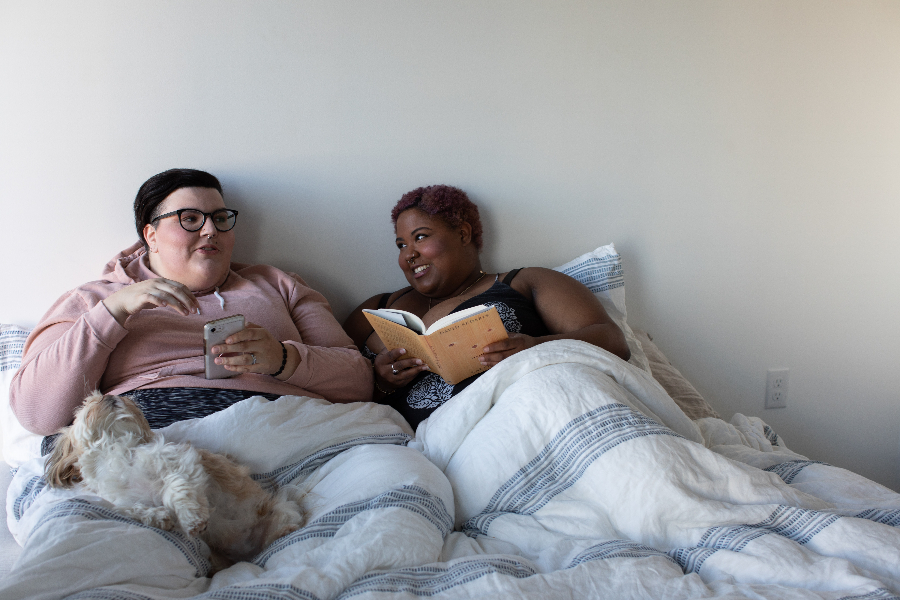 I Had to Take Care of My Mental Health

When we were done with the appointment, my husband and I sat down. While we were excited at the prospect of expanding our family, we had recently admitted that we were tired of the fertility train. We have been trying for over two years now, and it’s been exhausting and a big mental burden on top of the physical stress. We also recently became licensed for foster care, and I was thinking about how we would take care of a child with trauma if I was undergoing three months of treatment. I know parents do this kind of thing all the time, but I just wasn’t sure what my limits would be.

For us, we realized several things. As much as I thought I wanted to be a mom more than anything, I love our life a lot. It doesn’t feel lacking to me. We have our home, we have our careers, and we have our dog. While I love children, my drive toward being a parent had a lot to do with wanting to give a child stability in a way that I had not experienced in my childhood. But supporting children was something I could do through foster care. My husband never had the same urge for fatherhood that I had for motherhood. He is amazing with children but just never felt like he had to have his own. He and I have been discussing foster care for years now, and now that we’re on the precipice of it, it feels more and more right for our family.

Given those truths for us, we realized that IVF was just not as urgent for us. If we get pregnant now, then continue to foster children and find we can’t conceive in a few years, that’s fine by us. Or if we don’t get pregnant now and end our lives only having fostered children, we also feel really happy with that decision.

Once we were clear on potential outcomes, the decision felt easy to make. We’re going to do IUI for now and then reassess after the first round of treatment. We’re not taking IVF off the table, but we won’t be proceeding with that just yet.

The other day, my husband asked me if I thought we had waited too long to start. Looking back on our seven-year marriage, though, there isn’t a moment that I thought, “We should have started trying here.” My mental health wasn’t in a good place, and my career was non-existent. I’ve worked really hard to get to where I am and having a child sooner would’ve really made that progress much more difficult. And I don’t think I would’ve done right by the child in the process.

I have dreamed of being a mother for a long time. Not only the parenting part but also the pregnancy part, the maternity clothes, the growing belly—all of it. I still have some maternity clothes tucked away from before I found out I had miscarried a few years ago. It’s not an easy dream to let go of, which is why I’m going through with fertility treatments. Being a mother is a big deal, but I’m not clutching that dream in the same way anymore. I’m making room for some new dreams along the way.