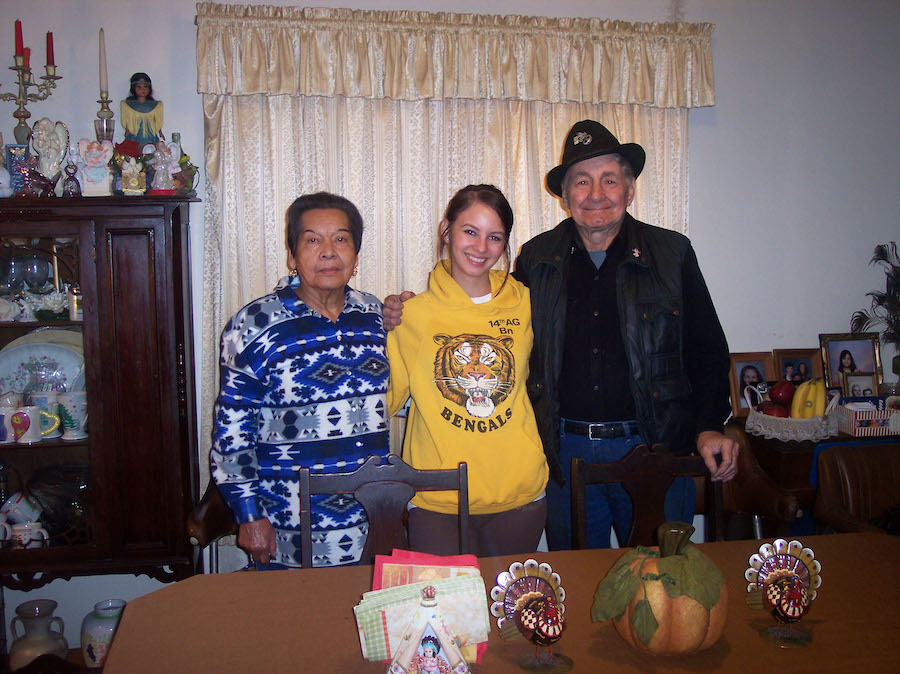 I was 7 years old the first time I realized it wasn’t the norm to be a towhead in a family of raven-haired Choctaw descendants. Visiting my grandparents and tagging along to bowling league tournaments were things I did often—to the point where most of the teams at least recognized me as my grandmother’s out-of-state granddaughter. So it was surprising when her friend jokingly asked if I was really a blood relative because after all, “There was no way that blonde-haired, blue-eyed girl could be her grandchild.” It was my first lesson on what it meant to be the white granddaughter of an Indigenous woman.

While I’m legally identified as Native and am a citizen of Choctaw Nation, I never felt that I deserved to claim it as part of my identity growing up. Nothing about my physical appearance screams Choctaw—for lack of better words, I’m a whitewashed version of my family. It wasn’t until I was well into my years of being a parent that I became aware of how much I allowed these differences—turned insecurities—to shape the way I view myself and how I parent. Regardless of how misplaced those insecurities are, they’ve been a real and constant part of my life.

Nothing about my physical appearance screams Choctaw… I’m a whitewashed version of my family.

My ancestors can be traced back to the early 1800s, where they were among the first Indigenous People to walk the Trail of Tears to Oklahoma. My great, great grandfather, Gilbert Wesley Dukes, was Chief of Choctaw Nation before it became Oklahoma in 1907. Even while knowing this and understanding where I come from, I’ve grappled with imposter syndrome. In my teenage years, I became obsessively aware of how my curly blonde hair contrasted with everyone in family pictures; so began the tedious process of coloring and straightening it (you can imagine as a teen in the early 2000s, this was no easy feat until the Chi came along!).

Today, I sit here writing this, wearing beautiful Native beaded earrings that flow with the grace of a waterfall. It’s funny how a pair of earrings now give me a sense of belonging. With these, I feel whole and connected. I feel Choctaw. It’s one of the ways I’ve learned to assume my heritage as part of my social identity—something that I’ve denied myself for the past 33 years.

Growing Up With My Choctaw Roots in the Background

I didn’t grow up in Oklahoma like the rest of my family, who still reside there. My parents and I moved to Southeast Louisiana shortly after I was born at an Indian Hospital in Claremore, Oklahoma. Louisiana is where I call home, but familial influences still run deep.

Up until I was 14, I spent summers with my grandparents in Council Hill (its namesake is a nod to a well-known landmark, the site of the first Muscogee Creek Nation Capital in Indian Territory). It’s where I learned to drive on old gravel roads that wound up to the farm, where I would spend the Fourth of July popping fireworks with family, and where I spent too many times to count two-stepping with my grandparents at the community center.

I can still see in my memory the cherished Native figurines and artwork that decorated their house but were never at the forefront of conversations. 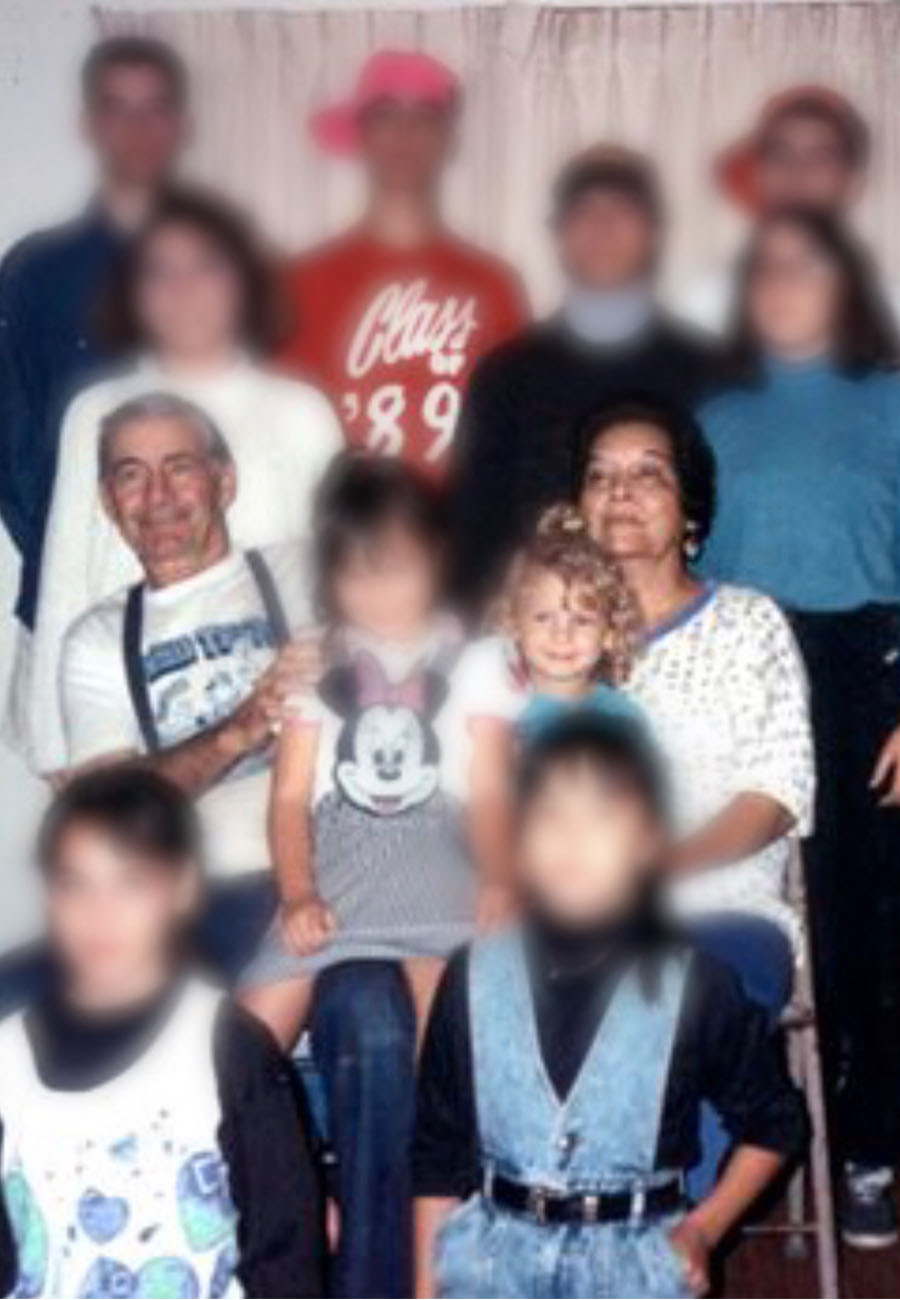 Thanksgivings were filled with at least three generations stuffed into my grandparent’s home because family, no matter the physical distance, was most important. And although my grandparents are no longer with us, I can still see in my memory the cherished Native figurines and artwork that decorated their house but were never at the forefront of conversations. I recall times when my grandma would reminisce about her childhood and, in a voice stripped of its usual exuberance, confess that she wished to have learned the Chahta language. I look back at this memory more often than others. At the time, I was too young and lacked the self-awareness in those moments to grasp the meaning behind her words.

Collectively, we are sheltered from struggles Indigenous People faced and continue to face. The heartbreak and shame I felt when my eyes were opened to the truth of what it means to be Indigenous in today’s world was unfathomable (but that’s a story for another day).

My eyes had been open, but I didn’t see. I didn’t see or experience the obstacles tribes and their members face—for no other reason than that I’m a “diluted version” and the advantage that being white-passing gives me, albeit unfairly. I won’t pretend to know or fully understand the struggles Native communities endure, but I’m learning.

How We’re Learning About Our Culture as a Family

Wanting to change the narrative has driven me to become educated on my culture, its history, and the current rulings that affect the tribes and their people. I have a responsibility to pass that knowledge onto my children, who will be the last in line to legally claim their Native heritage. I want them to be proud of who they came from, to love that part of themselves, and to claim it with confidence. And considering that both of my kids are fair-haired and white in appearance, I want them to know what it has taken me most of my life to understand: There is power in embracing what sets you apart.

Connecting With What Appeals to Them

One of the best ways I’ve been able to share the Choctaw culture and history with my kids is by drawing on what already interests them. Both of them deal in facts, so making books and listening to podcasts have been great learning resources for us.

I have spent many hours fielding questions from my son about the Indian Removal Act and the Trail of Tears, and he’s wanted to know “how much Indian blood we have and what specifically makes it Indian” (his words). And while I don’t know the answers to it all, we’re learning together with off-the-cuff research.

My daughter, in all of her 5-year-old glory, has a flair for unique fashion and bright colors, which has led us on the path to Native-owned clothing and jewelry lines. I love watching her get excited to wear the bright pink beaded butterfly earrings she chose and be proud to tell her friends that they are Choctaw made.

Learning the Language Together

Chahta is considered an endangered language. Despite being the third largest tribe in the U.S., Choctaw Nation estimates that there are less than 1,000 first-language speakers of its 200,000 tribal members. While I may never become fluent, it’s important to me that I learn what I can. The School of Choctaw Language is empowering members to keep the language alive, and it’s become something that my son and I take part in learning together. 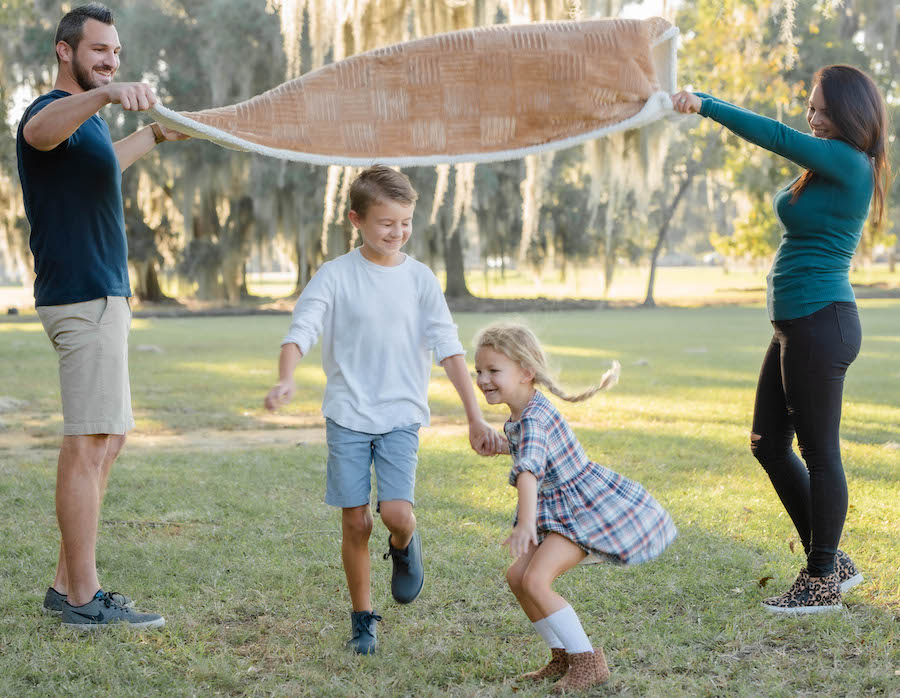 Being able to share family stories with our children is a right of passage as parents, and it’s a great way for them to learn about who came before them. In passing, I’ve told stories about how my gramps called ice cream “medicine” and how the family motto is “stay in there and fight, fight, fight.” They know that my grandma sang “The Old Rugged Cross“ almost every Sunday morning at church and how she always made it a point to put a smile on the faces of those around her. They’ve learned how my gramps named his cattle after each of his grandkids and how my cousins and I are rarely called by our first names. I’ve been “Little Lynn” for as long as I can remember. And while not every memory is culture-specific, they are parts of a whole picture that I’m honored to share with them.

Bringing in the Reinforcements (the Grandparents)

Growing up, my dad and I rarely spoke about our Choctaw heritage, and up until the past few years, it remained that way. When I began to express interest in learning more about our family history and ancestors, it opened up dialogue that had otherwise never been broached. Beginning the process of tribal enrollment for my kids has also shined a light on the joy it brings us both to have ongoing conversations about the tribe and family stories he remembers from his youth.

What This Journey Is Continuing to Teach Me

I’m slowly overcoming self-doubt and reconciling my Choctaw blood with my Caucasian appearance. The features that have played a hand in my insecurities, that continue to give me unfair privilege since I don’t meet the physical stereotype of an Indigenous woman, are what I’m determined to use to bring awareness to the Missing and Murdered Indigenous Women campaign and present-day cultural genocide.

This journey is ever-evolving. Our history is a vital part of what keeps us from becoming invisible. It keeps our bloodline from disappearing, when, for so long, programs have sought to eradicate it. Our history helps us face who we were, who we are, and our hopes of what we aspire to become. Without it, we don’t have a voice, and without a voice, we are powerless. I choose to be powerful, as should we all. 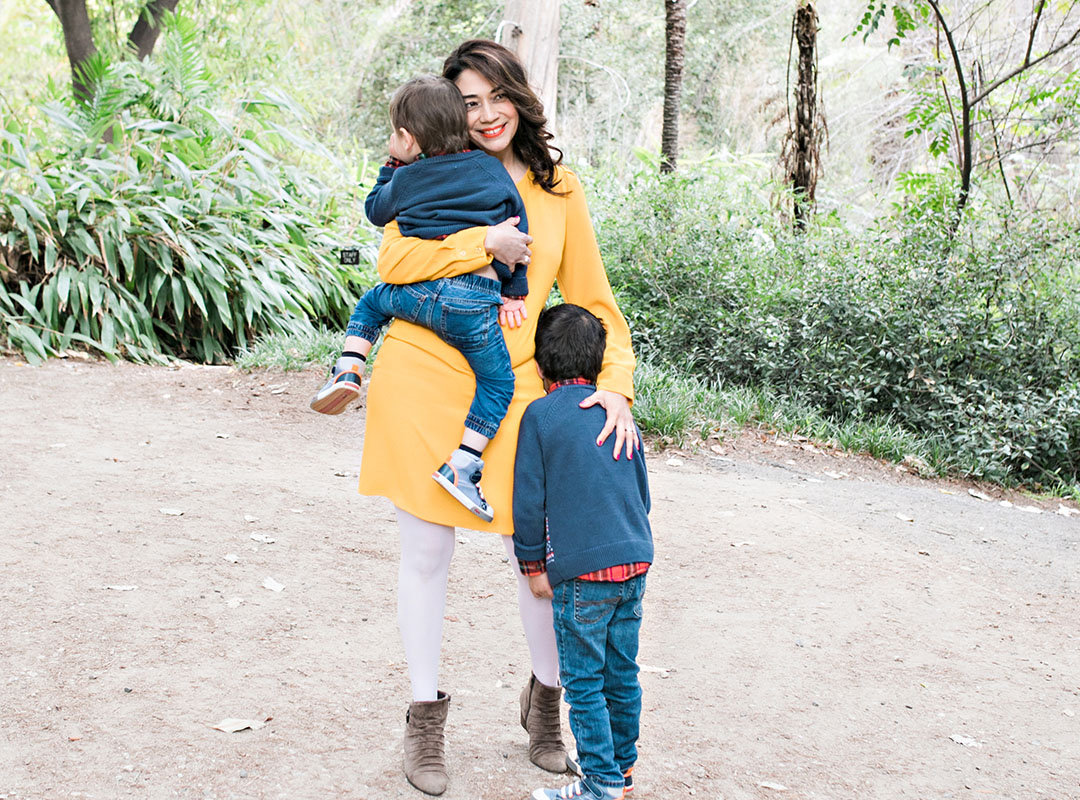