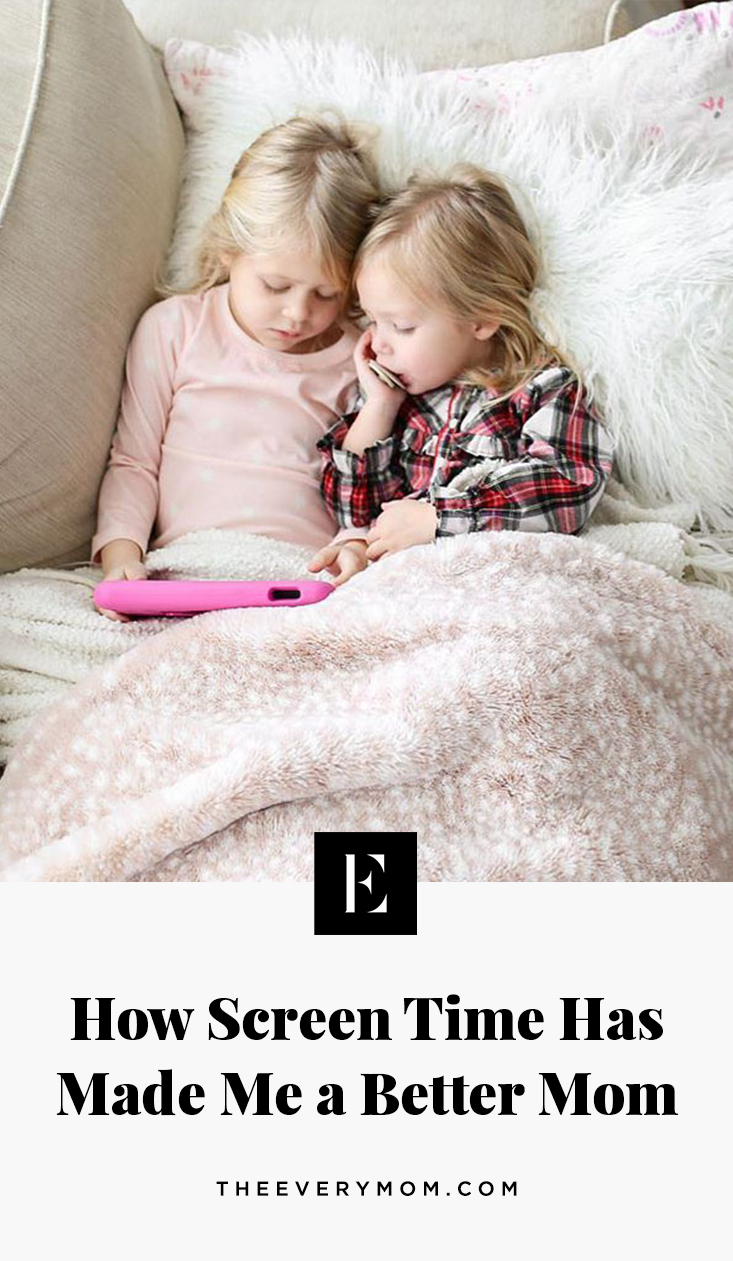 After co-sleeping and breast versus bottle, it’s harder to find a bigger parenting hot button issue than screen time. Alarmists point to research that links delayed child development with time spent in front of screens. Others dismiss this as scaremongering, often pointing to the hours of television most of us watched growing up, and the fact that we still grew into (mostly) functioning adults.

While I spent my fair share of time in front of the TV as a kid, when I became a mom, I landed firmly in the anti-screen time camp. I committed the AAP’s guidelines to memory and strictly adhered to them, admonishing family members who dared flash their phones in front of my child.

I had my reasons for wanting to avoid screen time. Some of this hinged on the frighteningly ubiquitous nature of screens today. Everywhere I went I noticed kids staring at them: in line at the grocery store, playing games on a parent’s phone, out to lunch at a restaurant where televisions covered the walls, or sitting in traffic watching the built-in screen in the seat in front of them.

I’m ashamed to admit I was the first to judge the parents of those kids. Most of my anti-screen time stance, though, had to do with my own ideas about the kind of mom I wanted to be.

Most of my anti-screen time stance had to do with my own ideas about the kind of mom I wanted to be … then real life sunk in.

Then, real-life sunk in. 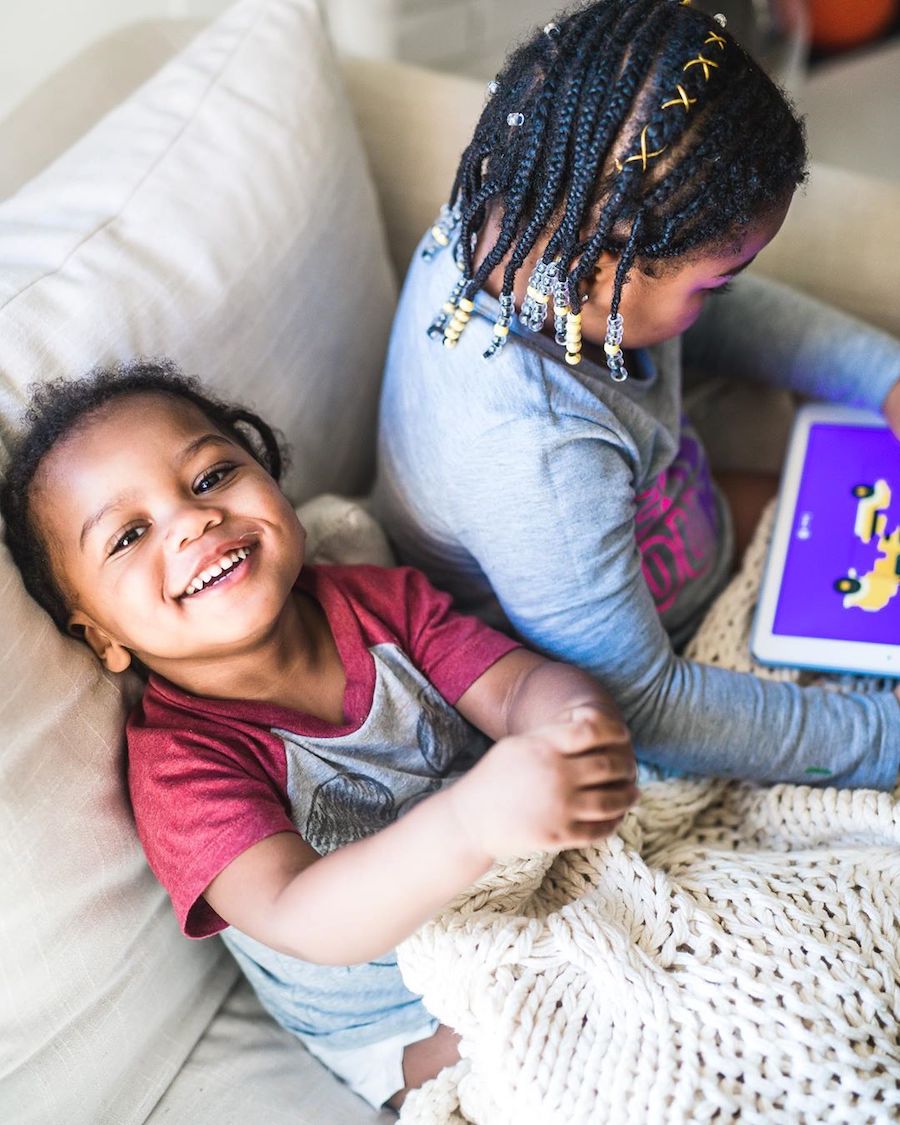 While I relished time with my son, I wasn’t only a mom. My responsibilities ranged far beyond motherhood, from my career to my marriage to my community. Some days it felt like the demands on my time came at me from all angles and I struggled to meet them.

I doubled down on routines and systems, and on the days when everything went according to plan, it felt possible to keep my house of cards from collapsing. But throw one wrench into the well-oiled machine, like a sick kid or a snow day, and everything fell to pieces.

I remember one particularly stressful day when my son was home with a mild fever. I had a can’t-miss deadline at work and no sitter available. So, I spent the morning attempting to entertain him while also leading conference calls and responding to email.

The result of my juggling attempts was a child unhappy with my half-hearted attempts to pay attention to him, colleagues irritated at my distractedness during meetings, and my own humiliation when at one point I accidentally unmuted myself while singing “The Wheels on the Bus.”

Then it hit me: in the midst of my multi-tasking, I was no more present than if I’d plopped my child down in front of a show. My son wasn’t fooled by my divided attention, and I was growing increasingly stressed about the work I needed to get done. It was a lose-lose situation. 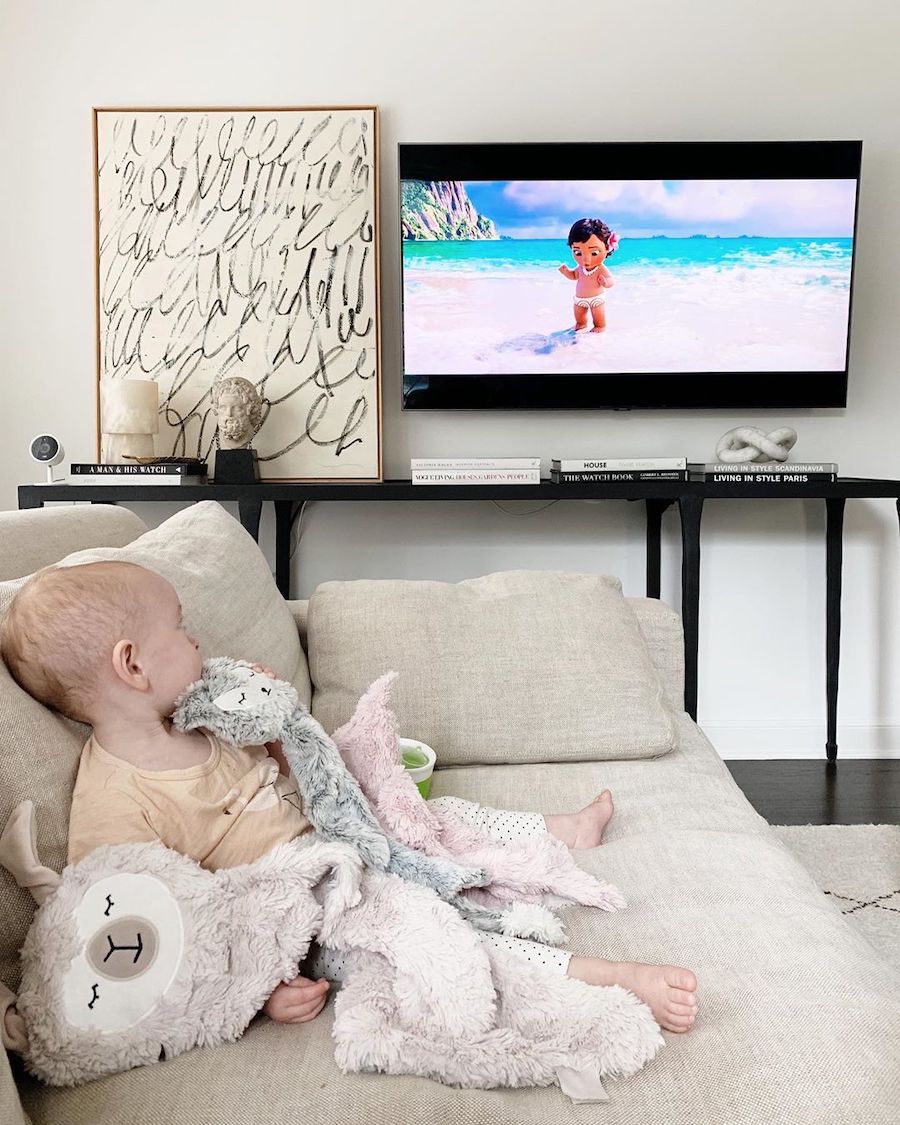 Two episodes of Daniel Tiger later, I’d submitted my deliverable and was able to power down my laptop for the rest of the afternoon. Plus, while I was working, my son had been happily singing along with Daniel and friends instead of grumpily vying for the crumbs of attention I’d been doling out earlier.

Since that day, I’ve found screen time to be a helpful tool during times when I need to get something done that just can’t wait. Rather than having my phone or computer out while I’m also trying to play Legos or read a story, screen time allows me to step away for short periods of time and then be fully present when I return.

More than anything else, our children crave our attention—our full attention, without stolen glances at our phones or furtive conversations with other people while we also claim to be listening to them. They can tell when we’re not paying attention. When we’re not, the message they receive is “You’re not as important as this other thing I’m doing.” Given the choice, I’d much rather my son watch some television than ever feel like he’s unworthy of my love and attention.

In addition to my own reversal in thinking on screen time, I’ve also come to understand that how much screen time other people’s children have is none of my business. There is nothing to gain from shaming each other for our parenting decisions, especially when we have little to no context for them. We’re all part of the same community, and the sooner we start acting like it, the better of our kids will be.

If you’d told me a year ago that I’d be writing an article trumpeting the benefits of screen time, I would have said you were crazy. However, it turns out the best parenting motto is “Never say never.”

You never know what you’ll end up embracing in the name of being a better mom.