Parenting as a millennial, I often get backlash from family members who were raised in a era that relied heavily on corporal punishment. When my children start throwing tantrums or get in a fight with one another anywhere near older relatives in my family, I always hear the dreaded, “If you did that to me, you would have gotten spanked” or “He wouldn’t do that if you smacked him on his butt.”

For me and my family, it just never really felt right to use spanking as the primary source of discipline for my children when there were so many other tools that seemed to have better outcomes. As most parents know, when someone offers you unsolicited advice, it can be easy to get defensive. But when the advice goes against what you believe on a deeper level, it becomes more serious than a matter of opinion. For me, when people suggest spanking my children, especially my child with autism, it hits deeper than other conflicting opinions on parenting.

When I asked Rachel Tomlinson, an expert in child development, registered psychologist, and author, why spanking isn’t seen as the best discipline tool anymore, she had a lot to say.

Tomlinson shared some helpful context about what’s changed when it comes to spanking and discipline. “The older generation viewed children differently: They weren’t fully fledged members of society who were granted the same level of respect as children growing up in this generation,” she said. “This meant that children were not always treated as if they had feelings or intelligence.”

“There was also not a lot of research or facts out there about spanking and its impacts, so it seemed (on the surface) to be quite an effective tool to stop unwanted behaviors,” she said. “(Children) are no longer just ‘seen and not heard.’ So in recent years, children have become more visible members of society, members who are given voices, and are seen as whole people.”

There was … not a lot of research or facts out there about spanking and its impacts, so it seemed (on the surface) to be quite an effective tool to stop unwanted behaviors. 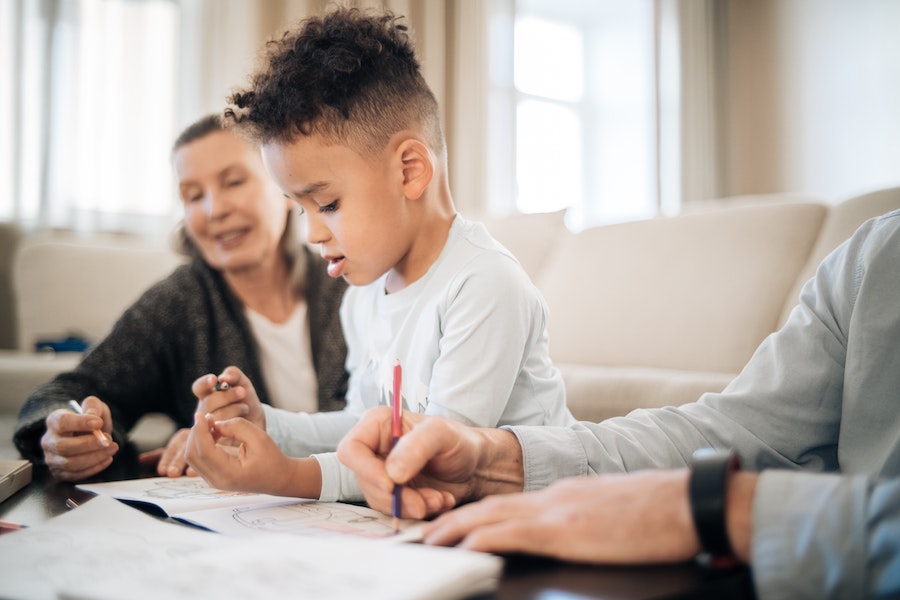 “It is also in part to do with research into child development and longitudinal studies around the impact of spanking. Every generation goes through parenting trends, and in each generation, we try to do better because we know better. And research is telling us that spanking creates fear (which stops behavior), but it doesn’t actually teach a child right from wrong. All they learn is that getting physical is a way of showing displeasure or showing someone they are in the wrong, which fractures attachment bonds and creates stress responses in our children’s bodies, which has other long-term health and well-being impacts,” she said.

Every generation goes through parenting trends, and in each generation, we try to do better because we know better. And research is telling us that spanking creates fear (which stops behavior), but it doesn’t actually teach a child right from wrong.

What Spanking Does and Doesn’t Teach Kids

“What we know now, though, is that this creates fear and compliance rather than a real understanding of right versus wrong,” Tomlinson said. “So with spanking, children actually aren’t learning why they shouldn’t steal or lie, they just get better at avoiding being caught or become fearful of their primary attachment figure.”

“I think that newer parenting styles place children front and center, and as long as they come from the approach that children still need consistent rules and boundaries (that are age and developmentally appropriate), then they can be a lot more effective in fostering positive behavior change, which protects attachment bonds as well as the child’s long-term well-being,“ she said.

Reconciling My Own Childhood with How I Want to Parent

According to recent research done on the effects of spanking children, there are varied outcomes, from it being effective in certain conditions to a possibility of an increased chance of children’s cognitive, emotional, and behavior problems. This has led to some arguments by researchers and the public about the possible harmful effects vs. the merit of this form of discipline.

When I first learned about this discourse studying psychology in college, I was honestly surprised that some people were against spanking because I grew up in an old-fashioned immigrant family that did not shy away from this sort of punishment. To me, at that time, I thought that I would be a parent that used spanking liberally.

As you can imagine, things changed the moment I actually had my own children and learned about the benefits of a gentler approach that focuses on praise and reinforcing boundaries.

“Just because we choose not to spank anymore does not mean we have any less boundaries,” Tomlinson said—and I’d have to agree. While my children may not be spanked frequently like my relatives suggest, we still are pretty strict with consequences. Here are some ways to address the issue with friends or family members. 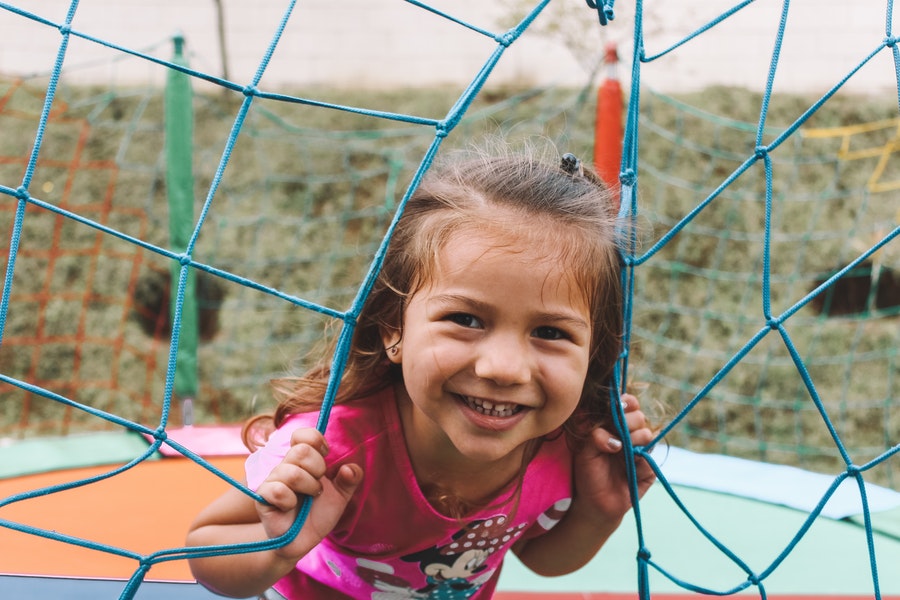 How to begin the conversation

Tomlinson stressed the importance of each person’s values. “This might be a tricky conversation because each person hold values that they believe are correct. Values are something we fiercely protect, and emotions can become quite heightened when we feel that they are threatened,” she said.

“Whenever you need to have a challenging conversation, it can help to acknowledge both opinions. You could say something like, ‘I understand that you feel like spanking is a good parenting choice. I don’t agree with spanking, but I completely understand, respect, and appreciate that you are trying to support me with some challenging behaviors that my child is showing. Thank you for that. However, I won’t be choosing to spank, and I ask that you respect my opinion the same way that I am respecting yours, even though we don’t agree with each other.’”

Values are something we fiercely protect, and emotions can become quite heightened when we feel that they are threatened.

“Naming the intention behind their advice can really help you both reflect on why they are recommending spanking, and you can show them your intent to respectfully decline their advice,” Tomlinson said.

Give explanations and suggest alternatives

Knowing that my parents were brought up in a time that valued children being seen and not heard, I better understood where the tension over discipline was coming from. When my son would cry over a broken toy or scream during dinner, their first reaction was to stem the behavior. I had to explain to them that children do not know how to emotionally regulate like adults do, and what they are perceiving as misbehaving didn’t really count as such in my book. These instances, more often than not, just needed a little redirection, and once my parents opened their minds to my explanation, they were able to stop thinking of these situations as my child needing “proper” punishment.

In my experience with my family, I’ve found that sometimes the older generation is so set in their ways, they simply never considered a different form of discipline. When I first sat down with my mother and tried to explain why I preferred not to spank, I showed her alternatives like time-outs and time-ins, loss of privileges, and even just conversations. When my children’s behavior showed that this way was effective and often more so than spanking, she soon let the conversation drop. 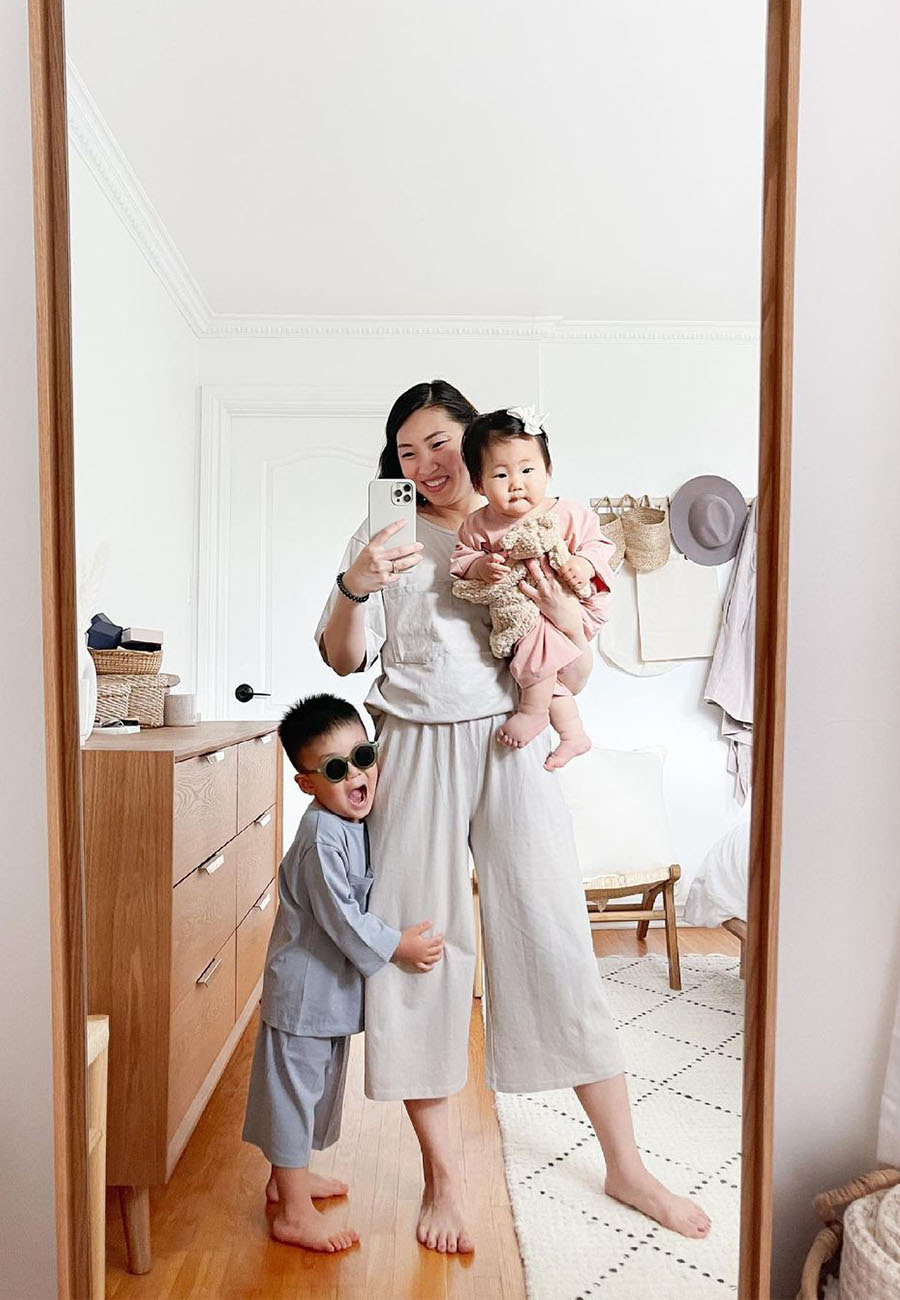 How to Teach Values to Babies and Toddlers
(Because We All Want to Raise Nice Humans!)
Read More