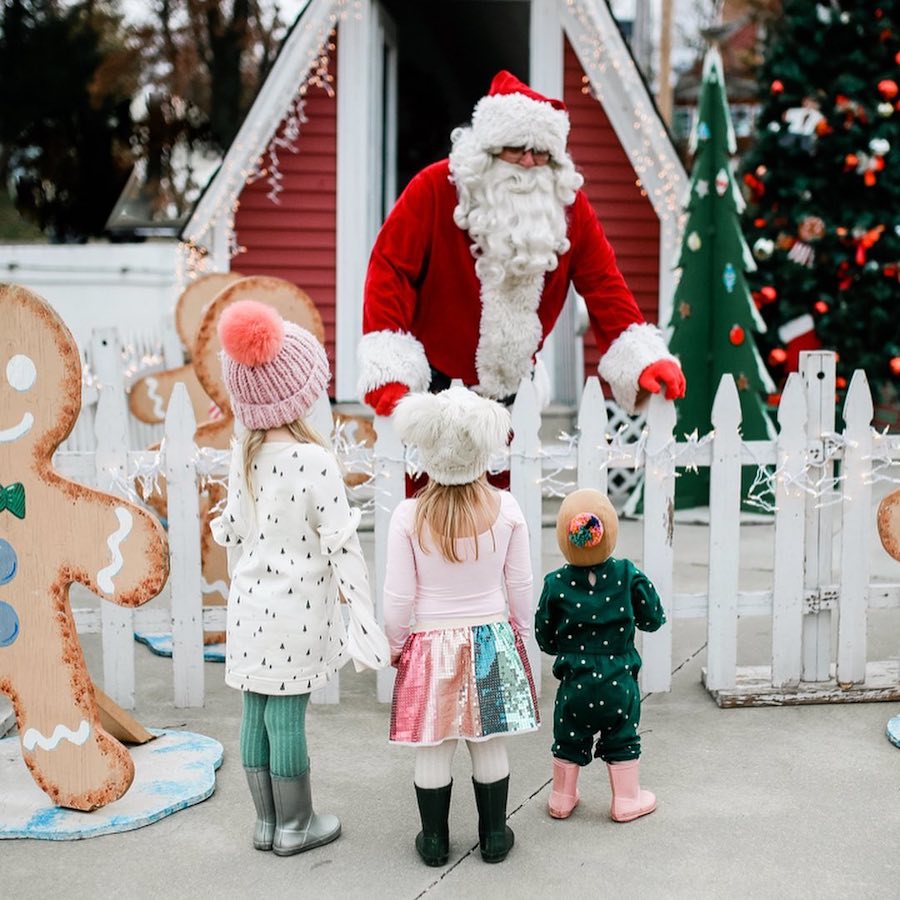 Each kid handles the truth about Santa in his or her own way. I once confronted my own mom with some cold hard facts like Santa uses the same wrapping paper we do and the Magic Nursery Baby Doll I secretly asked for never appeared under the tree. But I wasn’t devastated; rather, it made me feel smart and “in on the magic.” My younger brother, on the other hand, was a long-time believer and spent a full day locked in his bedroom processing the news when he found out.

My kids will be 7 and 10 as we celebrate Christmas this year, so I know learning the truth about Santa is coming soon for our family. They’ve begun asking a lot of questions, although I think they still want to believe. I’m not sure whether they’ll handle it like me, my brother, or somewhere in between. My husband and I had similar Santa traditions growing up, so we continued what our parents started without much thought. While both of us have fond memories of our childhood Christmases, I can’t help but wonder whether our family could have made some of our own Santa traditions. Upon reflection, here’s how I would’ve handled Santa differently with my kids if I could do it all over again.

Leave Out the “Naughty or Nice” Part

All children are inherently good. Yes, sometimes they might do “naughty” things, but they are not “bad kids.” I want my kids to be intrinsically motivated to do good and learn from the mistakes they inevitably make. However, as a parent, it’s really tempting to pretend to call Santa or send a note back with our Elf on the Shelf. And I’ve certainly been guilty of doing so, even though I know Santa threats are only short-term solutions that won’t help me after December 25.

Plus, once your kids become school-aged, they might get different levels of Santa gifts than their classmates (e.g., some kids get an iPad while others get coloring books). I’d never want another child to feel like they were less deserving than mine based on a fictitious naughty/nice label. 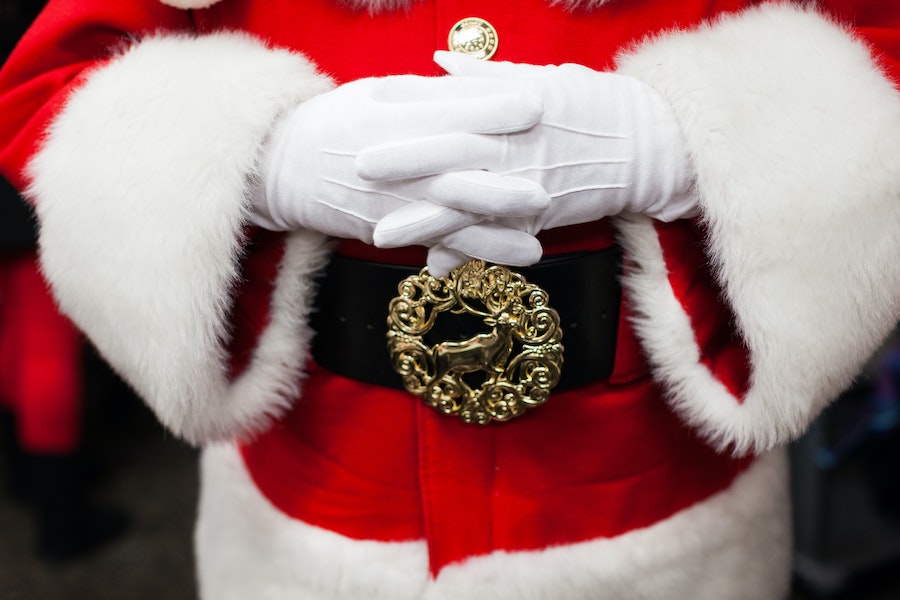 Have Fewer Presents Come From Santa

Most of the presents under our tree on Christmas morning are from Santa, which means my kids are ripping open their gifts without having to say “thank you” to anyone. So a part of me regrets not taking credit for some of their big wishlist items. Like, for example, the time I found a discontinued LEGO set on eBay and repackaged each numbered bag so my daughter would have the gift from the top of her list. Sure it’s nice to imagine she’ll someday look back and appreciate the effort her parents took to make these little Christmas miracles happen, but maybe the lesson could be learned earlier.

On a recent episode of The Everygirl podcast, The Everymom’s Branded Content Editor, Steph, explained that she never believed in Santa. “It was a known thing [in my family] that there is no Santa, it was just my mom and my dad,” she said. And with this knowledge, she never felt the Christmas magic fade as she grew up. “I always knew it was my parents going above and beyond doing all this stuff for me and for the holidays. It made me appreciate it all the way through adulthood.”

Although they’d probably disagree, my kids have too many toys, including unopened crafts and gifts from last Christmas. I love the idea of leaving one or more toy(s) under the tree for Santa to take and give to another child. Not only does it clear out some space for the influx of holiday gifts, it helps kids think about someone other than themselves.

Mass media and the commercialization of Christmas have certainly painted a very specific picture of Santa: what he looks like, what he sounds like, and what he wears. But I wish I would’ve introduced some of the “why” behind Santa, including the story of the real St. Nicholas. Not that I’d necessarily dive deep into history or religion with my kids—rather, I’d focus on St. Nick’s enduring legacy of generosity while reinforcing why helping and giving is central to Christmastime.

My hope would also be that once the truth about Santa is revealed, I can honestly say Santa was a real person, and we can talk about how powerful it is that one person’s good deeds can inspire others for hundreds of years. 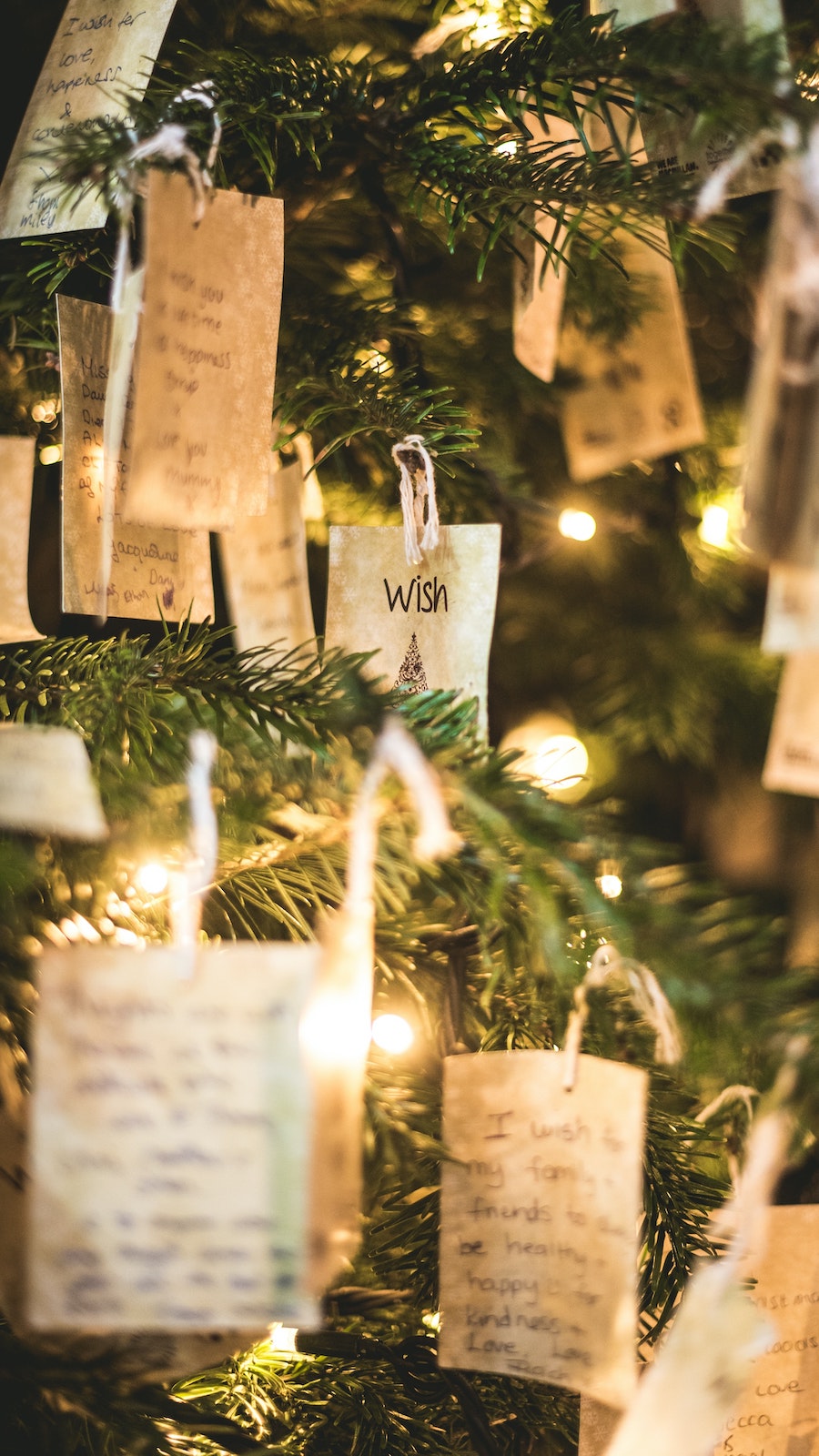 Make Gratitude a Bigger Part of the Process

While we have some family traditions to celebrate the true meaning of Christmas, like contributing to Toys for Tots and delivering a surprise to our elderly neighbor, the giving and gratitude part of Christmas is a little lost in our Santa tradition. For my kids, the process is pretty straightforward: Christmas list, visit to Santa, gifts under the tree.

In hindsight, instead of a list of purely material wants, I wish I would’ve guided my kids to think a little more deeply when writing their holiday wishlists. I’m not expecting Santa to deliver world peace or adopt every unwanted puppy, but encouraging my kids to think beyond their favorites from Amazon’s toy catalog would be a good exercise, like:

On second thought, maybe it’s not too late to start incorporating some of these ideas into our family’s Santa tradition. There’s no age limit for adding more meaning to Christmas. 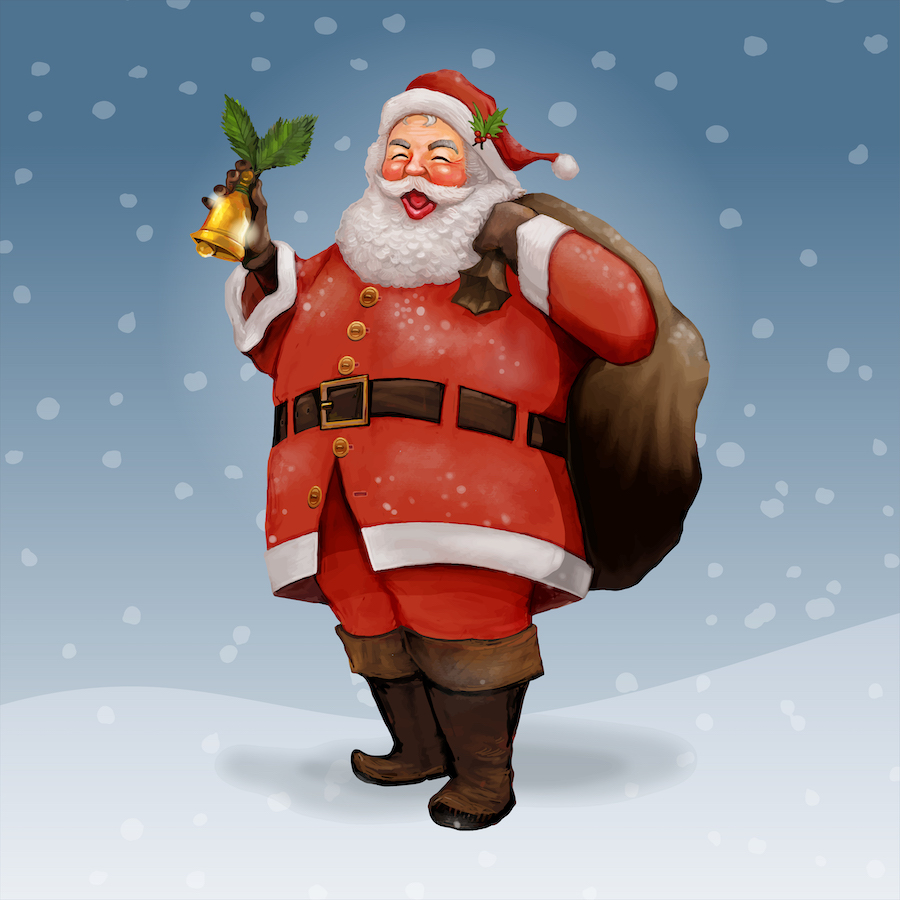 Where Does Your Family Land on the Santa Debate?
Here’s a Look at Both Sides