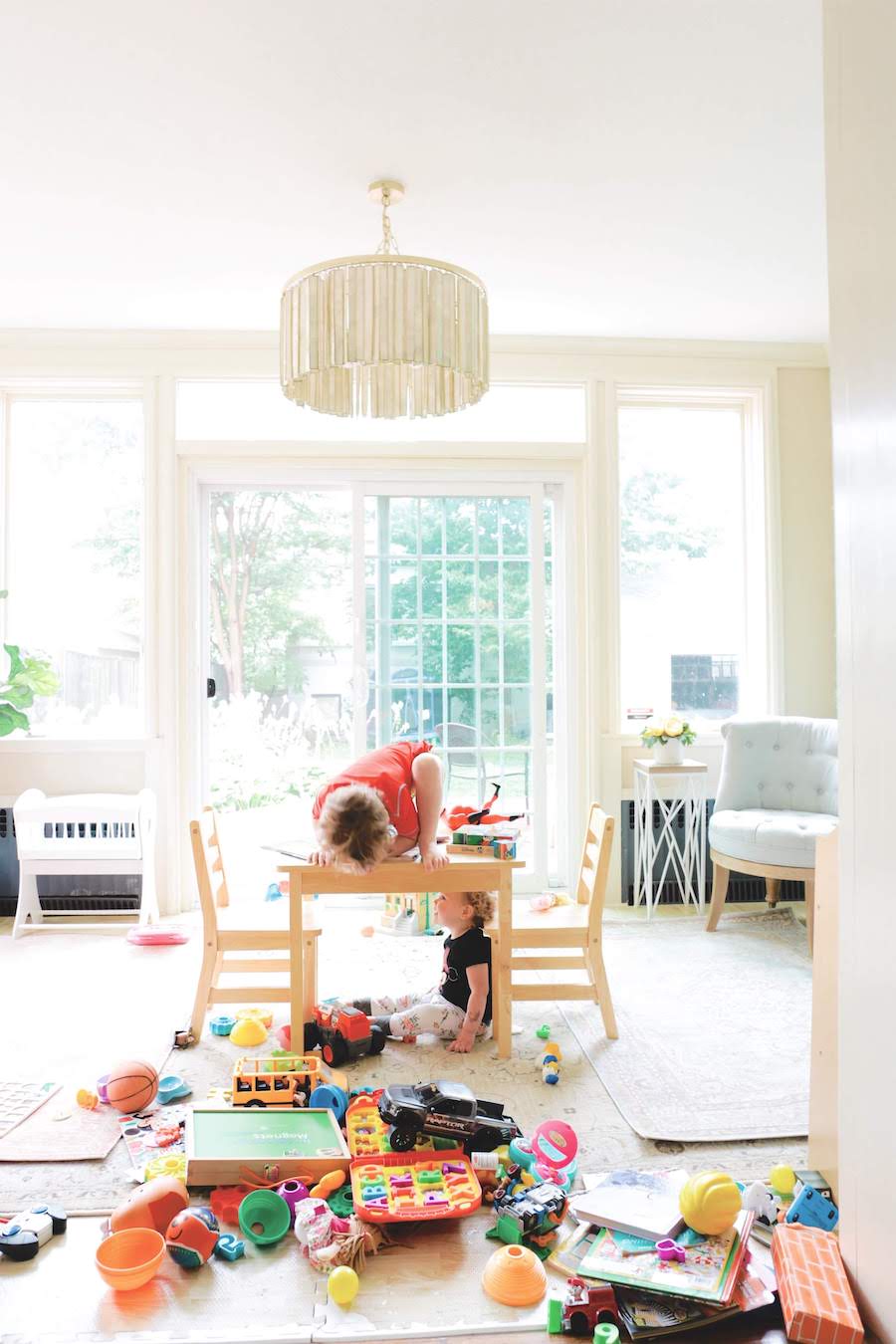 I have lost count of the number of times my dream of a long, hot shower has been dashed by one of my children needing to use the bathroom. So imagine my delight when I was able to steal away 30 minutes in the middle of a weekday—visions of solitude in a haze of steam and soap bubbles dancing in my head. It was the stuff of every self-care article you’ve ever read: candle lit, mind blank, etc. Only, it wasn’t until I was stepping onto the bathmat afterward that I realized to my great horror, I had been humming Baby Shark the entire time.

Motherhood is like that. It’s impossible to toggle off and it’s clingy to the point of aggravation. Only a mom’s frazzled brain could take a moment of solace and stuff it full of the most maddening song known to humankind. This, I’m convinced, is the subconscious martyrdom of motherhood. It’s as if we have convinced ourselves joy and peace are in short supply, and so we do without so that our families won’t have to.

This, I’m convinced, is the subconscious martyrdom of motherhood. It’s as if we have convinced ourselves joy and peace are in short supply, and so we do without so that our families won’t have to.

To counter, I offer up the example of my sweet and loving husband. He has expensive noise-canceling headphones. He can drop into a deep sleep anywhere, anytime. And he, I recently discovered, has been squirreling away the toys and playthings that drive him insane. 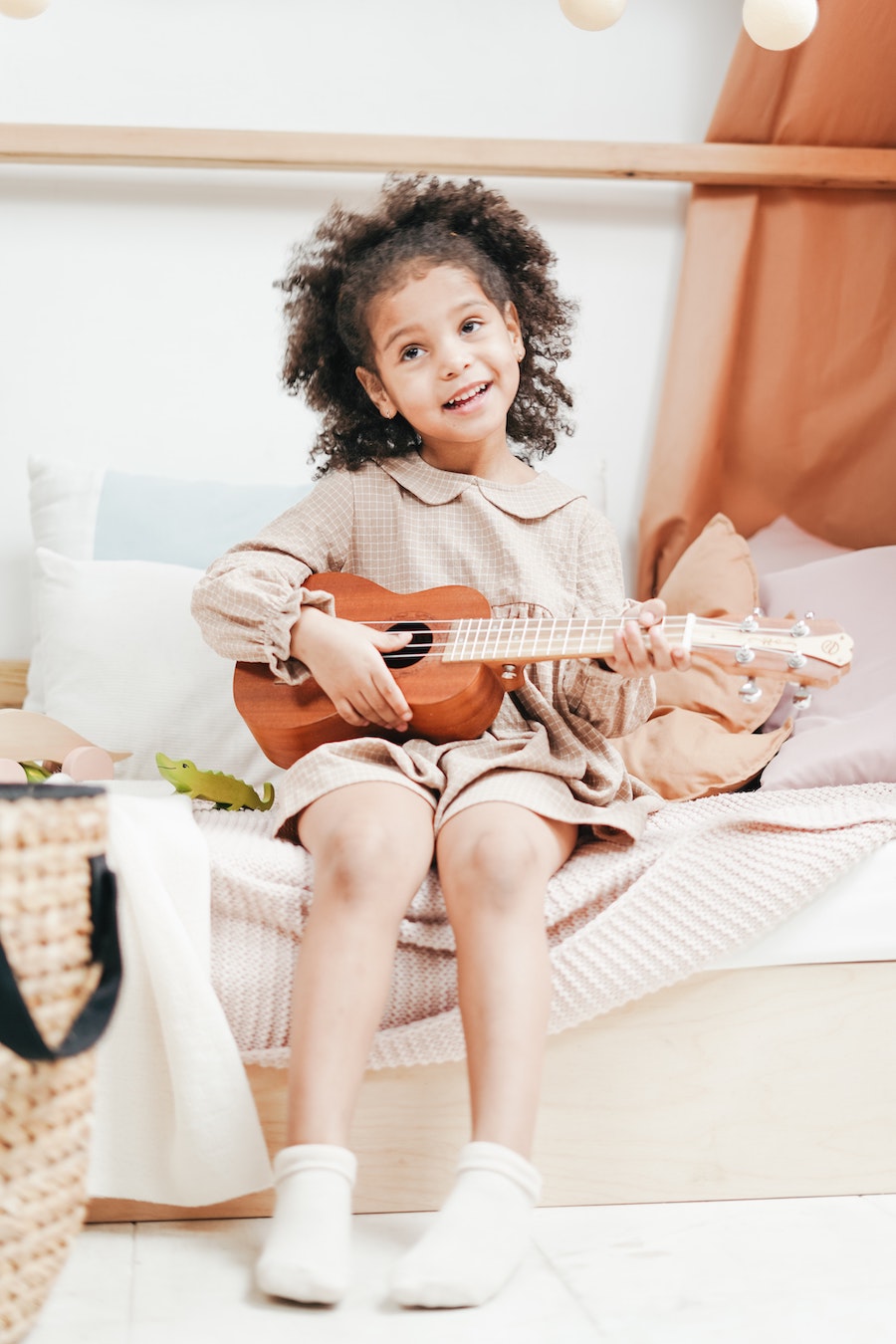 The Disappearance of the Too-Big Tap Shoes

For months, my 2-year-old clomped through our first floor in tap shoes two sizes too big. They often provided an uneven drumbeat to score sibling fights and unsanctioned cat-chasing. My daughter could run through a room and not only decimate a conversation, but also tense every set of shoulders in her wake. Once, I watched my husband dice veggies to the tune of her tap-dancing, each shuck of the knife more forceful than the one before.

So it shouldn’t have come as a surprise when, weeks later, I unlocked a kitchen cabinet to find the shoes neatly nestled in a bread-loaf pan. For days, the house was strangely quiet until my oldest rediscovered a toy trumpet. That, too, appeared one day inside a baking dish. A measure of solitude once again settled over our home.

So it shouldn’t have come as a surprise when, weeks later, I unlocked a kitchen cabinet to find the shoes neatly nestled in a bread-loaf pan.

And then a plastic Elsa doll went rogue and got its switch stuck in the on position, flipped to Spanish. For a little while, we did most things against the backdrop of a perky voice we could only imagine was asking us, “Do you want to see some snow magic?” It wasn’t long before I found Elsa face down across the toy trumpet, her batteries removed, safely locked away from our children. 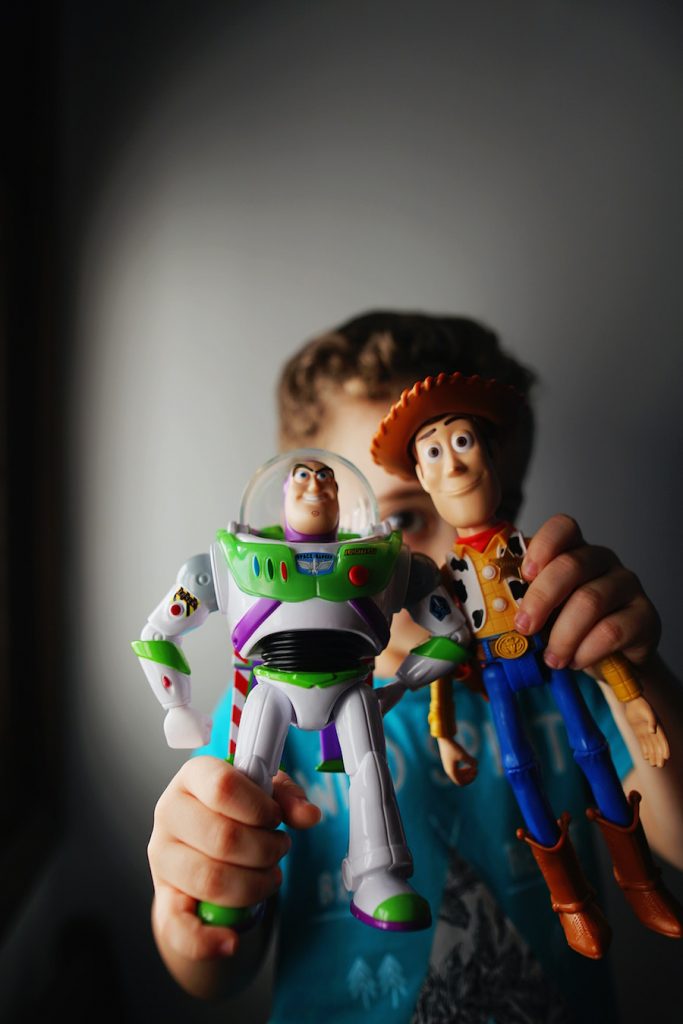 We have never once discussed the missing toys nor the near-magical way they wind up inhabiting the baking cabinet. In the stress that is pandemic parenting, devoting precious conversation time to the tap shoes or the trumpet has never felt important enough. Instead, it’s become a sort of secret game: I watch my husband wince at a harmonica or talking puzzle, and in no time it appears next to our baking dishes.

Look, my children are loved. They are creative, imaginative, and committed to finding fun in all its forms. They can while away a whole afternoon pretending, toy-free, to be dogs or dragons, or most recently, dog-dragons. They won’t miss the tap shoes, noisy instruments, and broken toys for long—and we won’t keep them tucked away forever.

So, what is this, a lesson in deprivation? Hardly. I assure you my children have plenty to play with, even with their dad taking from their toy box. Instead, I’m choosing to see it as a wake-up call; a check on my impulse to be miserable so that my children can be happy instead. It doesn’t have to be either/or. Particularly in this pandemic season, when we say ‘yes’ as much as we can because we’re so used to saying ‘no,’ I want to follow my husband’s lead and, for once, choose my own joy.

And you know what would make me most joyful? Finding a way to stuff Baby Shark into that cabinet, too.