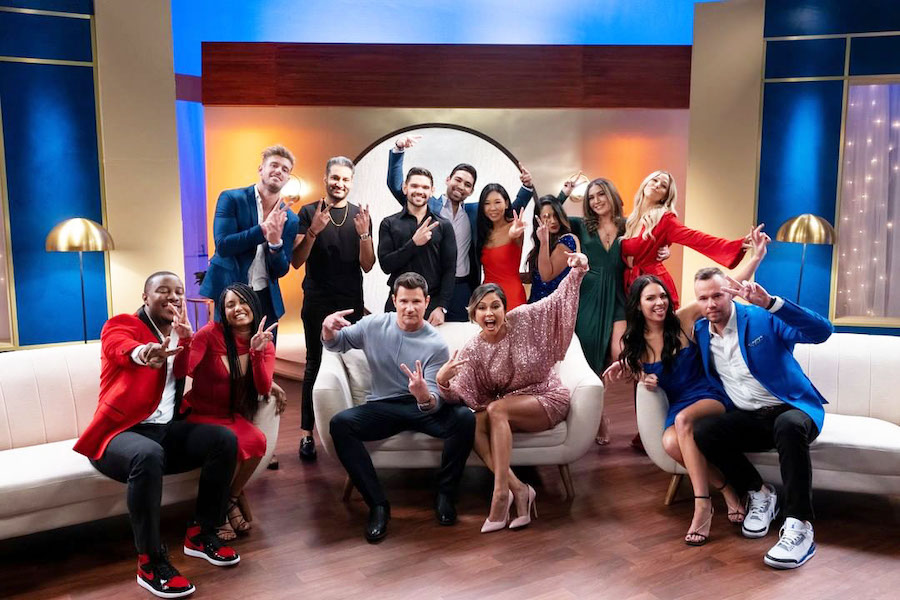 People love reality shows for the drama. Usually, reality TV isn’t on the top of my watchlist, but with the unique premise of matching couples up with extreme versions of blind dating, Netflix’s Love Is Blind had me hooked in Season 1 and now Season 2. (Warning: Spoilers ahead! If you haven’t watched Season 2 of Love Is Blind, stop reading here!)

While both seasons wrapped up with two couples committing to one another and getting married, several pairs had broken up in reveals that were shocking. Others? Not so much. But while I was watching, it wasn’t the couples that I loved the most—instead, it was the Love Is Blind parents.

Since the paired couples were a tad more diverse in Season 2, I knew it would mean a difference in parental reactions to their children coming home engaged to a practical stranger. Below are seven examples of why my favorite aspect of Love Is Blind Season 2 were the stars’ parents.

Fans of the show knew that Deepti and Shake were facing some challenges from the start, but what I didn’t expect was for Shake’s mom, Sita, to call him out on his behavior after saying he wasn’t physically attracted to his then fiancée—and very clearly tell him that Deepti deserved better.

Coming from an immigrant family where the males can often do no wrong, I was pleasantly surprised by Shake’s mom’s reaction. She told him, “[Deepti] could find someone who absolutely loves her the way she is,” after Shake complained about not having an “animalistic attraction” to his partner.

While we can only speculate why she identified more with Deepti than her son, I can imagine that Sita knew what her son was like and didn’t want him to say yes to a woman who deserved a partner that wasn’t so superficial and loved all of her.

Speaking of Shake and Deepti, Deepti’s parents were by far one of my favorite duos on the show. They are originally from India and had an arranged marriage. When their daughter came to them and explained how the pods and experiment on Love Is Blind worked, they were immediately supportive of their daughter’s connection and shared how strong their own love is after being matched in a similar way.

It was so refreshing to see an Indian-American family in the spotlight. As many BIPOC individuals know, our stories are often sensationalized on television to appear to the masses, but what we saw on Love Is Blind was a set of parents who love their daughter unconditionally and who just wanted the best for her.

Deepti’s parents welcomed Shake into their home with open arms, and instantly tried to support their relationship by being open about their own. Along with other viewers, I thought those scenes were beyond amazing and, honestly, gave Shake more than he deserved. And, in the end, when Deepti ultimately chose herself instead of deciding to marry Shake, you could see how proud her mom was that Deepti made the choice to put herself first.

Let’s talk about Natalie’s parents. Her mom was 100% real about how she wasn’t comfortable with her daughter finding love (and getting engaged!) on this type of reality dating show. She literally smacked her daughter’s hand when she asked if they wanted to see the ring her fiancé Shayne had given her. It was a moment some people around the world fully understood and, frankly, something I could imagine my own mom doing.

But her father, on the other hand, did not seem to be that surprised that his daughter was engaged in such a taboo way. While Natalie’s parents had differing opinions on whether or not getting married to Shayne on a reality TV series was what was best for Natalie, there was one thing that her parents never faltered on— their love and desire for their child to have happiness and what was best for her.

SHOUTOUT NATALIES DAD for being such a good father!!❤️ Without your love she woulda ended up marrying that MAN CHILD shayne! #LoveIsBlind pic.twitter.com/mDe5uC0lnY

As I personally grew up in a family that wasn’t always forthcoming about their love, it was so refreshing to see a father act this way. He was extremely accepting of Natalie’s decisions, and ultimately loved her for herself, regardless of the wedding situation—and he wasn’t afraid to show it.

Despite how you may feel about Shaina as a person, I have to say I was fully in support of her parents’ reaction to her engagement while watching Love Is Blind. Coming from a very Christian home, Shaina’s mother and father were forthright about what type of family values they knew their daughter would find important. And while the scene where Kyle meets Shaina’s family was so awkward (I could literally feel the tension through the screen), I knew that I would have done the same as her parents. They knew their daughter, they knew this relationship was visibly shaky, and they were not afraid to call Shaina and Kyle out for being mismatched.

In this most-recent season of Love Is Blind, I was also a huge fan of Danielle’s mother. While she was very open and warm with her daughter’s fiancé, Nick, she was also really straightforward about asking tough (and sometimes awkward) questions. From her interaction and conversations with her daughter, she was very honest about Danielle’s quirks. Fans could see that she wanted to make sure that Nick was aware and ready to handle a long-term relationship with the daughter she cherishes.

Jarette’s parents were another fan-favorite on Season 2 of the Netflix show. Upon meeting for the first time, they were very adorable and accepting of his fiancée, Iyanna. But what brought me to tears was Jarette’s father’s wish to marry Jarette and Iyanna on their wedding day. He divulged that, as a minister, he had been asked many times to officiate marriages, but wanted to wait until he had the honor of officiating his eldest son’s wedding first. While I had reservations about Jarette choosing Iyanna as a second option in the pods, there was no denying the love this family had for one another. I am so happy that they accepted Iyanna with open arms.

Last but not least, Iyanna’s parents were by far my favorite couple on Season 2 of Love Is Blind. While they were not contestants themselves, they were the parents we all needed to see—and listen to, as well. We were first introduced to Iyanna’s parents in the pods when Iyanna told her future fiancé, Jarette, about her past, and revealed that she was adopted as an adult. As an adoptee myself, I was instantly intrigued and eager to meet her mom and dad.

They were all I expected and more. The moment they met Jarette, you could tell they were extremely hesitant to offer their support. Iyanna was their daughter through and through, and they wanted what was best for her and did not mess around. And every step of the way, they had her back. What more could you want from your mom and dad? 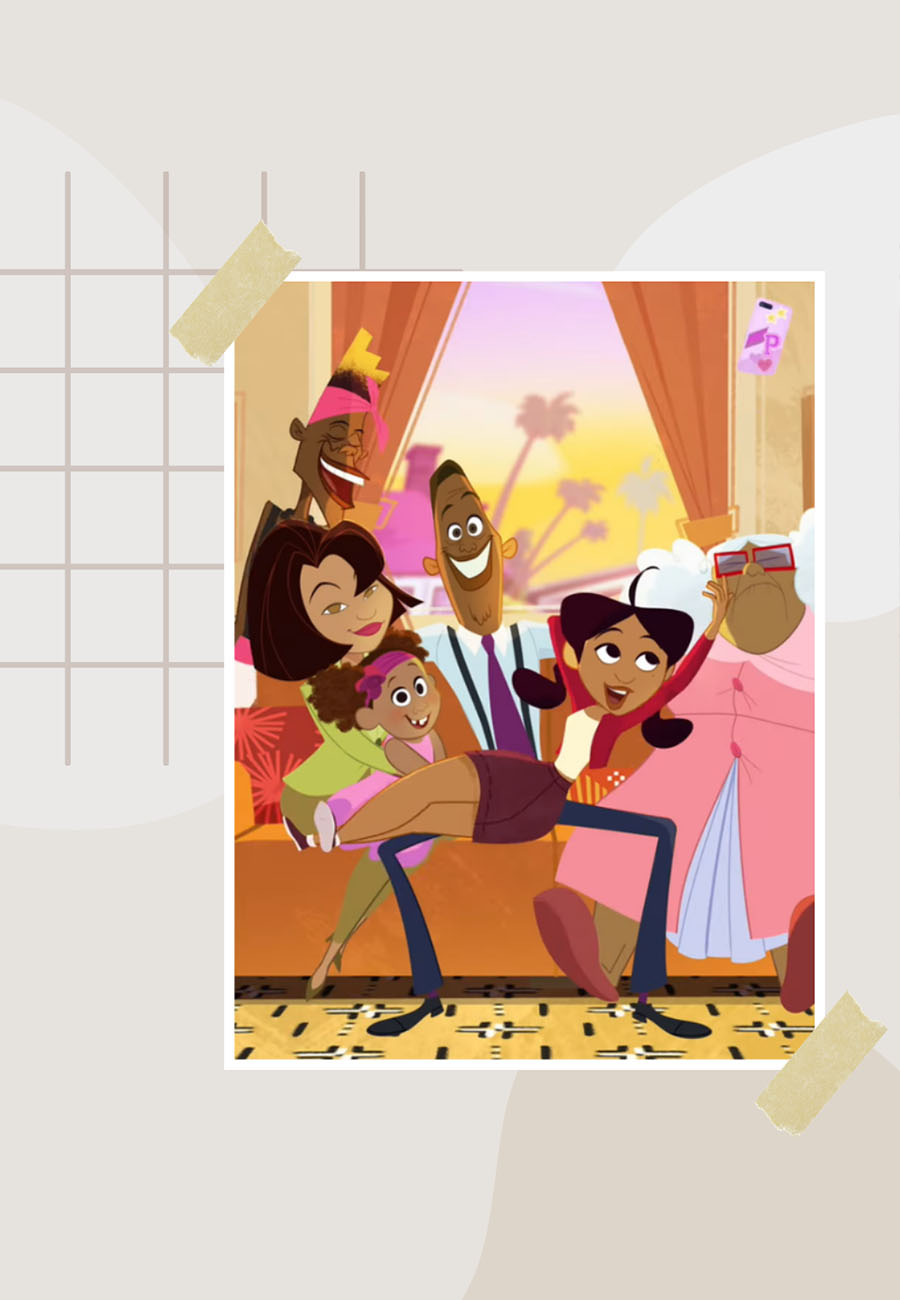