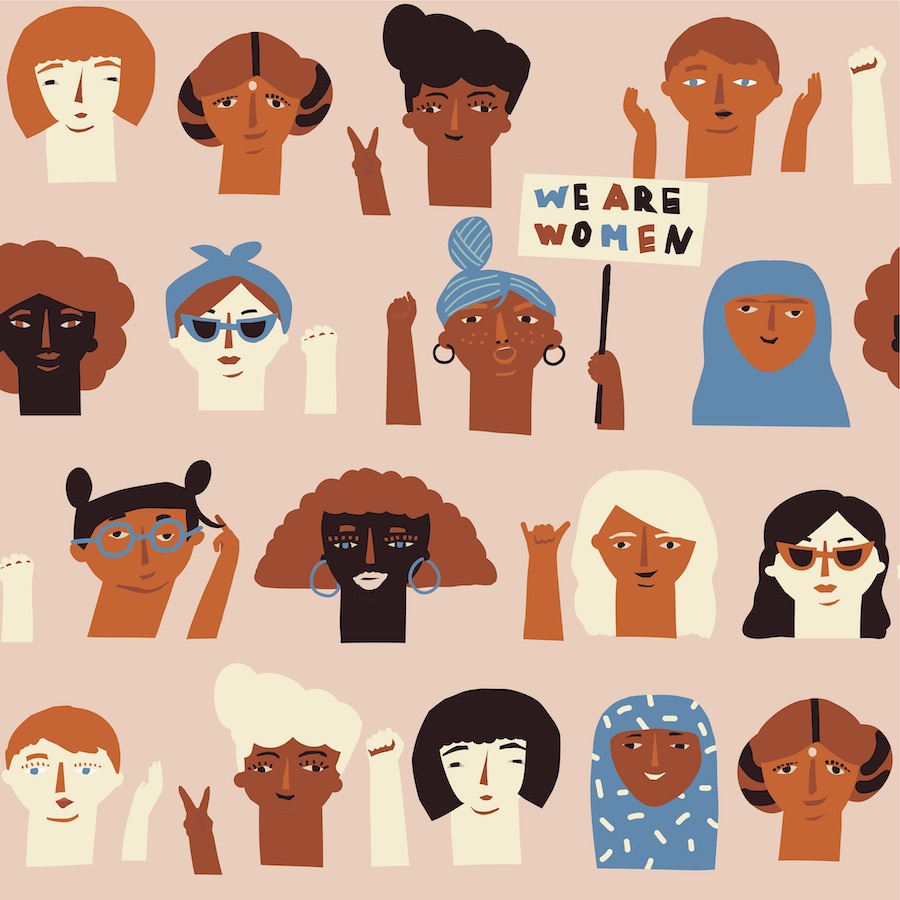 Motherhood has a way of resigning us to a lifetime of sharing. Once our children enter the picture, nothing is truly ours again—not our beds, not our meals, and not even our personal space.

What we do in the voting booth is no different. With each election we participate in, we share our voice with our children. Without the ability to have their own say, we make our decisions with their futures in mind. What kind of world do we want for them? How can we transform our hopes and dreams for them into public policy that brings those ideas to fruition? Our responsibility as mothers is huge and endless, and tomorrow’s election puts that struggle into focus.

There’s a lot on the line tomorrow, and the collective choice we make will almost certainly affect every one of our children, if not tomorrow then someday. As we’re learning day-by-day, elections have consequences. We will continue to wrestle with outcomes regarding climate inaction and our current public health crisis for years to come. Every decision made tomorrow will reverberate far into our little one’s futures. We can’t afford to misstep now.

Mom Fashion /
Shop 6 of Our Favorite Loungewear Outfits From Old Navy
Need to spruce up your at-home wardrobe? We've put together six cute, comfy, and budget-friendly loungewear looks from Old Navy. This way to shop! —>

There’s a lot on the line tomorrow, and the collective choice we make will almost certainly affect every one of our children, if not tomorrow then someday.

That’s why I’m sitting here at 2 in the morning, reaching out to any and every reader who might vote for a single issue tomorrow. This year, 30 percent of American voters have admitted to doing just that—all casting a vote for a Republican out of duty to the pro-life cause.

Please don’t misunderstand my intent. I’m not looking for an argument on when life begins or whether abortion is morally bankrupt. I won’t challenge your beliefs. But I would like to discuss strategy—all in the name of choosing the best candidates, up and down the ballot, who will do right by our children on more than a single issue.

I think it’s fair to say that no one is pro-abortion. So, if we can agree that, at its very basic, our shared goal is to see fewer abortions in the world, we should be pushing forward policies that evidence shows make a difference.

It’s important to note here that in 2017, national abortion rates had sunk to their lowest level since Roe v. Wade was enacted in 1973. And there is mounting research to suggest that what moved the needle was not the pro-life movement at all, but rather Democratic policies at play: things like comprehensive healthcare and increased access to birth control.

While Roe v. Wade legalized abortion at the federal level, state laws—and the endless red tape they dredge up—can all but ban the procedure. Since 1973, the U.S. has seen 1,271 abortion restrictions at the state level, in some cases mandating waiting periods, ultrasounds, building requirements, and the consent of parents or partners. Growing evidence shows that these laws do little to impact nationwide abortion rates.

In fact, in researching the falling rates nationwide, the Guttmacher Institute found that the states that did not advance a pro-life agenda showed the highest rates of decline overall, accounting for 57 percent of the dip. On a global scale, the World Health Organization has stated that “Legal restrictions on abortion do not result in fewer abortions, nor do they result in significant increases in birth rates.” In my estimation, that’s just another way of saying that restrictions don’t deter women from having abortions—they just keep them from having safe, legal ones.

On a global scale, the World Health Organization has stated that ‘Legal restrictions on abortion do not result in fewer abortions, nor do they result in significant increases in birth rates.’

As new laws crop up from state-to-state limiting access to abortion care, legislators often cite women’s safety as their most noble motive. But a report from the Center for Reproductive Rights linked states with more restrictive policies to greater gaps in healthcare for women, children, and families. Translation: local governments enact draconian laws under the guise of women’s well-being, but don’t fight for them when it really matters—on issues of healthcare, childcare, maternal mortality, and paid maternity leave, for example.

“In reality, abortion restrictions are put in place to make it harder for individuals to access what is already a very safe procedure. They purposefully create hurdles and burdens so people feel exhausted and stigmatized while trying to access abortion care,” said Vanessa Arenas, the Deputy Director of Preterm, a non-profit sexual health clinic in Cleveland, Ohio.

Abortions are safe. Restrictions make them less so

Anti-choice activists often throw the safety of abortion into question—despite research concluding that the procedure is no more dangerous than your average colonoscopy. The Bixby Center for Global Reproductive Health found that more complications arise from extracting wisdom teeth than they do from safely-performed abortions.

But that doesn’t mean unsafe procedures don’t happen. Worldwide, WHO reported 47,000 deaths in 2008 and 5 million hospital admissions resulting from unsafe abortions. The driving factor? A “lack of safe abortion services, even where they are legal.”

As conservative legislators doggedly chip away at abortion rights here in the U.S., six states are now down to one clinic each. In each of these states, women must scale several barriers, from traveling across the state to securing time-off to arranging childcare, in order to seek the medical assistance they need. Of course, these severe restrictions don’t impact women equally: those who are living in poverty, struggling with a mental health diagnosis or substance abuse, or based in communities that stigmatize abortion are more likely to suffer the consequences of reduced access to care.

“What we often don’t hear about is the impact on the lives of families when abortion access is delayed or even denied … Women denied abortions are four times more likely to be living below the federal poverty level, more likely to be struggling to feed their kids or pay rent, and even more likely to be forced to stay in contact with violent partners,” Arenas said, citing a 10-year study from the University of California, San Francisco.

So, if restricting access to safe, legal procedures is more harmful than helpful, what is stemming the tide of abortions here in the U.S.?

“We know that increasing access to affordable and effective methods of birth control results in fewer abortions because it gives people the ability to prevent pregnancy,” said Dr. Gillian Dean, Senior Director of Medical Services with Planned Parenthood Federation of America.

Dr. Dean cited the Affordable Care Act and many states’ expansion of Medicaid as the driving forces behind our historically low abortion rates. Women, and in particular Women of Color, represent the majority of those enrolled in Medicaid. So, it’s little wonder that increasing their access to reproductive healthcare would partly be responsible for declining abortion numbers.

When they have agency over their bodies, comprehensive healthcare, and access to reliable contraception, women are positioned to design their own futures—including if and when to start families, thereby negating the need to access abortion care in the first place.

Read More: On Politics: Don’t Tell Moms to Stay in Their Lane