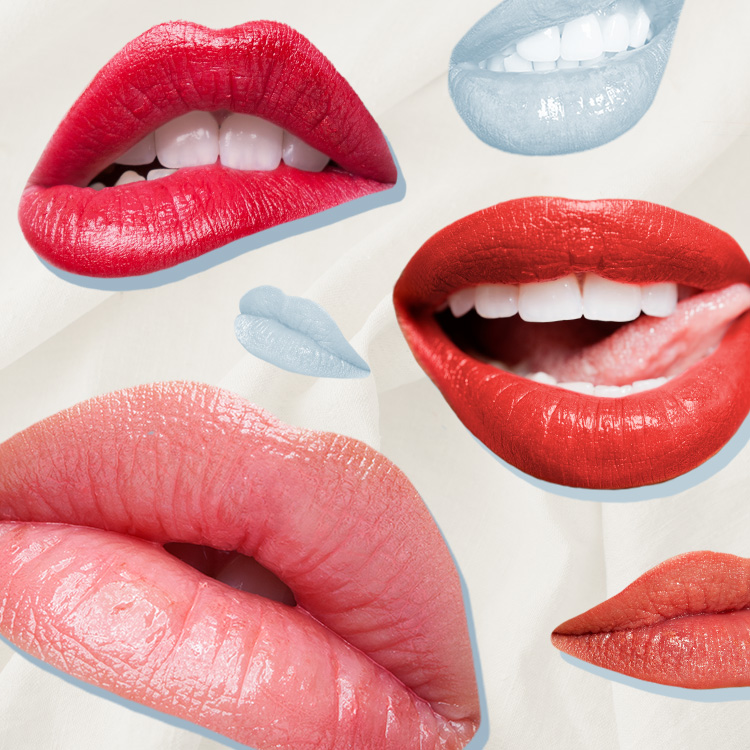 The truth is, there’s no one-stop shop; one route to orgasming doesn’t exist. According to an article by the BBC, the mystery of the female orgasm has lived on for generations. But so much of what women enjoy during sex is beyond the mythical G-spot or clitoral versus penetrative sex.

There are so many obstacles. Whether you have issues with a low libido or sex drive, are with a partner who just doesn’t get it, or want to learn how to sexually please yourself, you’re likely sick of faking it or turning over in frustration. The hope that next time will be different isn’t enough anymore. So for all of my unsatisfied ladies out there, we reached out to OB-GYN Dr. Fatima Daoud and sexual health expert Dr. Kryss Shane to transform the way you think (and feel) about sex. Here is what they had to say:

Meet the expert
Fatima Daoud Yilmaz, MD
Clinical assistant professor of Obstetrics and Gynecology
Meet the expert
Kryss Shane, PhD LSW, LMSW
Sexual Health Expert
In this article
1 Sexual Pain Isn’t Normal, We Promise
2 Advocate for Your Needs Rather Than Faking Orgasms
3 Low Sex Drive? Start by Finding Pleasure in Other Ways
4 Accelerate When You’re Ready
5 Other Factors to Consider
6 Postpartum Sex Is Different, and It Should Be

In the realm of health, there have been many stories of women being invalidated and ignored. Too often, we eventually accept the pain we experience as normal, and that’s where things become worse, especially in the bedroom. Sex is an act that requires both consenting parties to aid each other in mutual pleasure. But because of the lack of communication between partners and lack of knowledge on the female anatomy, this problem becomes a cycle that is seen as normal or, worse, expected.

Before seeking medical help, it’s important to spot the “easy” fixes. Dr. Shane said that “sometimes, it’s just about reevaluating what you believe about sex and your own body.”

This can show up in forms of self-care that may or may not involve our partner. For example, wearing clothes that accentuate your body, tackling negative opinions about sex, or making an effort to put your pleasure first are major keys.

Although having a new mindset can be transformative, it’s important to still listen to your body if pain persists. Dr. Daoud said it’s important to know when to seek medical help. Ignoring the issue can only worsen the problem, and the discomfort that may occur when discussing sex is a barrier that should be nonexistent. “Shame isn’t exactly an aphrodisiac, and when people are too shy to speak up when they feel that something is lacking in this department, the situation rarely gets better on its own,” Dr. Daoud said.

Shame isn’t exactly an aphrodisiac, and when people are too shy to speak up when they feel that something is lacking in this department, the situation rarely gets better on its own.

Furthermore, Dr. Daoud said  “serious medical conditions, such as endometriosis or depression, can manifest as difficulty in the bedroom” and truly impact our mental, physical, and spiritual selves. 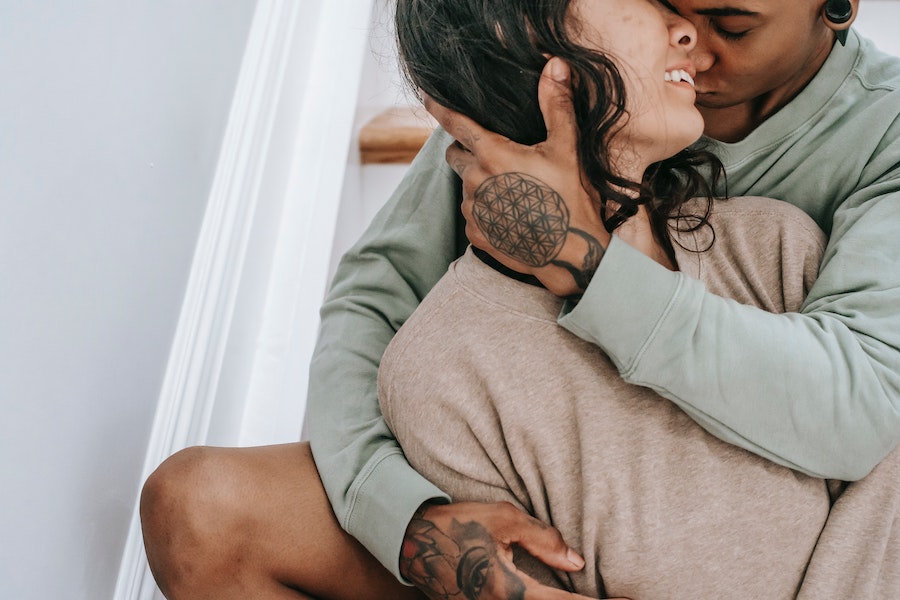 Advocate for Your Needs Rather Than Faking Orgasms

We’ve all been there before. And although faking orgasms might seem like the right thing to do in the moment, it’s actually unproductive for everyone involved. If your partner doesn’t want to hear how to pleasure you more effectively, that’s a red flag that needs to be addressed.

Dr. Daoud pointed out the importance of women advocating for themselves and their orgasms. “We live in a culture saturated with media images of sex and pornography, the majority of which caters to male sexuality and puts it on a pedestal while simultaneously watering down female sexuality,” Dr. Daoud said. When we realize “that we owe it to ourselves to put in the work and explore and understand our likes and dislikes when it comes to sexual satisfaction,” breaking down the walls becomes that much easier. Altering your idea of what sex should be can make it a unique experience that fits you.

We live in a culture saturated with media images of sex and pornography, the majority of which caters to male sexuality and puts it on a pedestal, while simultaneously watering down female sexuality.

Foreplay’s a major talking point if you feel like your partner isn’t satisfying you. Is there enough kissing? Touching? Talking, even? The feel-good hormones that release when you’re kissing, hugging, or cuddling are major when it comes to enjoying sex. We all become stimulated by different acts, so it’s important to talk with your partner about what could be more—or less—in that department.

Overall, it’s important to note that the escalation to sex may be more stimulating than the act itself. Dr. Shane pointed out that “those who struggle to orgasm because they are so goal-oriented are actually in their own way because the focus is on the goal, not on the experience.”

Those who struggle to orgasm because they are so goal-oriented are actually in their own way because the focus is on the goal, not on the experience.

The idea that couples climax at the same time or that if you don’t orgasm, you didn’t have a good time keeps us locked in false narratives that are extremely damaging. Once you rid yourself of those expectations, sex can be filled with living in the moment.

Low Sex Drive? Start by Finding Pleasure in Other Ways

A huge barrier that may be in your way is your libido. For women who once prided themselves on their ability to orgasm, engage in sex often, or simply crave intimacy, it’s difficult opening up about how your body and mind are changing.

If you’ve found yourself with an unusually low sex drive, Dr. Shane said it’s all about allowing yourself pleasure in general. “Whether it’s taking time to enjoy a good piece of chocolate melting on your tongue or the tactile feel of a fuzzy blanket or the way your skin feels when you step into a hot shower, by allowing yourself to take time to focus on these moments, you set yourself up to better focus on the pleasure of sex, which can lead to increased arousal.”

Recognize how your arousal has changed. Devote more time to new forms of foreplay, make time for spontaneous dates, and be sure to keep a healthy line of communication with your partner as you navigate your changing body.

Whether it’s taking time to enjoy a good piece of chocolate melting on your tongue or the tactile feel of a fuzzy blanket … allowing yourself to take time to focus on these moments [sets] yourself up to better focus on the pleasure of sex, which can lead to increased arousal.

It’s important to analyze your partner, too. With a changing body comes a changing relationship. A negative or uncomfortable one can definitely have an impact on your sex drive or feelings toward sex in general.

Other Factors to Consider

With aging, your lifestyle or diet may become a primary obstacle in your sexual performance, too. According to Dr. Daoud, “there is no one trick or superfood that can be listed to help women become aroused” besides a healthy, balanced diet that includes physical activity.

If all else is solid, it’s important to create an open relationship with your medical professional. Hormone imbalances that come alongside menopause or side effects of medicine or another medical concern may be the problem. Dr. Daoud also pointed out that it’s important to “remember that only a small minority of women can orgasm from penetration alone; many require lots of foreplay and clitoral stimulation (oral, manual) to build sexual excitement and bring them to the brink of orgasm.”

Postpartum Sex Is Different, and It Should Be

It’s no secret babies change everything—and that includes your sex life. The idea that your body should be ready to “bounce back” into sex creates at six weeks postpartum puts an uncomfortable, and possibly dangerous, expectation on women. There’s no specific timeline on when you should be having sex again.

Many women report having sexual pain in and around their pelvic floor post-pregnancy due to traumatic delivery experiences. Although caring for the body during the “fourth trimester is a growing conversation,” Dr. Daoud explained, “Complications from childbirth including prolonged pushing, episiotomy, severe perineal tearing, labial/clitoral tearing, cesarean during labor, shoulder dystocia, incontinence after delivery, etc. can all contribute to significant anxiety surrounding pain and the re-initiation of penetrative intercourse.”

When and if you are feeling up to intercourse, having a child in the picture can definitely flip your relationship on its head. Because of a baby, or babies, you probably have less private time with your partner. Ultimately, this results in less sex and time for intimacy. Dr. Daoud’s advice is that “If sex is something that you want to prioritize after having children, you need to do just that: Prioritize it. That means making deliberate efforts and working toward a common goal. This can mean—hear me out on this one—scheduling sex.” Taking this turn can lead to feels of satisfaction from both parties.

If sex is something that you want to prioritize after having children, you need to do just that: Prioritize it. That means making deliberate efforts and working toward a common goal. This can mean … scheduling sex.

To keep days from fading into another and to keep you looking forward to that special day and time, allocating time for sex helps create a normalcy for all things intimate. Step into your non-parent selves and escape for a few moments. This can be extremely beneficial and an investment in your bond.

Even though there may be a million and one reasons why women have issues with sex, the empowerment that comes with trying new things, creating healthy communication with a partner, and finding pleasure in it all is the reason to keep going. Realizing that orgasming isn’t the only factor in your pleasure is just the beginning.

5 Easy Ways to Build Your Sexual Confidence
Click to Read