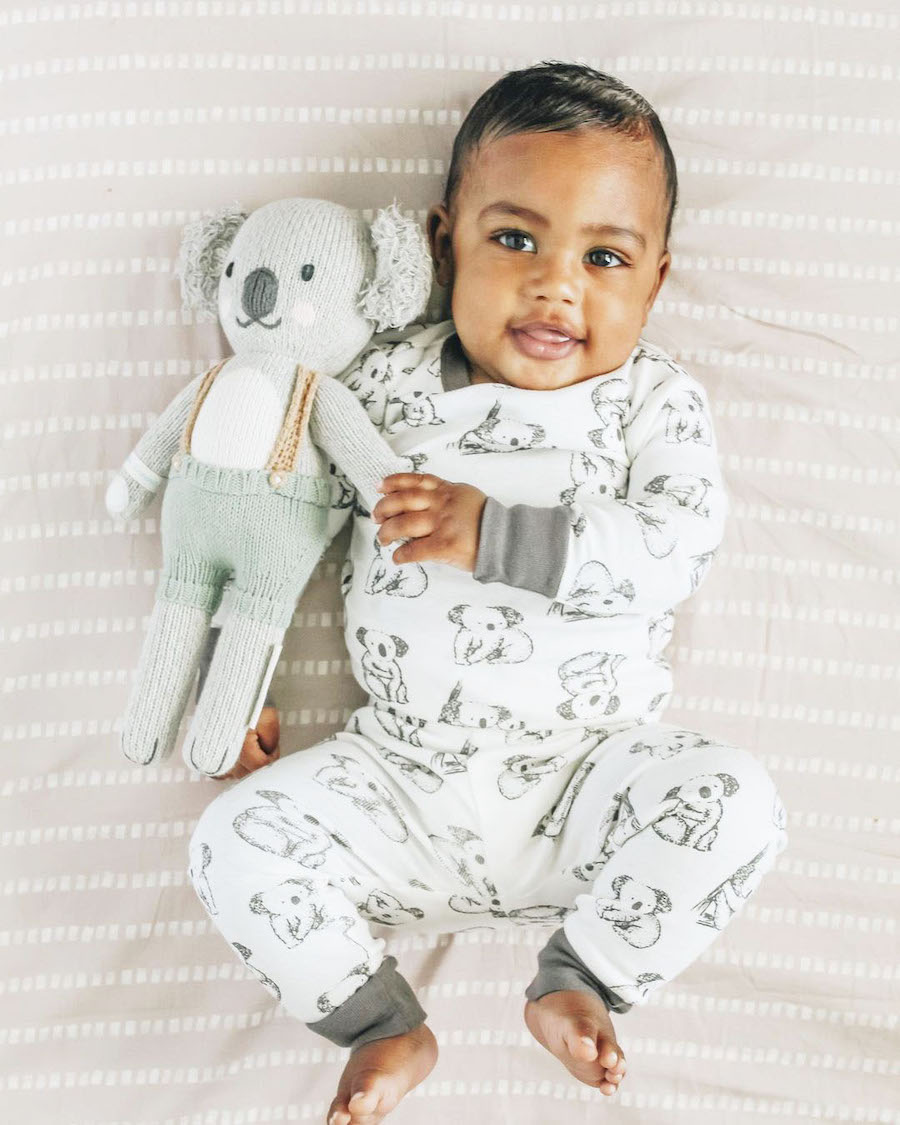 Parenting is a wonderful journey filled with both exciting moments and also many hurdles. One challenge that many parents face is getting their little ones to sleep. Your baby or toddler has finally developed great sleep habits, and then all of a sudden, they’re waking up multiple times in the night or refusing their nap. Often times, parents are dumbfounded as to why it’s happening. You check all of the boxes, from a dirty diaper to teething pain, but no signs are pointing to the cause of the sleep disruption. Does this scenario sound familiar to you? Although it’s super frustrating, it’s a common experience. Assuming your little one is not sick, it’s probably an indication that they’re going through a sleep regression.

What is a sleep regression?

A sleep regression is a sudden shift in the sleep patterns of a baby or toddler who was previously sleeping well. These shifts can be shown through nap refusals, more frequent night wakings, bedtime resistance, or even changes in their feeding patterns. A sleep regression usually lasts anywhere between two to six weeks. Often times during the sleep regression, children are also fussier than usual. Your once easy-to-settle baby or toddler is now fighting sleep. Let’s take a look at common ages at which sleep regressions happen and discuss developmental milestones. 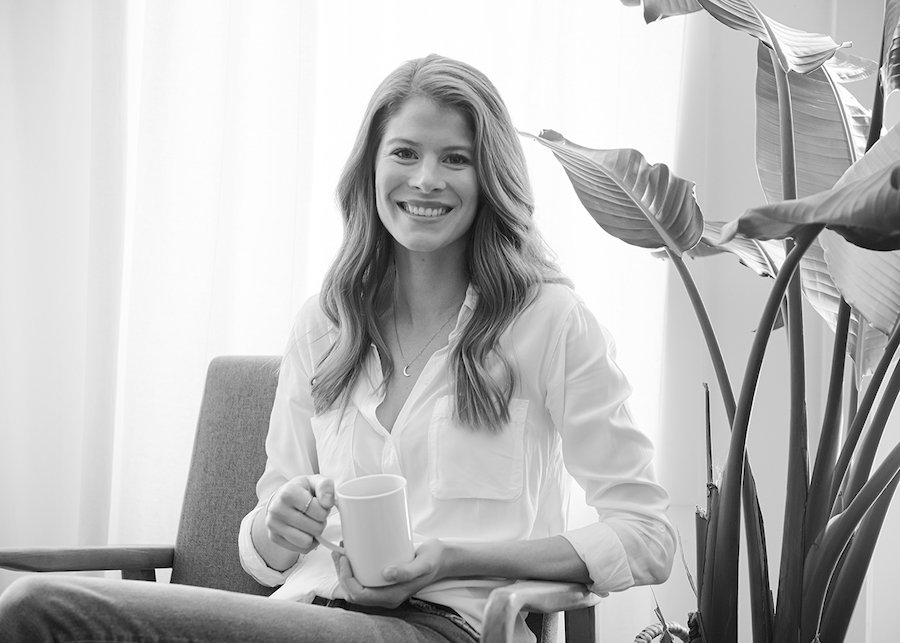 The first and most distinguished sleep regression happens between 4-5 months of age. Although it’s referred to as a regression, it’s actually a major progression in your little one’s sleep.

At 4 months old, your baby’s sleep cycles are maturing, and their circadian rhythm has begun to form. Your newborn, who was once moving through just two stages of sleep (REM and non-REM), is now shifting to a 4-stage sleep pattern that shifts through intervals in a 24-hour period. A circadian rhythm is influenced by light exposure, so this also means that your baby is now ready to consolidate sleep at certain times of the day. This biological clock development sets the 4-month sleep regression apart from others that your little one might experience.

Along with a developing circadian rhythm, your baby is becoming much more aware of their surroundings. Are you noticing that you used to be able to put your baby down in a well-lit environment and they would drift off to sleep, but they are now easily distracted? This is normal! If you haven’t already started, use a dark environment, as it’s critical to help your little one sleep longer during naps and night sleep.

Around 4 months, your baby will also learn the skill of rolling over. This physical development can also impact sleep. It is very important that in order to practice safe sleep, you no longer swaddle your baby if they’ve shown you they are able to roll. Because rolling is a new and exciting skill, your baby might be interested in practicing the skill as much as they can, including in the middle of the night. To avoid this, encourage lots of rolling practice during the day. 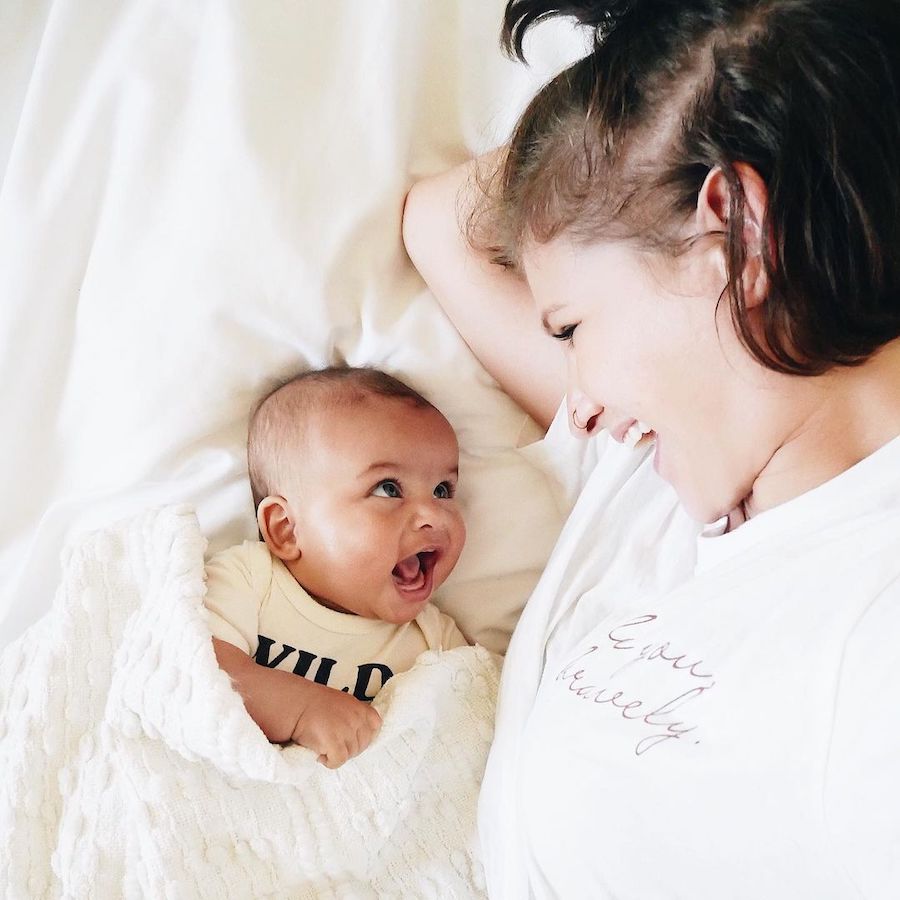 The next common age for a sleep regression is between 8-9 months old. At this time, your little one is rapidly developing, both physically and mentally.

Often times at this age, babies are starting to crawl and pull themselves up to stand. These physical developments are exciting for your baby, and they may want to wake in the middle of the night or during nap time to practice the newfound skill. The best way to avoid this is by spending as much time as you can practicing during the day so that your little one is less inclined to do so at night or during nap time.

Have you also noticed that your little one is now more aware when you leave the room? This is known as separation anxiety. Both separation anxiety and object permanence tend to peak between 8-9 months and can contribute to a regression in sleep. Object permanence is defined as when your child knows an object exists, even when it is hidden. Thankfully, there are some amazing ways to reassure your little one that you’re nearby, both during the day and in the evening. These techniques include playing peek-a-boo, occasionally leaving the room then coming right back when they are playing independently, and utilizing wave-like checks if they are having a hard time settling at bedtime.

Between ages 8-9 months old, your baby will also be ready for a nap transition. They were probably taking two longer naps with a cat nap in the late afternoon up until this point. If you’re noticing sleep disruptions, it might be time to navigate to a two-nap schedule by eliminating the afternoon cat nap. 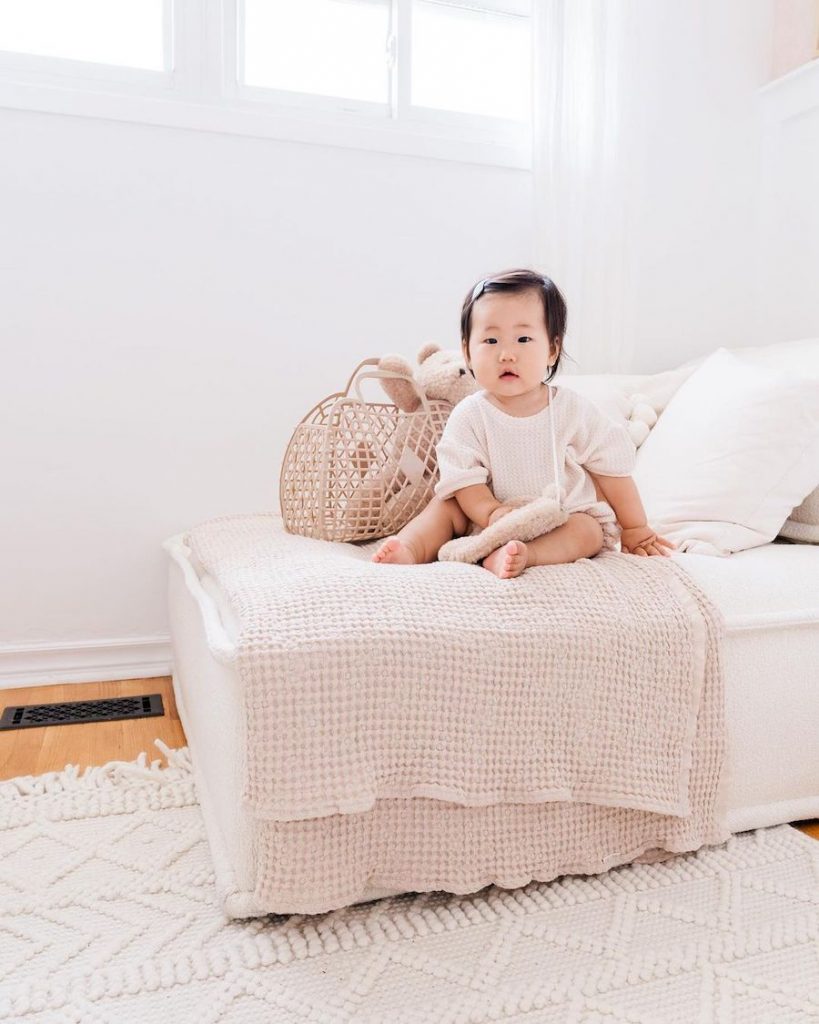 Your little one is now 1 year old! It’s amazing how fast a year can go by and how quickly your baby grows and develops. Here are some developmental milestones happening at 12 months old that can lead to a sleep regression.

At 12 months old, your baby may be starting to walk along furniture or taking their first steps independently. These are such exciting moments to witness as a parent! Similar to previous ages, when your little one is trying to master these movement milestones, it can lead to a disruption in sleep, so practice with them during the day.

Along with physical milestones, at 12 months old, babies tend to babble more and might even start to say their first words. Is your little one also starting to make gestures or wave goodbye? These are all signs that their language and cognitive development are both bursting at the seams. Your once young baby is now able to express their needs and interests in a new way. Spending time having sweet little conversations with them can be so helpful.

The most common way a sleep regression is shown at 12 months old is through nap resistance. If this is happening, stay consistent with offering the two naps. It’s also helpful to move into a schedule where you are capping the first nap at one hour to preserve sleep for the afternoon nap. I suggest holding onto the two nap schedules closer to 15-18 months old. 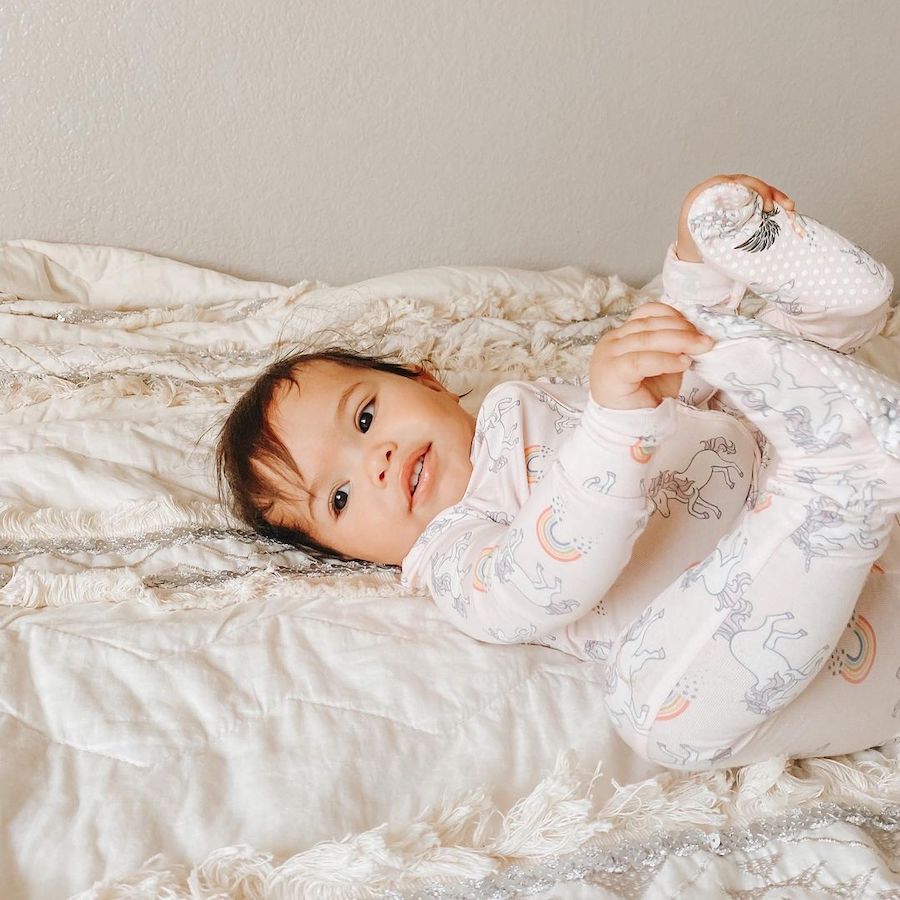 Although we already discussed separation anxiety at an earlier age, it’s common to see it peak again around 18 months old. Introducing a lovey as a security object to help ease separation is so helpful. I really love this one from Lucy Darling.

Preventing your little one from becoming overtired and using a ritualistic ending at bedtime, such as a song, will allow them to relax and feel comfortable falling asleep.

If your toddler is now wanting to do things on their own, it’s helpful to give them opportunities throughout the day and during their bedtime routine to practice independence. For instance, during the bedtime routine, let your little one hand you the book to read or turn off the light switch themselves.

The life of a 2-year-old is full of excitement and exploring. It’s common to find that all of a sudden, your 2-year-old goes through a period of time when they are no longer interested in napping. Fear of missing out on the outside world while they’re in their room can lead to nap resistance. To avoid this, have your toddler put some of their favorite toys to “sleep” prior to starting their nap time routine. It’s also important to continue to offer a nap to your toddler until they are between ages 3 and 5.

During this period of nap resistance, your toddler can become overtired. Chronic overtiredness leads to more night wakings, early morning wakings, and bedtime resistance. If your little one is temporarily refusing their nap, it’s essential to provide an early bedtime. Once they start napping consistently again, possibly push their bedtime back to the usual time. 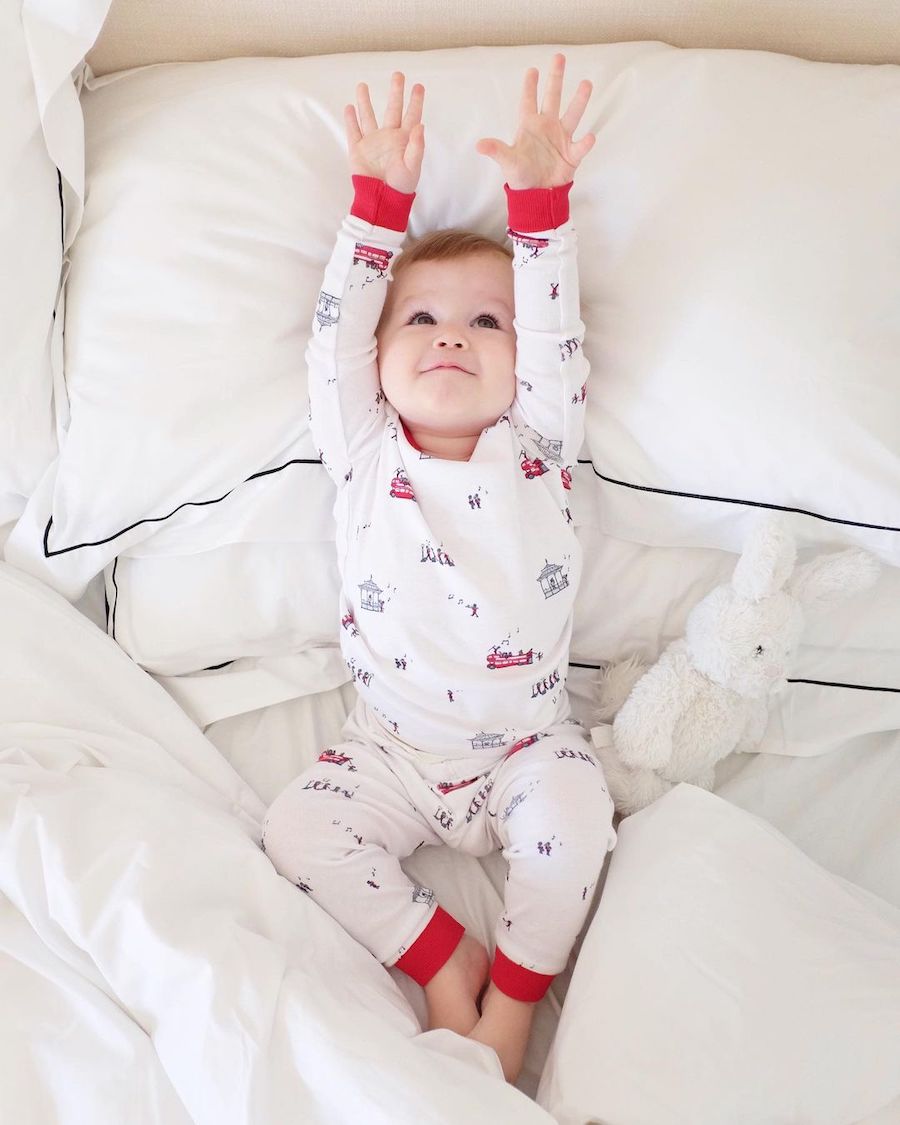 How to Survive Sleep Regressions

Now that you have an understanding of milestones that happen at certain ages and how they impact sleep, here’s summary of how to survive these sleep regressions.

Give it time & remain consistent

As mentioned earlier, a sleep regression lasts anywhere from 2-6 weeks. It can be very helpful when you’re in the midst of night wakings or nap refusals to remember it will pass. More times than not, by giving it time and remaining consistent, your little one will adjust back to their usual sleeping habits. Also avoid starting new sleep habits or using sleep crutches that you do not wish to continue once the regression passes.

Children and adults alike thrive in the sleep department when using a series of ritualistic steps prior to bedtime. By continuing the same routine during the sleep regression, your little one will know what to expect. Along with the routine, you might find it helpful to reassure your baby or toddler that you are nearby so they can settle into sleep. There are a variety of soothing responses, but some include wave-like checks or slowly fading your presence over time.

Pediatric sleep is often not a linear progression but instead an ebb and flow with short regressions like those mentioned above. After age 2, some common life experiences that could temporarily impact your little one’s sleep include welcoming a new sibling, moving, and starting a new daycare or school. Let’s break down some tips to help your toddler with these transitions to minimize sleep disruption:

With all of the changes mentioned above, your toddler will have an easier adjustment if they’re given an advanced warning of the life change. When welcoming a new baby, talk about the baby and your toddler’s soon-to-be sibling role. For a move or change in school/daycare, let your little one know by the week before that the change is going to occur. Like adults, this will allow your toddler to mentally prepare for what is to come.

When a life change is happening, toddlers often feel like aspects of their lives are out of their control. This can cause sleep disruptions and behavioral changes. The #1 way to ensure your toddler still feels autonomous and confident is to allow for limited choice. Limited choice is best done by offering only two choices, as any more than this is overwhelming to a toddler. Let’s look at an example: If your toddler is transitioning to the start of preschool and does not want to be involved in the process, show your toddler two backpacks and let them pick between the two.

Use a departure routine

Similar to a bedtime routine, a departure routine is a ritual that signals to your toddler that you are parting ways but will be back together soon. This might include a secret handshake, hug, or a phrase such as “mommy loves you & will be back to pick you up soon.” It’s helpful to always make time for your departure routine when you drop your little one off at school or daycare. 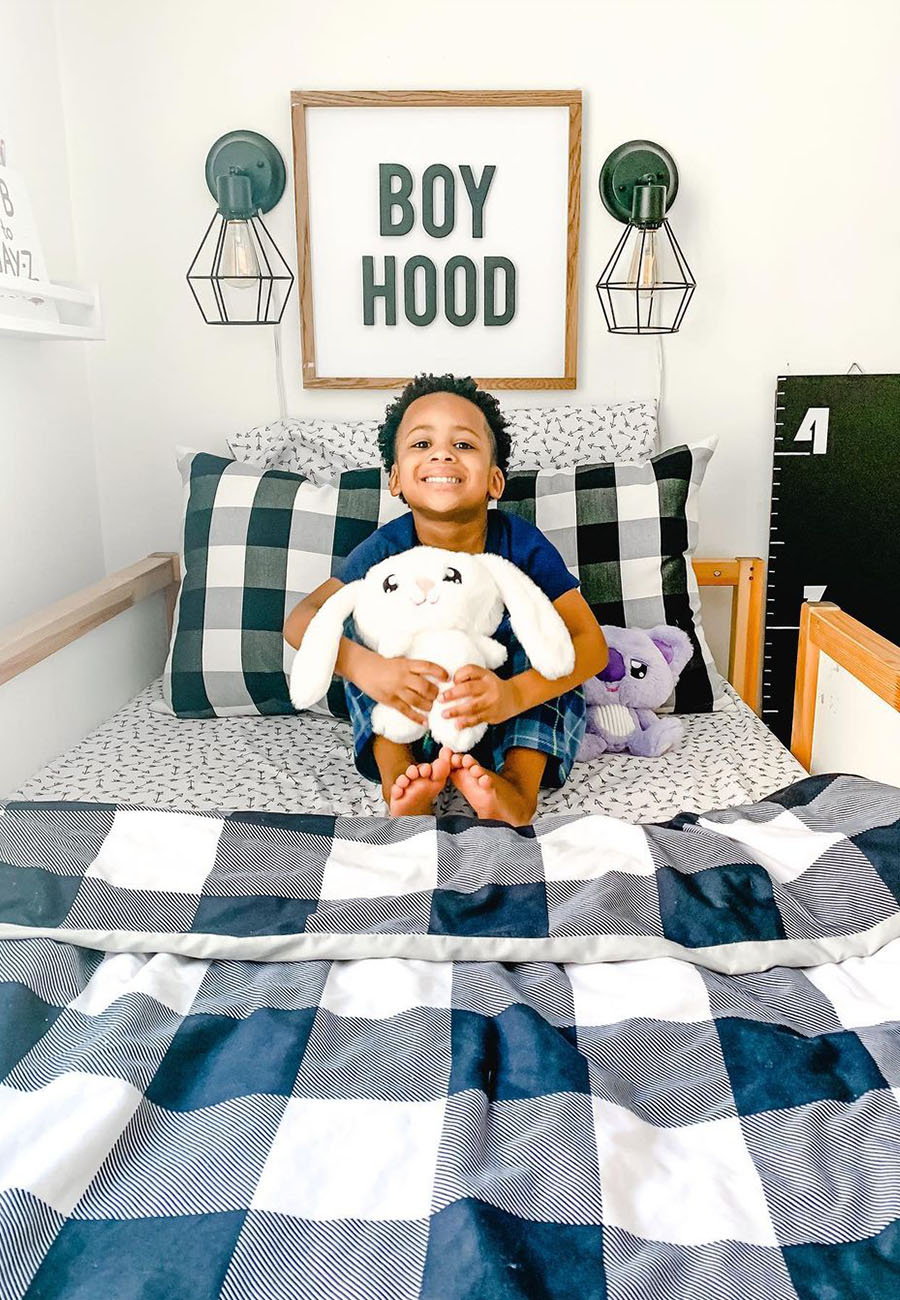 How to Tell If Your Child Is Ready to Give Up Naps, According to an Expert
Read More