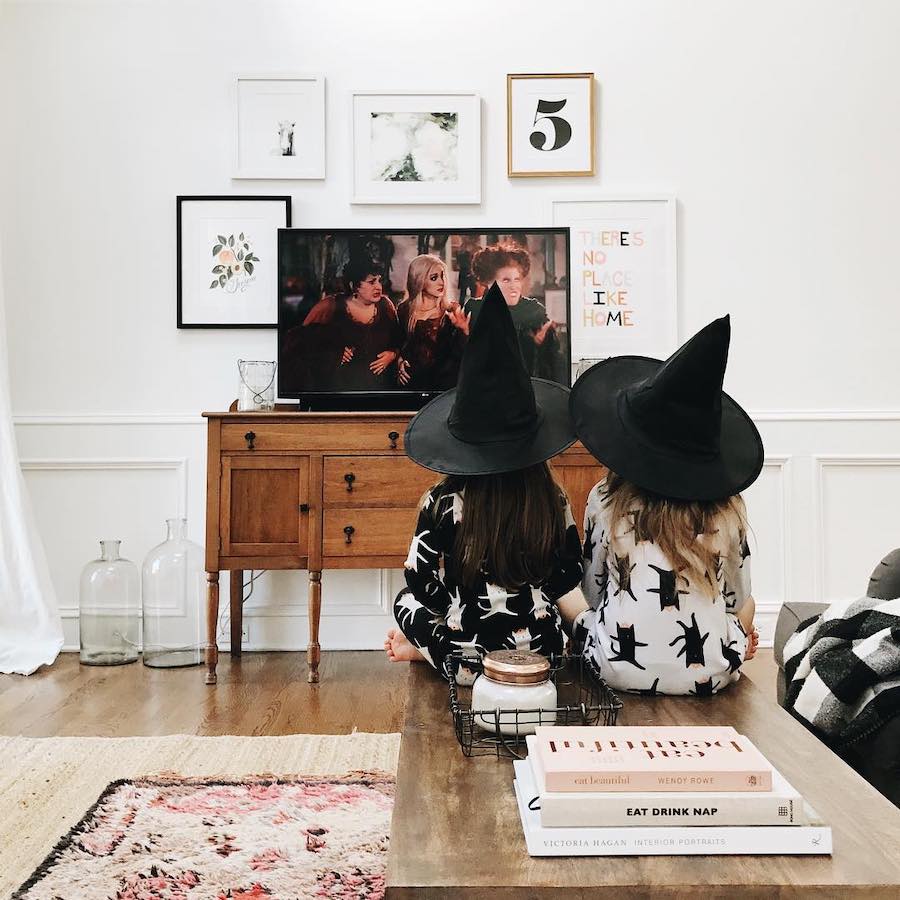 We can’t think of a better way to celebrate the spookiest holiday of them all than a round-up of our favorite Halloween movies. So grab your blankets and your bag of candy corn, because this is the movie marathon you’ve been waiting to watch all season.

When your kids wants to watch a festive movie…

Where to Watch: AppleTV

If you’re looking for a movie that will melt your heart and then put it back together again, this one is for you. The Charlie Brown movies are known for their wholesome messages that resonate to people of all ages (and this one is no different). Join the Peanuts gang to celebrate Halloween and wait for the Great Pumpkin this fall—it’s one that will leave you reaching for the tissues and feeling the comfort of yet another genuine moment in Peanuts history.

Wanting magic powers is pretty much a rite of passage in every childhood—and the reason why this movie continues to be so timeless. Prepare for a night with Marnie as she follows her grandma to explore a world of warlock and witches. As fun as it is family-oriented, Halloween brings together everything we love about this holiday in a way that only a 90’s movie could.

We all probably stayed up way past our bedtimes to watch Hocus Pocus to our heart’s content (and our parent’s annoyance) as kids. With that being said, the three Sanderson witch sisters are resurrected and back to stir up some trouble as Dani and her crew try to stop them. Honestly, we aren’t sure who is cheering more for this movie—us or our younger selves—and we can’t wait for the sequel in 2022!

The Nightmare Before Christmas (PG)

This classic 1993 Tim Burton film follows Pumpkin King Jack Skellington who’s bored of the same old scare routine in Halloween Town when he stumbles upon the magic of Christmas Town. Spooky songs and now-famous characters (i.e. Sally voiced by the incomparable Catherine O’Hara, Zero the dog, and Oogie Boogie—who might be a little bit scary for your littlest ones) round out this magical film. If you’re a big fan, also check-out season one of the Disney+’s original series Prop Culture for some behind-the-scenes fun.

Our favorite friendly ghost is back on our radar this fall and the child within us couldn’t be more excited. Kat and her father move into a mansion to find Casper and his three not-so-friendly ghost uncles. The dynamic of humans and ghosts is far from the usual, but you don’t have to ask us twice to revisit this movie. We’re all eyes and ears as Kat and Casper embark on a journey that proves to us that it’s sometimes the most unexpected friendships that create the best memories.

Where to Watch: rent on AppleTV

Mary-Kate and Ashley Olsen were the twins to be and we’ll watch every single one of their movies if we want to—especially this Halloween special. The twins play a pair of sisters who set out to rescue the one aunt who can help their family from debt—but are met with the discovery that she needs rescuing herself (since she’s stuck inside a magic mirror, of course). The plot is magical, the teamwork between siblings is enduring, and the feeling of happiness you’ll receive from this movie is worth every second. 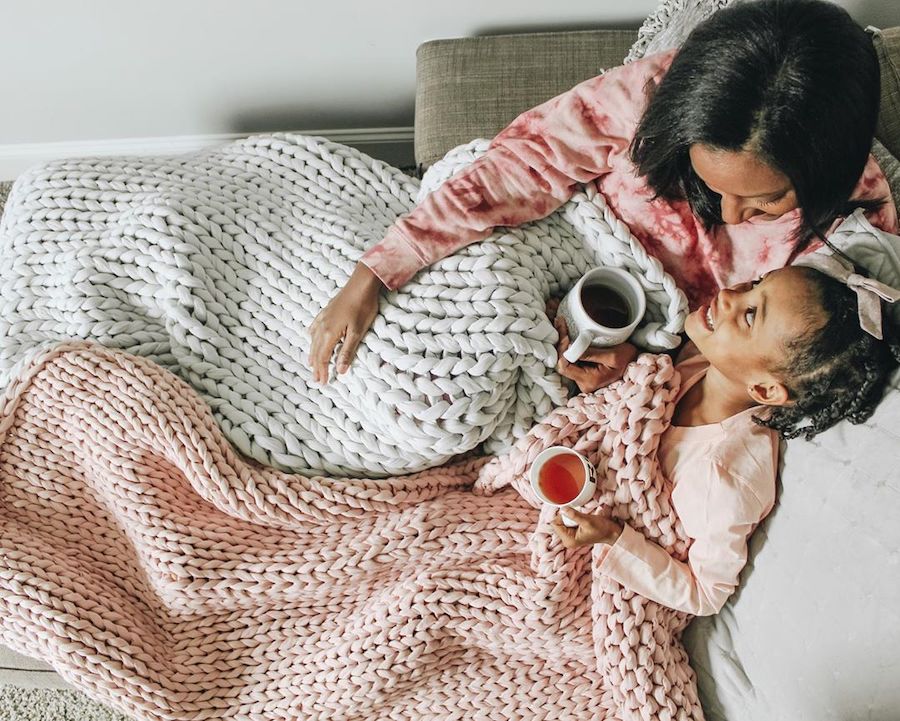 When you want to have a good laugh…

In this popular Tim Burton film, a recently deceased couple become ghosts in their home and realize their greatest threat is the human couple who now lives there. Of course, the only way to take back their home is to ask a witty ghost named Beetlejuice to scare the humans away once and for all. With the entertaining twist of the living haunting the dead, this movie is one that will have you laughing at the silly moments and forgetting all the scary ones.

When you’re looking for some comedic relief during the month of Halloween, who are you gonna call? GHOSTBUSTERS! Our list wouldn’t be the same without the mention of this enjoyable take on a team of parapsychologists who start up a ghost-hunting business in the middle of New York City. The sequel and the remake with a female comic cast are also worth a watch.

Shaun of the Dead

Here’s the reality about zombie movies—not everyone likes them, but the people who do absolutely love them. If you’re in this category of people, you’re no stranger to the scenes of gore and survival. To lighten the mood, Shaun of the Dead is as hilarious as any zombie movie can get. Meet Shaun—your typical guy who is trying to get his life together, love his girlfriend, make his parents happy, and stay alive during a zombie apocalypse (so all things that we have to deal with at some point, it’s fine).

When you want to dive into a throwback classic…

Where to Watch: Starz

As another well-known Tim Burton film, this 1999 movie (featuring Johnny Depp and Christina Ricci) invites us into Sleepy Hollow, a quiet village with some secrets and a series of murders (by a headless horsemen). Join a police constable as he investigates the homicides and attempts to make sense of the seemingly supernatural occurrences that are happening around the town. It’s a creepy mystery with a touch of eerie that keeps you engaged and hoping for the answer and wishing the movie would never end.

The original movie of any series is always special and Scream is no exception—it’s the iconic film that raised the standard for all slasher movies and then coined itself as one of the most successful ones to date. Scream follows a group of high school teens who are targeted by Ghostface, a killer with a scary costume and a knife to go with it. This movie re-awakened the horror genre of the ’90s and is still satisfying to watch years later.

Where to Watch: HBOMax and rent on Amazon Prime Video

Sisters (and witches) with magical powers—played by two of our favorites Nicole Kidman and Sandra Bullock—can’t fall in love without cursing the men they’re dating. If you love the 1990s and the idea of a spooky rom-com, this one is for you! 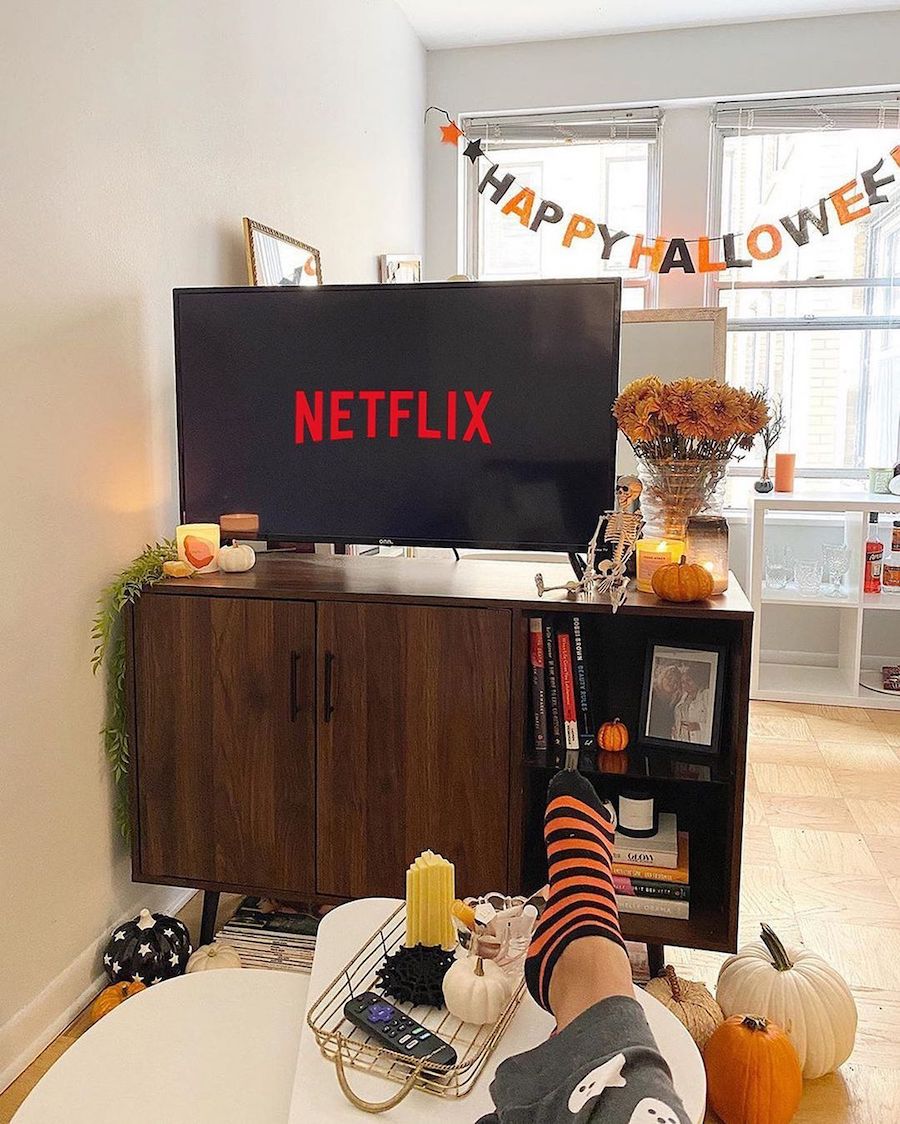 Nothing makes scary movie lovers excited and everyone else terrified like introducing a horror film and following it up with the fact that it’s based on true events. Meet: The Conjuring. The plot is all you want in a scary movie—it has ties to the famous haunted Annabelle doll, involves uncomfortable pauses in dim lighting, and follows a paranormal investigation held by two demonologists. Even though this movie won’t ruin your life, it might make you never want to hear someone clap again. Nonetheless, you’re in for a good scare (even if you close your eyes through it).

Where to Watch: Hulu or rent on Amazon Prime Video and other services

Just when you thought haunted houses were enough to scare you, Sinister is released and tells the story of a true crime writer who moves into a new home with his family—only to find terrifying Super 8 footages of home murders. Commence the creepiness of children drawing on walls, the mystery of what’s behind the footages, and the overall storyline that will have your adrenaline race a little faster each time you remember it.

Where to Watch: Peacock and rent on Amazon Prime Video and other services

Have you ever had a nightmare of being chased? Because It Follows sums up what you were probably running from. Unfortunately for the teens in this modern-day movie, the supernatural being that’s following them is one they can’t wake up from. If the ominous music in the background isn’t enough to send you chills, you’ll have to wait to watch the movie unravel to its most evil form—literally.

The Silence of the Lambs

A psychological thriller that shocked the country, Silence of the Lambs is a classic movie that sheds light on the behavior of serial killers and puts emphasis on the fact that detail is everything. The story follows an FBI trainee who steps into the mind of the infamous Hannibal Lector, a cannibalistic serial killer, in hopes to gain new perspectives to catch another serial killer. Silence of the Lambs is one of those movies that will haunt you, long after viewing.

With the remake of this Stephen King classic hitting theaters a few years back, we had to add it to our list. Whether you decide to watch the original or see the updated version, we’re going to just go ahead and state that anything that lurks in the gutters is not joking. IT will amaze you, disturb you, and live up to all the horror and suspense that everyone keeps talking about. Float on, friends. 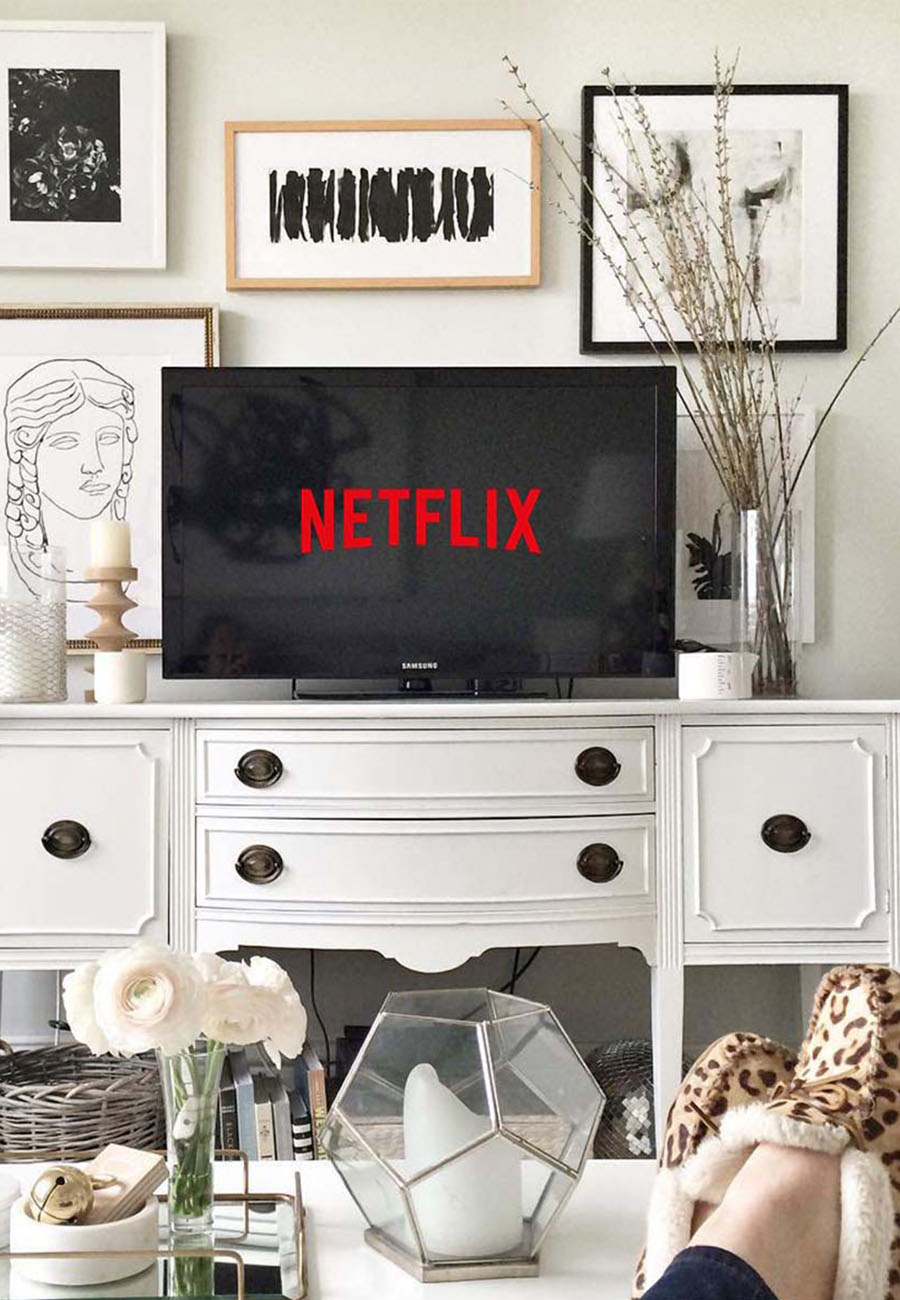