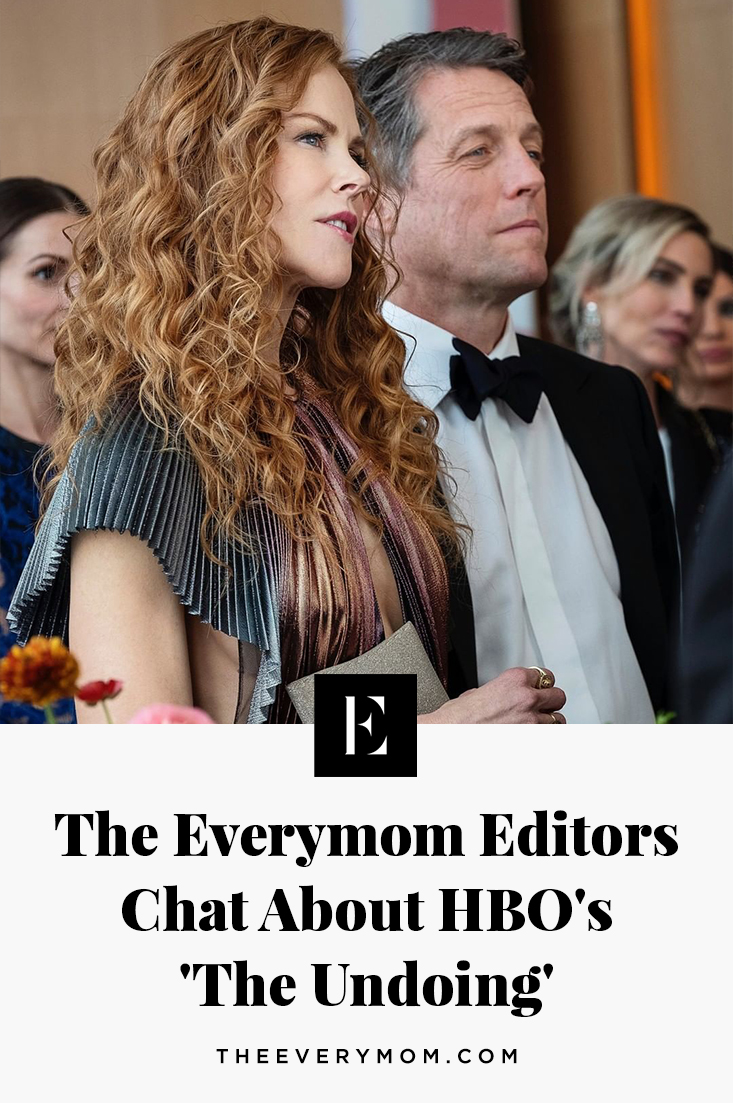 Editor’s Note: Though we haven’t included the major spoiler of The Undoing (the whodunnit part), for those who haven’t had a chance to catch up to the finale, there are some minor spoilers ahead!

This year, I can count the number of television series I’ve finished on one hand. It’s not because I’m some extremely virtuous avoider-of-screens. It’s simply because my attention span is so low that I find myself unable to sit down through a whole show, much less an entire series, without dozing off. Gone are the days of binge-watching in my jammies; now, I prefer to zonk out within an hour of my four-year-old’s bedtime.

But when our team Slack channel exploded with conversation about the new limited series, The Undoing, I couldn’t resist restarting my HBO subscription.

But when our team Slack channel exploded with conversation about the new limited series, The Undoing, I couldn’t resist restarting my HBO subscription. I was instantly sucked in by the amazing acting and flew through the season in less than a week, wrapping up just in time for the season finale this past Sunday. As soon as the team got back from our Thanksgiving break, we were back on Slack, typing over one another to share our thoughts and theories. 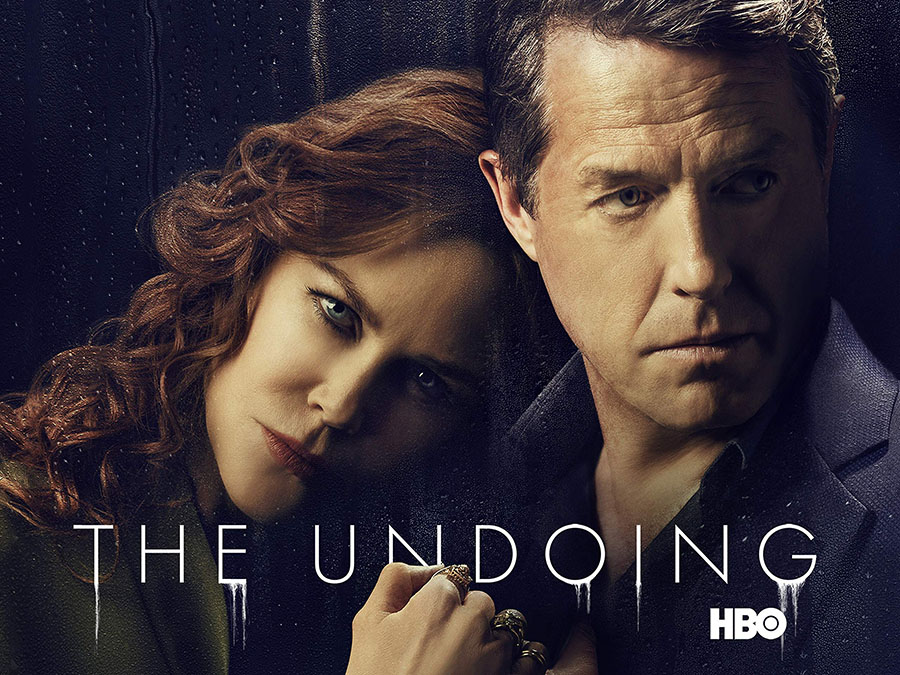 The Undoing is a moody, suspenseful drama set on the posh Upper East Side of New York. The protagonist, Grace Fraser, leads a seemingly perfect life. She’s a trusted therapist with a loving husband, renowned oncologist Jonathan Fraser, and a sweet son, Henry, who attends the elite Reardon School. Of course, all isn’t as it seems. Within the first episode, we learn that Grace and Jonathan are actually at the center of a brutal murder of a fellow Reardon School mom that combines violence, betrayal, and a lot of ambiguity.

Our editors at The Everymom unanimously loved the show and had a lot to talk about, as you’ll see below. If you’re a fan of the show and can’t get enough of it, read on.

Please note that none of us consistently used actual character names, because we couldn’t remember them, but we decided to keep it real for you and transcribe the conversation as it actually appeared on our Slack chat.

Okayyyy, ladies! Let’s start it off. What drew you guys to this show?

Jaclyn: I am super picky about shows, and I can generally tell within a few minutes if I will like it. I knew immediately that this one was going to be good.

Laura: I am a mystery lover through and through. Like, I am a die-hard Nancy Drew fan. I will always watch a mystery if given the opportunity!

Reshmi: For me, it was about it being a murder mystery (which I love) and older rich people being terrible (which I also love).

Jaclyn: Agree! I love a good mystery. No one does “fragile yet rage-y wife” like Nicole Kidman does.

What did you guys think of the musical intro? It threw me off so much.

Jaclyn: Oh, I skipped the intro every time.

Laura: I skip the intro too. I don’t trust intros after sitting through Game of Thrones intros by mistake.

Reshmi: I also felt like it was trying to tell me something about the show that I don’t want to know yet. 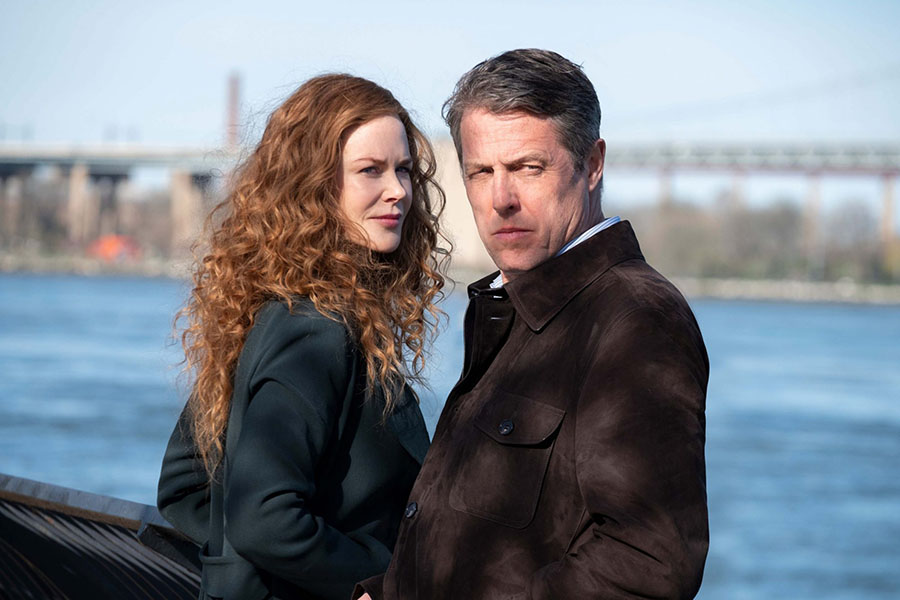 So what were your first impressions of the “picture-perfect couple”?

Reshmi: I always think there has to be something there! Do people love each other that much?

Laura: It’s never perfect. Grace’s dad gave me that sense from the get-go. That’s the kind of dad who hides secrets and pays people off.

Grace is a therapist, and Jonathan is an oncologist. Their jobs are fascinating: jobs that help people, but also contain pitfalls for a lot of ego.

Laura: Yeah, their jobs were really interesting, considering the drama they got themselves into.

And the Reardon School as a backdrop … juicy, juicy setting for secrets.

Laura: Absolutely! Secrets fall out of drinking fountains in that school, I’m sure.

Reshmi: Yes! Felt like a real-life Gossip Girl setting. And having gone to a prep school, I love when they reveal the dirty little secrets.

Ooh, how did it live up to your actual experience, Reshmi?

Reshmi: I mean, Manhattan’s always going to be way ritzier, but the rest of it matched up.

Laura: But something about their son (Henry) tugged on my heartstrings from the very beginning. IDK, maybe it was the curly sue curls, but I just wanted to hold his hand and hug him. 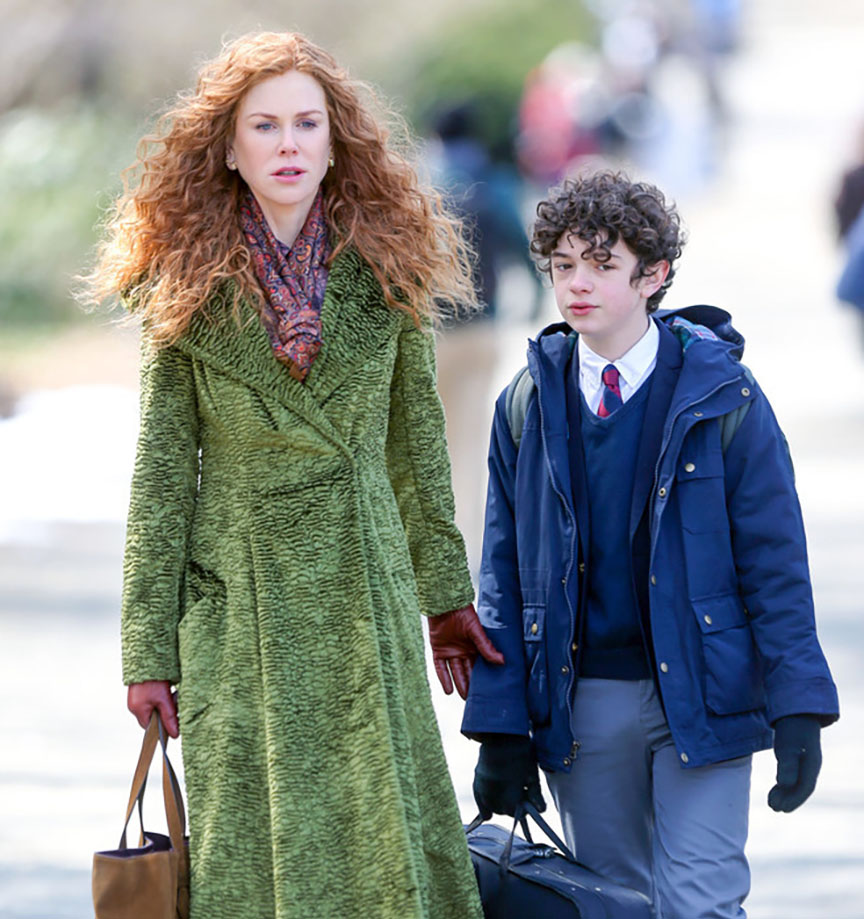 Why did we feel so bad for Henry? Because his parents were busy? Or was there something else there?

Reshmi: There always felt like there was some distance in general with Nicole’s character (Grace). She felt like she was so controlled, and I wondered if she connected truly.

Laura: I guess I just knew something was going on, and you could tell he was just trying to be a good kid. He just wanted his little Three Musketeers dreams to come true.

Jaclyn: You can see that he’s trying so hard to function and be loved in this dysfunctional family.

Reshmi: It’s always the kids who get screwed the most. They kept glossing over what Hugh did to Henry too, sleeping with another mom of a kid AT his school. Even if the murder never happened, that’s so hard to live down in school.

Speaking of Elena! Gah! the most compelling eyes I’ve ever seen.

Reshmi: She was stunning. I was like, “Oh, I get why Grace let Elena kiss her!”

Jaclyn: She was the perfect actress for that role.

Reshmi: Yeah; the right level of vulnerability and ballsiness.

I honestly didn’t quite understand HER, though. I didn’t get how genuine her admiration for Grace was or the attraction to Hugh.

Jaclyn: I felt like she would have been more believable if she hadn’t been a mom. Not that moms can’t be sexy and brooding, but she was so much of those things.

Reshmi: Did she sleep with Hugh because she loved Grace?

Laura: I think she wanted to be Grace. She didn’t want to be the other woman.

Jaclyn: That’s interesting. She had this obsession with their lives. 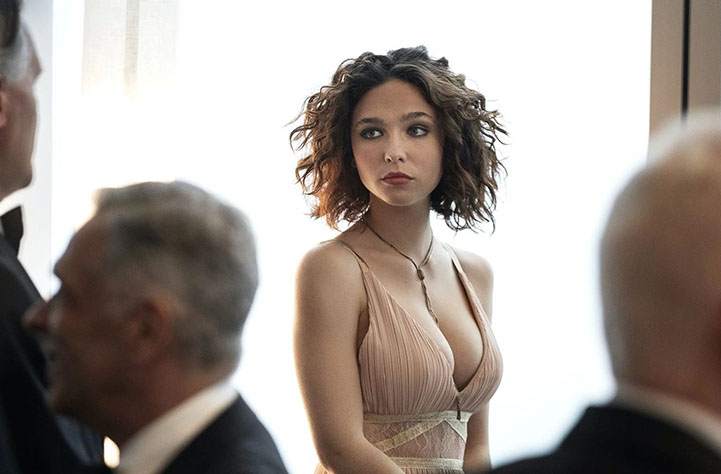 Did you ever think Hugh could have done it?

Jaclyn: I always thought he could have done it, but it seemed almost like the obvious choice.

Laura: Yes, I thought he could have after I heard his mom speak about his lack of remorse.

I was a bit in disbelief because his mother didn’t seem a very reliable narrator either.

Laura: She was … not a very nice woman, I’ll say it that way.

Reshmi: Yeah, the death of a kid is such a hard thing, and it mucks all of the emotions up.

Do you think you’d be able to identify a sociopath IRL? I often wonder if that’s a skill set I have, considering my former dating pool.

Reshmi: I love to think I would because I am a hyper-vigilant person.

Jaclyn: I like to think you’d get a feeling in your gut.

Reshmi: I mean, I do think you could now identify the sociopaths you dated at 18!

Grace could potentially be MARRIED to one, though, and she’s a psychologist. The level of self-deception! But wait. IS SHE DECEIVED? Or does she on some level know what he could be capable of?!

Laura: If she’d had known about the sister incident, she may have put it all together.

Jaclyn: I think she was actually deceived.

Reshmi: Eventually, she would have realized there were signs if she had been paying attention. All the info was there, but her framework was off.

I have a question: do we really think he loved Elena like he said he did?

Laura: Not even 1 percent.

Jaclyn: I think he just loved her loving him. 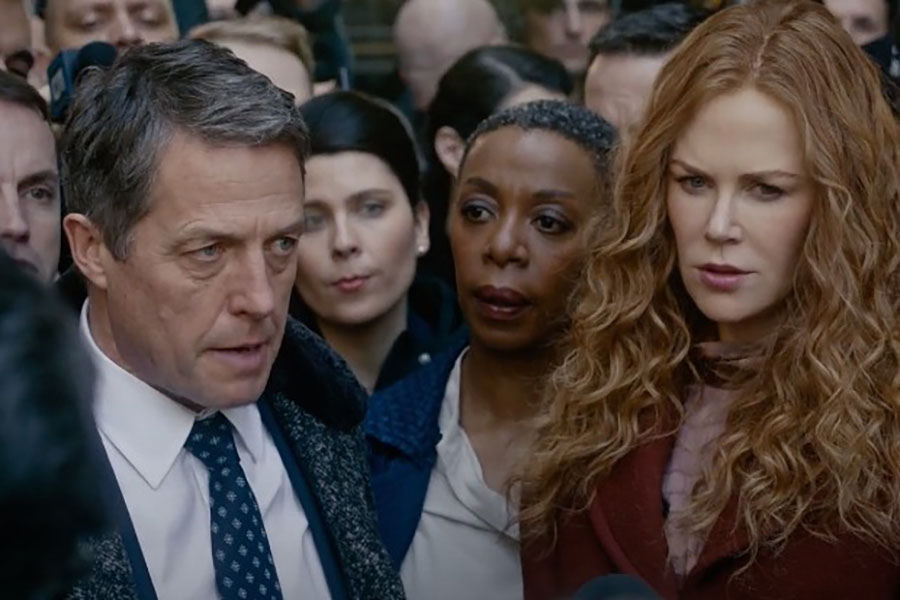 What was your favorite part of the show?

Jaclyn: I love how there is a motive for almost every character to be the killer so you really don’t know.

Laura: Grace’s hair and coats, but also the lawyer—she’s ruthless!

Reshmi: Love the slow unraveling of a perfect family (it makes me feel validated, LOL).

Laura: WHAT IS THE BLONDE FRIEND’S POINT IN THIS SHOW? Ugh.

Reshmi: I said the same thing! Why is she inserting herself into Grace’s life? She’s a total red herring.

Reshmi: LOL, don’t even know them.

Reshmi: Also, I really get annoyed when I feel like female characters are underwritten and oversexed.

Do we think there will be a Season 2 of the show?

Jaclyn: I do, based on something Nicole said in the after-the-show part.

I HOPE so. Last question: which character from The Undoing do you most identify with?

Reshmi: The cute detective. I love to believe I could solve a mystery single-handedly.

What are your thoughts on The Undoing? Let us know in the comments or over on Instagram!

Read More: 14 Shows to Binge-Watch on Maternity Leave (or Anytime!)