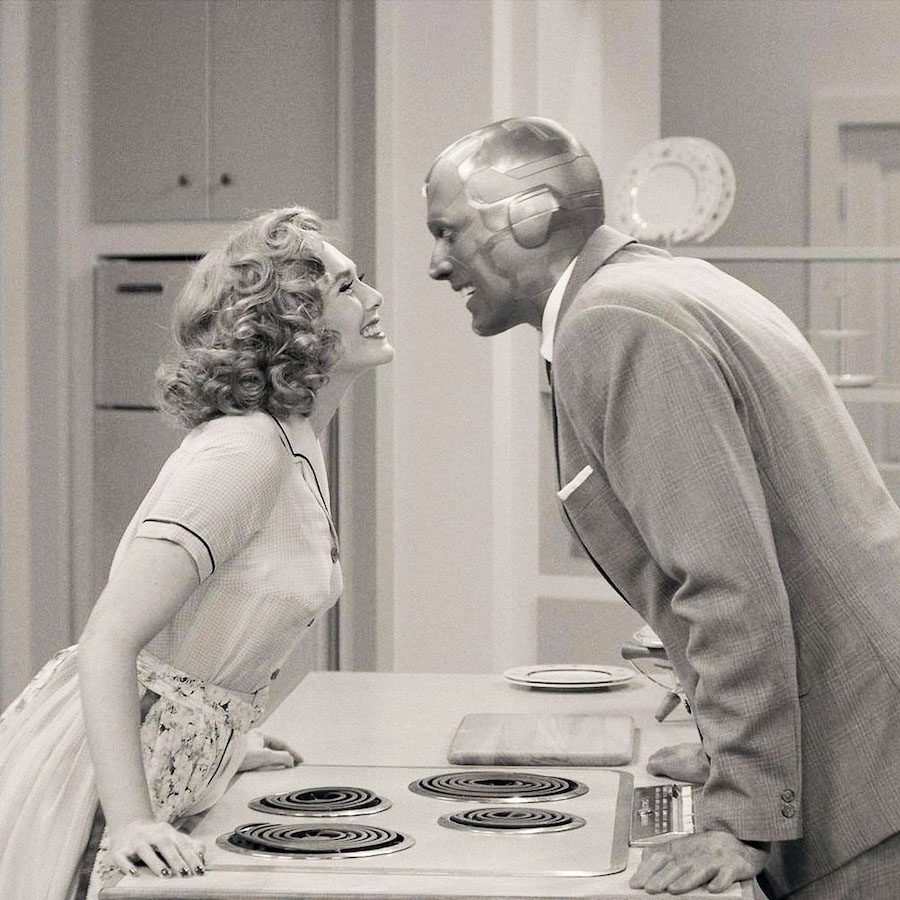 I am not a comic book mega fan, but I can’t resist a good Marvel movie or storyline. There’s a lot of attractive humans and I usually love their brand of humor amid action. Plus, they dip their toe in the complexities that make us all human. So when WandaVision was announced as a new Disney+ show, I was excited to tune in to watch. And it did not disappoint.

The entirety of the show is an homage to grief: what happens when grief is all-consuming, when we don’t acknowledge it, and when we finally reckon with it. Whether you are a fan of Marvel or not, the show lets us see that even superheroes have to grapple with their human side, and that there is no shame in any of it. The finale brings it all home, and it really made me ask myself: Do we recognize how much we grieve and can we give ourselves grace for it?

The finale brings it all home, and it really made me ask myself: Do we recognize how much we grieve and can we give ourselves grace for it?

If you are unfamiliar with the Marvel Cinematic Universe, Wanda and Vision are both Avengers who were once thought of as dangerous. Wanda, having grown up as an orphan and used as a pawn for a rebellion group, was so very lonely, particularly after the death of her twin brother. Wanda and Vision bonded over their loneliness and finally found home within each other. But then Vision was one of the many casualties of Avengers: Endgame.

Throughout WandaVision, we learn that Wanda has created an entire world with her magic because she couldn’t live in a world in which Vision had died. In this world, they get to have the two kids that they always wanted, a beautiful home, and they are deeply involved with their community. But, while the world is everything she ever wanted, she begins to see some cracks.

It’s finally revealed that in the storm of her grief, she forced the people of a real town called Westville to participate in her created world as actors. She has become the villain of their stories, keeping them from their homes and loved ones. Her choice is to lose Vision and her children, or to keep the people of Westville hostage in their own bodies for the rest of their lives.

While I like to think of myself as a good person, I admit I watched this unfolding on screen and thought, “I don’t think I could give up my husband and children.” Because I remembered when I had wished for that perfect life, too, and what it meant to come to terms with the death of that dream.

Because I remembered when I had wished for that perfect life, too, and what it meant to come to terms with the death of that dream.

Watching her say goodbye to her boys, letting go of the future that could have been, I remembered my dilation and curettage so sharply. I had miscarried, but my body wouldn’t let go, so I decided to schedule the procedure. I remembered the fog I lived in for the months that followed every time I remembered I had planned for a life with a baby in it; now I had to adjust that plan.

That grief was all-consuming to me for a long time. After that moment, though, I started to see the world differently. Because I was often grieving and had never realized it before. When I didn’t get a job I really wanted. When I realized my show would be pushed back another year. When trying to create boundaries with people I loved.

I was taught to always swallow my grief. Sadness is not an emotion allowed in my family, so I learned to bury it so deep that I never had access to it. Until finally one day, I couldn’t hold it back anymore and it spilled out all over everything and refused to go away unless I finally dealt with it.

Until finally one day, I couldn’t hold it back anymore and it spilled out all over everything and refused to go away unless I finally dealt with it.

In the WandaVision finale, Wanda acknowledges that she was reckless and harmful when she was buried by her grief. When she finally wakes up and sees the chaos she has sewn and the irreparable harm she caused, she has to make the difficult choice to own up to her mistakes, make amends as best she can, and commit to not causing harm again. None of it is easy, but in the end, she finds a version of peace.

I think about my own quest for this peace. Over the years, I’ve been trying to develop a process for myself: How do I navigate grief in a healthy way? What parameters can I give myself? Because when I was still trying to bury my grief, I was failing at work, I was failing my friendships, and I was failing my marriage. And I don’t say that to beat myself up, but rather to just acknowledge how everything is interrelated and if I want to do better by myself and others, I have to know where to start.

And I don’t say that to beat myself up, but rather to just acknowledge how everything is interrelated and if I want to do better by myself and others, I have to know where to start.

My husband and I are now entering the next phase of fertility treatments and in the last month, I finally admitted I might want to get off this fertility train. I am tired, the hormones are making me feel out of control, and the joy of the process has finally flown the coop. In talking about the potential of stopping treatments, I found a lot of happiness and joy. It felt like a sentence had lifted. But I’m still checking myself for signs of grief.

When I get overwhelmed with sadness, instead of pushing it aside and continuing working, I try to sit with it. I try to give myself grace for being sad because I’ve wanted to be a mom for a really long time. I know it doesn’t mean that this new choice is wrong. It just means that grief can manifest in a bunch of different ways and it’s important that I listen to it and hold it.

What WandaVision did so beautifully is that it showed us the fierce and awesome power of grief. It manifested in an ancient chaotic magic. What an accurate and stunning way to think about what loss can make us capable of—and how we can construct our own peace when we’re ready to.

Read More: The Children’s Book That Got Me Through the First Days of Grief