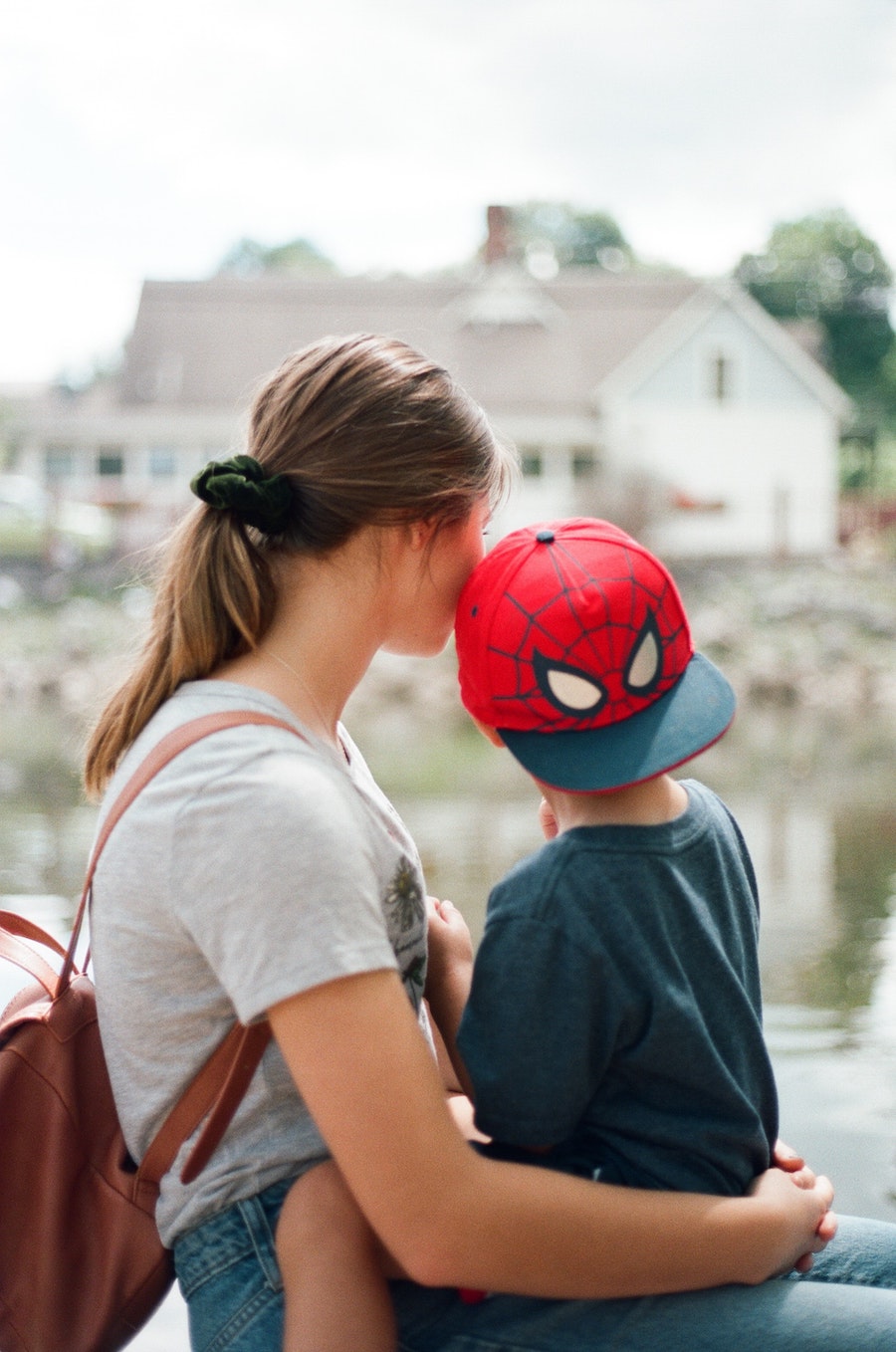 Most moms get that feeling that lets us know when we should be concerned. Maybe it’s sharp, tingly, or vaguely fuzzy. And as my eldest son, CJ, started falling behind his peers behaviorally, my mom instinct told me to fight for him to get tested for autism.

When I first started to suspect that my son was a little different than children his age, he was barely 18 months old. As he grew, I noticed behaviors like extremely long meltdowns and head-banging that didn’t seem typical for his age. I made it a point to ask his primary care doctor if we should be concerned.

I was told that he would grow out of it, but another year passed and my concerns grew. Meanwhile, everyone else in our life told me there was no possible way that he could have autism because “he was too smart.”

The idea that autism would mean my child wasn’t smart rubbed me the wrong way, and I started to think about the ableism suggested by that statement. Having a disability, intellectual or physical, did not equate with a lack of intelligence. After all, I am a woman with disabilities and I am also very intelligent. From my experience with disabilities and medical complications from a young age, I knew how important diagnosis was in order to receive proper treatment.

The idea that autism would mean my child wasn’t smart rubbed me the wrong way … Having a disability, intellectual or physical, did not equate with a lack of intelligence.

I hated that family, friends, and even doctors rejected the idea of autism based on their preconceived notions of what an autism diagnosis meant. When I was a child, I distinctly remember my doctor’s refusal to do proper testing. After being diagnosed years down the line, I knew it was important to push for my son to get further testing so he could receive proper care without a delay. 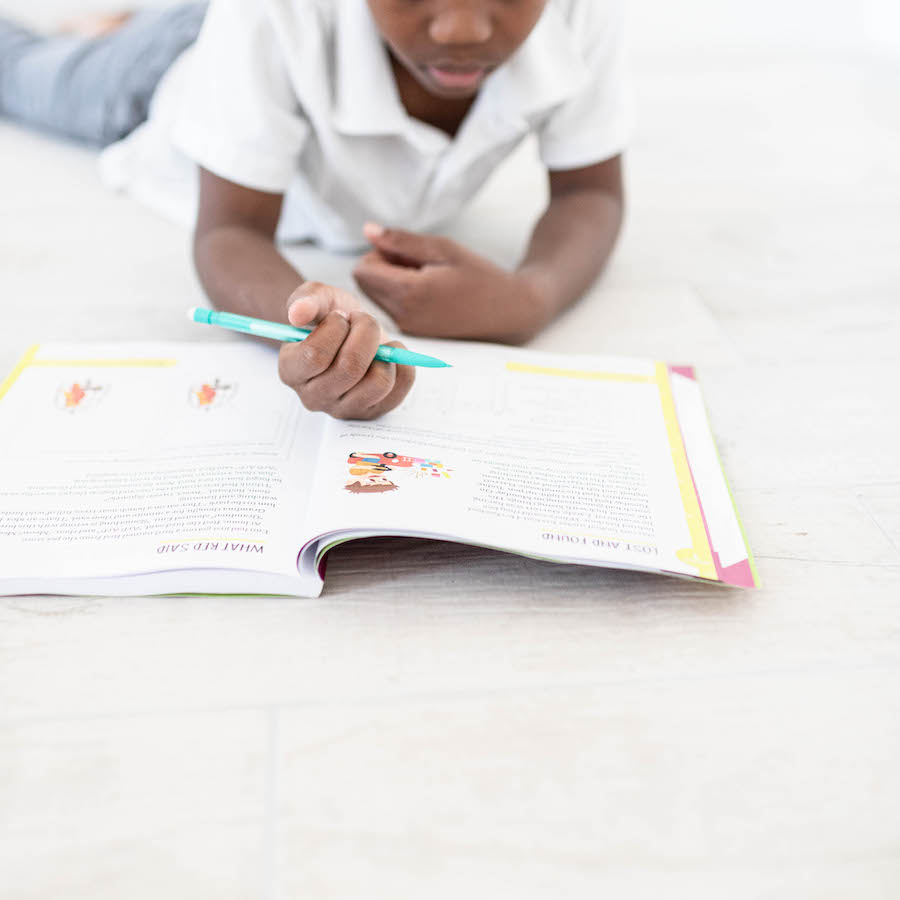 Meanwhile, my son struggled within social situations, had massive meltdowns, and had other triggers that seemed different from his peers. Each time we planned to go on a playdate, I worried about how he would react in new environments and if he could play with other children without being aggressive.

It was a red flag that he was experiencing some sensory triggers.

I became extremely aware that his reactions were different from neurotypical experiences when his six-month-old brother joined a music class full of drumming, singing, and playing other instruments. CJ started having meltdowns that pulled me away from my younger son, as he giggled and tried to dance along. It was a red flag that he was experiencing some sensory triggers. It was hard to ignore when many of his peers, including his younger brother, were having a good time. This was when I knew without a doubt that CJ needed to be properly tested with more than a few questions in a busy doctor’s office.

Fortunately, I was aware of the signs of autism. I’d worked with adults who had intellectual disabilities—many with autism. I’d become familiar with the basics of behaviors and triggers that were indicative of an autism diagnosis. And fortunately, due to my familiarity with treatment plans and how to address certain behaviors, I was better prepared to be proactive and anticipate my son’s needs. I would have never guessed that the job (and my degree in psychology) would have helped prepare me for becoming an advocate for my son. It taught me how important diagnosis was when trying to obtain the proper therapies that could help him.

Still, I worried about his transition to a pre-school class, where he would have to depend on the time and attention of often overworked teachers to help him cope.

I had worked closely with behavioral therapists and was familiar with the documentation of therapies for insurance, so I knew firsthand how helpful it was to have a diagnosis and a record of behaviors.

I had worked closely with behavioral therapists and was familiar with the documentation of therapies for insurance, so I knew firsthand how helpful it was to have a diagnosis and a record of behaviors. Speech therapy, behavioral therapy, and physical therapies would not be provided by private insurance—or even schools—unless a child had documented needs from a physician or an evaluation by the school. 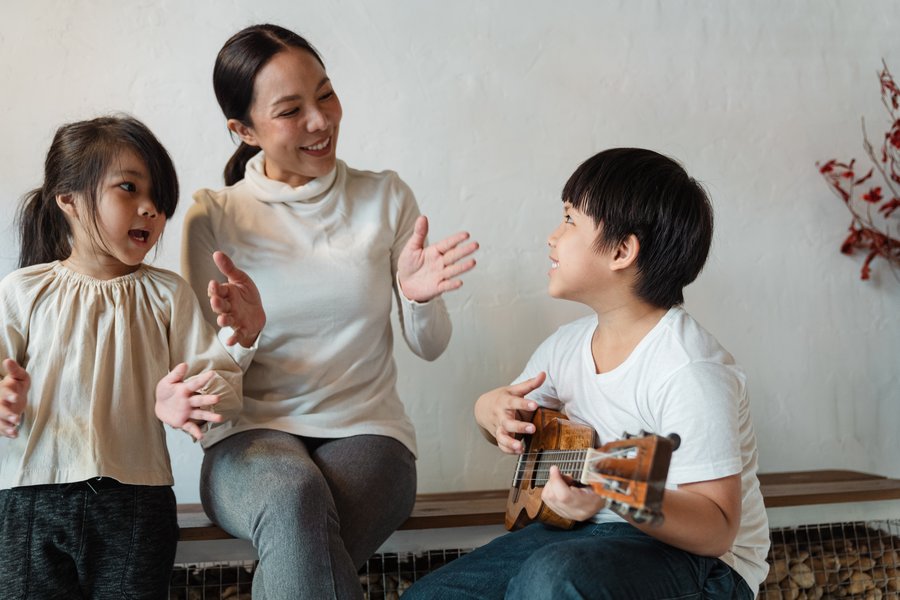 I knew finding an expert in children’s behavior development and autism would be the best course of option. But I quickly learned that many doctors had waitlists nearly a year long, and the ones who had availability did not specialize in toddlers. The doctors we did see said he was too young for a diagnosis, and others tried to tell me that my then 3-year-old had impulse issues and should be on medication.

We went to appointment after appointment looking for help from a professional to guide us, but due to massive backlogs for mental and behavioral health specialists, my son started pre-school before he was seen. It took less than a week for his head-teacher to pull me aside from the pick-up line and whisper her concerns. CJ was struggling to fit in with other toddlers and had thrown mulch at other students on more than one occasion. We were lucky to have very understanding pre-K aides that would work one-on-one with him as often as they could; but due to limited staff, it wasn’t a long-term solution.

His teachers gently suggested over and over that he get tested, but each number they gave to services again took months to book an appointment.

“He’s so bright and happy most of the time, why do we have to do all these tests,” asked my husband.

“I really think he’s fine. He’s the smartest kid I know,” my mom would tell me.

Throughout the entire process, I second-guessed myself and even started to hate myself for dragging our son to various doctor’s appointments and tests that always seemed to be an hour’s drive away. But still, my gut wouldn’t let me give in. 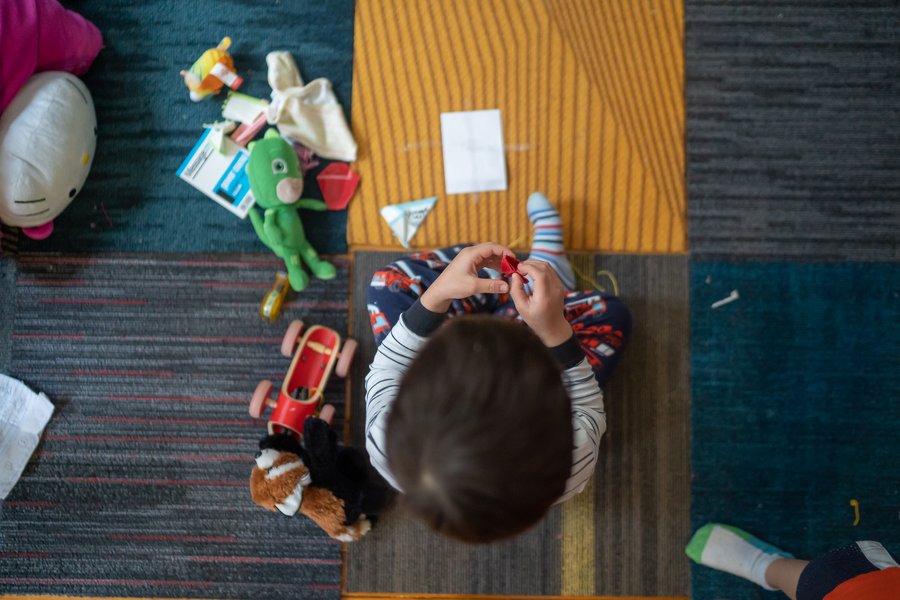 It wasn’t until I sent my husband with our sons to their music class that things changed. After second-guessing my son’s behavior as basic toddler antics, my husband quickly learned that he wasn’t just the average toddler acting out for attention. Barely fifteen minutes into the class my husband texted me, “I think you may be right. None of the other kids are acting like this.”

Barely fifteen minutes into the class my husband texted me, ‘I think you may be right. None of the other kids are acting like this.’

The relief was palpable. I knew I wasn’t exaggerating or making things up in my head; there was something different about our son. With a sigh of relief and my husband now firmly behind us, we continued testing until months later, when we left with an autism diagnosis from a therapist specialized in children’s behavioral development. For the first time in months, my husband and I breathed easily.

Our son was now approved for speech therapy, behavioral therapy, and a one-on-one aid. After just a week or two of services, we could see the changes in our son’s behavior. But most importantly, he was happier and was making friends.

Having a diagnosis of autism wasn’t the end of the world, but the beginning of a beautiful one where doors previously closed were finally open to him.

Read More: 6 Items That Make Leaving the House Easier for My Child With Autism