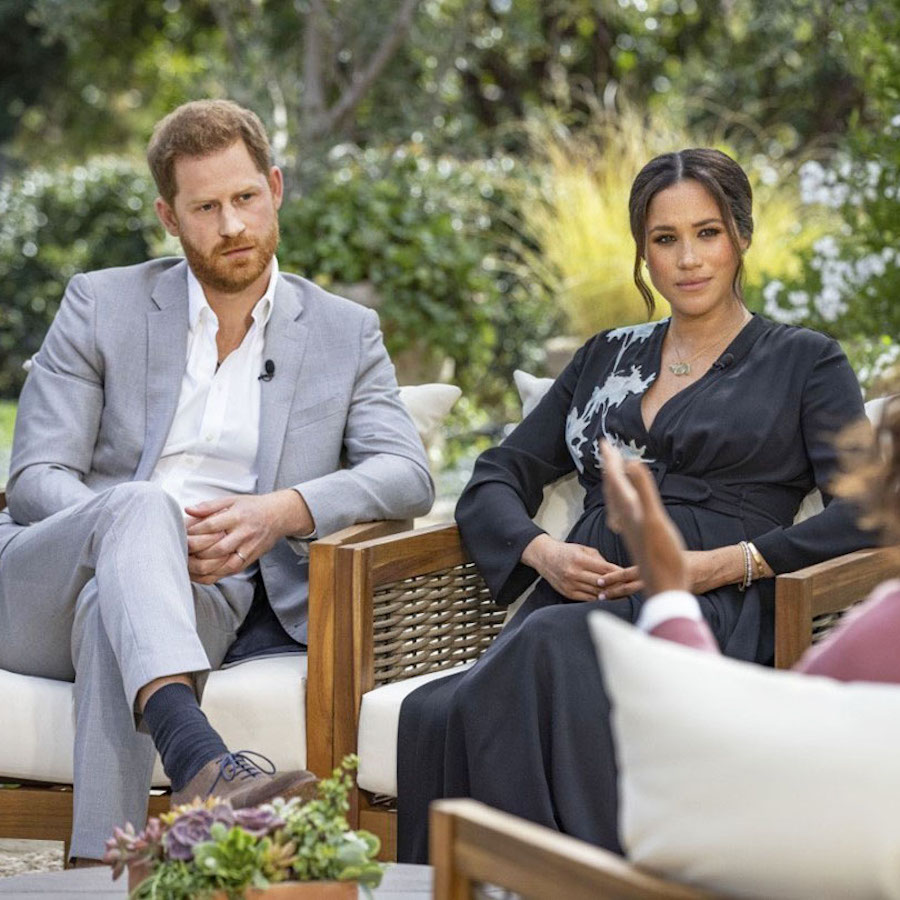 Trigger Warning: In this article, the author mentions suicidal ideation.

The death of Princess Diana was one of my first memories of collective tragedy. Though I was in middle school at the time, I felt the impact rippling through society. As I got older, I started to better understand why. The overreach of the paparazzi was horrible and they literally hounded Princess Diana and Dodi Fayed to death. But as I am now in my mid-30s, I understand the deeper impact and how one’s family influences a person’s sense of self. Particularly with Oprah’s recent revealing interview with the Duke and Duchess of Sussex (Prince Harry and Meghan Markle). Just as Diana struggled with the royal institution and lack of support, so do Harry and Meghan. And it made me think about my own family: where support has existed and where it has not.

If you missed the epic interview, here’s a quick rundown: recently, after several years of combating the media and (as it turns out) the institution of the royal family, Harry and Meghan decided to leave their roles as senior royal family members. They eventually moved to Los Angeles, where Meghan is originally from. When they spoke to Oprah, they revealed how lonely Meghan had felt and how alienated they were from friends and even family. Meghan and Harry talked openly about her suicidal ideation, racism, and personal safety and the response they received from the institution and, by extension, the family.

When they began to express that they believed the vitriol they faced from the media was racist, the institution and the family both downplayed that aspect. Instead of listening to these two people, everyone dismissed their feelings and concerns. In fact, members of the family were mimicking the tabloids, with concerns raised over the potential darkness of Archie’s skin.

No matter how famous you are, no matter what level of security we think they have, they are still not protected from this kind of pain or trauma. Their family will not stand up and support them, and that is a massive loss. And when they talk about it, more people in the world are willing to listen. And that matters.

If I have learned nothing in my 30-odd years of life, I have learned to start listening when people say what they are feeling. I am not in their shoes. It is not mine to dismiss or judge their feelings; only to witness, acknowledge, and support as best I can. When I am frustrated and sharing my pain with others, what shuts me down the quickest is when people question whether the wound was ever even made. “Are you sure you heard them right? Maybe they didn’t mean it.”

If I had a nickel for every time people tried to dismiss racism I personally experienced, I’d be as rich as Jeff Bezos. (OK maybe not, because hopefully I’d share that wealth.)

When I am frustrated and sharing my pain with others, what shuts me down the quickest is when people question whether the wound was ever even made.

Watching that interview, I was reminded of difficult conversations I’ve had with both my own family and my in-laws. People really struggle to hear someone share something painful that requires a shift, even if only in thought. I was in my 30s the first time I was able to communicate to my own mother why racism has been so difficult throughout my life. It’s always been so painful to me, but my mother never understood why I took it so hard.

Watching comic Hasan Minhaj talk about it in the Netflix special Homecoming King actually helped me figure out how to talk about it with her. Minhaj helped me realize our immigrant parents feel lucky to be here, to be a part of the American Dream. To them, we need to keep our heads up and the racism is just the price of admission. But for me, who is born here, being told I don’t belong here or in India, I have a different relationship towards racism. My mother finally heard me when I told her that. But it took a long time to get there.

People really struggle to hear someone tell them something painful that requires a shift, even if only in thought.

That conversation opened the door to more communication between us; a more direct sharing of feelings and directly acknowledging them as well. There have been a lot of growing pains between me and my mother. It’s a new way to relate. But we are slowly able to practice listening, supporting, and loving each other. And we place boundaries as needed. Instead of talking 17 times a day, we chat when we are able to hear from one another. I am beginning to feel more confident in the relationship we are developing. But not everyone in my family has listened when I came and told them I was hurting. It’s something I’m still grappling with.

Watching the interview really brought that home for me. Particularly with Prince William’s recent response which included the statement, “We are very much not a racist family.” Even if you can ignore the history of imperialism and colonialism imposed by (current members of) the royal family (Jamaica, India, South Africa, and more), Harry and Meghan told the institution, told family members that racist things were happening to them. For William to speak out and actively deny their statement shows that he is not listening. It is difficult to stay close to people who are actively denying your reality.

For William to speak out and actively deny the statement they are making shows that he is not listening. It is difficult to stay close to people who are actively denying your reality.

So when the world finally learned Harry and Meghan decided to leave their roles and lives in the U.K. and put down roots elsewhere, it might have seemed surprising until they shared this context. It’s a lesson we should all take with us. Sometimes we need to make decisions for our own well being, for our children, for any multitude of reasons. We can ask for space from people who are harming us, intentionally or otherwise. We can seek our own safety and well being and it doesn’t make us bad people. And when people tell us that they are in pain, our only job is to believe them.

Read More: How to Have Complicated Conversations With Your Family About Race