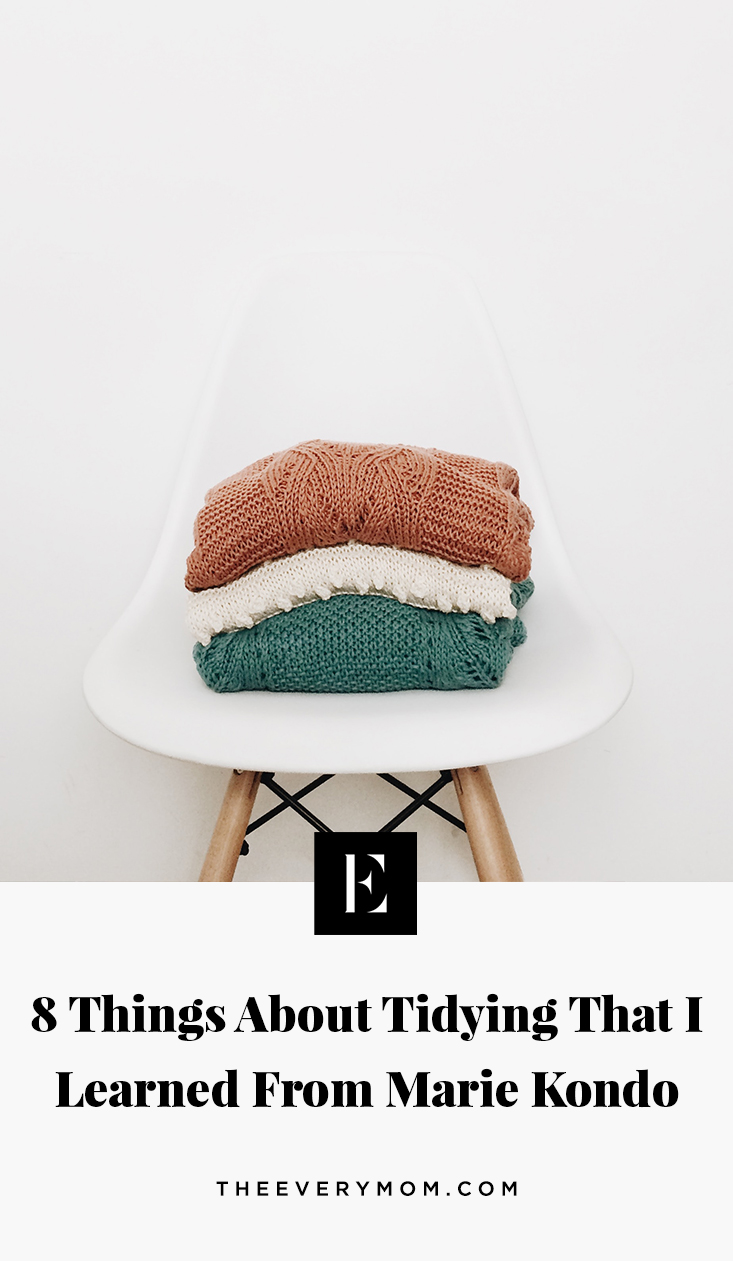 It’s been a year since Marie Kondo’s Netflix show debuted and so many of us are still captivated by her, and with good reason. Who can resist her sweet nature and hardcore tidying tips? She is known to transform households (and the relationships of the people living there) for the better, and thanks to her show — which you can still stream! — all of us can reap the benefits of the KonMari method.

As someone who admittedly has way too much stuff, I was looking forward to seeing her process of working through a home, and the first episode did not disappoint. Set in the home of a young couple with two toddlers, this episode and the struggle of keeping up with house and kids and stuff was entirely too relatable. The couple’s constant declaration of “but how did it get like this?” was spot on. We’re so consumed with our daily lives, the hustle of having kids and working, being needed by everyone all the time, and the lack of energy and downtime that things just unintentionally pile up, and there is always something to do. The message of the whole episode is one I needed to hear – it’s OK, and you can pivot.

I was looking for organization ideas and what I found in that first episode of Tidying Up was a universal perspective on parenthood as well as those tips to keep things tidy. Here are eight things I learned from Marie Kondo.

Tidiness and order bring calm and clarity, and that’s true whether or not you’re a neat freak or very type B. Getting rid of things can give you an emotional release, in addition to increasing the function and form of your home and life. 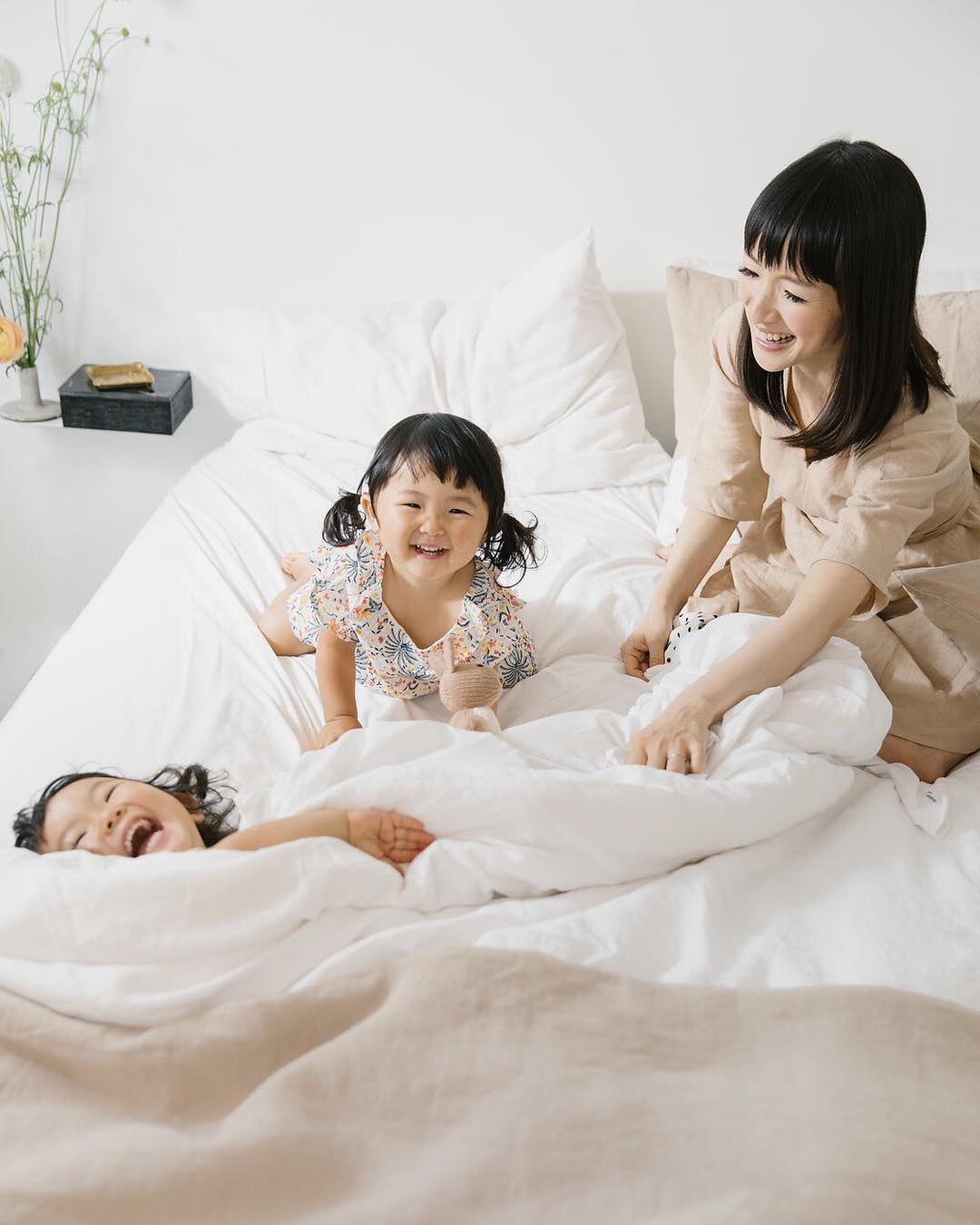 There are two major problems in our home: 1) I never know where anything is and 2) I never know if I have enough of something. As Marie Kondo explains in her show, this issue boils down to how things are stored. When you can’t see it, you can’t find it, you don’t know it’s there. She says this leads to people buying more things when they probably already have what they need at home.

Her solution is to store things upright instead of stacked – especially clothes in a drawer. This way, when you open a drawer, you know exactly what’s there. No digging, no searching, no tousling up the whole drawer to not even find when you’re looking for. This is one of those tips I’m going to implement right away. There’s really no reason not to.

De-cluttering is a process. It takes actual time, time which you probably don’t have large chunks of. So, don’t be so hard on yourself. Take one step at a time. Don’t feel bad if you don’t even get one category done in a day. The truth is that when you are trying to make things better, it often looks worst at first. That’s OK. Just keep going.

De-cluttering is a process. It takes actual time, time which you probably don’t have large chunks of. So, don’t be so hard on yourself. Take one step at a time.

I love this one super-fluffy aspect of the KonMari method because it shows an intense appreciation that we don’t have for the stuff in our house on a daily basis. I’ll be the first to admit that I often lament my house and furniture and stuff because it’s old or not cute or half-broken. But, all of these things have brought me through to now. My kids learned to climb on those old couches, I made healthy meals for my family with mismatched pots and pans, we played with these toys together, and these clothes tore as they provided an opportunity for exploration and discovery and growth.

Yes, I can’t wait to get rid of them, but yes, I should also be thanking them. And yes, these old things will allow me to appreciate what comes next even more. 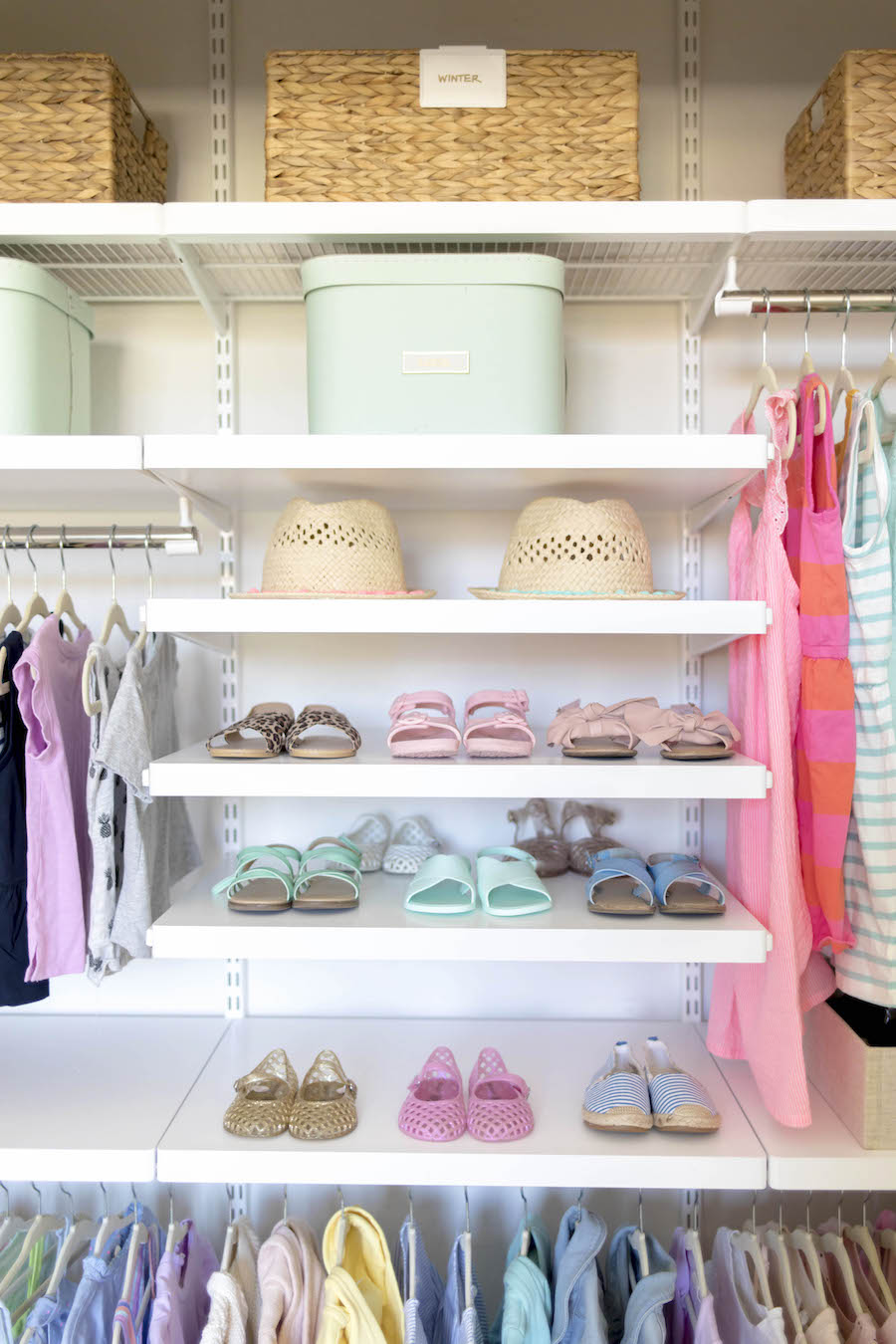 5. You don’t need new things or spaces to transform yours

Often we think that if we just had *this* or if we just had *that* everything would be better and easier. What that mentality does is just prohibit our growth and the fact that we can actually take care of things as they are instead of waiting for the future to give us a break.

What Tidying Up showed me was that just the solitary act of de-cluttering is enough to make a space look fresh and new. And you know what? Even my very old IKEA TV stand doesn’t look half bad when I take out all that junk stuffed inside of it.

6. Everything needs a home

Ah, the cardinal tidying rule at which I epically fail. But this one’s a big one if you’re determined to keep things clean and clutter-free because if there’s no place to put something, it’s just going to pile up. So, you have to be vigilant about 1) putting things back where they belong and 2) prioritizing and getting rid of or storing whatever doesn’t fit.

What Tidying Up showed me was that just the solitary act of de-cluttering is enough to make a space look fresh and new. And you know what? Even my very old IKEA TV stand doesn’t look half bad when I take out all that junk stuffed inside of it.

7. Teach your kids to tidy

Everything needs a home works great with kids too – if you teach them to do it. Young kids love to help, but we often push their efforts aside because they either take too long to do it or just make a bigger mess while trying to help. But, learning this skill is important for them and it’ll save you a headache in the long run if your kids are picking up their own toys at least half of the time.

Marie notes that her daughters watch her tidy and so want to do it, too, and that makes sense – after all, don’t our children just want to do what we do? 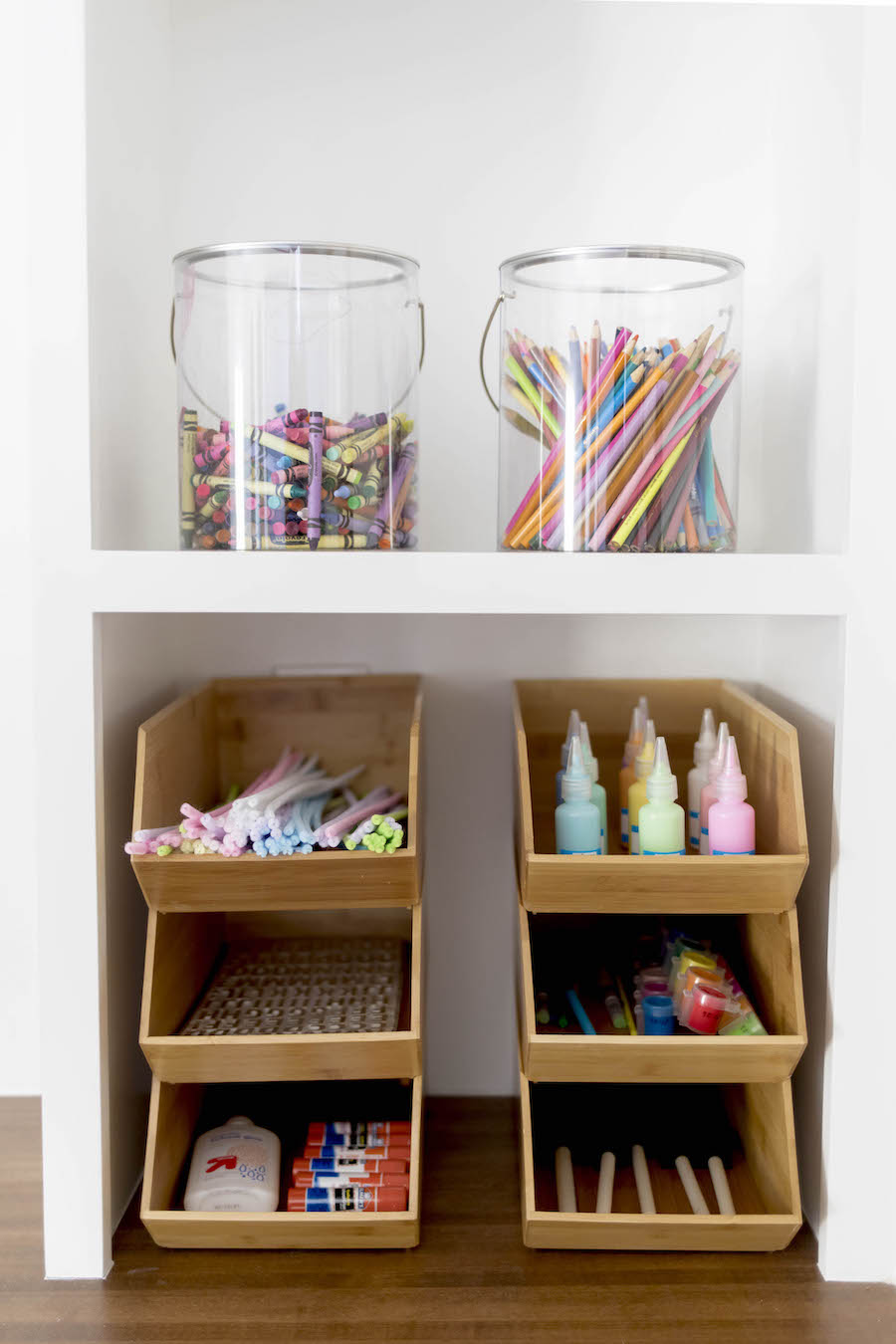 8. The overwhelming feeling of parenthood is universal

I teared up multiple times while listening to the couple talk on this episode about their life – their feelings of tiredness, chaos, and loss of control and their feeling less than as parents are so relatable and it was validating to know I’m not the only one who feels this way or is not happy with the state of their home. They also stressed how this disorder was impacting their marriage and their ability to connect with one another. With so much to do all the time, there was not a moment left for the two of them.

All of these emotions are so relevant to many parents and it brings up the point (again) that tidying has more to do with energy in a space than with organization itself. As Marie suggests, if the things around you don’t spark joy, how will you ever feel good in your space?

Read More: 8 Things to Tackle in Order to Organize Your Home and Life for the New Year